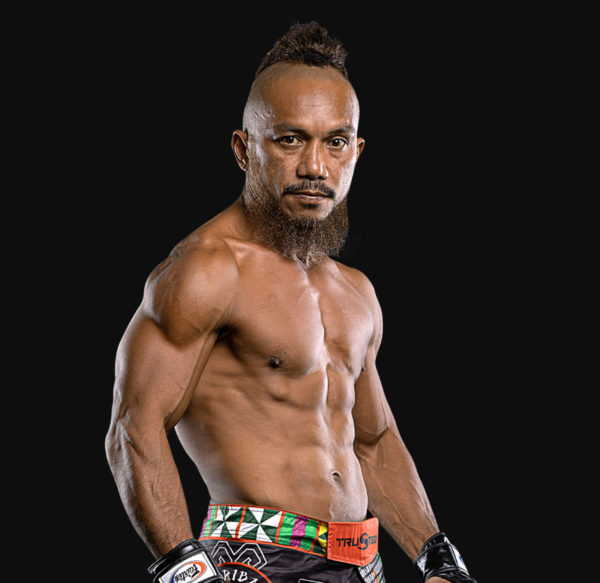 ONE Malaysia Featherweight Tournament Champion AJ Lias Mansor was born and raised in Kota Kinabalu to a single mother with nine children, who put him up for adoption at a young age. However, his adoptive mother passed away, and he later returned to his birth home. A hard worker from a young age, Mansor would sell fruit and snacks door-to-door to help the family get by, and was diligent at both his studies and sports.

Starting at the age of 7, Mansor took up the traditional Malay martial art of silat, and also trained in every discipline he could, including judo, karate, Muay Thai, wrestling, and BJJ. After teaching martial arts in rural Malaysian communities for a few years, he relocated to attend the University of Malaysia in Kuala Lumpur. At the same time, he was a member of the Malaysian national rugby team, traveling to different countries to compete.

A lifelong fan and student of the martial arts, Mansor found the training options in his country lacking, so he formed the Borneo Tribal Squad in 2008 to train the next generation of Malaysian stars. His most notable student is women’s martial arts pioneer Ann Osman, who quickly rose to international prominence in ONE Championship.

Avg. Bout Duration
07m : 54s
Total Duration
0h : 23m : 42s
WATCH.ONEFC.COM Gain access to LIVE events
WATCH
STAY IN THE KNOW Join our mailing list!
Subscribe
Get The ONE Super App The Home Of Martial Arts
Open In App
Opponent
Event
View Highlights
Stay in the know
Take ONE Championship wherever you go! Sign up now to gain access to latest news, unlock special offers and get first access to the best seats to our live events.
By submitting this form, you are agreeing to our collection, use and disclosure of your information under our Privacy Policy. You may unsubscribe from these communications at any time.