Leandro Ataides of Rio de Janeiro, Brazil, went up against Egypt’s Mohamed Ali at Manila’s ONE: AGE OF DOMINATION in December 2016, and what transpired was one of the most compelling knockout victories of his career.

After figuring in a back-and-forth battle in the first round, in which both fighters had their moments, Ataides began to open up in the second. Despite Ataides’ high-level Brazilian jiu-jitsu pedigree, the former title challenger opted to keep the fight standing to trade with Ali at the center of the cage.

The thrilling end came with Ataides flying three feet into the air, finishing Ali off with a perfectly-placed flying knee. The way Ataides leapt at Ali with such speed and velocity was absolutely awe-inspiring. Ali was out like a light.

It must have felt great for Ataides, who was able to snap a three-fight skid, finally earning his first victory inside the ONE Championship cage since 2014. An ecstatic Ataides went on to celebrate a hard-earned victory in front of thousands of screaming fans in Manila.

He will now enjoy the added satisfaction of knowing it was the top-rated knockout of 2016 in the promotion. 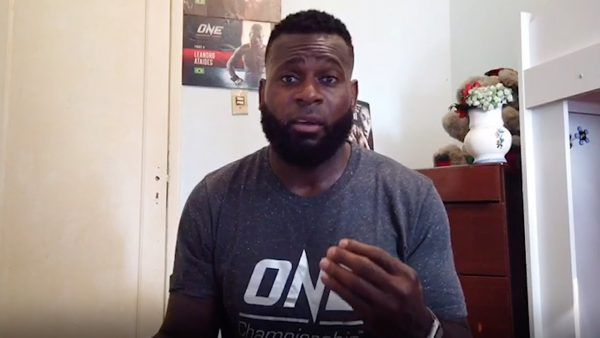