The 23-year-old Chinese Sanda Champion showcased his versatile skill set at ONE: BATTLE FOR THE HEAVENS. He submitted fellow compatriot Ma Xu Dong via guillotine choke in their 68-kilogram catch weight bout.

Zhao Zhi Kang submits Ma Xu Dong with a tight guillotine choke at 1:08 of the third round!

A furious start to the contest saw Zhao go for takedown attempts, while Ma retaliated with sledgehammer-like punches.

Ma was undoubtedly looking for the knockout with every punch he threw, but his adversary did his best to avoid those heavy-handed shots.

Following a pair of brief pauses due to accidental groin strikes, the action picked up.

Zhao immediately launched a lightning-fast kick that rattled the veteran kickboxer. He followed up with a takedown, and then went for an armbar. Ma, however, was able to stay out of the submission long enough for the round to come to an end. 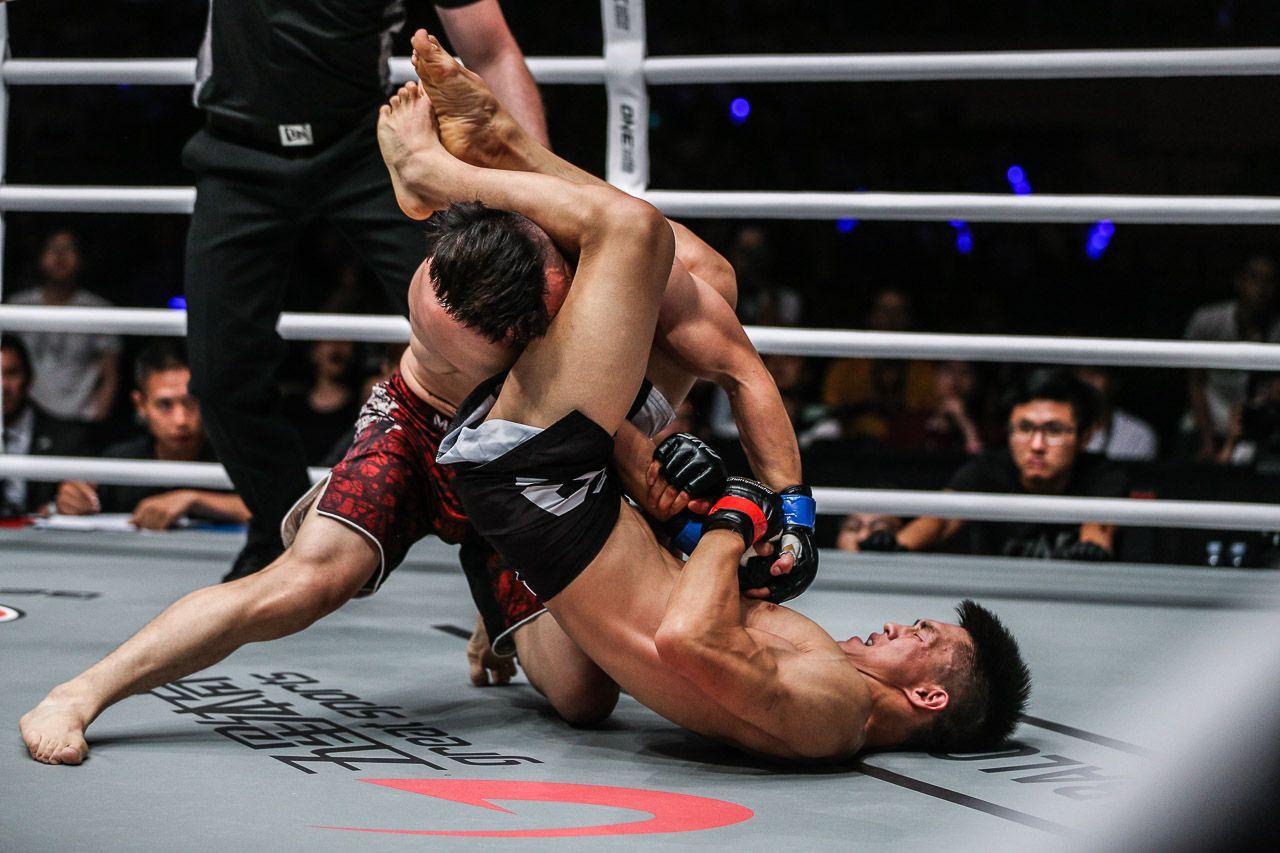 The powerful striking attack may have taken a toll on Ma because he was much slower in the second frame. Zhao capitalized with a huge takedown, and then deployed a potent ground attack.

While he was dominant on the canvas, Zhao eventually brought the action to the feet and found success there, too. He began to find his range, and landed with consistent regularity.

Zhao’s confidence grew with each passing moment, and he seemed determined to get the finish.

In the third round, as Ma loaded up with punches, Zhao latched onto a standing guillotine choke. He proceeded to jump into guard, and both athletes came crashing down to the mat. 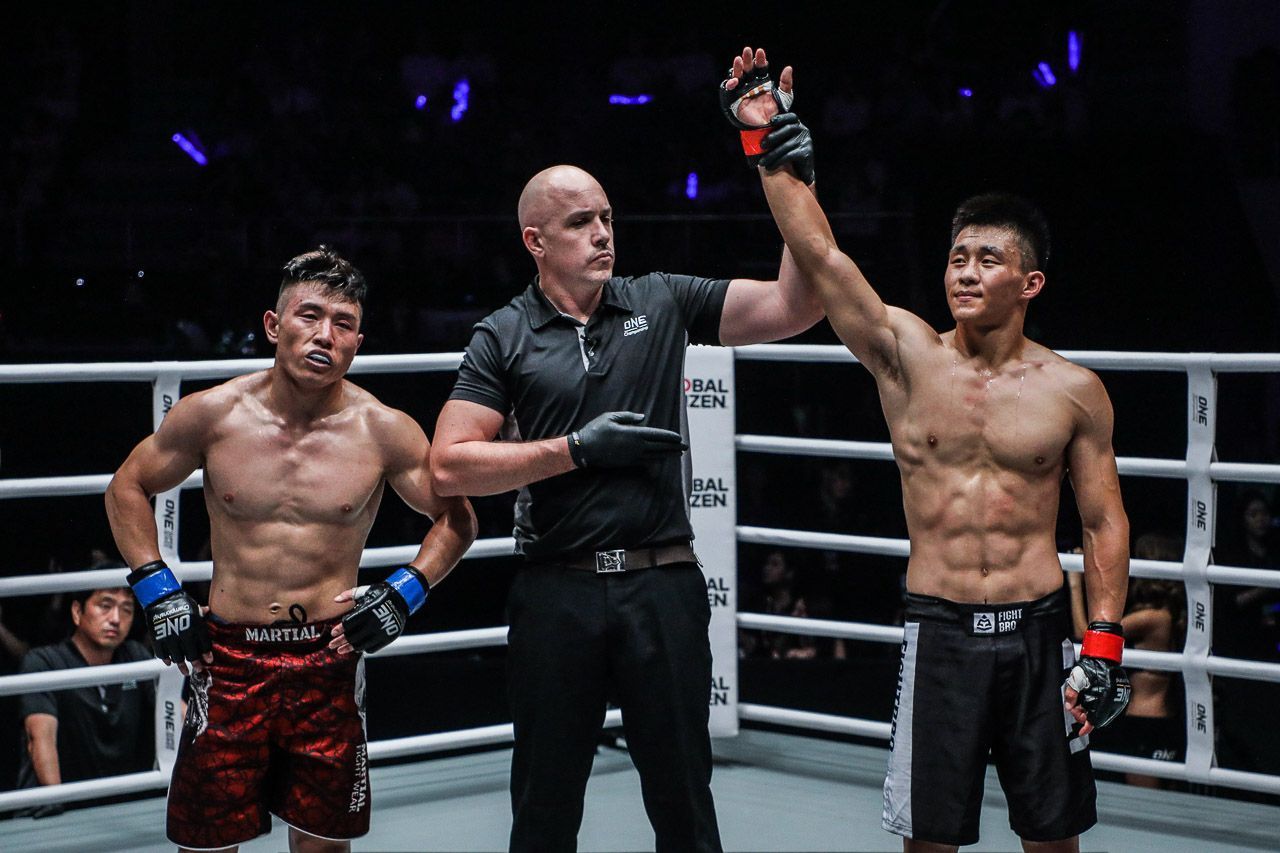 He tightened his grip, and a second later, Ma went to sleep. Referee Olivier Coste rushed in to stop the action at the 1:08 mark of the final round.

Zhao has always been a talented athlete, but his performance on Saturday night was his best mixed martial arts showcase to date in ONE Championship. He moves his overall record to an incredible 24-4, and now, he awaits his next challenge.