A much-anticipated strawweight bout, between China’s Xu Chun Yan and Cambodia’s Eh Ya Nut at ONE CHAMPIONSHIP: SHANGHAI, caught the eye of those in attendance at the Shanghai Oriental Sports Center on Saturday, 2 September.

The two combatants has an incredible amount of striking experience, as Xu is a former WBC Intercontinental Champion in boxing, while Eh brings over 100 bouts of Kun Khmer to the cage.

Although the stand-up exchanges were not as frenetic as many expected, as both competitors were wary of the danger posed by their opponent, it still provided plenty of entertainment over the course of three rounds. Ultimately, Xu was awarded the unanimous decision victory after a hard-earned battle. 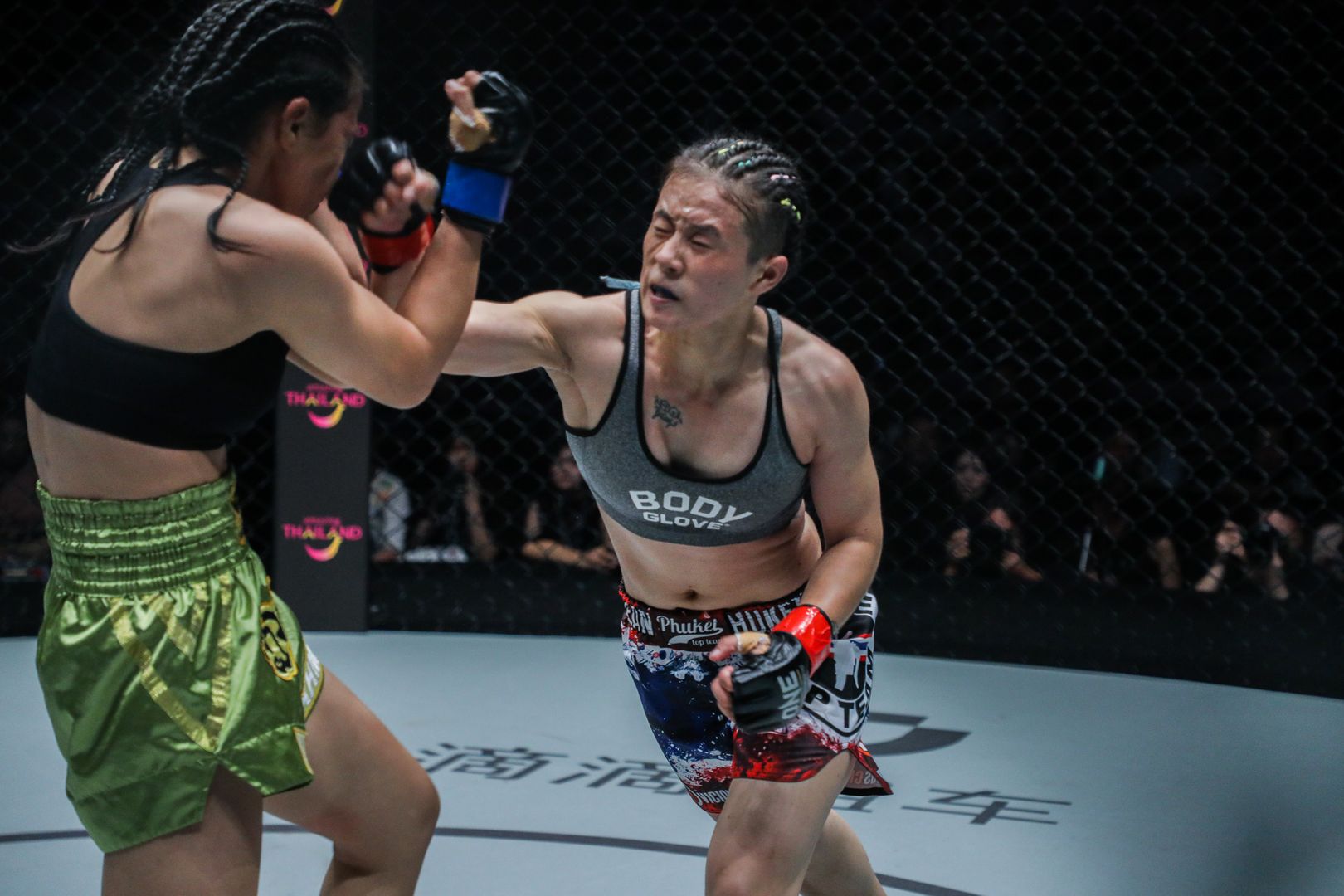 Both athletes were non-committal in the opening stages of the contest, choosing to feel each other out before really engaging. It led to a call for action from referee Olivier Coste, and it was the Chinese heroine who really took the initiative. Xu found a good takedown behind a hard right hand, and showed the difference in ground expertise as she worked to Eh’s back and tried to finish with a rear-naked choke.

Time after time, the Cambodian showed her resilience and battled out of bad positions, which included working to top position on the ground, and countering hard when the boxer stepped in with flurries. However, her usual come-forward style was tempered by the boxing of her opponent. 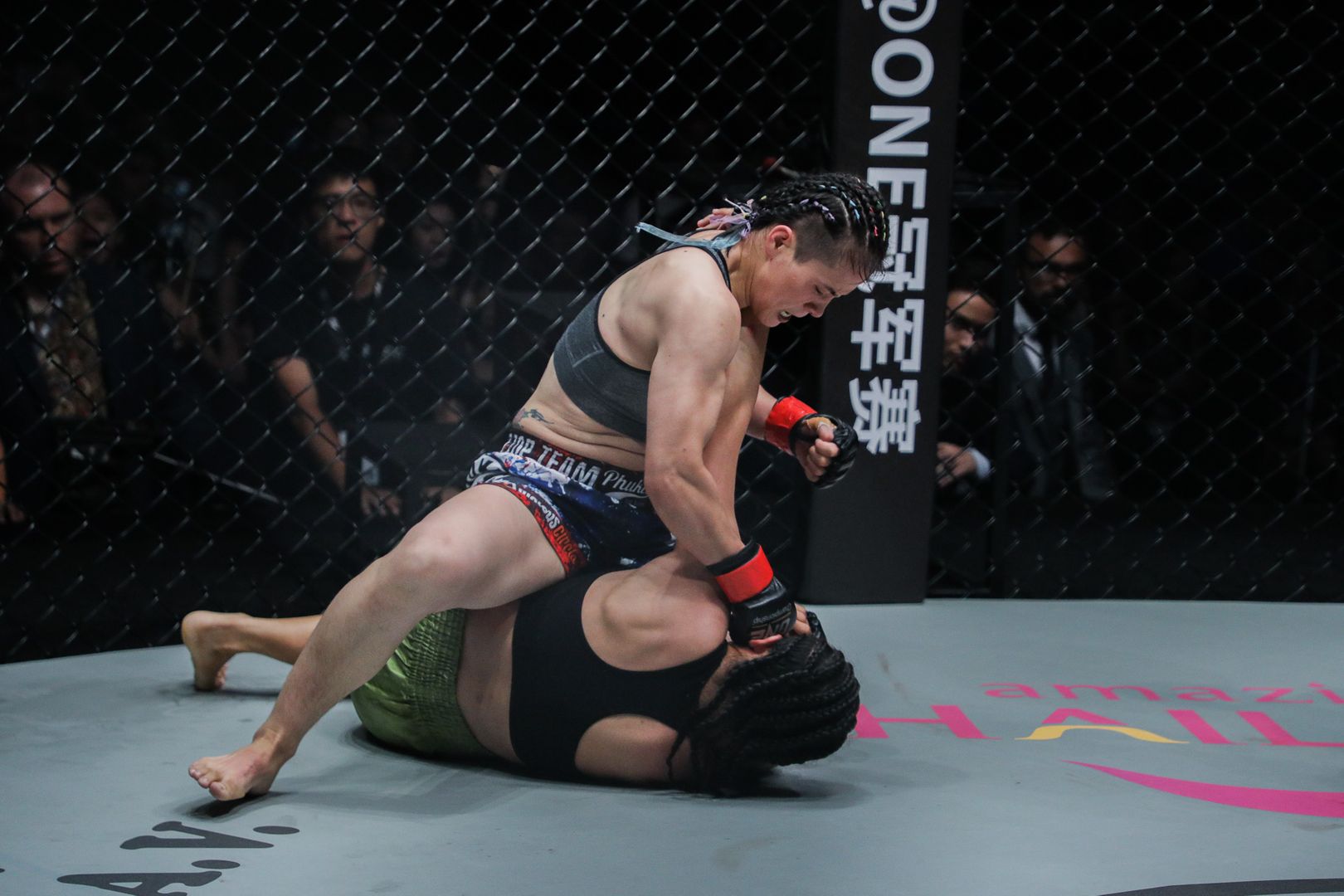 Xu continued to open up a gap in round two, as she started to land hard rights to the body alongside a plethora of sharp combinations. She was again able to drag Eh to the mat, unable to keep her there, but showing the difference in wrestling ability. As the stanza wore on, the right hands started to land more freely, with the Cambodian Top Team product only ever responding, never leading with attacks of her own.

It was clear the former boxing champion wanted a finish in front of her home crowd as the bell sounded to start the third frame. Xu continued her work from the front foot early, with only brief glimpses of Eh coming to life. This allowed Xu to dictate the range with her punches, and also take her opponent down when the opportunity presented itself.

On the canvas, there was a hard ground and pound assault from the top, but the Cambodian’s durability saw her escape adversity once again. She was never given much room to breathe by Xu, however, who kept up the pressure with her boxing, takedowns, and ground control. 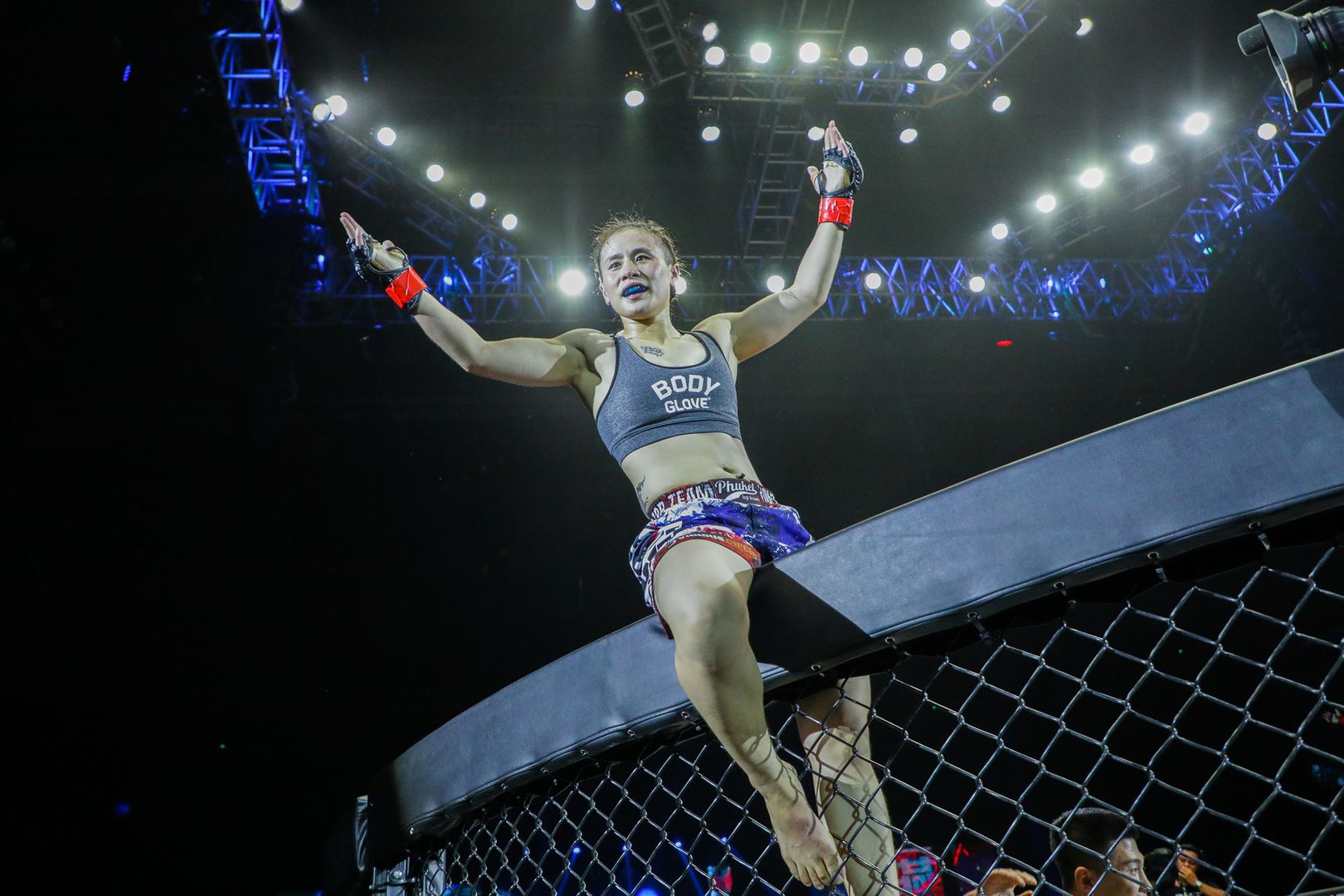 In the end, there was only going to be one winner, with victory coming in every range, not just the stand-up, and that was Xu.

“I think I need to do more to improve,” Xu offered in her post-match victory interview. But with such a slick, well-rounded performance at ONE CHAMPIONSHIP: SHANGHAI, she may be offering an overly-critical eye on her impressive performance.

Xu remains undefeated and advances her record to 2-0. Eh, however, needs to regain some of the aggression in order to stamp her mark in ONE Championship, as she falls to 0-2.