“The Hunter” Xie Wei picked up the biggest win of his career as he finished surging Cambodian superstar Chan Rothana in the opening bout of ONE: COLLISION COURSE.

On Friday, 18 December, the Chinese standout used his fearsome punching power to dispatch Rothana with a third-round TKO in their flyweight mixed martial arts battle at the Singapore Indoor Stadium. 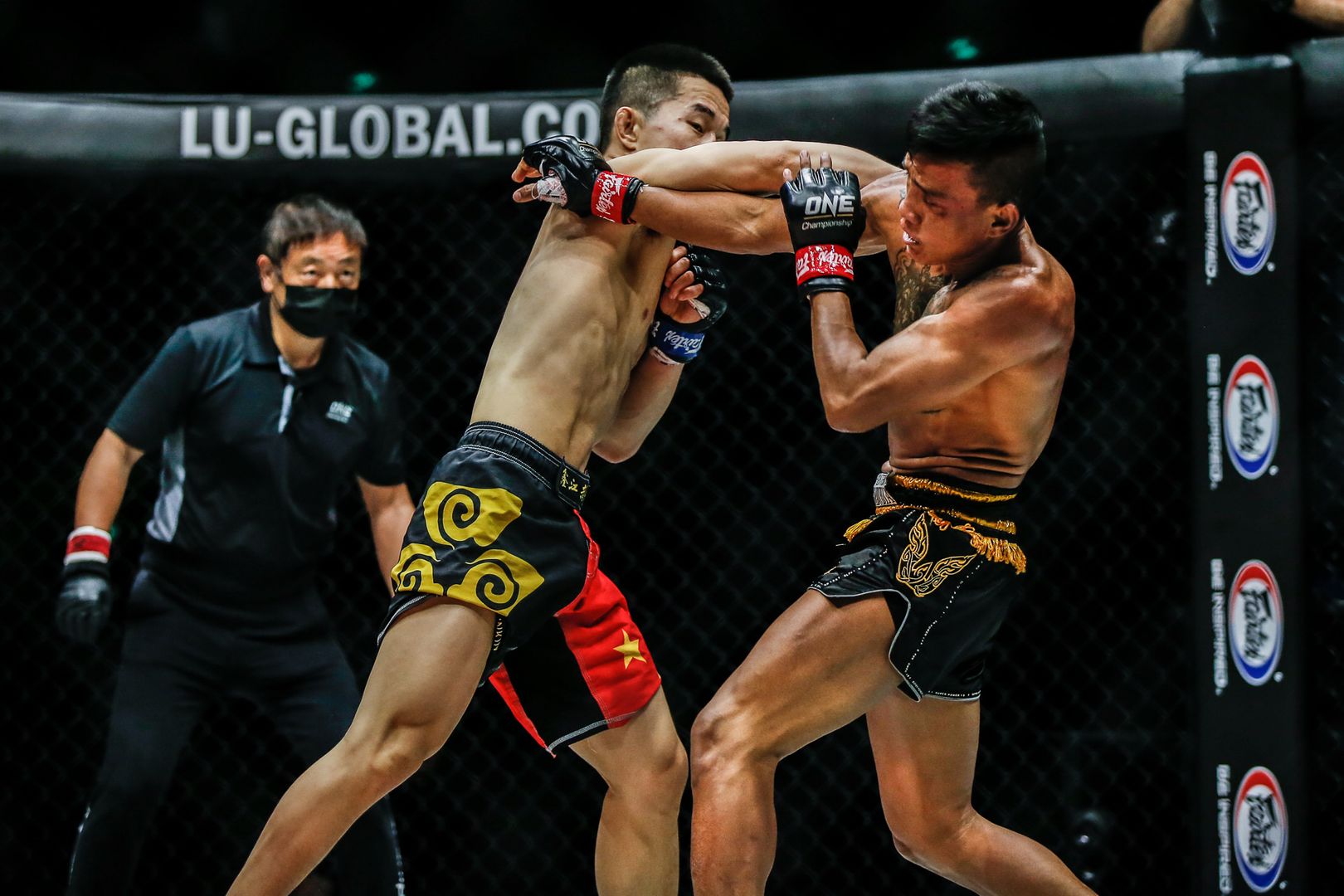 Xie set out his stall early in round one as he waded in with heavy punches. “The Hunter” stepped in behind his left hook and swung his right hand as hard as he could, but Rothana managed to evade most of them, albeit narrowly.

The Phnom Penh native tried to keep Xie off with his kicks, but the ONE Hero Series China contract winner closed the distance, pushed Rothana to the fence, and then dragged him to the canvas halfway through the frame.

On the ground, it was one-way traffic for “The Hunter.” He chipped away with punches and then dropped some hard elbows from side control to race ahead after the first five minutes. Rothana knew he had ground to make up and came out aggressively at the start of round two. The Selapak and FFG representative landed his right shin on Xie’s dome in the opening salvo and stayed busy with his output.

But even while the Cambodian drilled his foe numerous times with his right cross, Xie never backed off and stood in the pocket to counter with his own hard punches.

Rothana continued taking aim with his spinning kicks and hands, but he started to slow from the pace of his offense. That allowed “The Hunter” to regain some control in the latter half of the round as he scored with low kicks, left hooks, and hard right-hand counters. 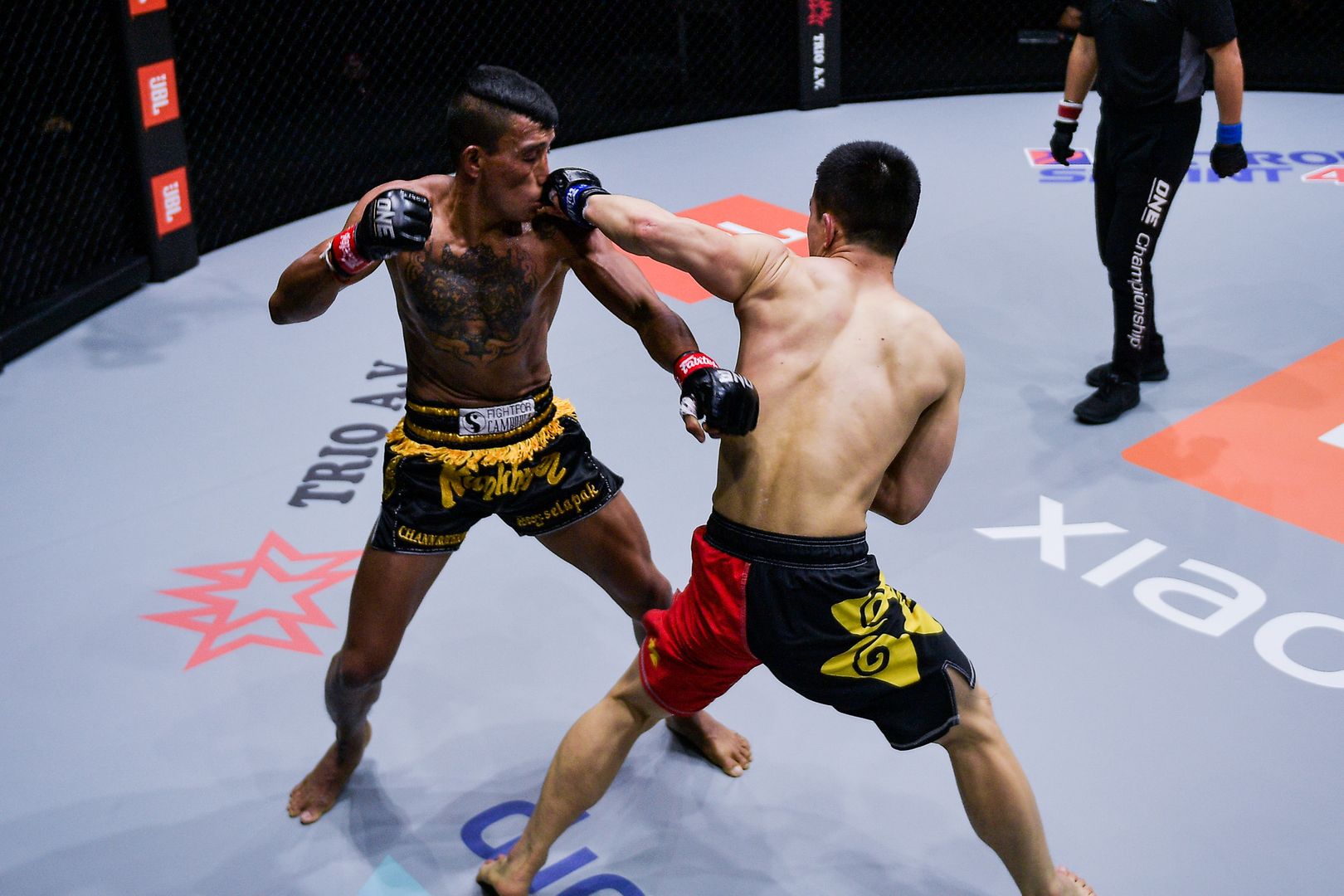 The two warriors embraced in the center of the Circle to begin round three and then resumed their gritty stand-up battle. Rothana smashed his right low kick into Xie’s lead thigh, but the Chinese star had an answer with his fists.

Xie continued to march his man down and ate the low kicks to fire off his hands in reply. It paid off when Rothana slammed in another thudding blow but retreated with his hands down and chin up.

“The Hunter” narrowly missed with his straight right counter, but the left hook that followed crashed in the Cambodian’s jaw and sent him to the canvas. 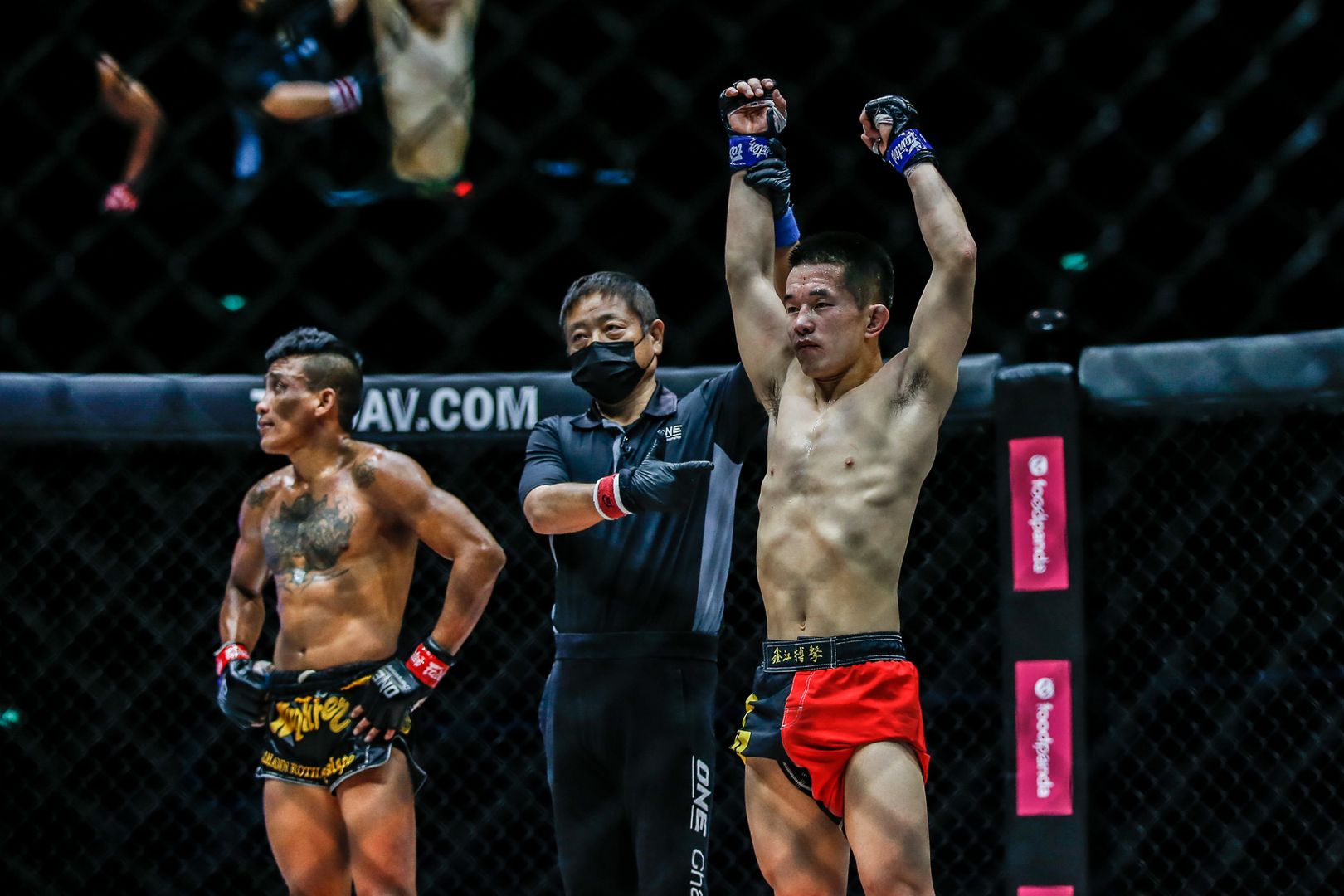 Xie quickly followed up with a barrage of ground-and-pound to get his first win on the global stage via TKO at 1:39 of the final frame.

The Chinese rising star is now 12-3 overall, and his power is a clear threat to anyone in the flyweight division.