The Stars Of ONE Championship Predict Adriano Moraes Vs. Demetrious Johnson II 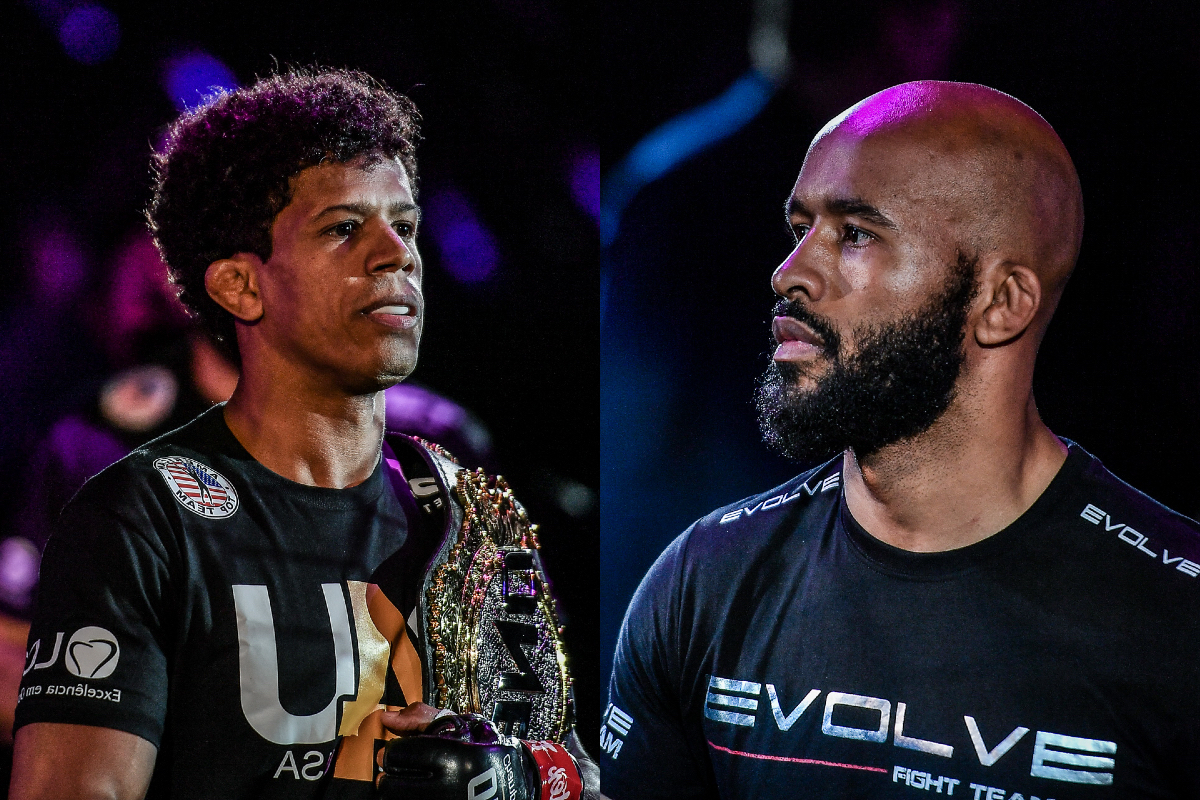 Arguably the most highly anticipated rematch in ONE Championship history will headline the action at ONE on Prime Video 1.

This Friday, ONE Flyweight World Champion Adriano Moraes defends his belt against MMA icon Demetrious Johnson for the second time – live in U.S. primetime – as he looks to follow last year’s historic knockout with another massive victory.

“Mikinho” is the only person to ever finish Johnson and will carry a tremendous amount of confidence into this rematch.

However, “Mighty Mouse” has won 12 Flyweight World Titles in his legendary career and has redemption on his mind following a special rules super-fight victory over Muay Thai megastar Rodtang Jitmuangnon in March

Both men believe they will win the second encounter, but what about their peers in ONE Championship Here are some predictions from top stars in the promotion before this colossal showdown at the Singapore Indoor Stadium.

“I think it’s more of the same, to be honest. Adriano was just too dominant. [He] moves too well [and was] too big for DJ, and it’s his time. DJ’s had his time. He’s been the best for a long time, but those days are over right now. I’d say [it ends with a] rear-naked choke, third round.”

“This is a really hard one. I’m a big fan of both guys. I am not comfortable making a decision right now. But yeah, if I had to pick, since I’m a big fan of both, I’m going to go with ‘Mighty Mouse.’ I love the way he mixes things up. I think he’s a little more used to where these knees can come from, and he’s just got too much on his side. I think he’ll take it.”

“DJ versus Adriano is a great matchup. DJ is the GOAT. I don’t think he has lost to anybody twice, so history is on his side. But Adriano is a killer himself, and I think size is really important in this fight. He’s longer and he’s bigger, and those are problems for DJ.

“But you can’t pick against the GOAT. You must go with DJ just because of who he is, so I’m going to have to go with DJ. I think he will make the adjustments. He changed up his preparation this time, too. On the other side, maybe Adriano comes out like an even bigger killer because he’s already got one on him, so now, that mystique of DJ isn’t there in his head.

“I can go either way, but I’m going to pick DJ because of his past and what he’s shown he’s capable of.”

“Both are strong fighters. I am a fan of ‘Mighty Mouse’ – he is a great champion, who probably has already proved everything to everybody. I think it’s hard for him to find motivation. He’s made it. He was [a World] Champion. But for his weight, he might be getting old. The world is full of younger, talented, and hungry guys.

“At the same time, his opponent is much bigger. I like Demetrious. The way he is, he is a good guy, a family man. I’ll just watch this fight and won’t be rooting for anybody. I just want them to have no injuries. They fight, someone wins, and they go their separate ways.”

“They are amazing mixed martial artists, super well-rounded. They each have amazing skill sets, and I’m a fan of both, so it’s hard to choose. But you know what? I think that Adriano is going to take it once more.”

“I think Adriano will dominate DJ with his well-rounded skills. He can fight in every range. Certainly, DJ is undisputedly an excellent grappler and wrestler, but with his small size, he has to put in much more energy to drop Adriano’s gas tank on the ground game [if he were to get a] submission.

“If [Adriano], himself, runs out of gas, he will be at risk. But if DJ gets a chance to choke [his opponent], he will finish Adriano. But in my opinion, I predict Adriano will win once again in this fight.”

“I’m not as versed in MMA, but I know after getting that knockout, Demetrious Johnson is going to definitely change his game plan for the next fight. So, I think I’ll give it to Demetrious. Both of them are pretty well-rounded fighters, but I just have a feeling he’s going to adapt.”

“I definitely think that DJ is going to come in with a different game plan, a different strategy. He’s absolutely, I believe, going to play it more safely. But Adriano has got a great skill set, and I feel that it’s just a stylistically bad matchup for DJ. He’s got great striking and great jiu-jitsu, so I think that Adriano is going to keep his belt.”

“I would like to see what Moraes can do other than the KO. I’d like to see the grappling game as well. This is MMA. Anything can happen, but I’m sure DJ won’t make the same mistakes. So, let’s see. [But] I’d like to see Moraes get the victory by submission.”

“I can’t say for sure, but I want Johnson to win. He’s a great champion!”

“This is fireworks all around. I believe this fight can really go either way, but I’m betting on DJ. After every loss, a great fighter – like DJ – always comes back better in every capacity.”

“Adriano is like a bigger, faster version of ‘Mighty Mouse,’ a.k.a. the GOAT. Same outcome like last time.”

“I originally was picking DJ to win because I know how it feels to come from a tough loss and it fuels him to do better. However, I like Adriano’s style, and in their first bout, he was dominating. I think he also fixed mistakes in the fight. [Adriano also] has the size and reach advantage. I think that was a big takeaway in their [first] fight and will be for this fight. Also, DJ said I wasn’t legit, so I’m picking Moraes!”

“Adriano does it again. He has the perfect style for ONE Championship and can fight him anywhere.”

“I like Moraes a lot. But I think DJ is a very smart fighter. He comes from a very good camp. I think they will have changed things up enough to get the decision win.”

“I look forward to it. Moraes got the win last time against with that cracking knee. But this time, I think Demetrious will get the win. I think he’ll learn from that fight. And I don’t think he’ll get caught with another knee like that. I think it’ll be a second-round submission win.”

“I kinda see this fight going the same way the first fight did – Moraes moving and pepper-striking to set up traps and DJ with his fun, aggressive fighting style. Both guys giving it their all. I really like both guys, so I hope no one gets knocked out or subbed, just them two going to war for five rounds.”