ONE Championship’s final show of the year started out with a bang. On Saturday, 9 December, local favorites excited the crowd at the Impact Arena in Bangkok, Thailand, during the preliminary card of ONE: WARRIORS OF THE WORLD.

The first three bouts of the evening, which aired on the company’s official Facebook page, featured a pair of quick knockouts and an grueling bantamweight affair, which got the night started on the right foot.

Here is all the preliminary action from earlier in the night.

At 43 years old, Thailand’s Yodsnan “Little Tyson” Sityodtong proved once again that age is nothing but a number.

The former WBA Super Featherweight World Champion returned home to Thailand, and delivered a highlight-reel one-punch knockout of Indonesia Sanda Champion and promotional newcomer, Dodi “The Maung” Mardian, on the final prelim bout of ONE: WARRIORS OF THE WORLD.

“Little Tyson” remained calm and composed, like the battled-tested veteran that he is. After evading Mardian’s head kick, Sityodtong opened up with his striking. Soon, he would temporarily stun his younger opponent with a stiff left. The Thai continued to use his legendary boxing brilliantly, eventually backing “The Maung” against the cage.

Sityodtong’s picture-perfect jab-cross then crumpled the Indonesian against the cage, forcing referee Kemp Cheng to stop the contest at the 1:32 mark of the opening stanza. The knockout victory moves Sityodtong’s record to 4-1, and following the contest, he expressed his desire to become world champion again, this time in the ONE cage.

It was the perfect performance by Kritsada “Dream Man” Kongsrichai. The 13-time Thai Wrestling Champion returned to Bangkok, and elevated his profile by defeating the Philippines’ Rabin “The Rock” Catalan via TKO in just 3:01.

Kongsrichai immediately brought the crowd to life by charging at Catalan with a spinning back elbow that barely missed the mark. Although Catalan, a Filipino wushu champion, tried to take the Thai down, the local favorite reversed course and brought Catalan to the canvas in powerful fashion. 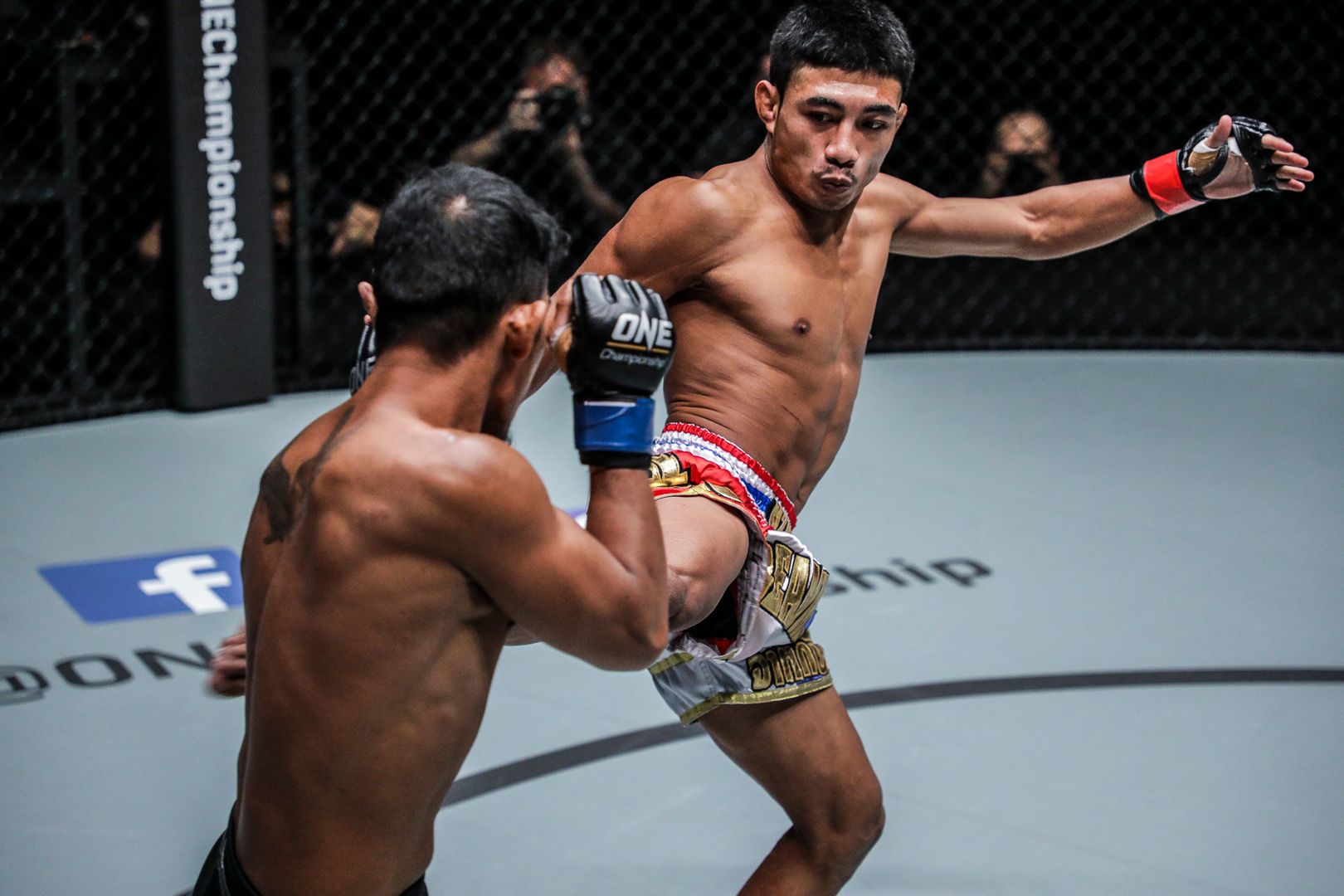 Keen to show off his standup, the 26-year-old Thai got back up and invited “The Rock” back to his feet. From there, Kongsrichai rushed in with his steadily improved striking. The 31-year-old Catalan went for the takedown once more, but “Dream Man” successfully reversed it again.

With the crowd screaming for their hero, Kongsrichai placed his knee on Catalan’s belly and went to work. He then transitioned into full mount, took a few seconds to smile, and initiated a calculated ground and pound attack, strategically dropping sharp elbows.

Unable to handle the onslaught, Catalan tapped out, prompting referee Kemp Cheng to stop the contest. With the win, Kongsrichai moves his record to 6-3, is on a two-bout streak, and tied his fellow countryman Pongsiri Mitsatit’s record of most knockouts in ONE strawweight history.

Tang set the tone in the opening frame, as he rushed at the Bangladeshi with frantic boxing combinations and heavy kicks. He hip tossed Islam onto the canvas, and following a brief scramble, worked in the beginnings of what appeared to be an arm-triangle choke. 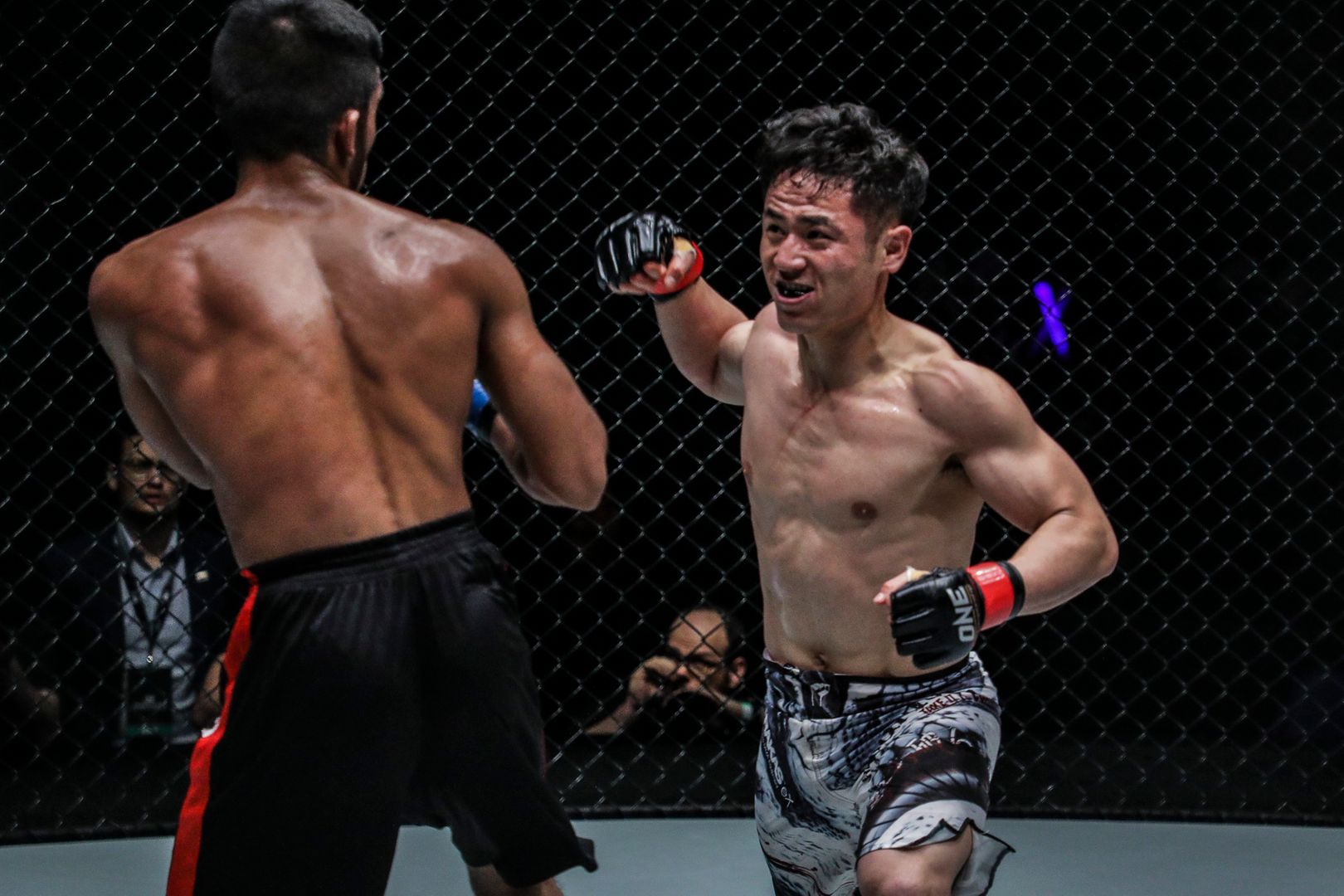 Unsuccessful, Tang then stepped over his opponent, got in the full mount position and dragged him to the cage fence, where he carefully dropped ground strikes. Islam used his flexibility, however, to flip his legs under the Chinese bantamweight’s arms, which temporarily protected him.

In the second round, the 25-year-old Tang continued to be the aggressor, fearlessly charging at Islam with strikes and connecting with a slew of thudding kicks. The 21-year-old “Warrior” responded with more composed striking to stay competitive, but it was obvious he was at a disadvantage.

Much of the same followed in the third round, but Tang adopted a more clever strategy. He put Islam on the back foot, blocked his attacks, and then exploded with furious strikes of his own. All of that was enough give the Chinese athlete the unanimous decision victory, and he pairs his 30-1 sanda record with a 2-0 ONE mark.