A few weeks ago, “The Kicking Machine” Superlek Kiatmoo9 was uncertain about his transition to kickboxing, but the experienced Muay Thai striker proved to be just as dangerous in his new sport.

Superlek defeated Fahdi “The Gladiator” Khaled by unanimous decision in their ONE Super Series kickboxing flyweight co-main event on Friday, 11 September, at ONE: A NEW BREED II from Bangkok, Thailand. 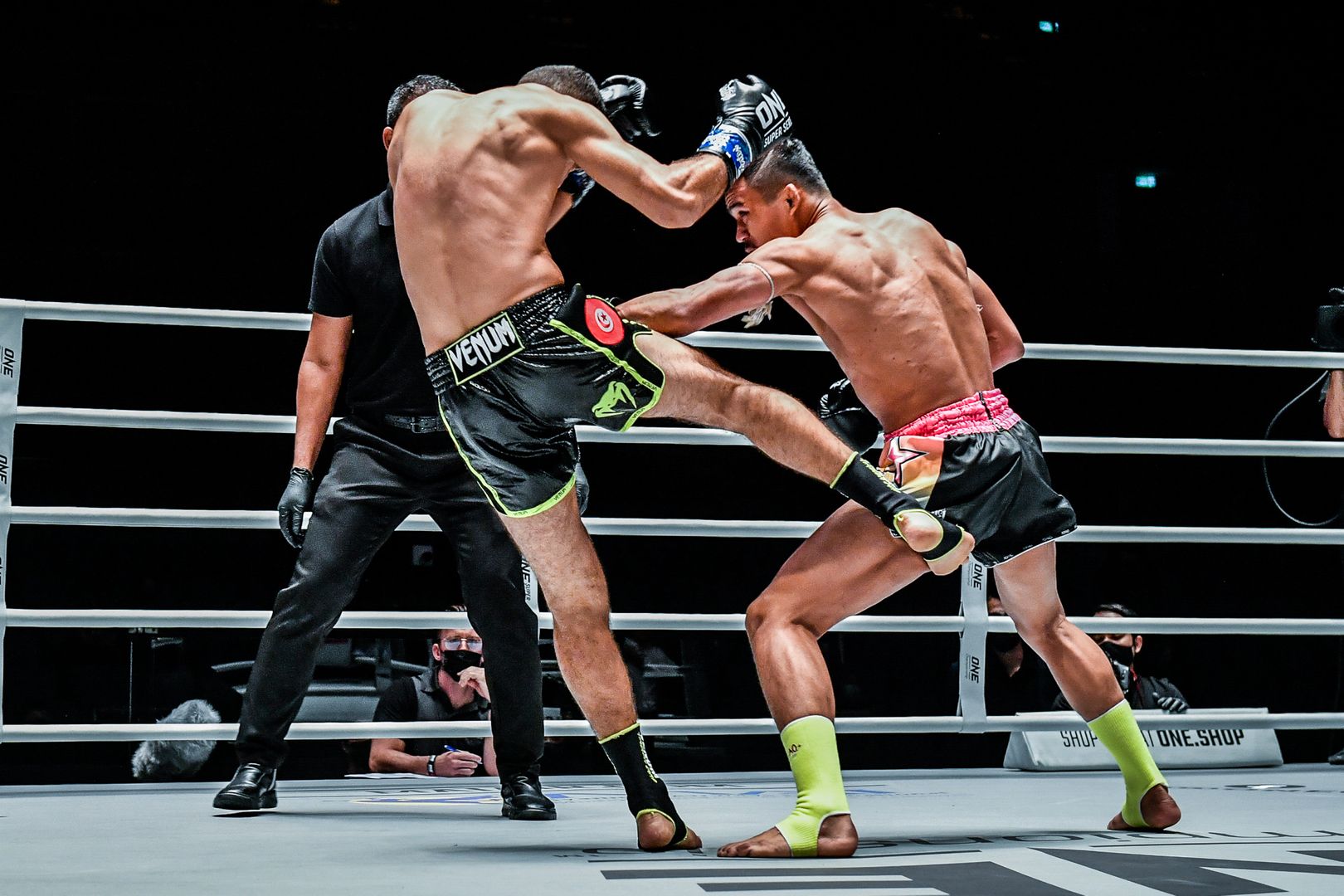 “The Kicking Machine” came out swinging hard and fast, wobbling Khaled’s legs with a left hook that forced the man from Tunisia to keep his hands glued to his head. “The Gladiator” retaliated by pressing forward with his own punches, but Superlek dodged and countered most of them.

The tide turned when Khaled snapped out a left hook that let Superlek know he was driving into oncoming traffic. From that moment, the Venum Training Camp athlete pressured “The Kicking Machine,” stinging him with straight rights and kicks. At the start of round two, Khaled sent a push kick toward the midsection of Superlek, but the Thai sidestepped and pierced his rival’s stomach with a counter knee. Khaled answered with a series of left hooks, but Superlek evaded each of them, returning with right kicks to the left arm of Khaled.

The damage from those kicks became visible, and “The Gladiator’s” punching output slowed. With that, the Thai took control as he continued to welt the left side of Khaled’s body with kicks. A final charge from the Tunisian showed fans he wasn’t out of the battle yet, but it was not nearly enough to swing the momentum in his favor.

In the final canto, Khaled knew he needed to regain the momentum. And although he made a valiant effort to do so, the Tunisian just couldn’t touch the Thai with a clean enough shot. Khaled swung frantically, but the man from Kiatmoo9 leaned away from most of those punches and finished just like he’d started – with blistering right kicks that sent his opponent sideways. All three judges scored the bout in favor of “The Kicking Machine,” who earned his first win in kickboxing and solidified his status as ONE’s #2-ranked flyweight kickboxer and Muay Thai contender.