There was a phenomenal reception for Indonesia’s Victorio “Indra” Senduk, as thousands of fans packed into the Jakarta Convention Center to support their unbeaten countryman.

However, they did not account for the heart of his Cambodian opponent, Sor Sey.

After being controlled early in the bout, the Kun Khmer specialist managed to swing the momentum in his favor, and rallied with ground and pound to earn a unanimous decision victory at ONE: GRIT & GLORY on Saturday, 12 May.

The opening round went to plan for the home favorite, as Senduk controlled the cage and kept his adversary penned in against the fence.

This allowed him to land side kicks and straight punches, mixing up his striking attacks with takedowns. He fully showed off his wushu background with a fine array of kicks. All Sey managed in reply was to load up on hard punches and elbows, which rarely found their mark.

It seemed as though round two would be more of the same, as “Indra” beat the Cambodian to the punch with crisp, straight shots and controlled the center of the cage.

However, as the round wore on, Senduk allowed himself to be drawn more into Sey’s brawling style.

In the clinch, the Kun Khmer veteran landed solid knees and elbows. Following Senduk’s failed takedown attempt, Sey found himself in the mount position, where he unleashed a barrage of ferocious elbows. 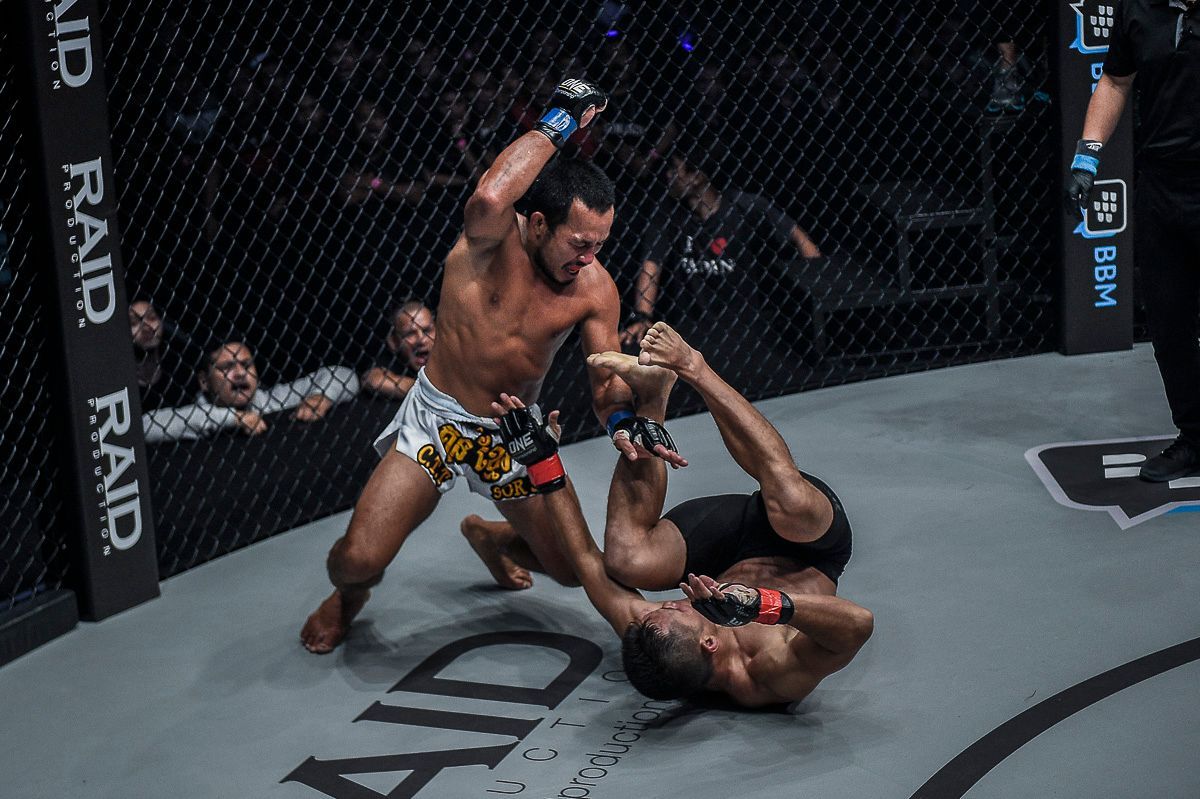 The Indonesian absorbed a huge amount of punishment in the final 30 seconds of round two. His face was marked up and he tired at the start of the third.

Senduk tried to engage in the clinch during the final stanza, but his energy was low, and Sey used deft trips to drop him to the mat. Again, the Cambodian found his way in dominant top position, and rained down heavy strikes.

After a sublime start, Senduk faded, and ultimately could not outlast his vastly experienced adversary.

Sey’s commitment to add grappling to his striking base paid dividends, and he was awarded a unanimous decision win in his opponent’s backyard. Also, in victory, the Cambodian became the first man to defeat “Indra” in his mixed martial arts career.