A new bantamweight contender has officially arrived in ONE Championship.

On Saturday, 7 July, Shuya “Stealth” Kamikubo made a successful promotional debut at ONE: BATTLE FOR THE HEAVENS.

He defeated “The Terminator” Sunoto via second-round TKO in front of a roaring crowd at the Guangzhou Tianhe Gymnasium in China.

Shuya Kamikubo makes a sensational ONE debut, defeating "The Terminator" Sunoto with a rousing TKO at 3:54 of the second round!

Shuya Kamikubo makes a sensational ONE debut, defeating "The Terminator" Sunoto with a rousing TKO at 3:54 of the second round!Watch the full event LIVE & FREE on the ONE Super App ???? http://bit.ly/ONESuperApp | TV: Check local listings for global broadcast

From beginning to end, it was a dominant performance from the Japanese judoka.

While some promotional newcomers show nerves under the bright lights of the ONE Championship ring, Kamikubo — the 2014 DEEP Future King Tournament Champion — was calm, cool, and collected.

He executed a picture-perfect strategy of taking the Indonesian combat sports veteran to the ground and keeping him there throughout the opening stanza.

Once “Stealth” secured the takedown, he worked to improve his position, all while maintaining constant control of his adversary.

With less than a minute to go in the frame, the Japanese grappler was able to break free of Sunoto’s guard, and threw some knee strikes at his opponent’s head. Fortunately for the Indonesian competitor, he scrambled and avoided taking too much damage. More of the same continued in the second round.

Kamikubo was able to ground Sunoto and hammered away from the top position. Each time “The Terminator” found a way to his feet, the Japanese competitor quickly closed the distance and brought his adversary back to the mat.

The final takedown saw the Indonesian athlete do his best to get away from his opponent’s grasp, but that only landed him in even more hot water. Kamikubo still managed to get him to the mat, except this time the Japanese warrior wound up in the mount position.

“Stealth” took full advantage of the situation. He rained down blistering elbows and hammer fists, which forced Sunoto to cover up. That gave referee Olivier Coste no choice but to step in and stop the contest at 3:54 into the second round. 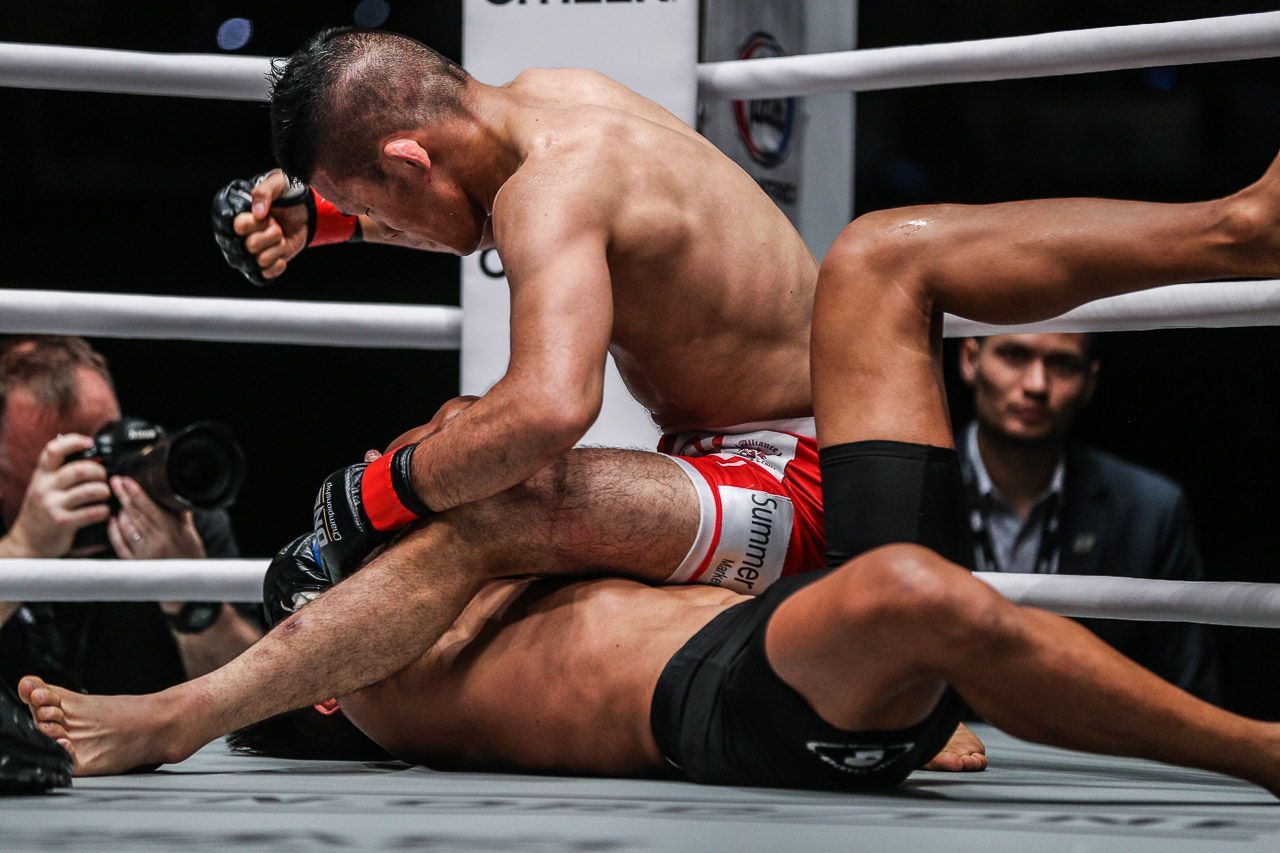 It was a remarkable ONE debut for Kamikubo.

The Japanese competitor elevates his professional record to 8-1-1, and extends his win streak to four to establish himself as a contender to watch in a stacked bantamweight division.