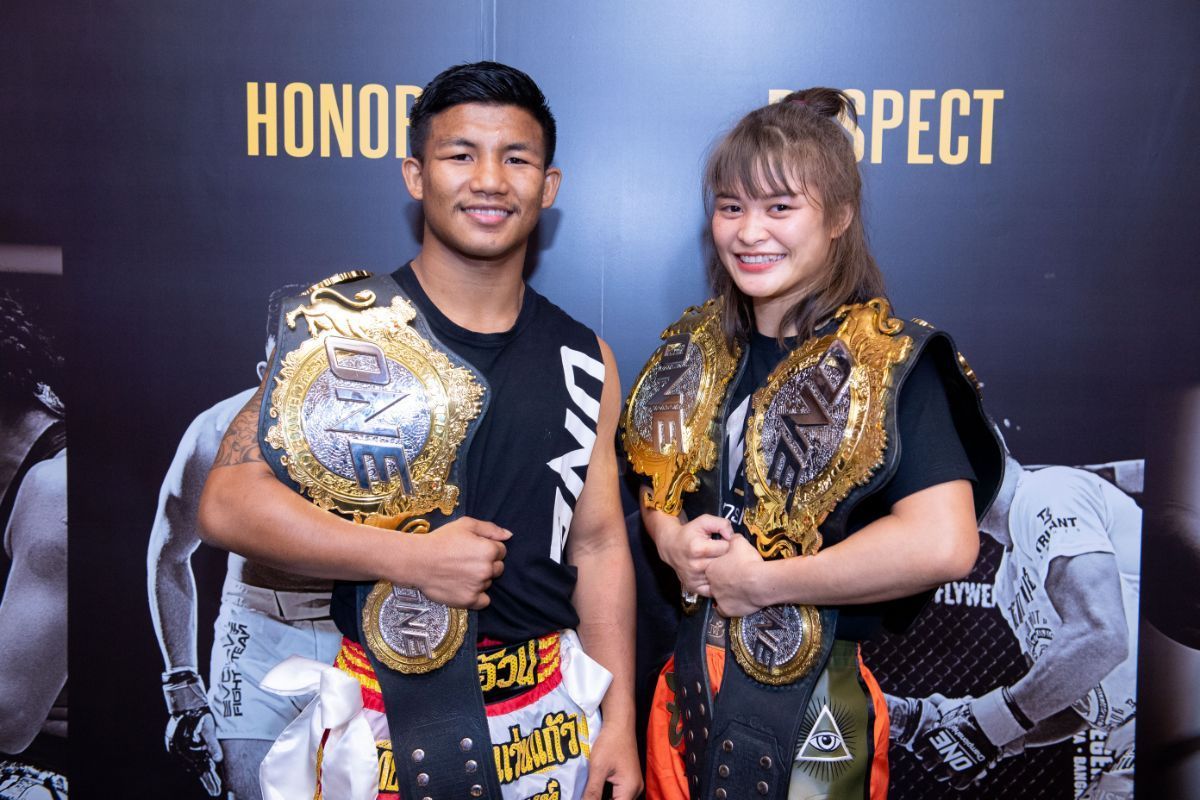 Rodtang Jitmuangnon has faith that Stamp Fairtex will ultimately reach the pinnacle of mixed martial arts.

After winning the ONE Women’s Atomweight World Grand Prix in December, Stamp fell just short in her World Title bid against Angela Lee at ONE X last month.

However, Rodtang does not want his training partner to be too discouraged.

The Thai superstars work closely together at Fairtex gym in Pattaya, and “The Iron Man” believes the former kickboxing and Muay Thai queen will soon take the next step in her budding MMA career.

“Yes, I think she can [still become the MMA World Champion] if she has a decisive goal and keeps improving her skills and techniques. I think it’s not too hard for her because Stamp is a hard worker. She is determined. She has proven that she has greatly improved her MMA, as seen in the World Grand Prix.”

Despite Lee’s massive experience advantage in the all-encompassing sport, Stamp had her moments of success in their World Title showdown.

Rodtang sees that as a good sign for the Fairtex star’s future. In fact, he thinks that with a little more development in the grappling department, the rising Thai can topple the most dominant athlete in atomweight MMA history.

“[In] the fight with Angela Lee, Stamp coped well with Angela’s various MMA techniques and submission attempts. I believe that if she takes time to train harder, she can get the belt from Angela next time.”

Rodtang Jitmuangnon is proud of Stamp Fairtex’s performance against Angela Lee, and he thinks the #1 contender can take lessons from her World Title loss and apply them toward success in the future.

For his part, “The Iron Man” is relentless once he hurts his opponent, which he showcased in his second World Championship victory over Jonathan Haggerty.

He believes Stamp lacked that key element at ONE X, as she allowed Lee to recover and bounce back after absorbing a crushing left hook to the liver in the first round.

“Angela Lee was so tough. She was punched in the gut, and she was able to stand.

“For Stamp, she couldn’t control herself at that moment. She didn’t know where to aim her weapons effectively, and she didn’t take chance to follow up what she did. So, Stamp missed the opportunity and Angela could survive.”

Still, “The Iron Man” has been quick to encourage and reassure Stamp that at just 24 years old, she has plenty of time left to achieve big goals in her competitive career.

I said, ‘Let’s keep up good work. We still have a long way to run. The goddess of victory didn’t smile upon us this time.’”