Sagetdao and the Philippines’ Jimmy “The Silencer” Yabo locked horns in a scheduled three-round featherweight contest, and kicked off the main card of ONE: WARRIORS OF THE WORLD, which took place at the Impact Arena in Bangkok, Thailand.

After a striking masterclass, it was Petpayathai who came out victorious. He made quick work of Yabo, winning via knockout after a well-placed knee exploded on Yabo’s midsection. The contest was stopped at 2:44 of round one, awarding another thrilling knockout victory to the surging Petpayathai – his third straight. “Competing in ONE Championship, my ultimate goal is to become ONE [Featherweight] World Champion,” said the 30-year-old Petpayathai, who has won virtually every major title in Muay Thai, and was voted by the Thai media as as one of the greatest Muay Thai practitioners in history.

Round one saw both men charge straight at each other. Yabo, a taekwondo and boxing-based martial artist, proved elusive early, as Petpayathai missed narrowly on a series of high kicks.

Vowing to pose the Thai stalwart a few new problems, “The Silencer” closed the gap and secured overhooks. Yabo tried to drop levels and take the action to the ground, but the local favorite showed great takedown defense, and was able to circle away from the fence.

With both men throwing caution to the wind and wanting to engage, it was only a matter of time before they got tied up again. In the clinch once more, Petpayathai unloaded with thunderous knees. One of those knees landed square on Yabo’s liver, causing him to crumple in pain. 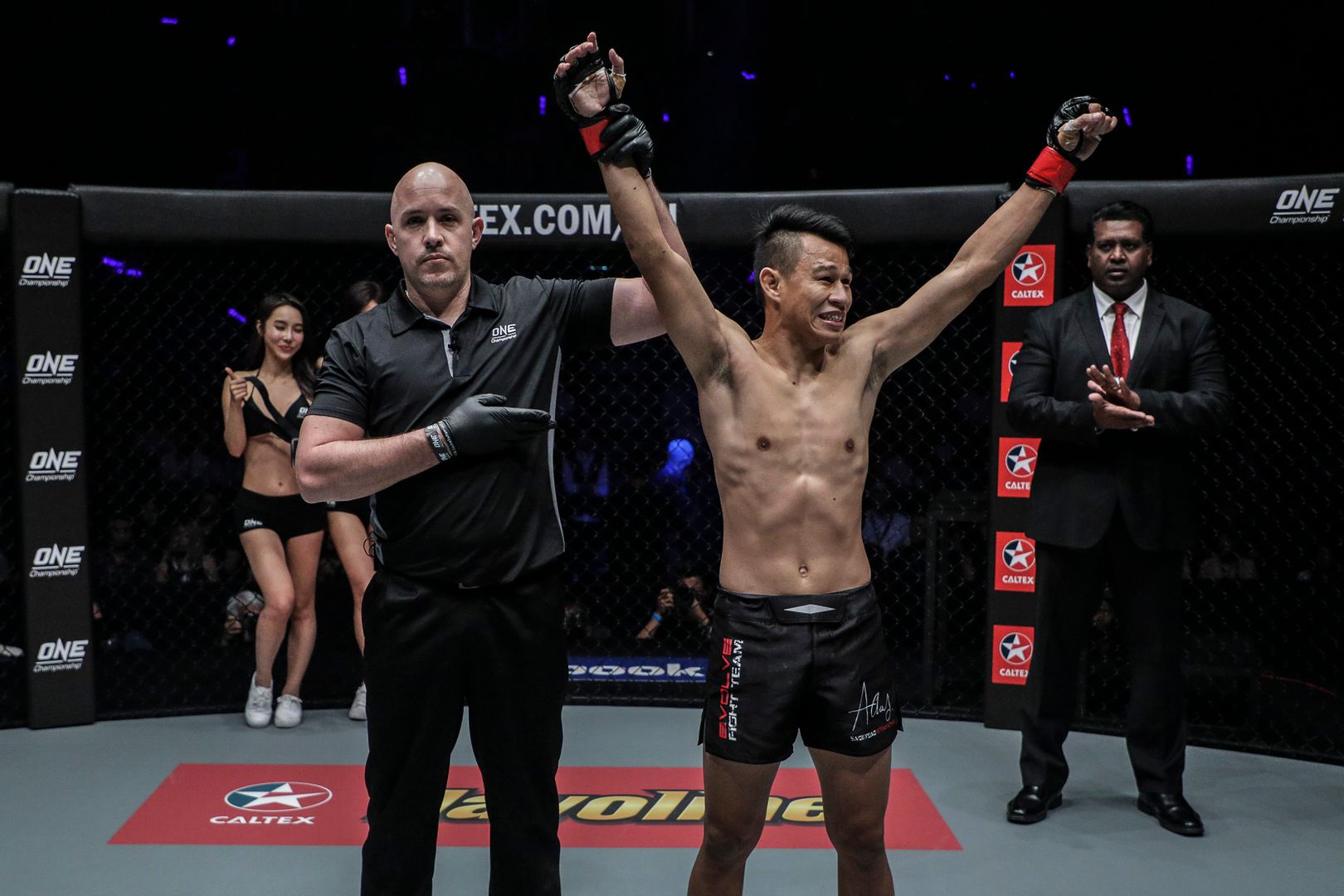 Referee Olivier Coste needed no further indication that the Filipino was done, and swiftly rushed to call a halt to the bout, giving Petpayathai the satisfying triumph in front of his hometown crowd.

It was another incredible victory for the Muay Thai legend, who made his ONE debut earlier this year. The win is Petpayathai’s third straight, with all three victories coming impressively by first-round knockout.

Petpayathai improves his record to an unblemished 3-0 to begin his career inside the cage, and will look to challenge the upper tier of talent in ONE’s stacked featherweight division moving forward.