ONE Flyweight Muay Thai World Champion Rodtang “The Iron Man” Jitmuangnon proved he can take as well as he gives in his ONE Super Series kickboxing debut.

“The Iron Man” scored a hard-earned split-decision win over newcomer “Samingpri” Tagir Khalilov at ONE: FISTS OF FURY in Singapore on Friday, 26 February. 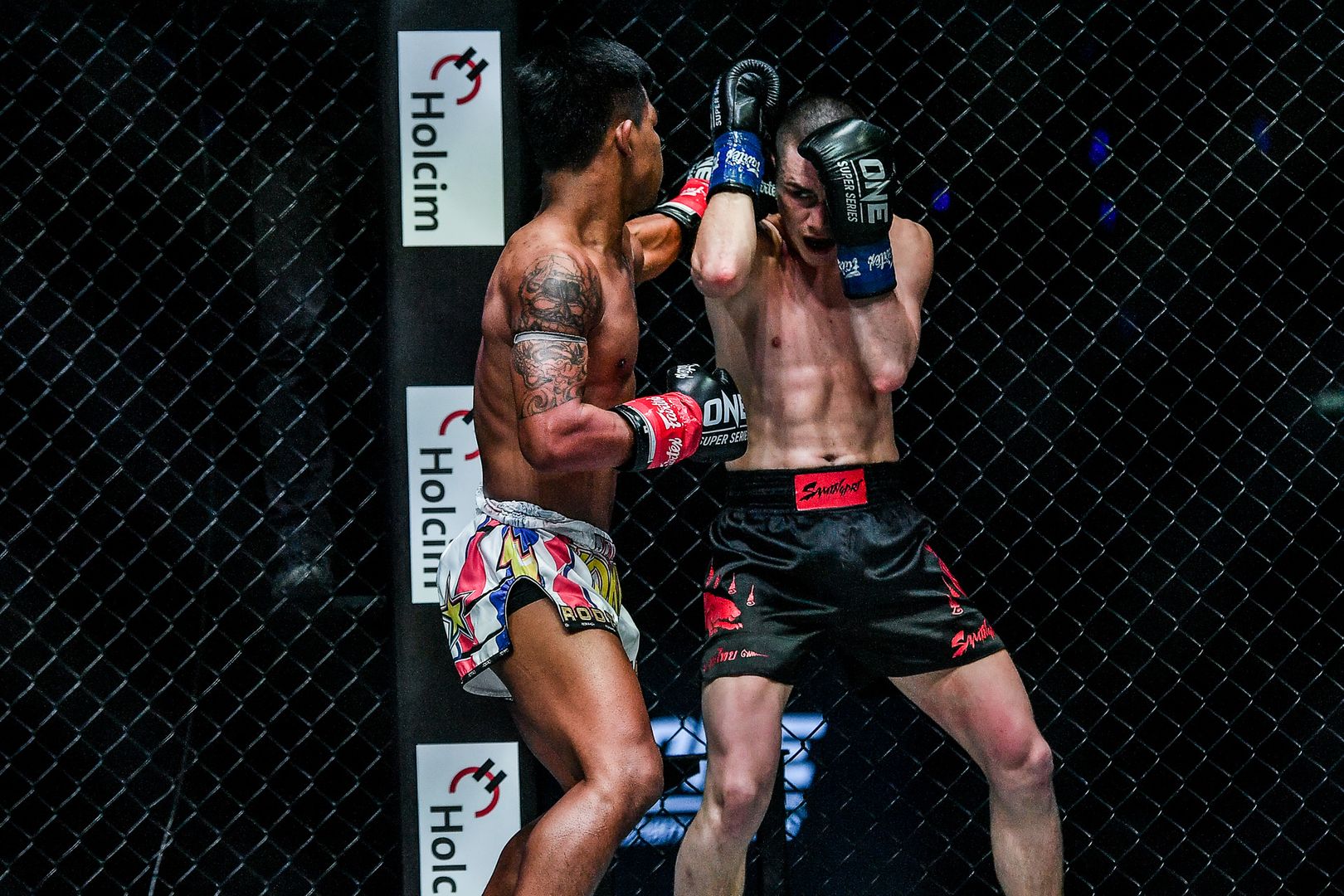 In true Rodtang fashion, the #1-ranked flyweight kickboxer stormed forward in round one, immediately closing the distance and sending looping punches up and down Khalilov’s torso. None of them, however, could get the man from Russia to say mercy.

In fact, “Samingpri” stood his ground and fired back, landing clean shots to the defenseless head of Rodtang. However, the punches met cement buckets and did little to faze “The Iron Man.”

Rodtang continued to try and pin down Khalilov, who switched stances and juked left and right to avoid the remorseless left hooks that Rodtang was landing. Frustrated, Rodtang called out, “C’mon” twice while waving his Russian foe on, but “Samingpri” played it safe and tried to pick off the rushing bull from the outside. 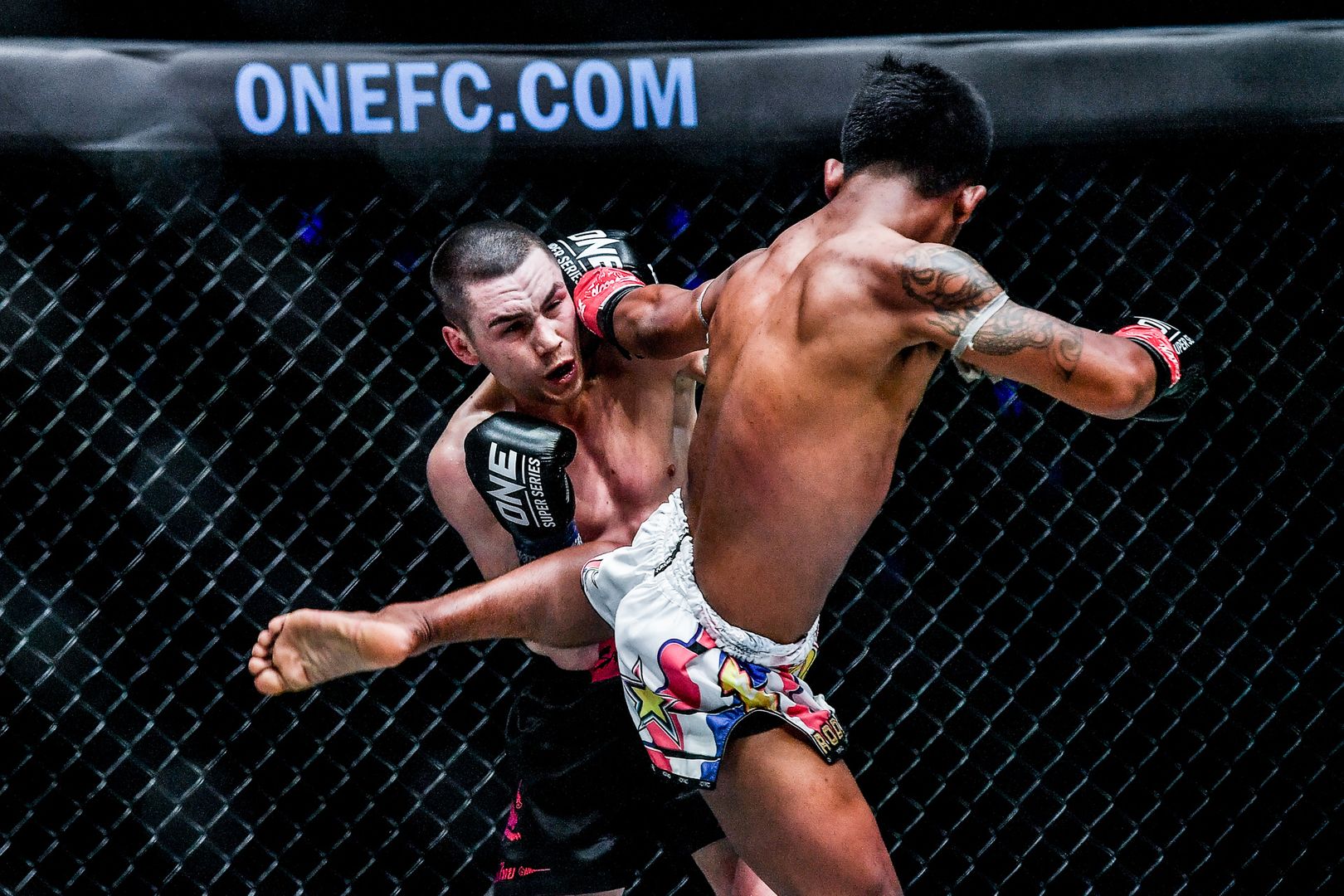 If round one was a showcase for both men to display their impressive boxing, round two allowed them to demonstrate their cutting leg kicks.

Both fighters let rip with thigh-damaging low kicks, but Rodtang did more damage by following up those attacks with dynamite overhand rights that left Khalilov wide-eyed.

The highlight of the round actually came when Khalilov sent two left kicks into the rib cage of Rodtang and then followed with a right low kick. While the Russian admired his work, though, “The Iron Man” threw a left hook to the body, followed by a right punch to the chin that contorted Khalilov’s face into Glass Joe’s.

In the third canto, Rodtang forced Khalilov on the back foot and onto the Circle Wall, where he smothered the Russian with one punch after another. Lefts, rights, uppercuts, hooks – they came at “Samingpri” from all directions and all at once.

Khalilov shelled up and found an escape route, but when he emerged on the other side, Rodtang was standing in front of him, posturing. The Thai then sent three left hooks and two starching right hands onto his hunched-up opponent.

The highlight of the evening for Khalilov came with a minute left on the clock. As Rodtang stepped forward to land a right hand, the Russian spun and hit the Thai with a back fist that sent the fans inside the Singapore Indoor Stadium into a frenzy.

Finally getting the action he wanted, Rodtang danced with excitement and let Khalilov tee off on his face with a four-piece combination that he chewed up and spit out. “The Iron Man” answered with more punishing combinations, but Khalilov showed tremendous fortitude until the final bell. 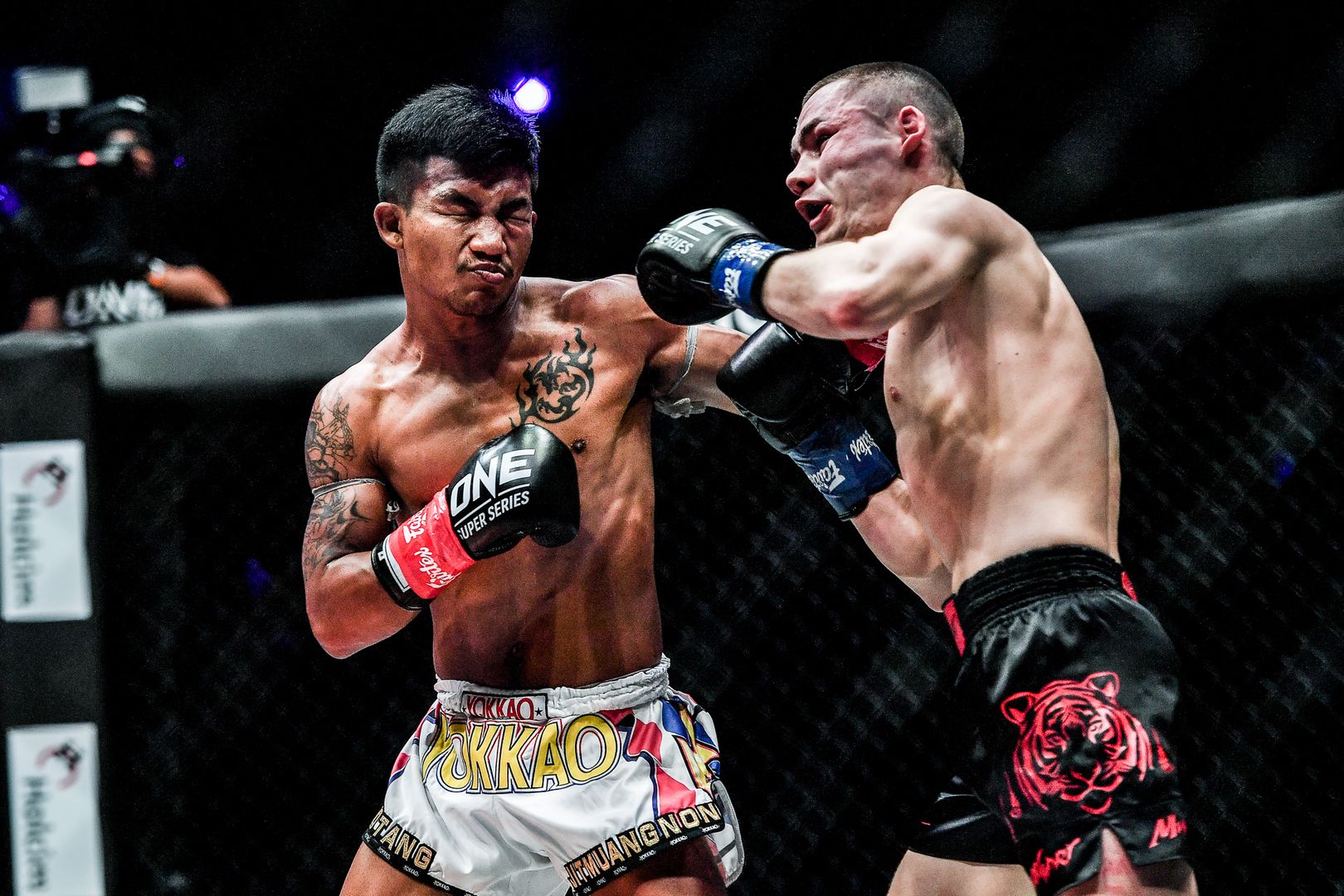 Khalilov may not have gotten the win, but he certainly earned the respect of Rodtang, who took the split-decision win in his ONE Super Series kickboxing debut and bumped his striking record to 266-42-10.

To top it off, “The Iron Man” may have earned himself a shot at ONE Flyweight Kickboxing World Champion Ilias “Tweety” Ennahachi, who fended off a challenge from “The Kicking Machine” Superlek Kiatmoo9 in the evening’s main event.