After impressing in her ONE Championship debut two months ago, Thailand’s first professional female mixed martial artist, Rika “Tinydoll” Ishige, has opted for a quick return to action so she can keep her momentum rolling.

On Friday, 26 May, the 28-year-old atomweight will welcome promotional newcomer Jomary Torres to the cage at ONE: DYNASTY OF HEROES. The event will be held at the Singapore Indoor Stadium. 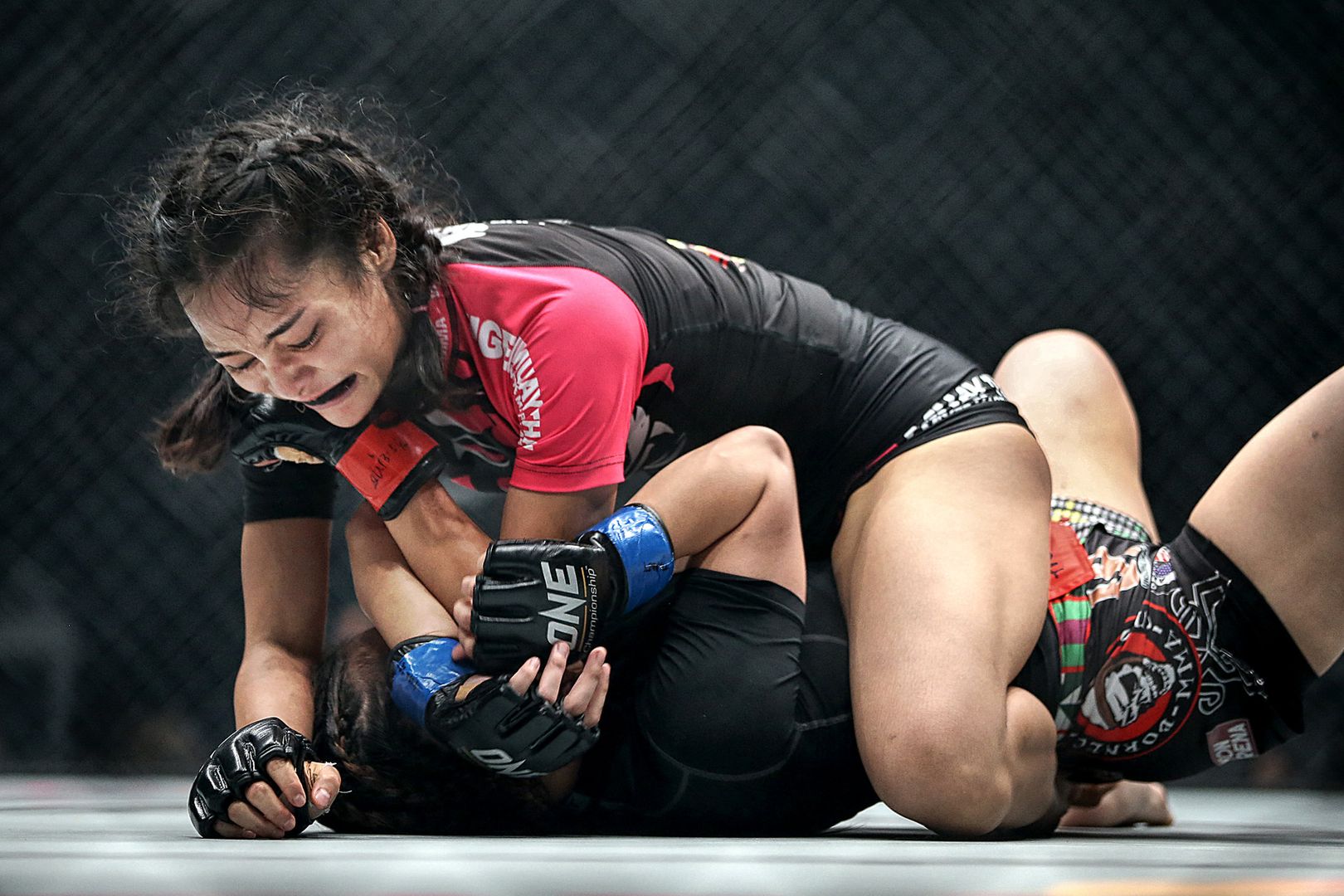 With an impressive first-round TKO victory over Audreylaura Boniface at ONE: WARRIOR KINGDOM in her native Bangkok, she left the Impact Arena injury-free, and resumed training almost immediately.

Just days following her win, “Tinydoll” was on vacation in Korea when she was offered a bout against the debuting Torres. Ishige accepted it immediately, and then found a local gym to get a head start on her preparation. From there, she flew back home and hit the ground running for a second consecutive training camp.

Torres is a talented Filipino prospect who trains out of the wushu-savvy Catalan Fighting System gym. Torres had her lone match last August at a local Filipino show, where she took a unanimous decision victory.

Both Torres and Ishige are relatively inexperienced with matching 1-0 records, and as such, it is not always easy to find much information on opponents. Unfazed by this, the Thai believes her key to victory lies wholly within herself.

“I will work hard on myself, as I do not know what her background is. I only know her team. I have never seen her fight. There is no footage, but I will do my best,” she says. “I like to concentrate my training on myself. It does not matter about the opponent.” 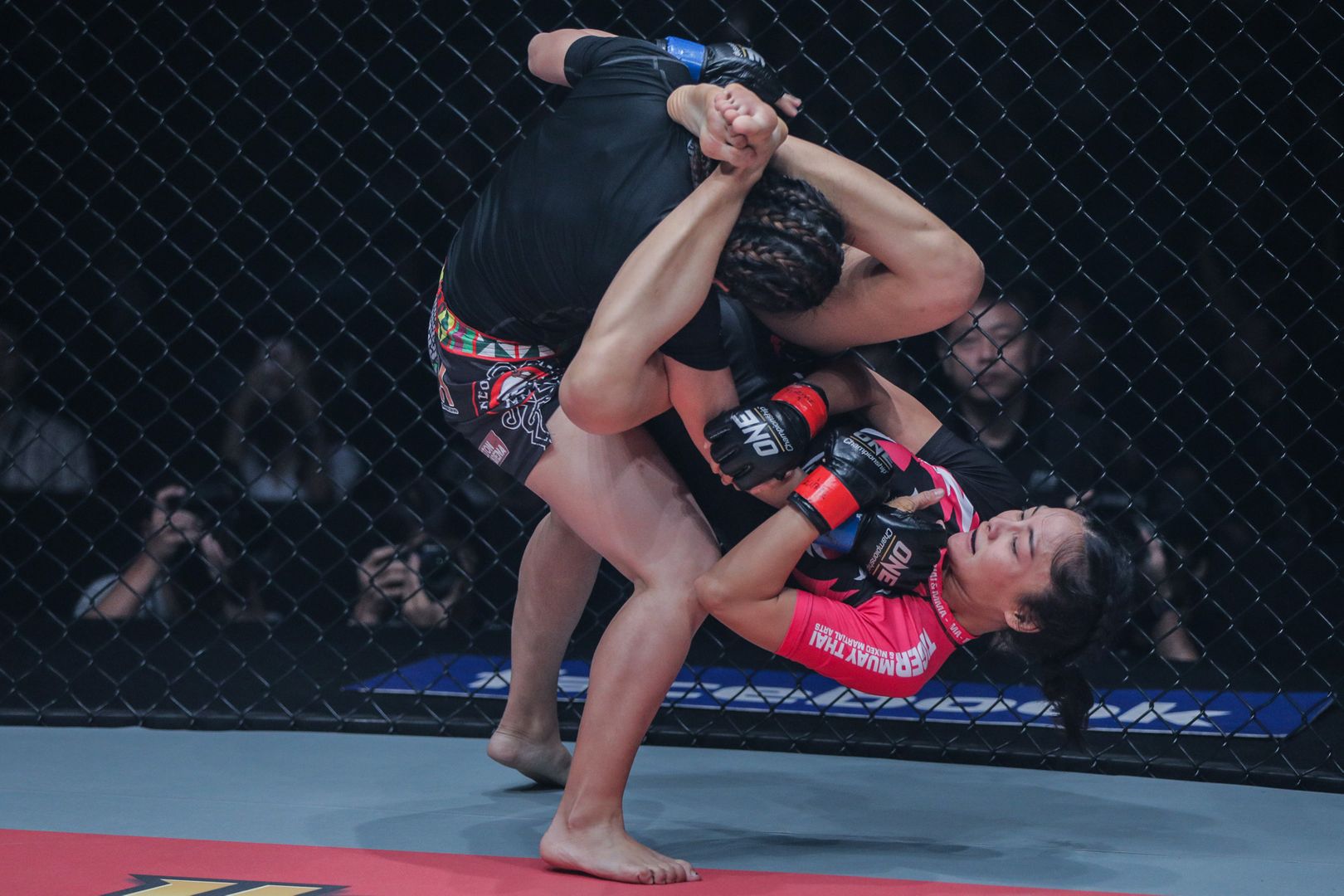 The Bangkok Fight Lab also has an ace up their sleeve now, as Ishige notes that the famed Master Thong, a man who spent many years training champions in the USA, is now part of their camp. He serves as a valuable asset with his extensive mixed martial arts knowledge, something that is unrivaled in Thailand.

As renowned for his eccentricity as he is for his skills, apparently the master’s intuition on how fights will play out is also something to behold.

“[Master Thong] said last time I would use the half guard, and win from there,” she reveals. “I said [Boniface] could not take me down, but she did, and I worked from the half guard to win. He told me what would happen just the night before my fight. I will tell you the plan [for this fight] afterwards. I cannot give away my secrets!” 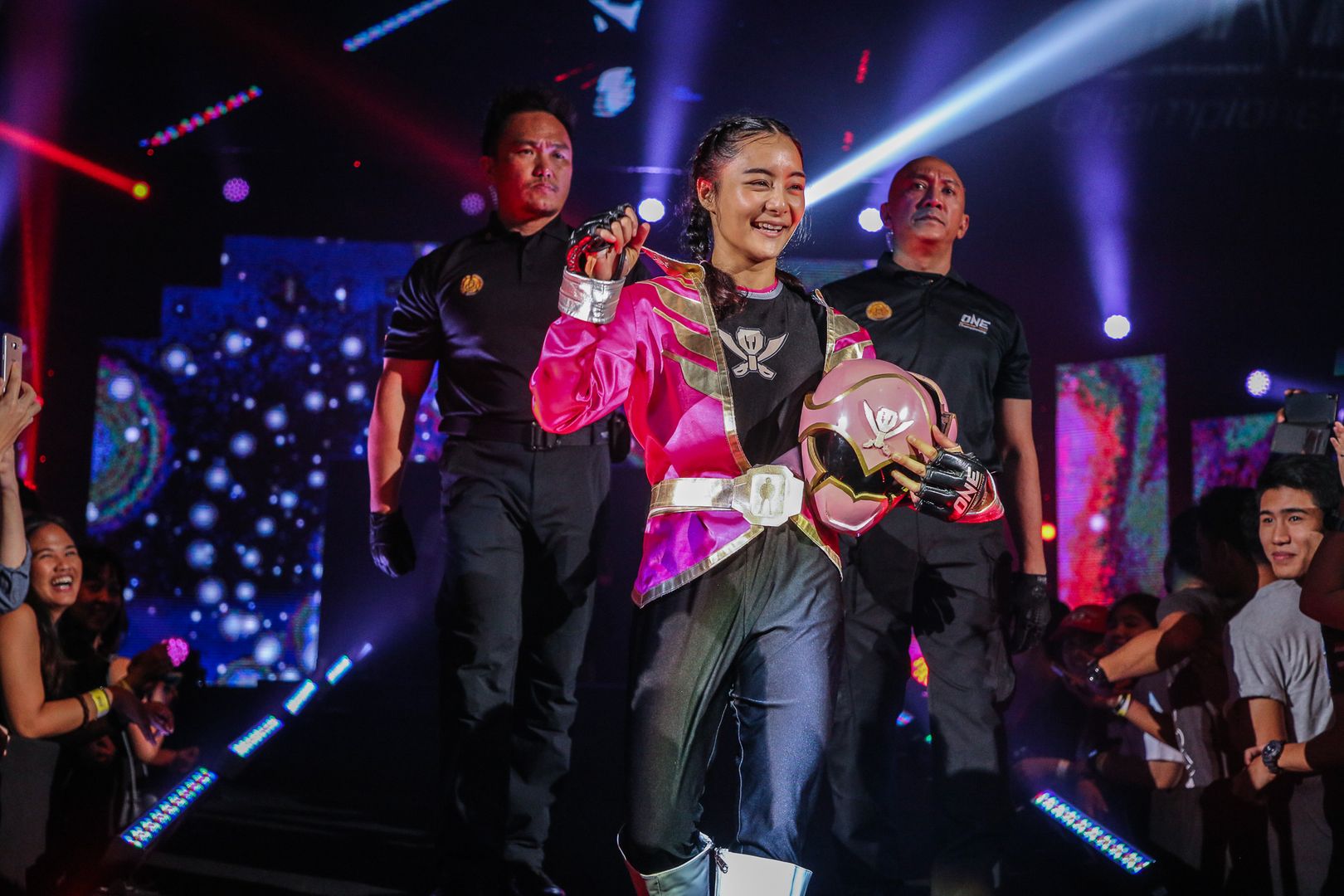 For the second time in as many fights, Ishige will also be featured on the undercard of a bill headlined by Angela Lee, the champion of the atomweight division in which “Tinydoll” competes. This serves as great inspiration and motivation for Ishige, showing what can be achieved, and how much respect is commanded by the leading female athletes in ONE.

By continuing to adapt, grow, and learn, Ishige can keep the currently undefeated champion in her crosshairs, and does not discount a potential meeting between them in the future if the victories keep coming.