Ritu “The Indian Tigress” Phogat punched her ticket to the ONE Women’s Atomweight World Grand Prix Championship Final with another stellar performance at ONE: NEXTGEN.

The Indian wrestling sensation dominated Jenelyn Olsim en route to a unanimous decision victory in the semifinals last Friday, and she is excited to compete for the tournament crown against Stamp Fairtex.

“I feel amazing, and now I am one step closer to my goal,” Phogat says.

Though “The Indian Tigress” dominated the majority of the contest, Olsim – who stepped in on short notice as a tournament alternate – never gave up in her effort to snatch the win.

Phogat knew the young Filipina would come out firing, but she stuck to her tactics and remained in control throughout, even when Olsim threw up some dangerous submission attempts from her back.

“I know she is very good, so I was not surprised. I prepared and followed my game plan. I was ready for this challenge,” the Evolve representative says.

“She tried to armbar and choke me, but it did not feel so hard. I felt like I could escape. Not easily, but I knew I could escape and do my thing.

“It was a tough [bout], definitely, but I showed [Olsim] that it’s not easy to pull me down. I am going to go back, review the match, learn from the gaps, and hone my skills accordingly.”

After booking her place in the final, Phogat returned to Circle-side and watched the other semifinal matchup between Stamp and Julie Mezabarba, knowing she would meet the victor next.

Stamp went on to earn the win by unanimous decision, and “The Indian Tigress” took notes for their upcoming encounter.

“I watched her fight very closely, so I know what I need to do in the final. I will do my hard work and nobody can stop me from getting the belt on my shoulder,” Phogat says.

Stamp – a former ONE Women’s Atomweight Kickboxing and Muay Thai World Champion – will offer the biggest striking threat of any opponent Phogat has faced to date, along with a quickly improving all-around game.

However, Phogat is not fazed by the hard-hitting Thai superstar. Instead, she believes the Fairtex athlete should be intimidated to face a world-class grappler.

“I think Stamp is petrified of me because she has seen my outstanding wrestling skills,” Phogat says.

“She will not underestimate me because of all that she has [already] seen. I’m going to be even more dangerous, and I’m going to unleash myself on my opponent in the next match.”

Phogat’s run to the Grand Prix final has been nothing short of spectacular, and she believes she can cap it off with another impressive performance to claim the prestigious silver belt.

That confidence is unwavering, even though she recognizes that Stamp is a talented adversary.

“The Indian Tigress” is simply determined to show that she’s the brightest rising star in the division – and that she’s deserving of a World Title challenge against reigning queen “Unstoppable” Angela Lee.

“Definitely it’s going to be challenging for me, but I will be ready,” Phogat adds.

“I’ve got my game face on. I’m going to prove that I deserve to be here, and I’m the best in the atomweight division. I will do whatever it takes to defeat Stamp.” 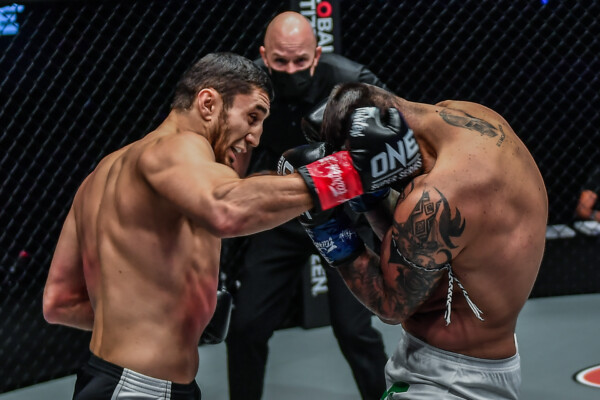