Tawanchai PK.Saenchai is ready to showcase a more dangerous version of his famed striking arsenal with a permanent move up to ONE Championship’s featherweight ranks.

The Thai phenom scored an impressive win over #1 bantamweight Muay Thai contender Saemapetch Fairtex last time out, but he’s struggled to fire on all cylinders in the lower weight class.

With that in mind, Tawanchai expects to unleash another level of firepower against debuting star Niclas Larsen in the man event of ONE 158 on Friday, 3 June.

“In the lighter division, I had to control my weight. I had to eat less in order not to gain weight. So my energy dropped, and I couldn’t perform weight training to improve my natural muscle mass effectively.

“But in the featherweight division where I’m more natural, I can progress in strengthening and conditioning my muscles according to my natural body structure. And I think it is more beneficial to my performance. I think I’ll be more agile, and my weapons will be even stronger.”

Moving up in weight also means that Tawanchai’s opponents will be bigger and stronger, but that doesn’t faze the PK.Saenchai Muaythaigym representative.

He’s already faced off against many of the world’s top Muay Thai athletes, and he’s excited to add some new names to his list.

There’s only one man that gives him pause – ONE Featherweight Kickboxing World Champion Superbon Singha Mawynn – but the 23-year-old striker would love the opportunity to square off with someone of that caliber.

“Although the featherweight division is stacked with the world’s top opponents, I’ll take it as a great challenge. I fear no one, no matter how good they are. I am more than ready to fight. However, I won’t forget to improve myself and get rid of my weaknesses to be on par with the best in this division.

“I don’t think anyone is dangerous except for Superbon. He is superb and in top form right now. He is also my idol. I always study his training and his performances. But I am not afraid of him. I am ready to face him anytime.”

Tawanchai PK.Saenchai hopes to rise through the higher weight class so he can ultimately challenge for ONE World Title gold.

The experienced Danish striker has shared the ring with plenty of elite athletes and will bring a formidable skill set to the Singapore Indoor Stadium, so Tawanchai knows he’s in for a tough battle.

“Regarding [Larsen’s] Muay Thai skills, I give him almost a 10 [out of 10]. This guy is good at Muay Thai, and he has experience fighting with many Thai fighters. [He’s] not an easy opponent.

“I think his punch is terrifying, especially when it is wrapped under the small gloves. I have to be very careful of his punches. His punches are rapid, strong, and accurate.”

While Tawanchai greatly admires Larsen’s weaponry, that respect has also pushed him to prepare harder than ever for their high-profile encounter.

With a well-fueled, productive fight camp behind him, the exciting fan favorite from Pattaya plans to bring plenty of fire – and a few special moves – to this World Title eliminator against “Dreamchaser.”

“I can’t let the cat out of the bag yet, but I have some surprises for him on fight day, for sure. What I can tell is that you will see everything I’ve got – my fists, kicks, knees, and elbows. And there will probably be knockdowns and a knockout.

“I will make my fans feel that this fight was worth waiting for. I’m coming to fight to reach my ultimate goal – the ONE Featherweight Muay Thai World Championship.” 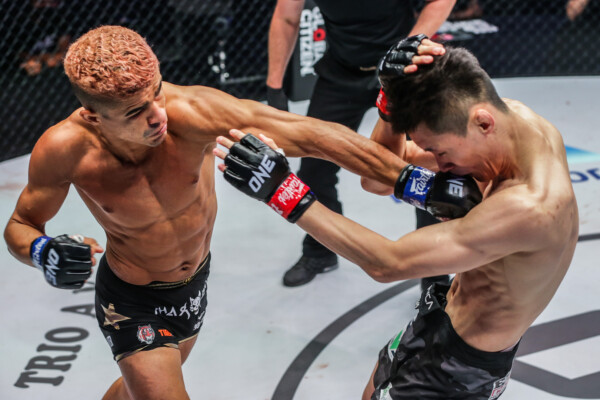 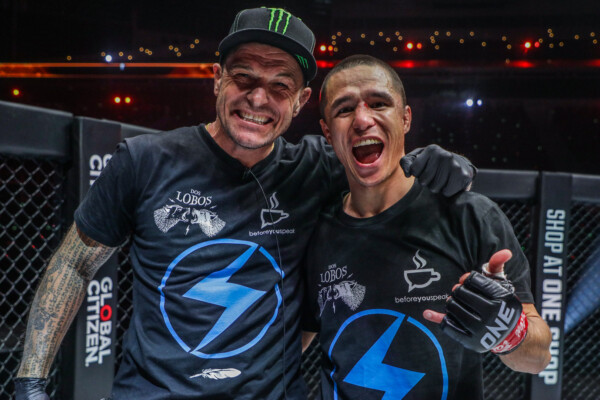 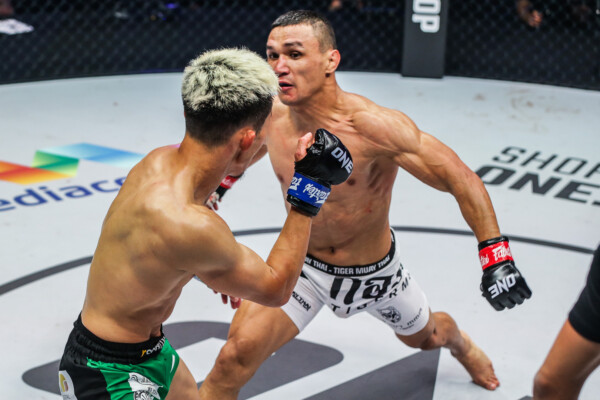