Rayane Bastos knew exactly what Ayaka “Zombie” Miura wanted to do in their 58.25-kilogram catchweight contest at ONE: DANGAL, but she was still powerless to stop it.

Miura finished the Brazilian with her signature scarf-hold Americana in the opening stanza, giving her a victory in their mixed martial arts clash that aired on Saturday, 15 May. 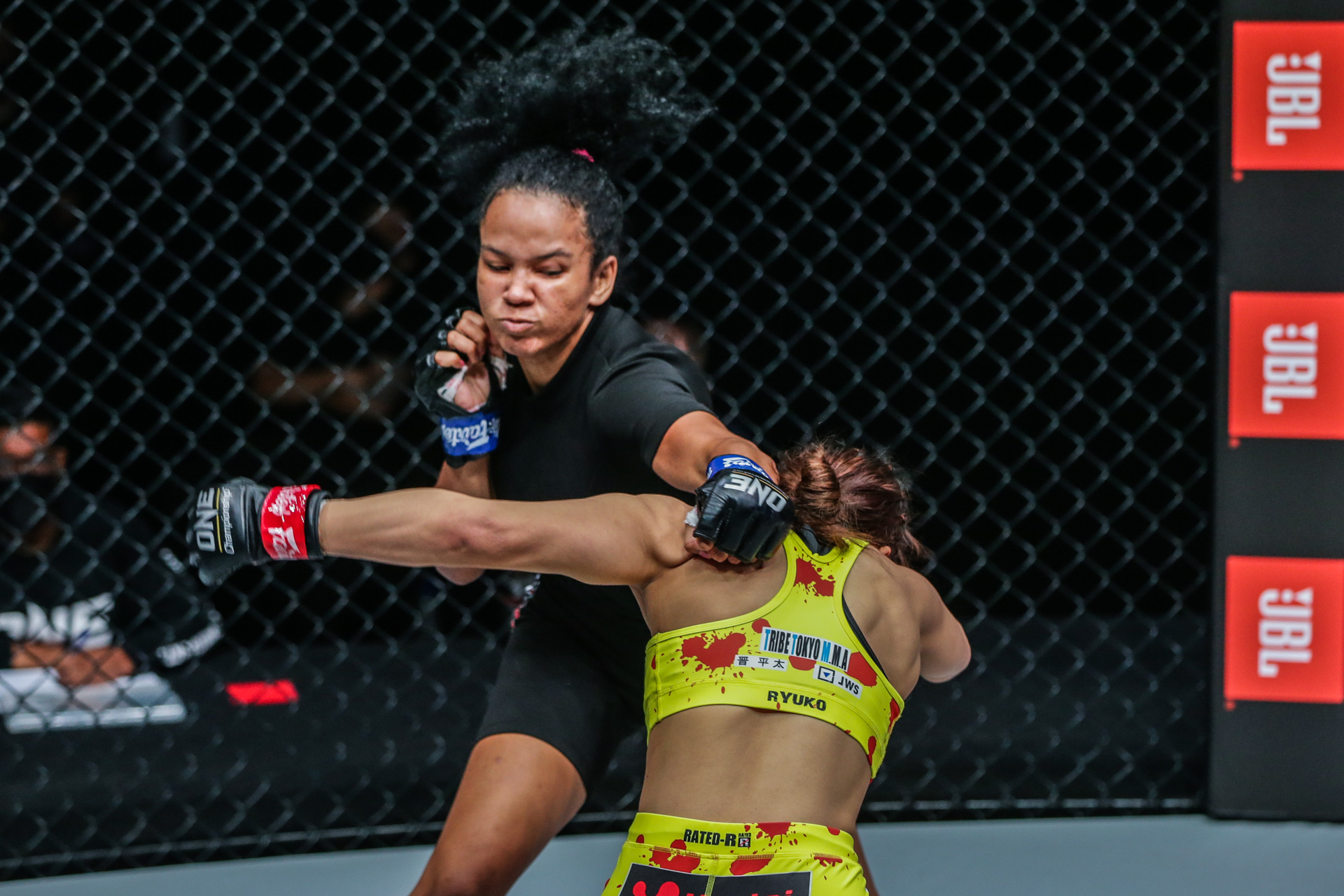 Bastos looked confident when the first round got underway at the Singapore Indoor Stadium. The Para, Brazil native feinted and moved to stop “Zombie’s” clinch attempts before stinging her foe with straight punches when she tried to get inside the distance.

However, it wasn’t long before the Japanese star got to grips with the Equipe JB representative. After being pushed to the Circle Wall, Bastos did well to turn her back off the fence, but Miura used a head-and-arm throw to send her to the canvas.

The Tokyo native landed straight into her favored scarf-hold position and immediately went to work on the submission attack, though Bastos managed to roll out and return to her feet. 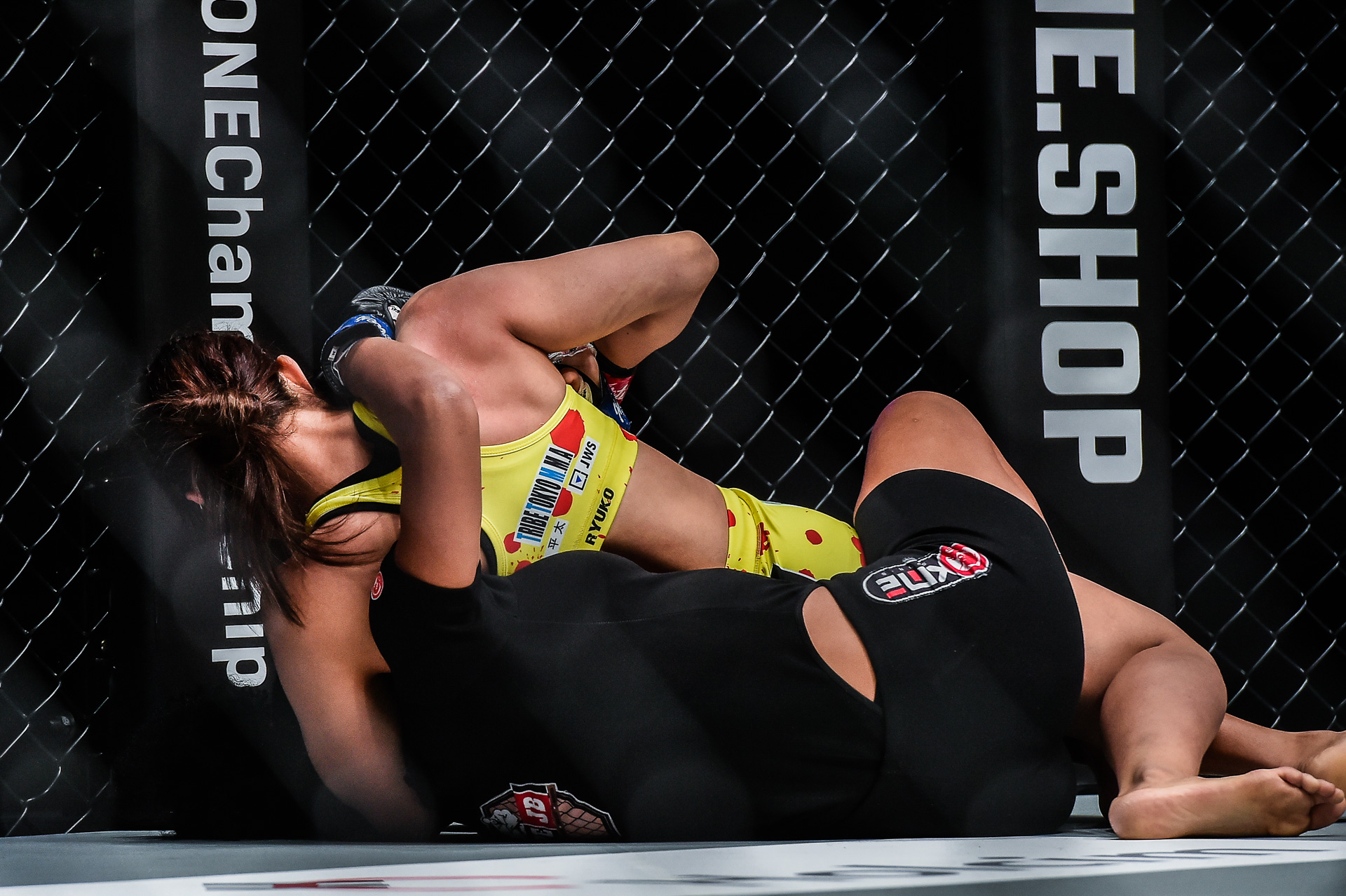 The respite didn’t last long, as “Zombie” quickly dragged her 22-year-old foe back to the canvas. Bastos held onto a half-guard position until Miura freed her leg and slid through to the scarf-hold position once again.

This time, there was no turning back. The Japanese star forced the Brazilian’s left arm underneath her left leg and then slammed her hips into the Americana submission to elicit a rapid tap at the 2:58 mark of round one.

Miura, the #4-ranked women’s strawweight contender, was overjoyed to get back on the winning track, and the first-round victory pushed her record to 11-4 (1 NC). 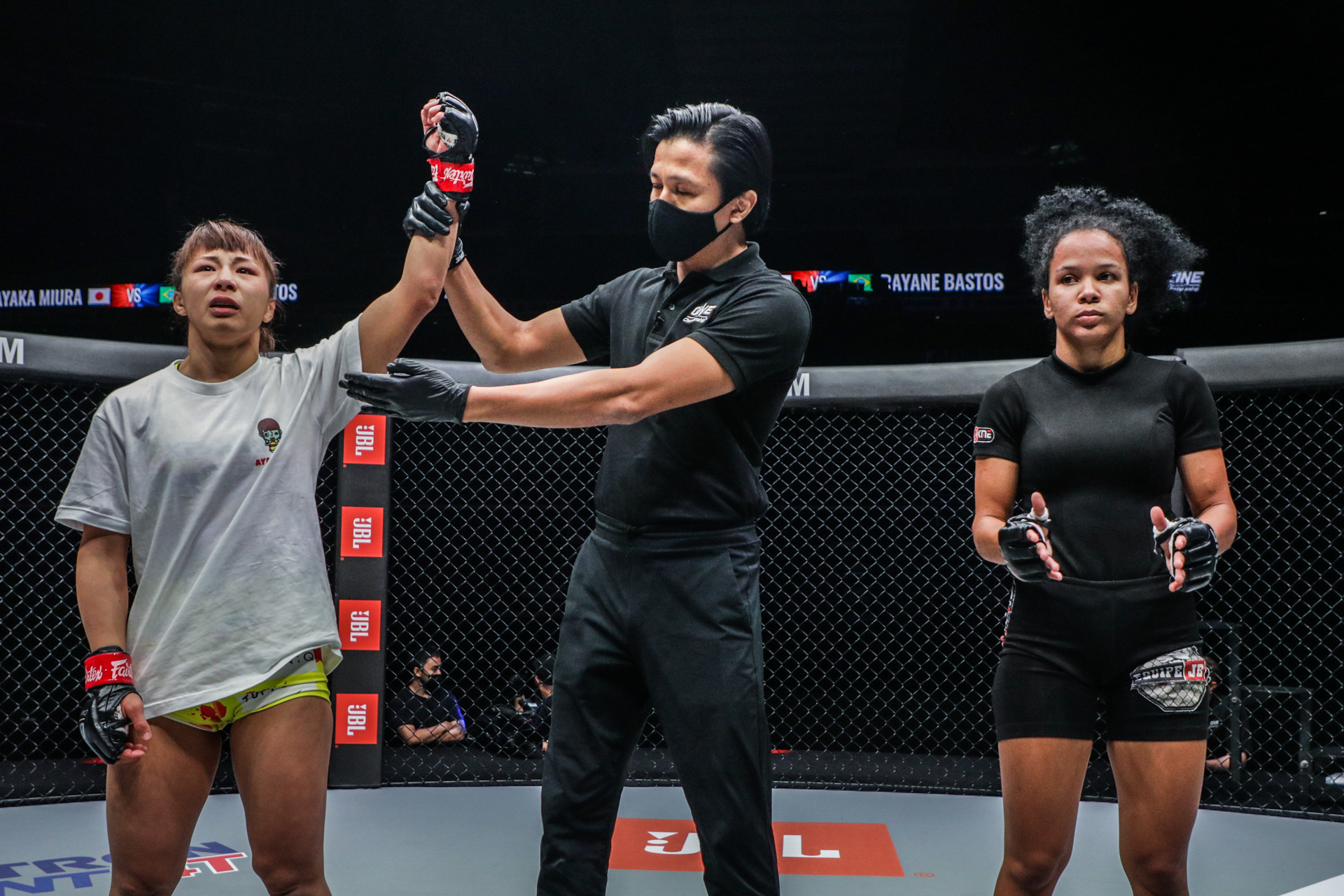 Unbelievably, all four of the Japanese star’s wins on the global stage have come via scarf-hold Americana, which gives her the second-most submission victories in the women’s mixed martial arts ranks.