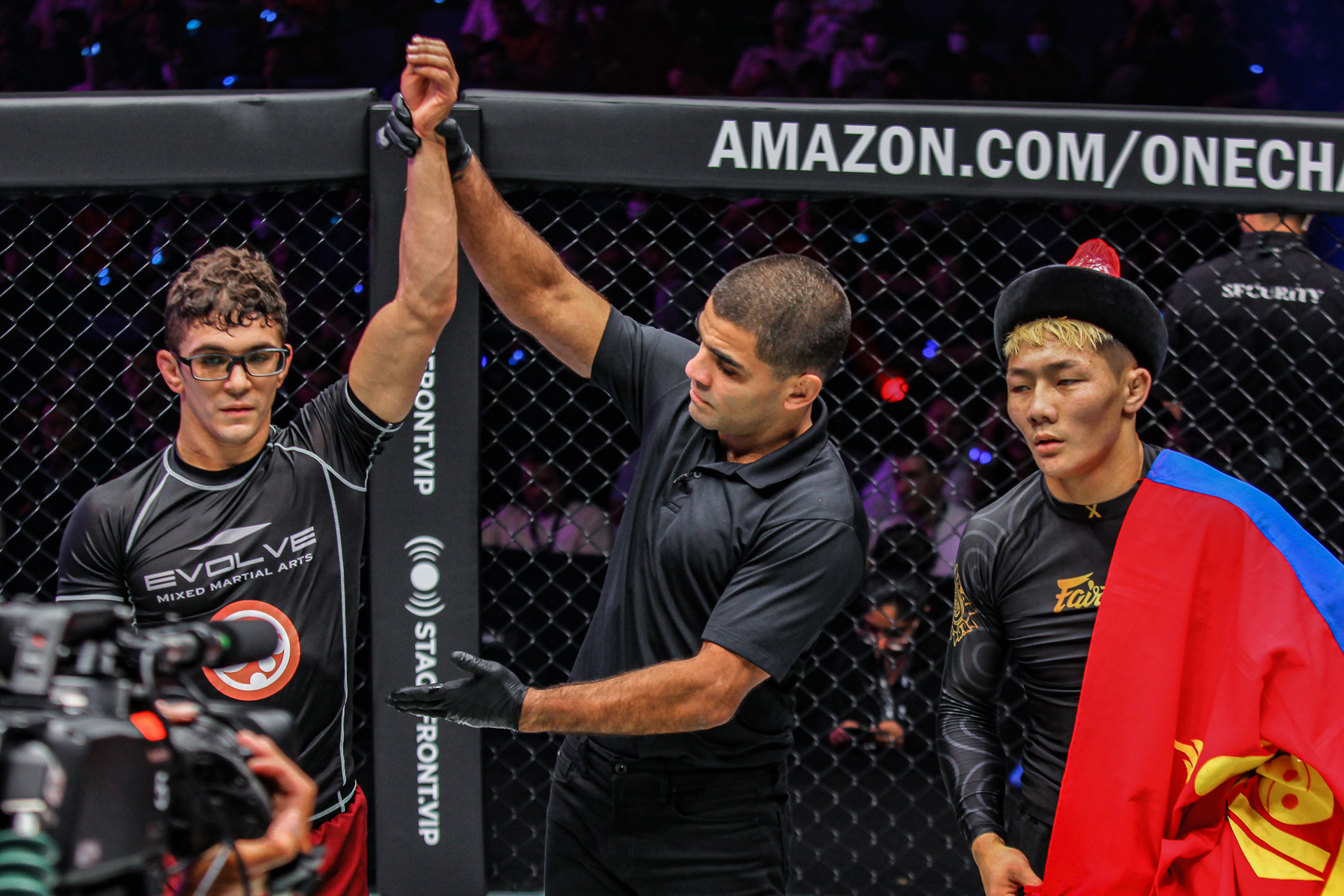 “Darth Rigatoni” put on a nearly flawless performance in the co-main event of ONE Fight Night 6: Superbon vs. Allazov on Prime Video, although he couldn’t finish the tough Mongolian in the first defense of his World Title.

The bout started with Musumeci pulling the sambo stylist into his guard, but after a couple minutes of inactivity, the referee restarted the grapplers on their feet.

Seconds later, the match returned to the canvas, where the American pulled Bayanduuren into his closed guard, attacking with an omoplata before quickly transitioning to a deep leg entanglement.

Musumeci spent more than five full minutes cranking on the Mongolian’s leg, twisting his foot at a truly grotesque angle. But miraculously, Bayanduuren refused to tap in an incredible display of heart and grit.

With just under two minutes remaining, “Darth Rigatoni” released the leg and began to attack with a guillotine choke and, briefly, a rear-naked choke to close the match.

He couldn’t elicit the tap, but the 26-year-old grappling superstar was awarded the unanimous decision for his dominant showing.

In his post-fight interview, Musumeci commented on Bayanduuren’s absurd toughness and refusal to submit to a fully locked heel hook.