Meng Bo maintained her perfect record in the Circle at ONE: UNBREAKABLE, but former ONE Women’s Strawweight World Title challenger Samara “Marituba” Santos made her work hard for the win.

The #2-ranked atomweight contender rightfully earned the nod after three rounds, but that came after she failed to score her customary KO against the game Brazilian. 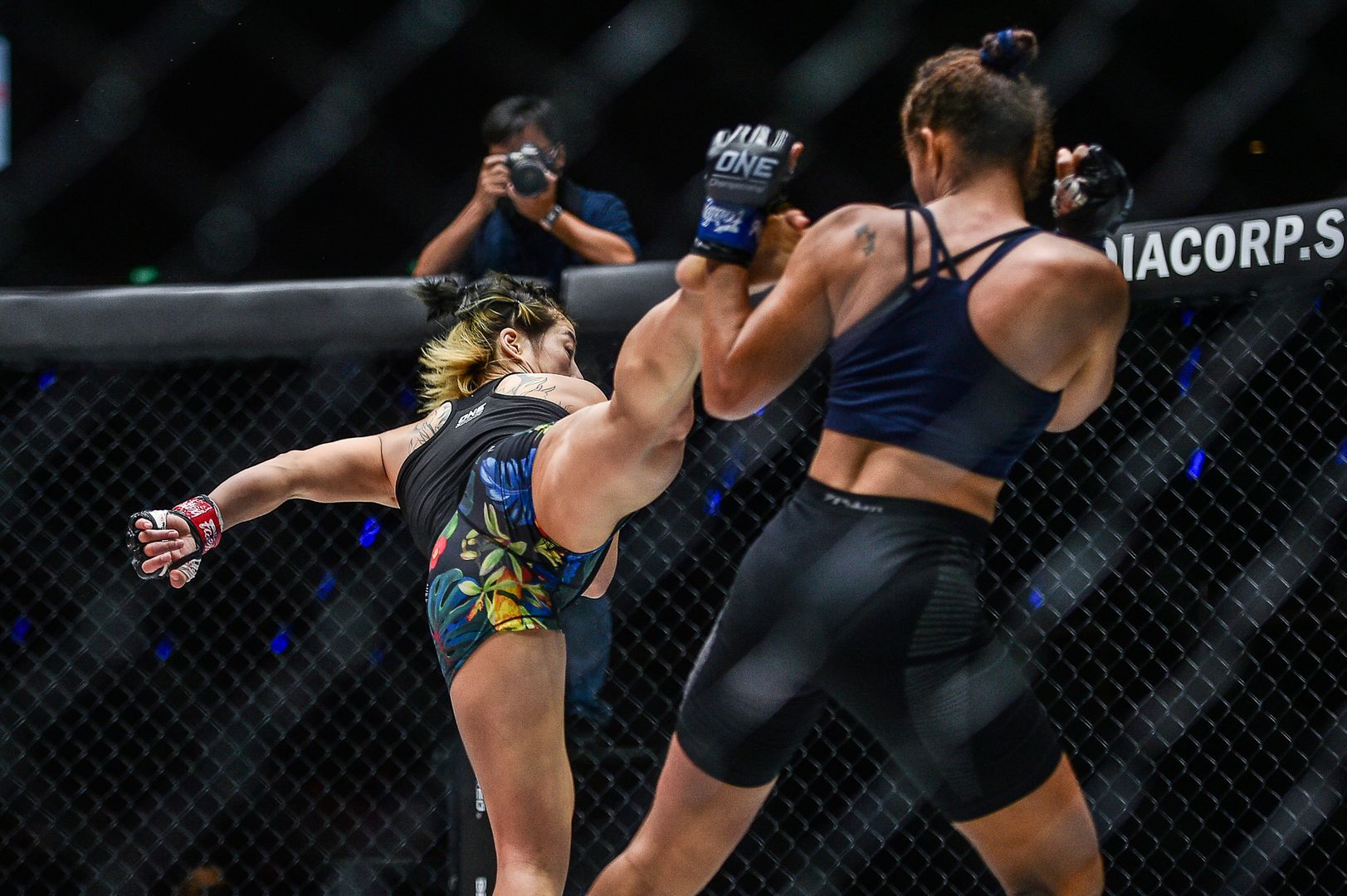 China’s Meng began by probing with her jab and low kicks, and she seemed to be setting up her trademark counter right hand.

She scored with it when the match burst into life, but not before she ate a couple of punches as Santos charged forward.

“Marituba” also took top position for a moment when Meng tripped as she threw her cross, but the Chinese star swept into top position and mostly controlled the rest of the round. 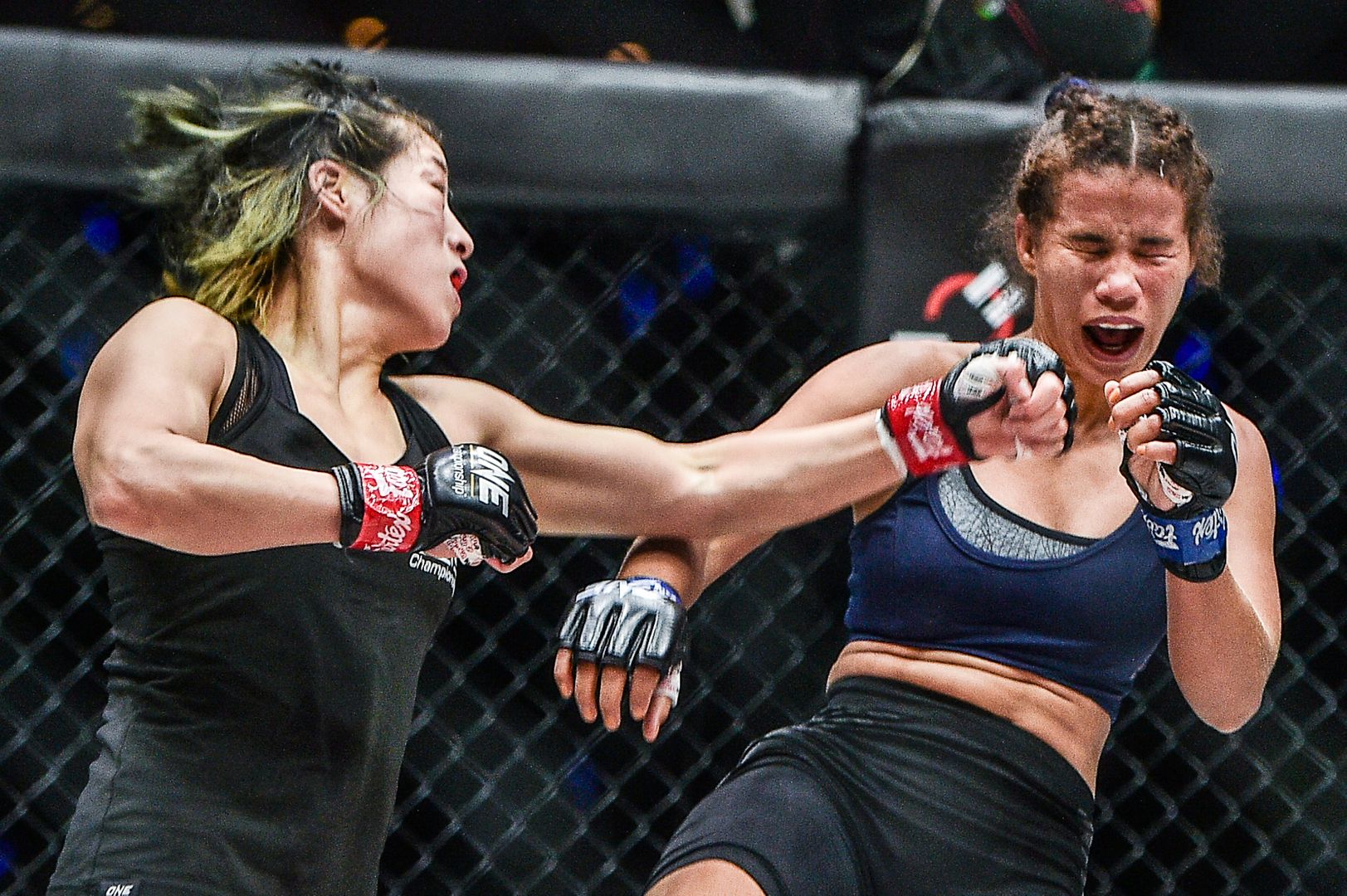 The second stanza began with Santos coming forward with purpose once again, but the Chinese star was ready to make her pay for that aggression.

Meng scored with a barrage of uppercuts from the clinch, and then she used a hip toss to fling her opponent onto the mat.

Though Santos maintained an active guard, Meng controlled most of the round until she stood up and invited the Brazilian to her feet with 30 seconds remaining in the frame.

The Tiger Wang Gym athlete landed the cleaner, harder strikes, but “Marituba” showed she was still not afraid to exchange heavy leather. 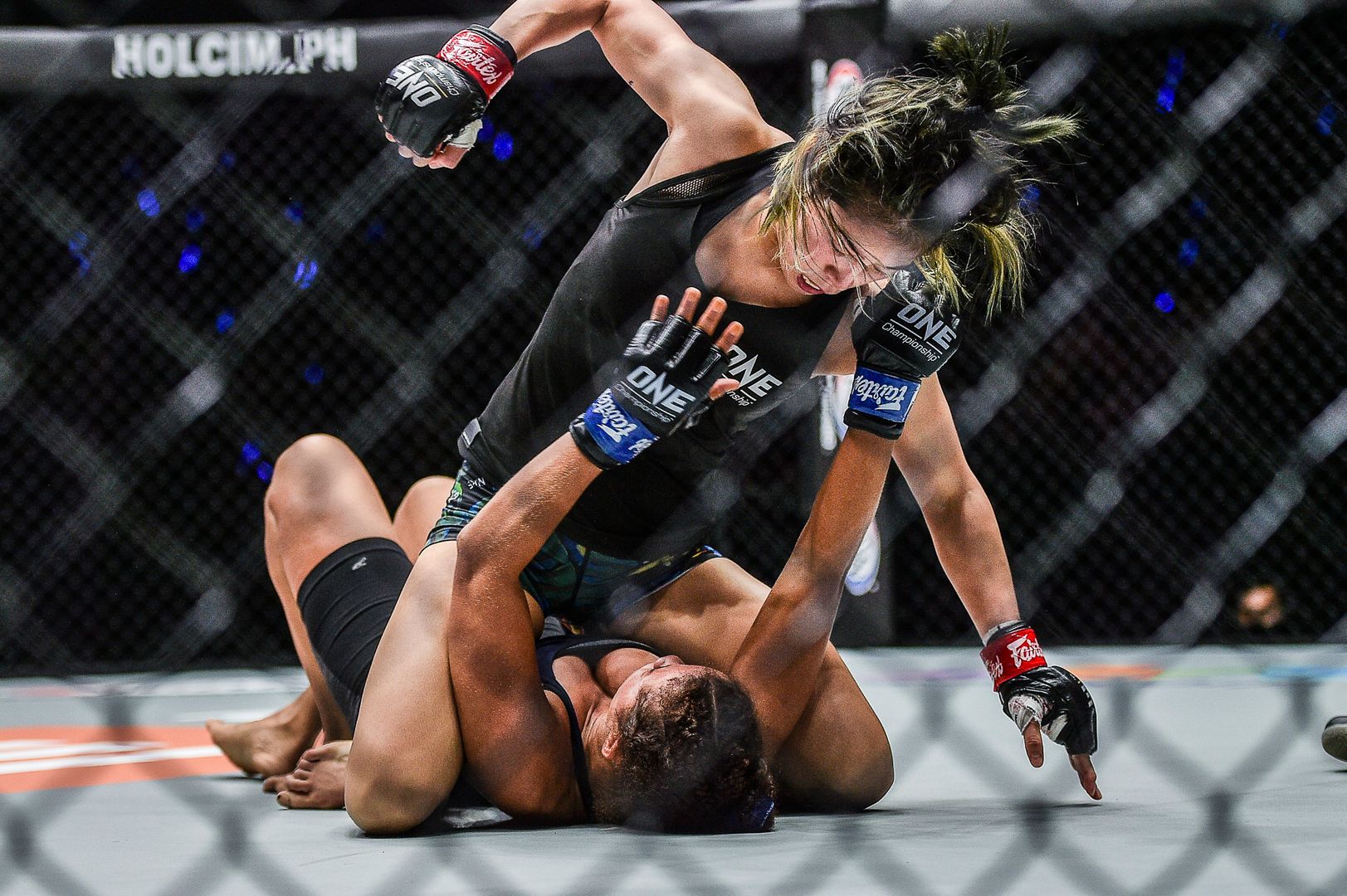 The final period began with Santos trying to close the distance and land punches again, but by then, Meng was slipping strikes with aplomb and replying with venom.

She also scored with some big elbows in the clinch, as well as some ground-and-pound from mount in the final moments of the contest. However, she missed out on a late TKO when the final bell rang to save Santos.

All three judges scored the bout in favor of Meng to give her the win by unanimous decision. The victory moved her to 3-0 in ONE Championship, and 16-5 overall in her mixed martial arts career.

Santos may have been defeated, but she emerged from her atomweight debut with a ton of credit after a valiant performance against one of the division’s premier talents. 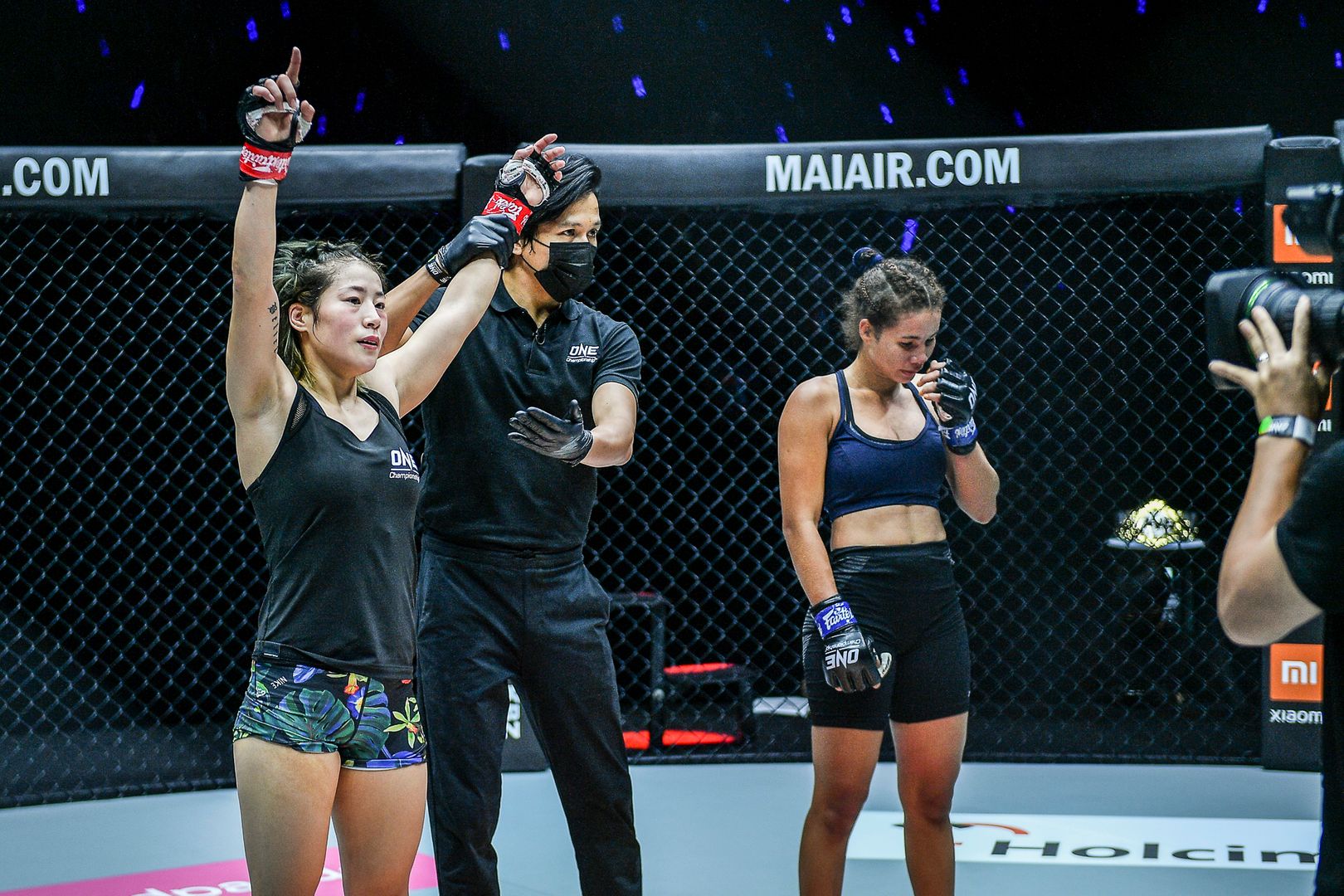