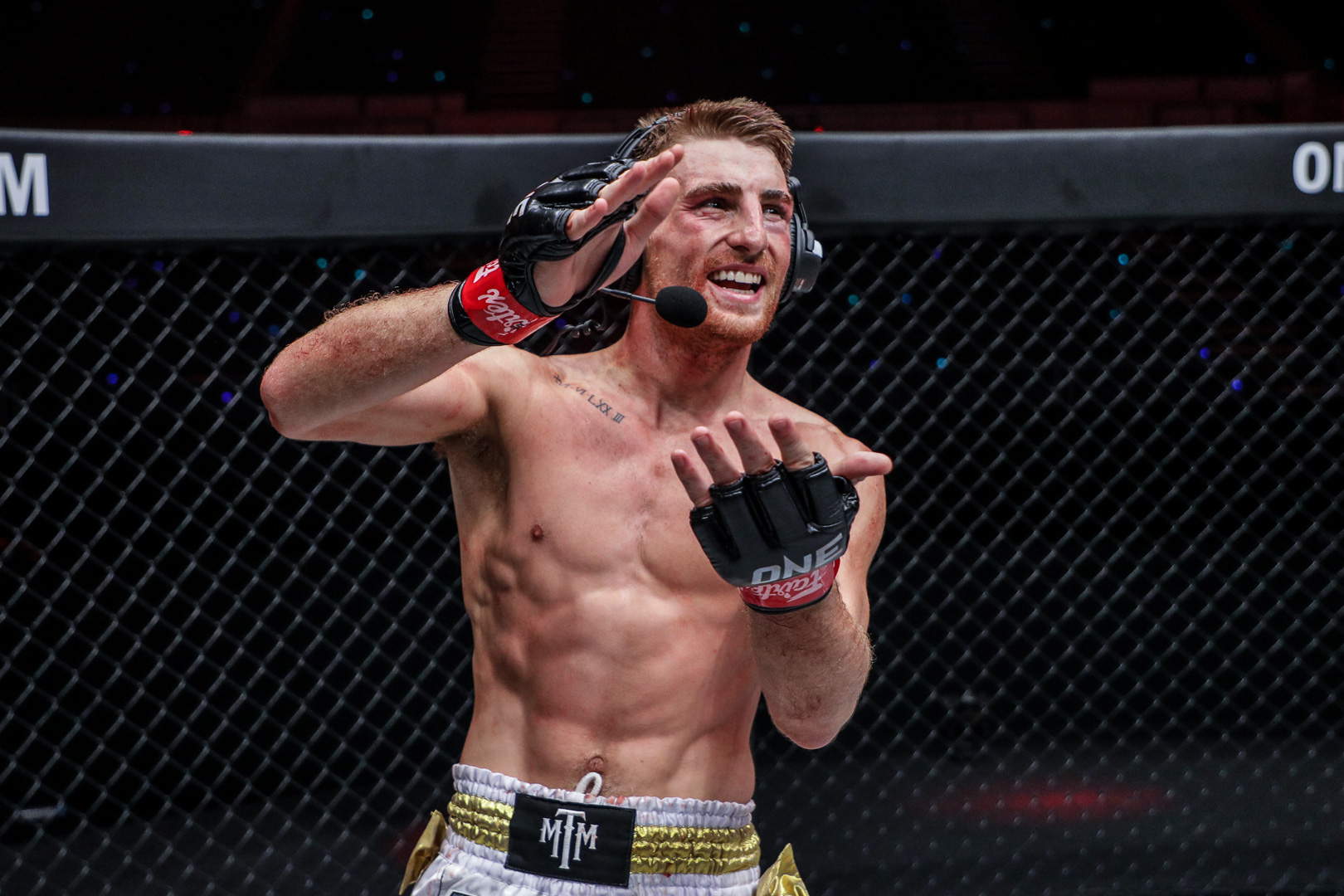 Just like the rest of the combat sports world, Jonathan Haggerty tuned in with intrigue as Muay Thai megastar Rodtang Jitmuangnon faced off with MMA great Demetrious Johnson in a special rules super-fight at ONE X.

However, the former ONE Flyweight Muay Thai World Champion had more of a vested interest than most as he watched the unique mixed-rules clash on Saturday, 26 March.

The British striker previously faced Rodtang in a pair of World Title bouts, while a matchup with Johnson is apparently high on his to-do list.

And after “Mighty Mouse” submitted the Thai superstar in round two – surviving the Muay Thai frame and then capitalizing in MMA – “The General” was quick to offer up the next fight.

Congratulations on the win champ.

@onechampionship let’s get this show on the road 🔥👀

This is not the first time Haggerty has called out Johnson.

He has a ton of respect for one of the all-time greats in mixed martial arts, but he feels ready to offer up a stiff challenge if they square off in a similar contest.

When pressed on the idea following his latest Muay Thai win over Mongkolpetch Petchyindee at ONE: BAD BLOOD, “The General” said he was ready to battle DJ at any time:

“As soon as I get back in the gym, I’m jumping straight on MMA training and I’m waiting for that phone call. Like I said, I think I would be a tougher fight for Demetrious Johnson [than Rodtang is], in all God’s honest truth. I’m just more athletic, so we’ll see what happens.”

Does Jonathan Haggerty Have The Tools To Succeed In MMA?

After Muay Thai superstar Rodtang Jitmuangnon got dominated and choked out in the first MMA round against Demetrious Johnson, it wouldn’t have been a surprise if Jonathan Haggerty backed away from his statements about a matchup with DJ.

However, nothing about the special rules super-fight at ONE X came as a surprise to “The General.”

His father was a professional MMA fighter in the UK, and the 25-year-old athlete has spent years learning the all-around sport.

“I’m a born fighter. My dad’s got his own MMA gym, and I’ve grown up around MMA fighters. I’ve been doing the basics for years. I’d love to do an MMA fight. I did always say MMA would be the final goal.”

It appears the question is not whether Haggerty will try his hand at MMA inside the Circle – but when he will take the plunge.

And with so much buzz surrounding the epic Johnson vs. Rodtang fight last weekend, the prospect seems closer than ever for ONE’s #1-ranked flyweight Muay Thai contender.

“I will definitely be moving into MMA. It may be this year. I’m excited. I’ve always wanted to do MMA. I’m excited for that, man.”