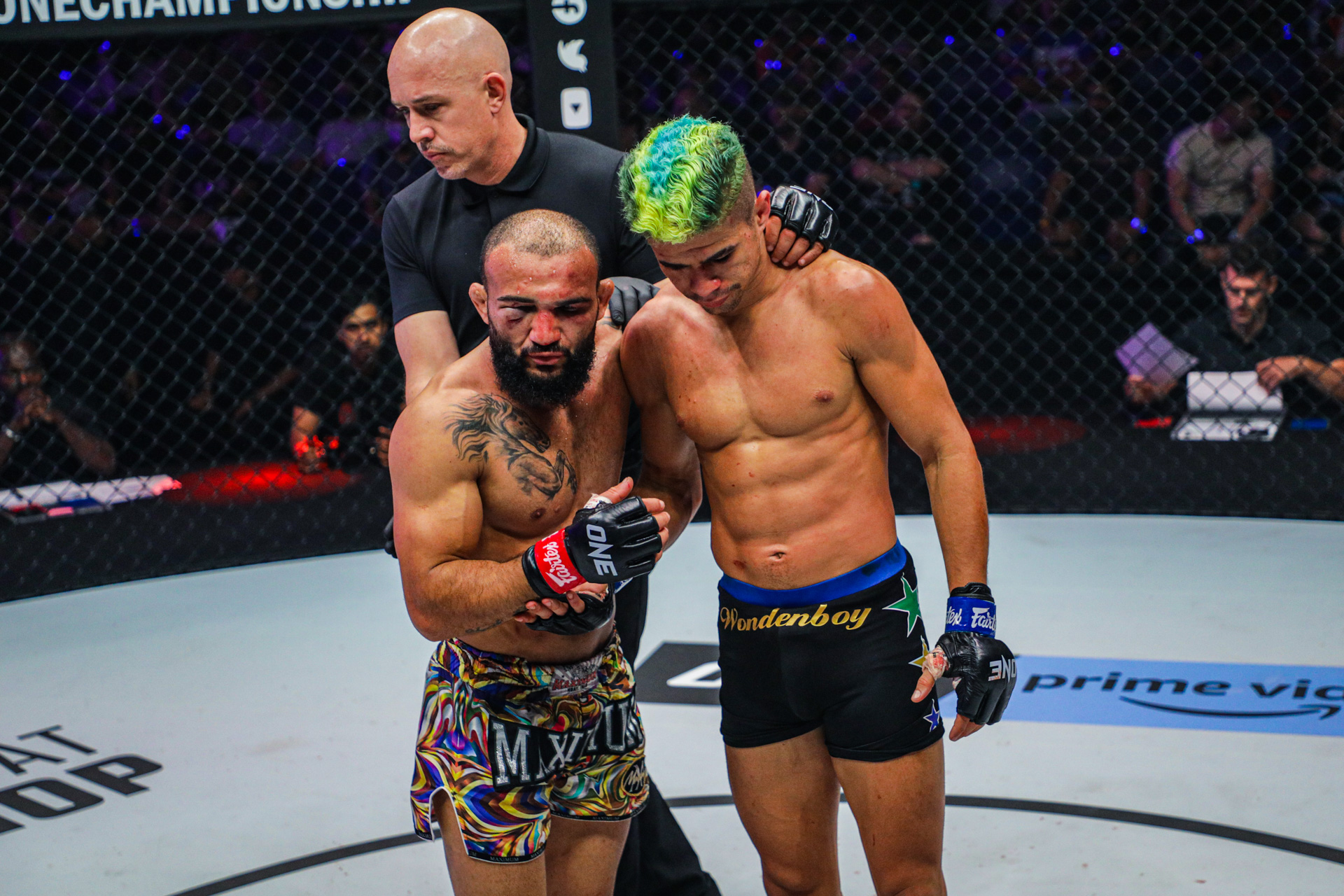 This past Friday, October 21, the Brazilian strikers met in the main event of ONE on Prime Video 3. For two and a half rounds, the bantamweights captivated the crowd at the Axiata Arena in Kuala Lumpur, Malaysia, with their fierce stand-up repertoires and warrior spirit.

However, the action came to a screeching halt when an unintentional low blow left Lineker unable to continue. As a result, the bout was ruled a no contest and the ONE Bantamweight World Title was forced to remain vacant.

It was a dream start for Andrade, as the 25-year-old phenom took to the center of the Circle and strategically battered his shorter rival from distance.

“Wonder Boy” connected with a jab-straight combo, which wobbled Lineker midway through the opening stanza. But the former titleholder recovered, landed a takedown, and then unloaded some heavy ground-and-pound in an effort to squash his compatriot’s momentum.

The second round was much of the same, with Andrade walking down “Hands of Stone” and poking at him with his jab and straight left. The damage eventually started to accumulate on Lineker, whose right eye was almost swollen shut just minutes into the frame.

Ever the competitor, the former bantamweight king stepped forward and responded with another takedown. “Wonder Boy” stood right back up, but he ate some solid left hooks and, for a moment, it seemed as if Lineker was turning the tide.

However, not even the toughest MMA fighter would be able to overcome what happened next.

Andrade continued to stalk Lineker in the third stanza, targeting his damaged eye with more jabs and straight lefts. But the 32-year-old loaded up his hooks and went body hunting with his “Hands of Stone.”

Just as the former bantamweight king was seemingly getting comfortable, “Wonder Boy” connected with a beautiful knee to his rival’s midsection, taking the wind out of him.

Once Andrade saw his countryman wince, he moved in for the finish. He attacked his foe with a few punches and then leaped forward with a knee.

Unfortunately, that knee missed the intended target and landed low, ultimately shattering Lineker’s cup guard and putting him on the canvas at the 2:45 mark of round three.

Due to the unintentional illegal blow, Lineker was given five minutes to recover. But once the allotted time expired, it was clear he could not continue and, as a result, the bout was declared a no contest.

For now, the ONE Bantamweight World Title remains vacant after Lineker failed to make the 145-pound weight limit for this World Championship bout. 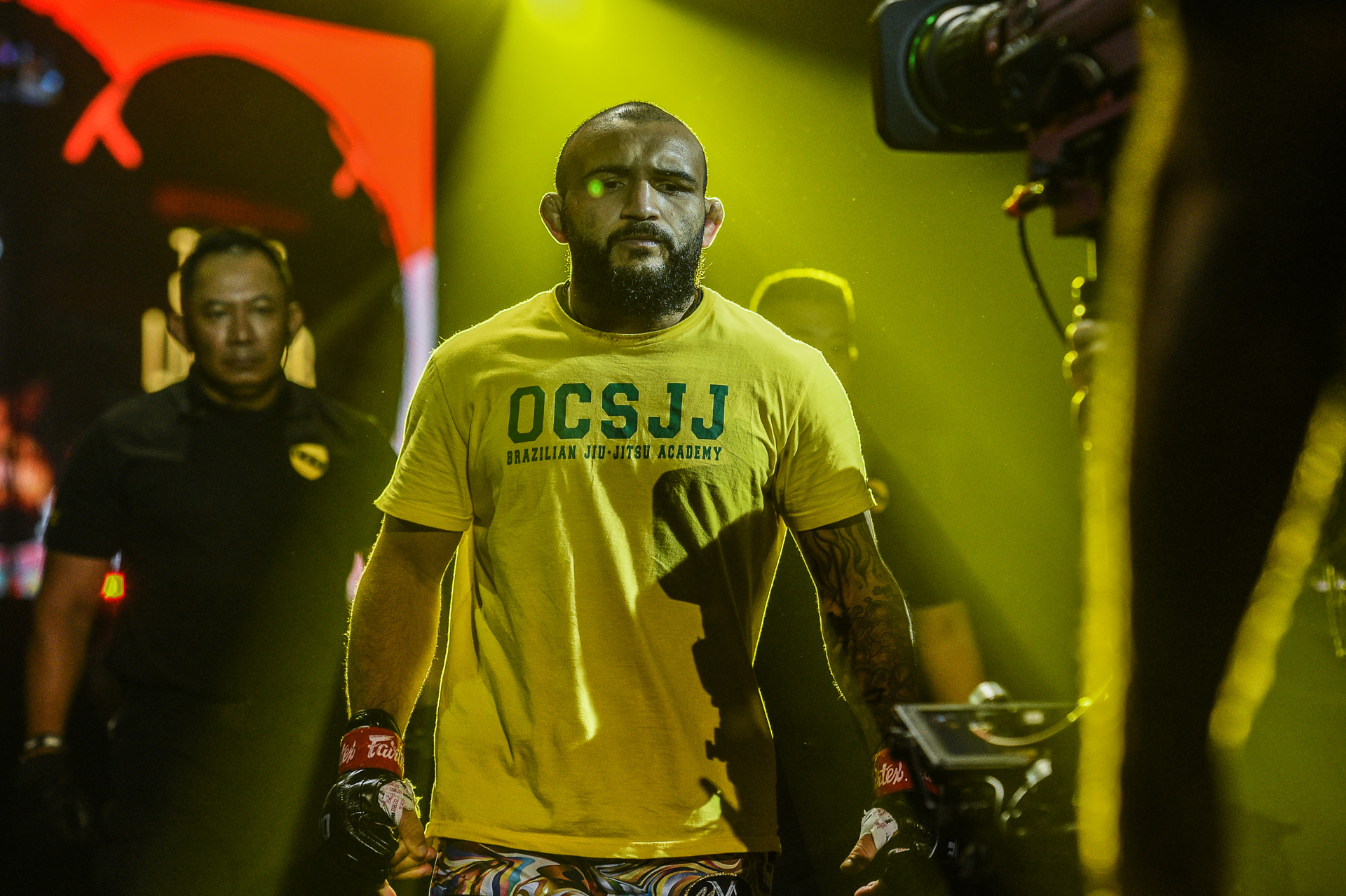 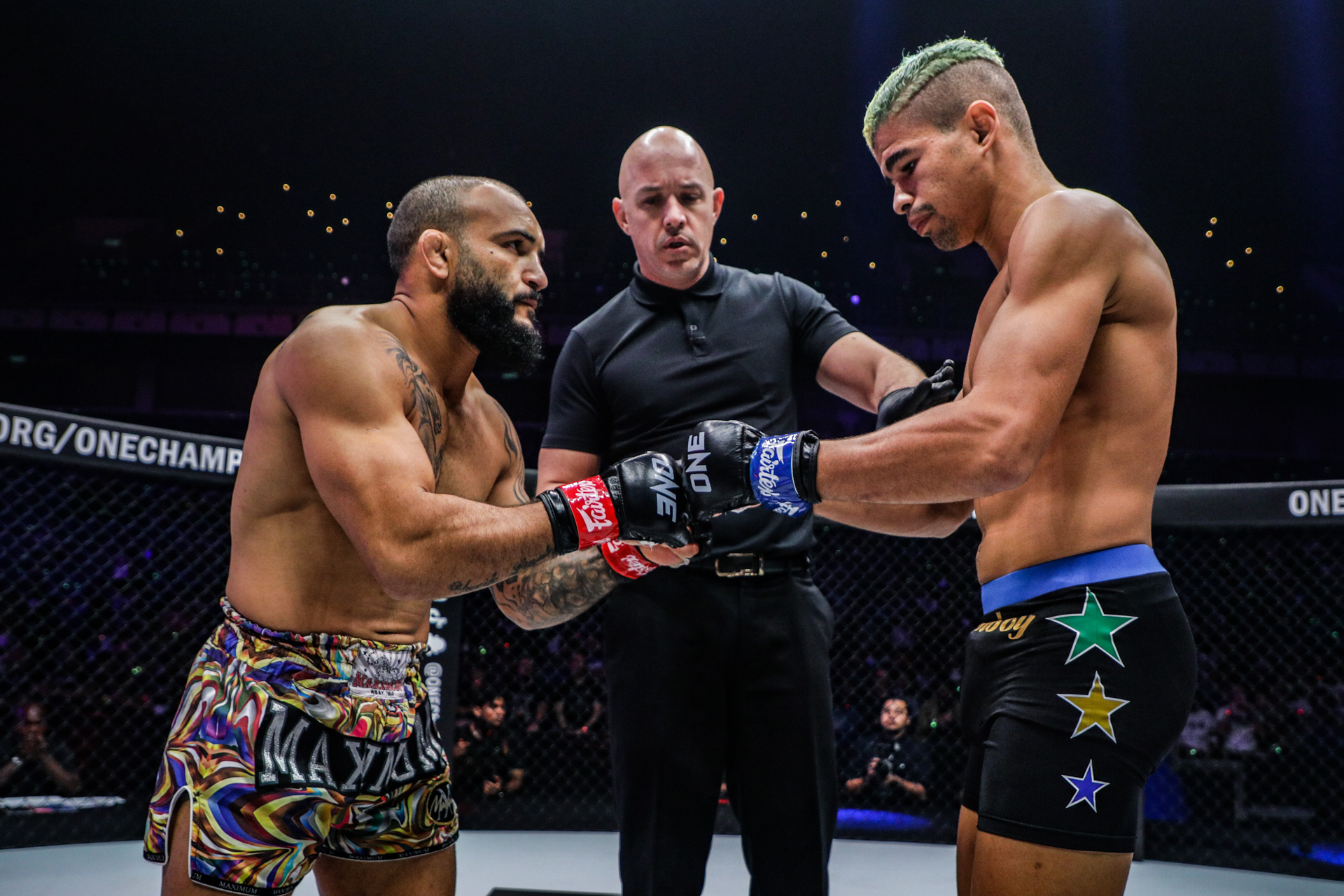