Amir Khan has been on an impressive roll as of late, and he expects to build upon that momentum to make his country proud.

The 22-year-old hometown hero will step inside the Singapore Indoor Stadium on Friday, 26 May, to battle India’s Rajinder Singh “Knockout” Meena at ONE: DYNASTY OF HEROES.

Not only does the local favorite expect to win, but he believes he is better than his opponent in all aspects of the game.

“For this match, I do not have any particular game plan,” Khan admits. “I feel I am superior to him in every way possible.” 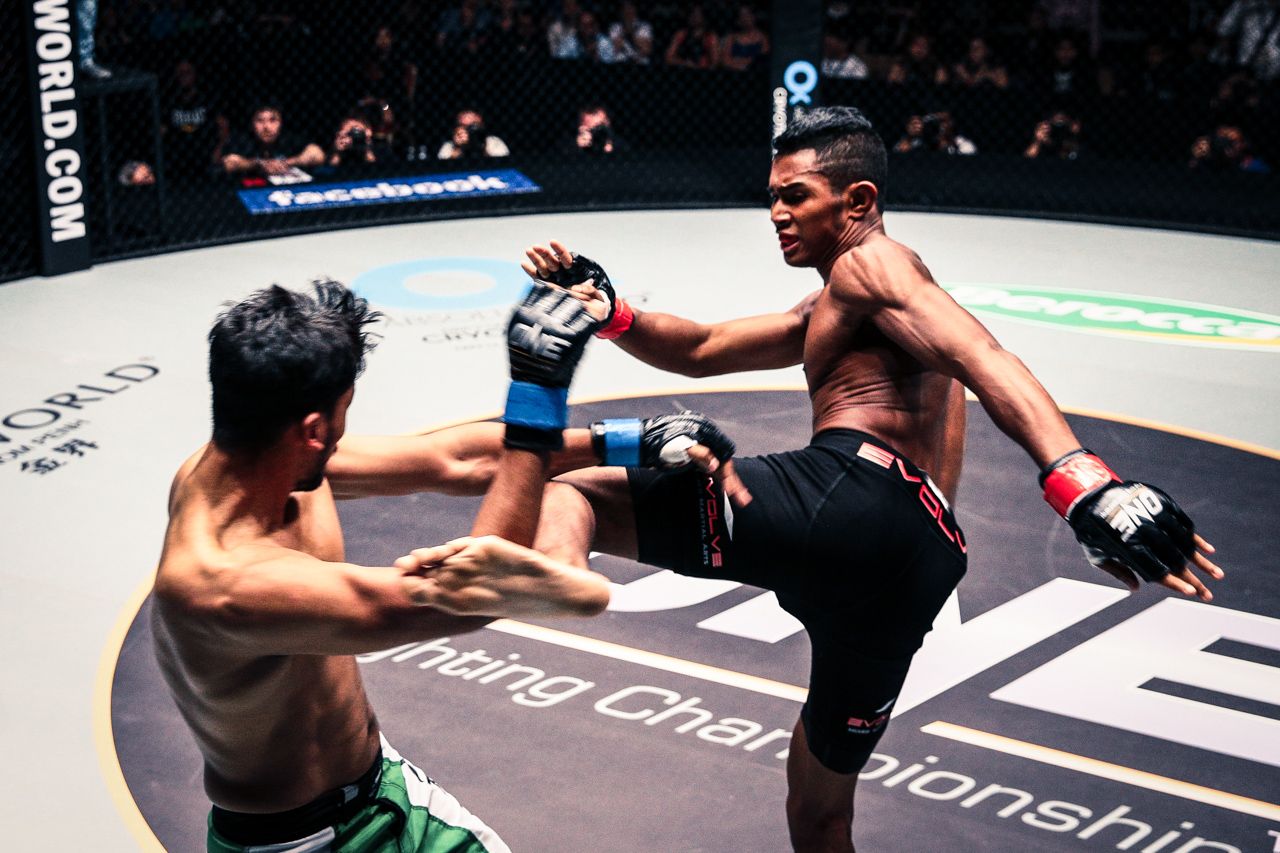 Khan has trained, and competed, in Muay Thai for the past eight years, and started his mixed martial arts journey in 2012 while studying in the United States.

Two years later, he made his professional debut at a southeastern regional show there. Despite his remarkable striking ability, he was taken down and consequently submitted by an ankle lock in the first round. That loss changed his outlook on the sport entirely.

“I thought I was ready. I thought I was just going to jump into it. But it just made me realize that I had to sharpen my game all around,” admits Khan. “I always had doubts if a guy took me down, whether I would be able to get back to my feet. I pushed away those doubts, I did not really go out of my way to learn new things, and I was not patient.”

After moving back to Singapore, Khan immediately found a home at Evolve MMA, where he corrected those mistakes and rounded out his skills. Soon, he developed into one of the nation’s finest prospects. 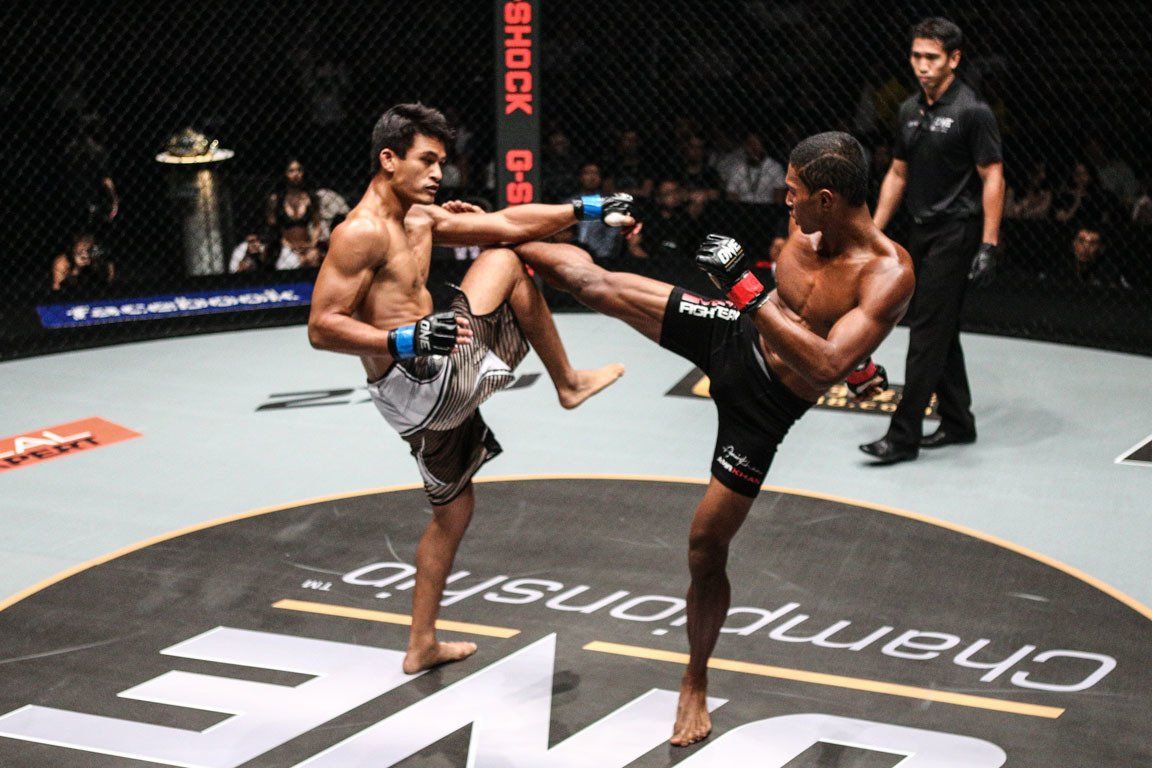 The Singaporean signed with ONE Championship in short order and restarted his career. He won three consecutive bouts via TKO, including one over Pakistani mixed martial arts pioneer Bashir Ahmad. But that momentum came screeching to a halt in May 2015, when he lost a close split decision to Thai superstar Shannon Wiratchai. That was when Khan learnt his second-most valuable lesson in the sport.

“I felt that I was overtraining for that fight, and I was too stiff and not mobile. I was almost fighting like it was Muay Thai. I was not loose and bouncing around,” he reflects. “After that loss, you see that I now fight more loosely, I move in and out more, and I use my range.”

Since that bout, the Singapore native has successfully regained that lost momentum. He quickly racked up two more TKO victories, and most recently, submitted the Philippines’ Vaughn “The Spawn” Donayre at ONE: DEFENDING HONOR last November.

The last win was particularly impressive given Donayre had a deep Kimura that had him in trouble, just minutes before he pulled off a spectacular comeback in the third round with a rear-naked choke.Now, Khan is on solid footing. He currently holds a professional record of 6-2, with five wins coming by TKO and another by submission. Every one of his six victories has been finished inside the allotted time, making each bout an exciting one for fans to watch.

“I always love to look for the finish. I hate to leave it to the judges,” he confirms.

When Khan enters the ONE cage on 26 May against Meena, he will attempt to extend his three-fight winning streak, and establish himself as a legitimate contender in ONE’s stacked lightweight division.

Meena is 8-5, and prepares at Crosstrain Fight Club. He is known for his pinpoint striking, knockout power, and submission prowess. After all, the Indian national is a former Super Fight League Lightweight Champion, five-time national wushu champion, two-time national kickboxing champion, and regional boxing champion. 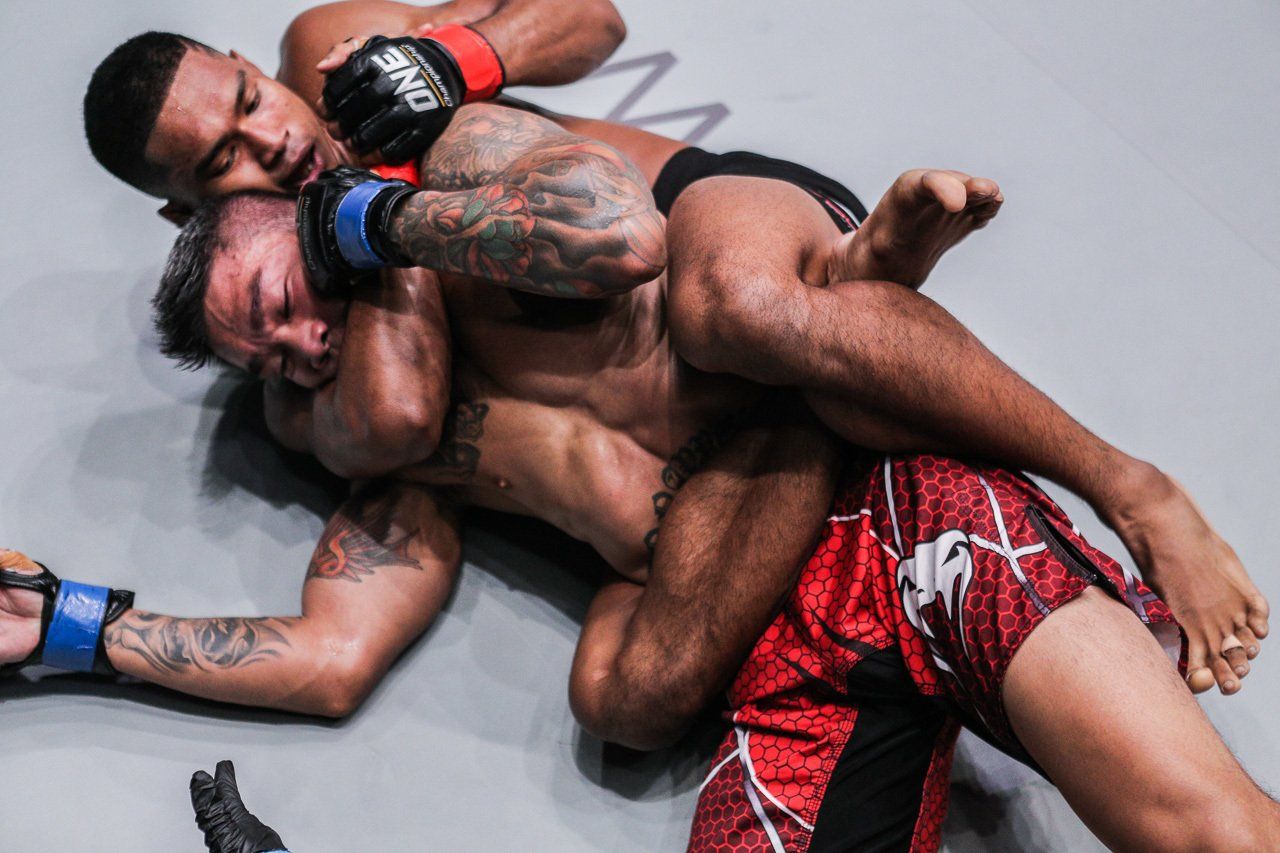 Khan, however, is undeterred by his opponent’s sparkling credentials.

Although Khan rightfully considers every opponent as dangerous, the Singaporean is confident that he is superior in every area of the game, and intends on finishing this bout, just like he has with his previous encounters. In fact, he does not anticipate this match going to the third round.

“I visualize various things in this fight,” he begins. “There are a couple of scenarios I play in my head. I can knock him out, or if he tries to shoot and take me down, I feel like I will be able to submit him.