Following a pair of tough defeats in 2021, Amir Aliakbari engineered a remarkable comeback story in 2022 – but he’s adamant it won’t end there.

The Iranian superstar returned with a new fire when he defeated former ONE Heavyweight World Title challenger Mauro Cerilli with a second-round TKO in August, before stopping former divisional king Brandon Vera inside a round at ONE 164 earlier this month.

The TKO victory over Vera was particularly sweet, as the Filipino-American had been a dominant force in ONE’s heavyweight ranks over the years.

Aliakbari did his homework before squaring off with “The Truth” in Manila, and that preparation paid off with his biggest win yet.

“I have a lot of respect for Vera. He has a very good past in MMA. But I had done a moment-by-moment analysis of his fights, and I used my strength to finish him.

“I have no respect for my opponents before a fight, but after the fight, I love them all because we create history together in our lives.”

Aliakbari has now compiled consecutive finishes against two of the heavyweight division’s top dogs, and he even sent Vera into retirement with his first-round mauling.

Now, the former Greco-Roman Wrestling World Champion believes he is finally showing his capabilities in MMA, and he wants to continue his rise in devastating fashion.

“This year, ONE showcased some good heavyweights and all of them are good fighters, but I have shown that my level is much higher than everyone else’s.

“I have gathered myself and I am going forward with all my strength to destroy and knock out my opponents.”

Now armed with more confidence than ever, Amir Aliakbari feels like 2023 is his chance to go for gold in ONE Championship.

The 35-year-old is ready for any test in the heavyweight division, although there’s one knockout defeat that he would love to avenge.

“I don’t care who I fight next. I will fight anyone. But I would like it if ONE gives me the chance to have a rematch with Kang Ji Won.

“I direct my words to all the heavyweights: Whoever wants to fight me, just tell me when and where.”

The organization recently inked a broadcast deal with beIN SPORTS – allowing it to reach more fans in the region – and the Iranian’s massive popularity could help spearhead that push in the coming years. 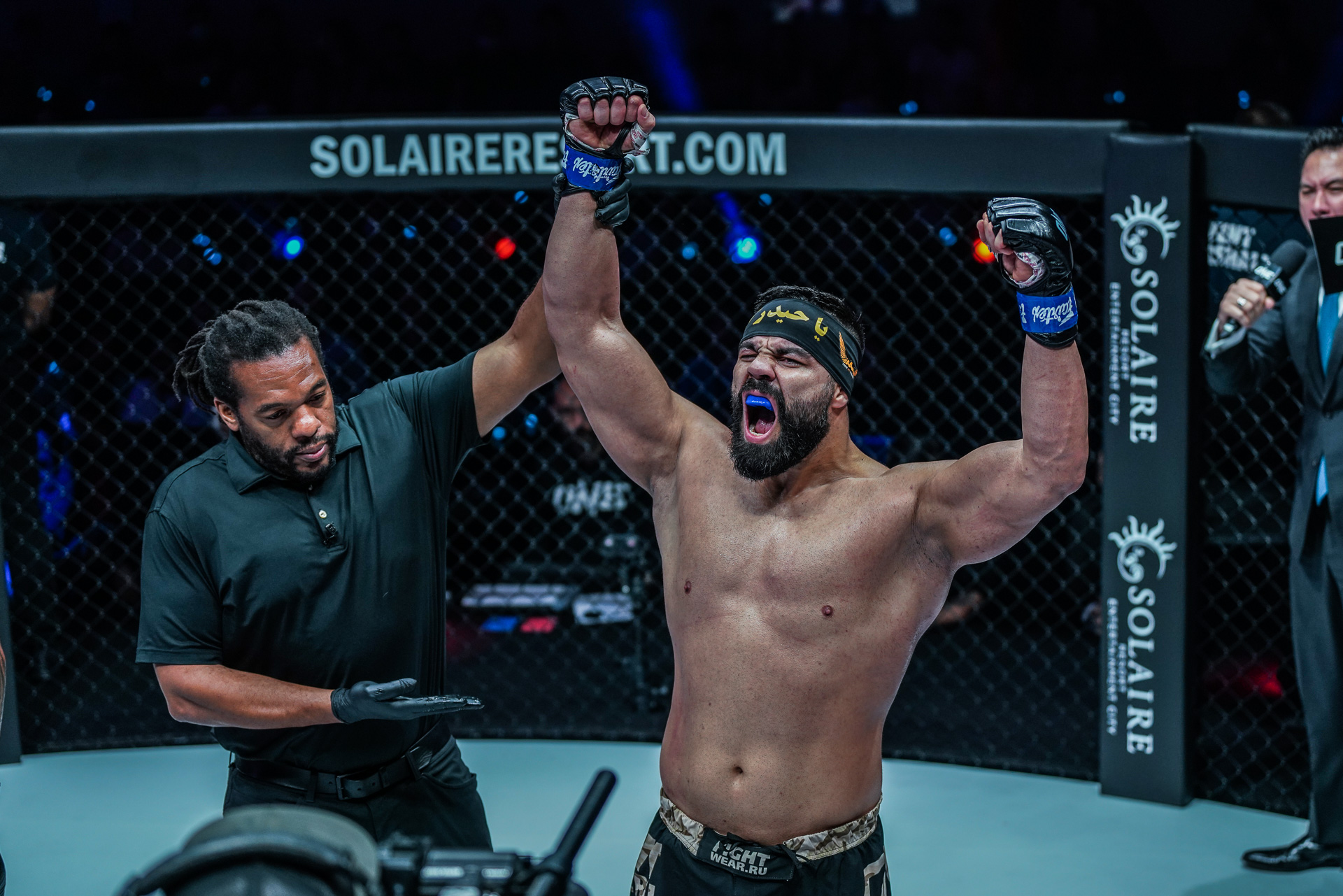