After dropping a unanimous decision to the newly-appointed number one lightweight contender Eduard “Landslide” Folayang three months ago, Adrian “The Hunter” Pang is back on the road to redemption, and looks to return to winning ways.

The Australian lightweight, by way of Papua New Guinea, will step into the cage on Friday Night, 11 November, when he takes on Roger “El Matador” Huerta at ONE: DEFENDING HONOR, which broadcasts live from the Singapore Indoor Stadium.

Pang, a Brazilian jiu-jitsu black belt who has been splitting his time training with Phuket Top Team in Thailand and his own Integrated MMA gym in Brisbane, respects his opponent’s talent and non-stop frantic pace. Still, he is only concerned about his own strategy and skill set.

“Roger is a great martial artist and definitely well-rounded,” the 39-year-old admits. “I do not like to look at much tape of my opponents and choose to focus on what I bring to the table. The game is MMA and it is MMA that we shall do.”

A former collegiate wrestler armed with a dynamic kickboxing game that he has further developed at Tiger Muay Thai in Phuket, Huerta is one of the most energetic mixed martial artists to have ever compete in the sport.

Unfortunately, he has fallen on hard times in recent years. “El Matador,” a former poster boy of North America’s MMA scene and an ex-Sports Illustratedcover atlete, has lost eight of his last ten fights and is currently on a two-fight skid.

But to be fair, all of the 33-year-old’s opponents have been top-notch mixed martial artists.

“He is a very exciting fighter and, despite what people say, he has only lost to high level competition,” Pang acknowledges. “Most people avoid it, whereas he seems to embrace it. Full respect to him and what he has done for the sport.” 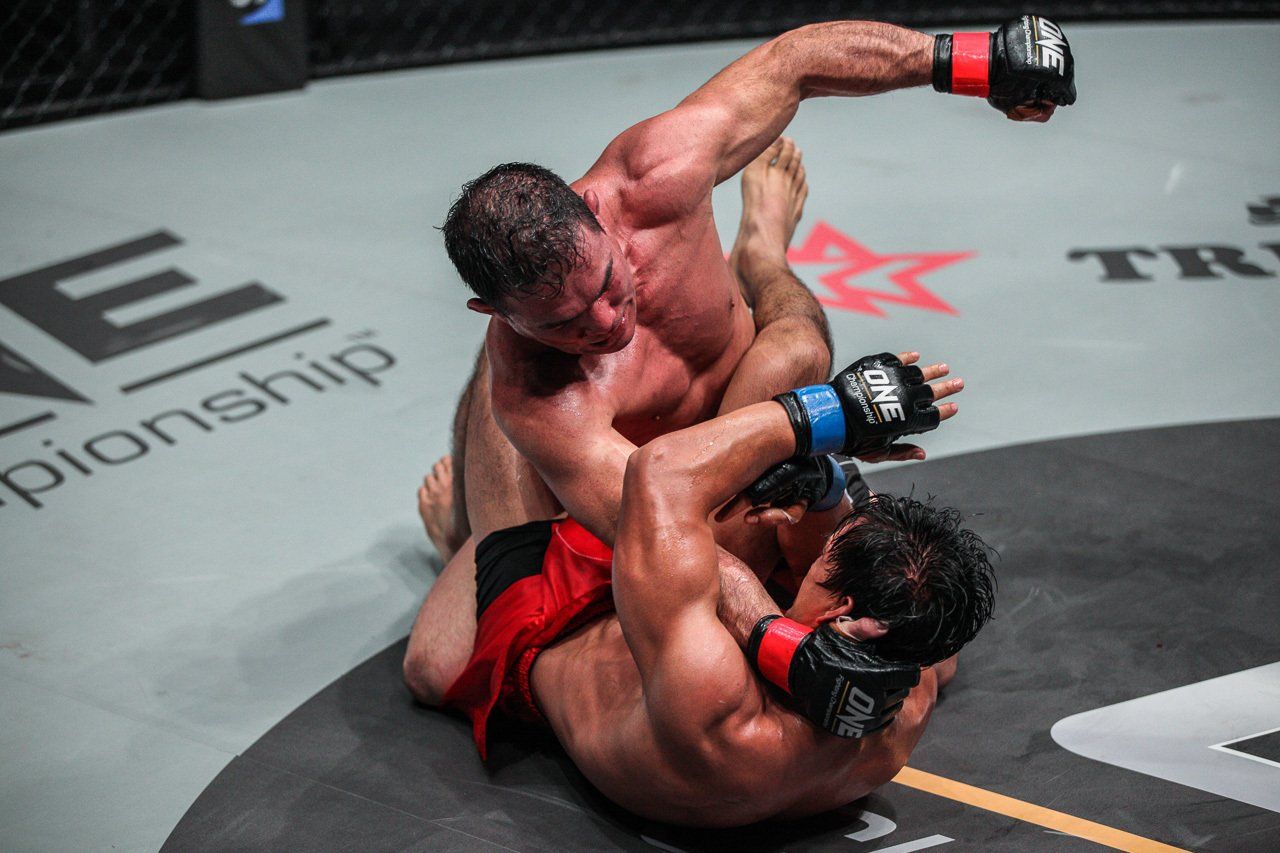 However, “The Hunter” has been facing high level competition, too. Pang rode a three-fight win streak into his battle with Eduard “The Landslide” Folayang at ONE: HEROES OF THE WORLD this past August.

Folayang looked impressive in the early going as he hip tossed the Brisbane resident, worked heavy ground strikes and even dropped him to the mat with a devastating spinning back fist. But Pang, proving he has an iron chin, got right back up and shook it off like a champion.

The second round followed a similar path and, though a right cross dropped him early into the third stanza, “The Hunter” was able to sweep the Filipino lightweight and utilize his ground game.

It was too late, however. Once the bell rang, all three judges scored the contest in Folayang’s favor.

“My last fight with Eduard obviously did not go as planned. I had a less than favorable fight camp and my mobility suffered as a consequence. Eduard is a tough decision fighter and he rose to the occasion, so full credit to him and his team for the victory,” the Aussie says.

“I was disappointed to not get the win over Folayang, and it really hit home more so when I collected my purse,” he adds with a chuckle. “What I took away from the fight was to not be a stationary target and impose my will earlier in the fight, of which you saw in round three.”

As a result, Folayang became the number one contender and was awarded a title shot at Shinya Aoki’s ONE Lightweight World Championship at ONE: DEFENDING HONOR. Had Pang won, he could very well have been headlining this card. 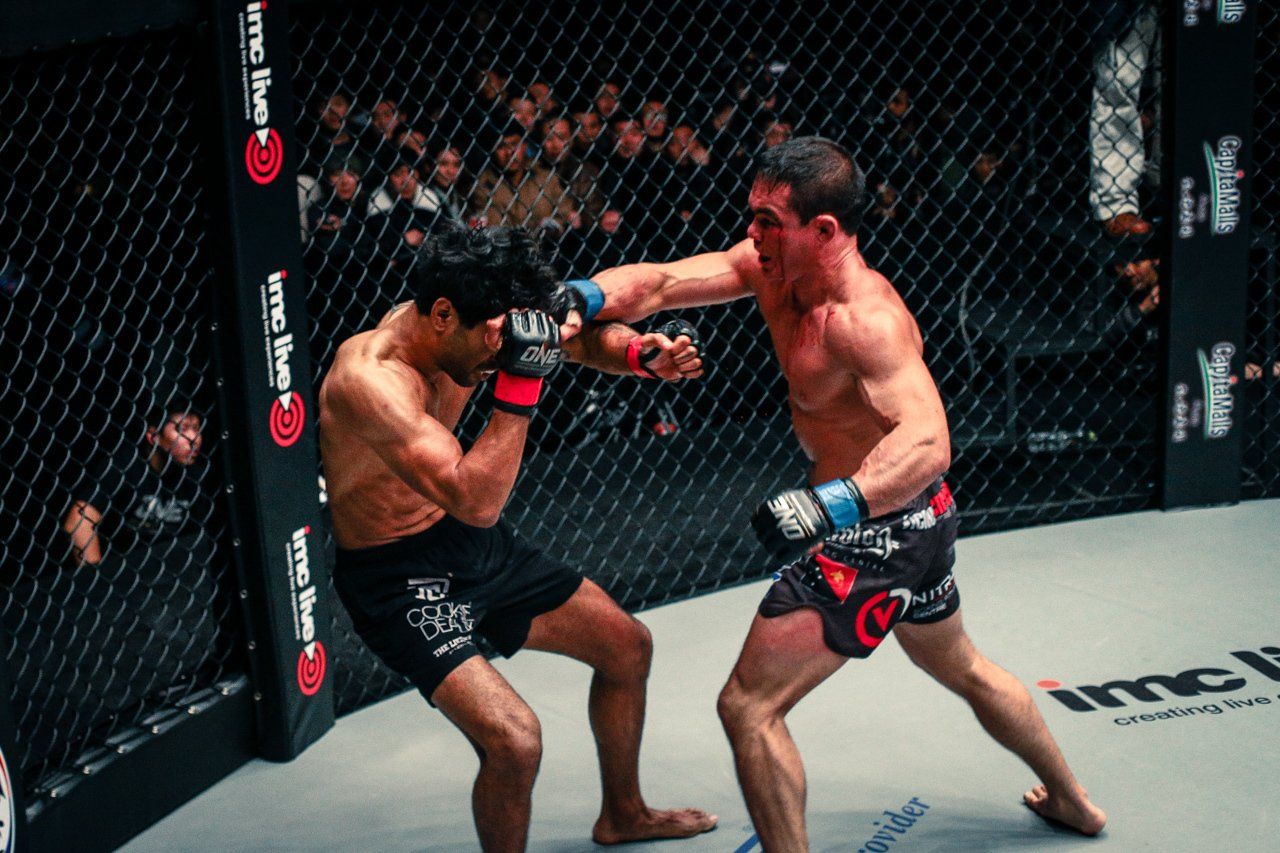 Nonetheless, he does not hold any bitter feelings.

“The fight game is a win-lose game, so it does not bother me at all that he gets the title shot,” the Aussie admits. “I truly hope he does well in his upcoming fight against the champion Aoki. Should Eduard win, it will truly be a fairytale story for him and I wish him all the best.”

Pang, on the other hand, goes back to square one and has to build himself back up. Although the former Cage FC and Legend FC Asia Pacific Lightweight Champ has done that before, his biggest rebuild happened just a few years ago.

In May 2012, the top-ranked Aussie lightweight was senselessly attacked by a few bouncers and a former football player at SinCity Nightclub in the Gold Coast suburb of Surfers Paradise. They damaged Pang’s face so badly, he needed a few rounds of facial reconstruction surgery to fix both his eyes and his cheeks.

Not only was his MMA career in serious jeopardy, but more importantly, his vision.

“The most difficult thing I have overcome in my career is when I was cowardly gang-assaulted in a nightclub whilst security held me. All the assailants are known to [the] police and one of the security guards even fled the country,” Pang recalls.

“My face was smashed to pieces and one side had dropped into my throat. I was told by doctors and surgeons that I would never fight again, and coming back from that truly was tough, mentally and physically.” 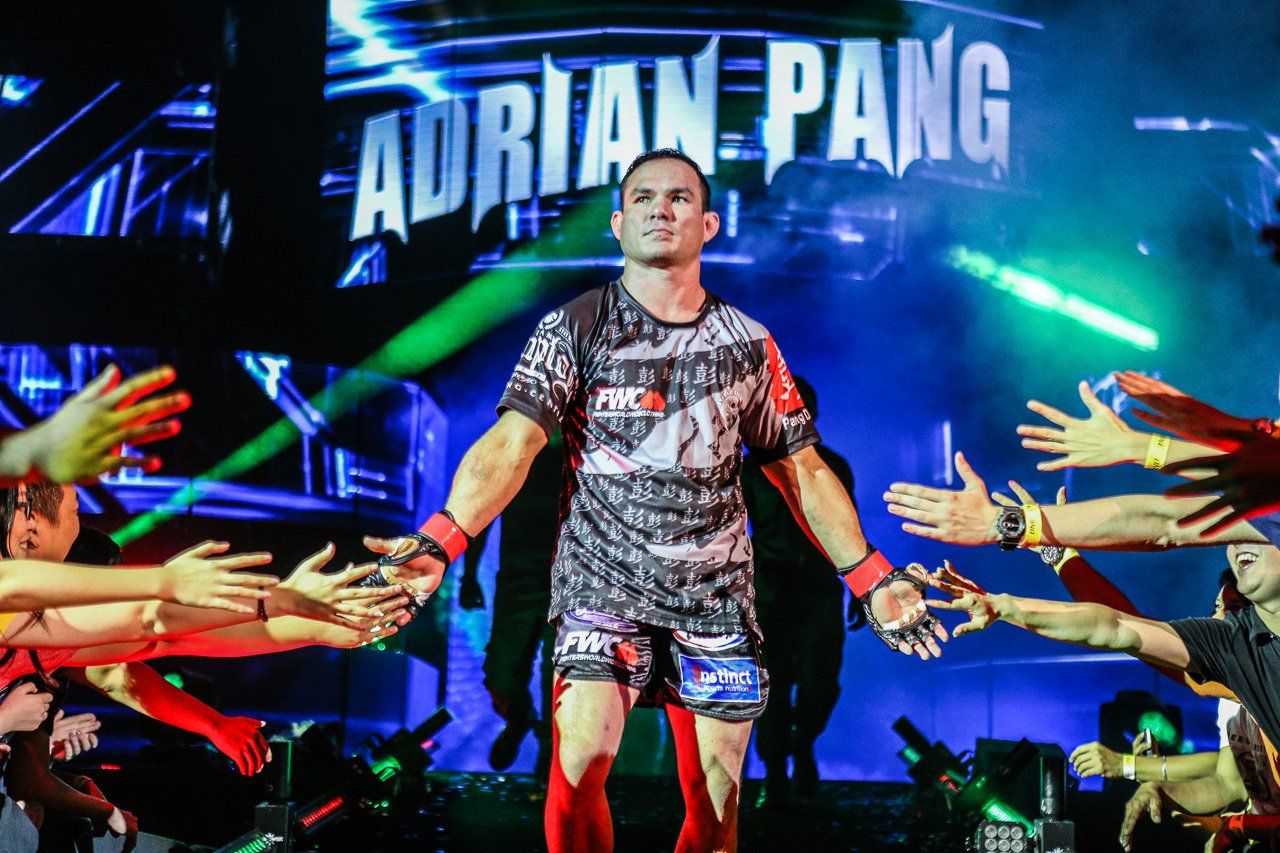 Weeks into his recovery, he slowly regained his eyesight. Several months in, he was able to leave the hospital bed and train again. By June 2013, he returned to the cage against fellow countryman Jai Bradney and had a lot to prove.

“At the time, I was the number-one ranked lightweight from Australia and I was dropped from the rankings after no activity for 18 months,” Pang begins. “Then I was written off by some websites when I made my comeback against the current highly-ranked lightweight in the country.

“The first round KO I inflicted him with put me back at number one, where I belong.”

Now, he starts a new road to the top, and it begins with Huerta this Friday.