“Unstoppable” Angela Lee feels deeply connected to Singapore. In fact, she feels more connected to the Southeast Asian country than she ever has before.

The 20-year-old Hawaiian regularly visits the Lion City to train at Evolve MMA, feast at the nation’s famous hawker centres, and most importantly, spend time with the Singaporean side of her family.

Lee’s father, Ken, was born in Singapore. During school breaks, he typically brought his wife Jewelz, his son Christian, and Lee herself back to his birth nation to bond with the family, and get better acquainted with their roots. That was the reigning champion’s earliest tastes of the country.

“I remember coming her as a kid, vacationing with my family,” she begins. “I always remembered it was hot and sticky, but there was good food, and I got to spend time with my relatives.”

Those visits were not a frequent occurrence, however. It was only two years ago when they became more regular, and in a major way.

In May 2015, Lee and her family traveled to Singapore for her professional mixed martial arts debut, where she submitted Egyptian Top Team’s Aya Saber at ONE: WARRIOR’S QUEST. At that time, she was only representing the family gym, United MMA.

Later that August, she and Christian were given a tryout to potentially join Singapore’s famed Evolve Fight Team. The pair of lifelong martial artists flew back to the Lion City for an extensive tryout. They impressed the coaches and many world champions there, and were subsequently offered places on the team.

“Christian and I did great,” Lee says. “We got along with everyone there, and really clicked with the team. Everyone there is so genuine and so nice. After that, it was really great because now we have a place to train whenever we are in Singapore and Asia. We have two gyms, so we have double the benefits.”

Now one of the most recognisable faces at Evolve MMA, Lee constantly travels to Singapore to get elite training from the gym’s world-class trainers. Fortunately, that also means more time to find out what it means to be Singaporean.

Also, Lee has become one with the local culture. When she is not training at Evolve MMA or spending time with her relatives, the current ONE Women’s Atomweight World Champion can usually be found in East Coast Park.

The “Unstoppable” heroine also loves to immerse herself in the flowery nature of Gardens By The Bay, eat at hawker centres all over town, and check out the night life around Marina Bay and Clarke Quay.

Most of all, she loves to take in the country’s beauty, and that is almost everywhere.

“It is just so grand,” she says. “It is like a postcard. It is beautiful, beautiful scenery.” 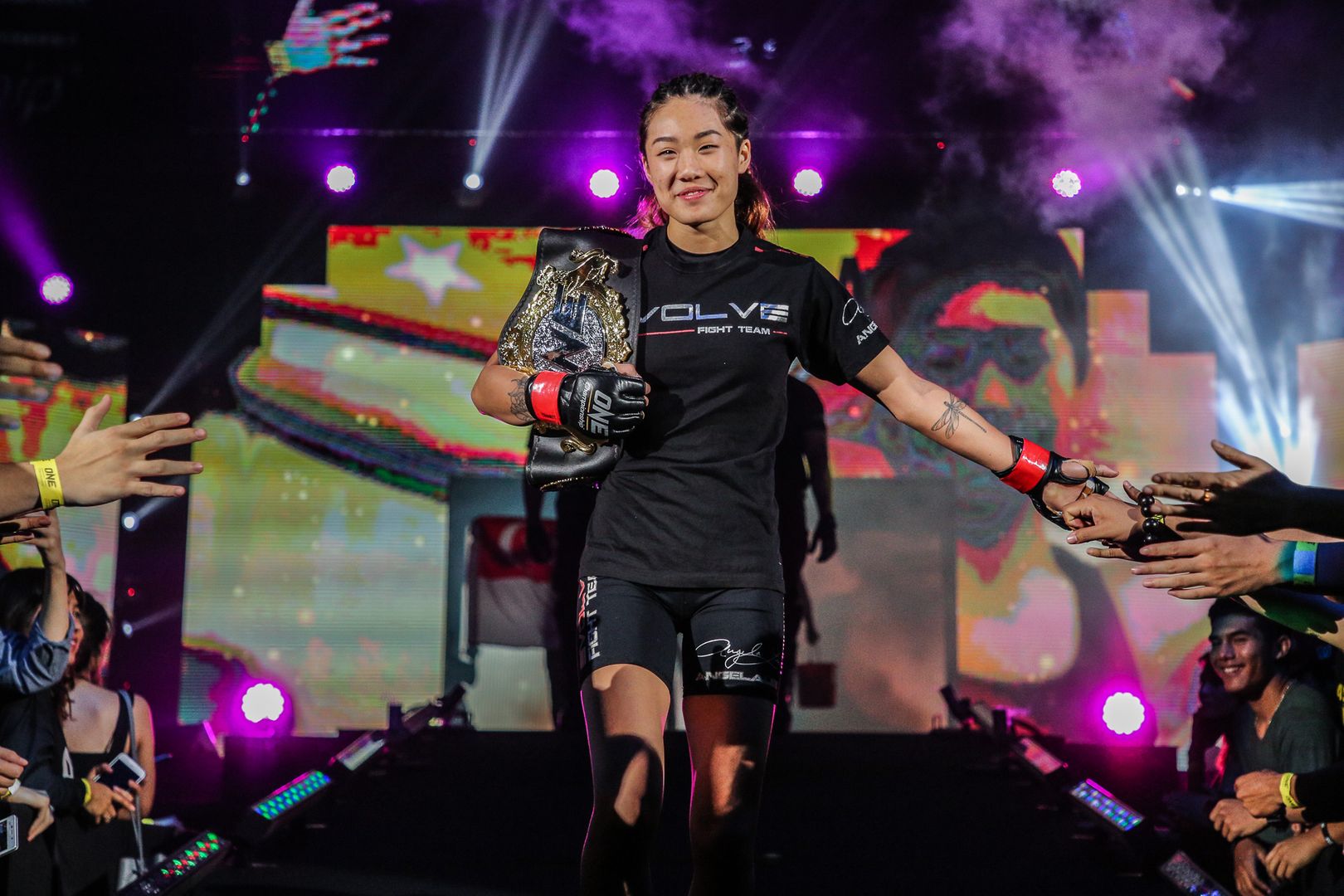 The place she visited as a kid has now become an adopted residence. She has gotten accustomed to the long 18-hour plane trips, she is continuing to live her martial arts dreams, and the amount of family support she receives is constantly multiplying.

“Life is a crazy ride. I am used to traveling everywhere, and that is what I love to do, but I am so happy I have the opportunity to travel back and forth to Singapore so often,” she says. “Every time I come to Singapore, I feel like I am more in touch with my culture and my roots.”

The champ also represents the country every single time she steps inside the cage. Lee will look to make the nation proud once again when she defends the ONE Women’s Atomweight World Championship against Brazil’s Istela Nunes.

The bout takes place in the main event of ONE: DYNASTY OF HEROES, live from the Singapore Indoor Stadium on Friday, 26 May.

Now, with the support of Singapore on her back, Lee may very well be “Unstoppable.”