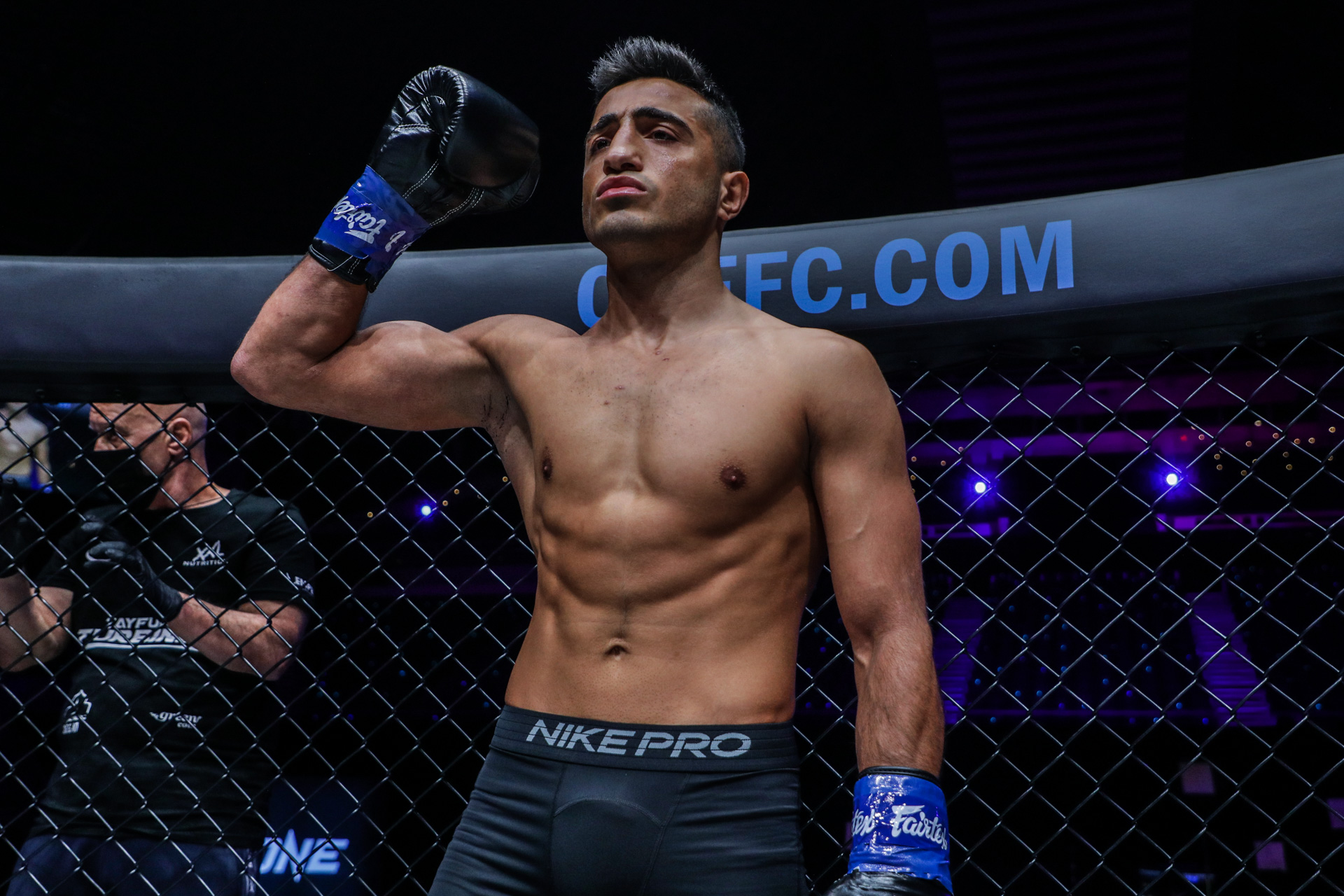 Tayfun Ozcan refuses to let his traumatic childhood define him.

Instead, ONE’s #5-ranked featherweight kickboxer is using his troubled upbringing as inspiration – not only to become a World Champion, but also to be the type of father he never had.

Ahead of his upcoming fight against #2-ranked contender Marat Grigorian at ONE on Prime Video 2 on September 30, Ozcan opened up about his struggles growing up under an abusive dad.

“My situation was very different because there were several children in my house, and my father was an alcoholic. We didn’t have money. I didn’t have any pictures of me as a baby, ever. The first picture of me is when I was 4 years old.

The only thing we had at home was fighting and drugs. There was only negativity at home, and we got beaten all the time.”

When Ozcan’s father wasn’t mistreating his children, he was otherwise completely absent. That left “Turbine” and his siblings to fend for themselves through the trials and tribulations of poverty.

Now an adult himself, the 31-year-old is able to recognize just how bad his home life was.

Early on, Ozcan loved to play soccer, but due to his family’s difficult circumstances, he was unable to pay club fees.

Looking for another outlet, the young athlete tried kickboxing but soon ran into the same problem.

Fortunately, his coach was aware of the predicament and offered to train him for free – a gesture that ultimately changed “Turbine’s” life forever.

“The trainer came to me and said he saw I was very talented. He said to me, ‘Tayfun, I know your father, I know your situation.’ The Turkish people all know each other, so he already knew about me. He said to me, ‘You don’t have to pay the debts. Train the best you can, and I will train you.’

That was my saving. Because if he said I had to pay, I wouldn’t be able to train kickboxing anymore.”

Breaking The Cycle Of Abuse

Rather than stew in bitter anger toward his dad, Ozcan is using the lessons of his painful childhood to be a better parent himself.

“Without having a father next to you, I think you miss out on a lot. All of those things I missed out on, I am giving to my son now. And I feel like this is healing me. I feel the pain and the scars my father left me. But when I give to my son, I feel like I am healing. It is making me better.

You could give me everything you want. You can give me a car, you can give me clothing. But the only thing I wanted next to me was a father. I never had that, so that’s why I want to give that to my son.”

Now happily married and a proud father, Ozcan finally has the wholesome, love-filled life he dreamed about.

It’s a life that’s largely been afforded to him through his ample success in the sport of kickboxing. ‘

And in a twist of irony, “Turbine’s” troubles at home motivated him to train even harder, ultimately leading to the stability he lacked as a child.

“Every time I went to the gym, I asked God, please give me a family for myself. I want a car, so I can drive to training. I don’t want to have stress anymore.”