The Senegalese wrestling star is still fairly new to the all-encompassing sport, but there’s already a legion of fans who cannot wait for his return to the Circle.

That return will come on Wednesday, 7 April, when the 29-year-old opens “ONE on TNT I” against Iranian wrestling sensation Mehdi Barghi.

It’s the biggest show of the year for ONE Championship, and it would have been hard to imagine Kane with this kind of spotlight on him back in his humble beginnings.

Before he enters the Circle in U.S. prime time, this is the story of how “Reug Reug” emerged from a quiet life in Africa to capture the world’s imagination. 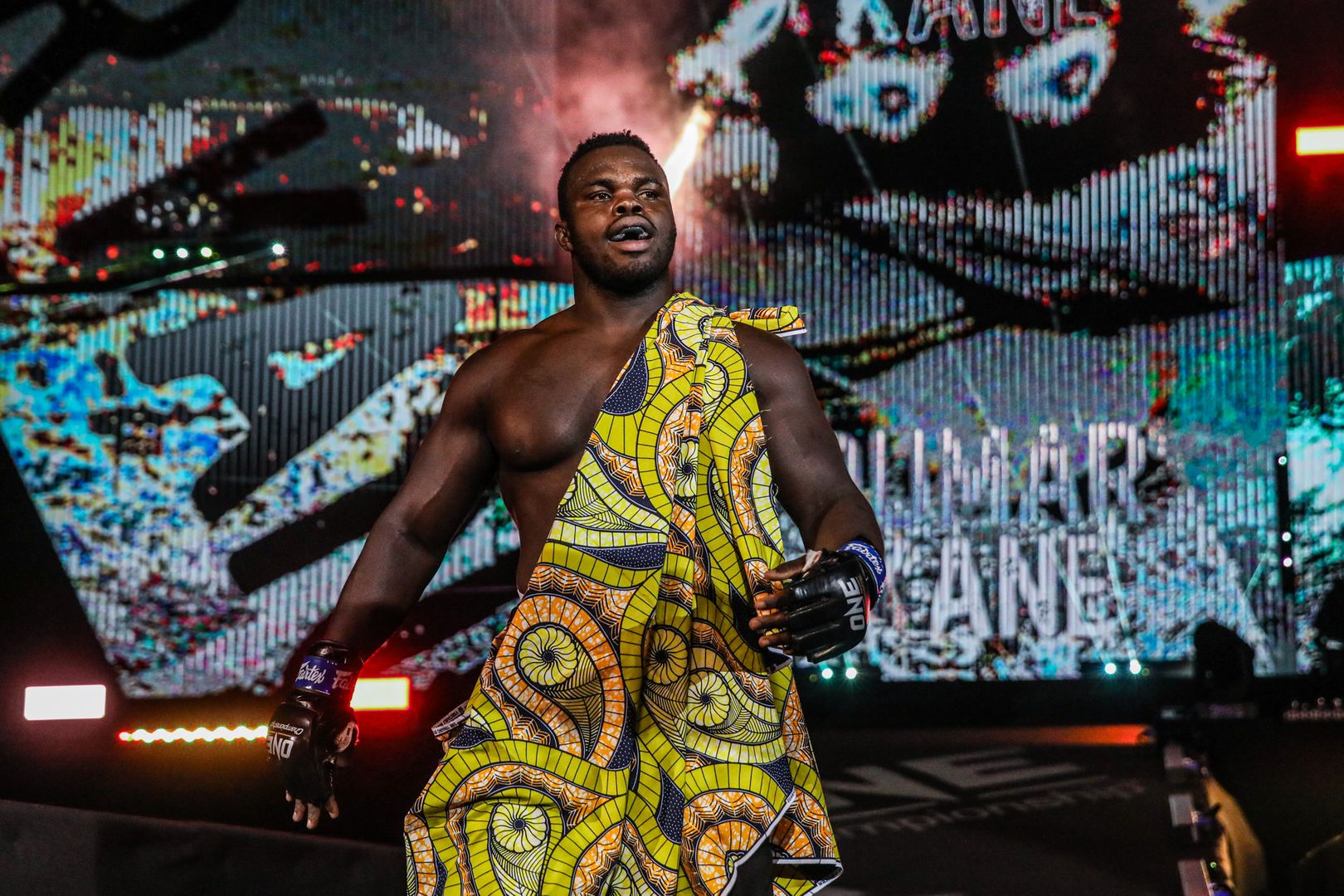 Kane was brought up as one of six siblings in Thiaroye sur Mer, a small town on the outskirts of the capital city of Dakar.

He comes from a family of fishermen, who sometimes found it tough to make ends meet. The fish stocks in the ocean nearby have depleted over the years, and boats are now forced to sail miles out to sea so they can catch enough produce to survive.

The Kane family lived a simple life, but the struggles young Oumar went through helped turn him into the warrior he is today.

“Life was hard, but I always did my best to overcome problems,” he says.

“It wasn’t always easy, but that has got me to this position now.”

Not everyone was like him. Rather than scraping together a living, many locals risk their lives by trying to migrate to Europe in search of better opportunities. Many do not survive the trip.

But that was not part of “Reug Reug’s” plans. He found a way to survive – and thrive – in one of his country’s national sports.

When he was 16, Kane started to practice traditional “mbapatte” wrestling techniques, which originated hundreds of years ago among the Seereer people.

Back then, their training was for war, but now, it’s used for “lutte avec frappe” – a form of wrestling that takes place in a sandy arena and allows strikes.

Though it’s unknown to many mixed martial arts fans, it’s a box-office draw in the West African nation.

Kane showed real talent in the discipline, and after a few months of training and encouragement from his family, he left home and traveled to a Seereer village.

For the next few years, he immersed himself in the sport and learned how to make the most of his potential.

“My parents always support me. They believe I can do anything I put my effort into,” he says.

“The Seereer community is well known within the wrestling world. That’s why I left my home to go and train there.”

Hundreds of fights and almost as many wins later, Kane was ready for the big stage.

Kane returned to the Senegalese capital when he was 20 – and quickly became a star.

In Dakar’s Stade Demba Diop, a stadium where all the great lutte avec frappe athletes collide, he built a perfect record against some of his country’s top competitors.

“I fought 16 fights in the main arena and won all of them,” the heavyweight says.

“I would like to go back one day as a champion and once again become the king of the arena.”

Ultimately, the only thing that stopped Kane from continuing to dominate in his homeland was the lure of mixed martial arts.

It was a chance to become known around the world and provide for his family, and “Reug Reug” had no hesitation about making the switch.

“I have always fought. I was a champion wrestler, so mixed martial arts was a natural progression,” he says.

He certainly looked like a natural when he pulled on the 4-ounce gloves for the first time in 2019 and showed near-superhuman strength to win by second-round TKO.

The performance captured the imagination of martial arts fans around the world – including ONE’s matchmakers.

Eyes On The Prize

Kane was delighted to get the chance to compete on the global stage, and though he is still young in his career, he is confident that he can make an indelible mark on his new sport.

“It’s a great honor. I want to become the most famous African champion ever,” he says.

“I believe ONE can make me into a global superstar. I had many offers to sign for many organizations, but ONE seems to be a hub of activity.

“From my first fight, I gained over 20,000 followers on Instagram alone. I think when I become champion, it will be a global event.”

For now, the 29-year-old’s debut performance in the Circle showed a glimpse of what he is capable of.

He finished Alain “The Panther” Ngalani via strikes in the first round at ONE: UNBREAKABLE II in January despite coming into the contest at less than full strength.

“It was very emotional. I was injured going into the fight, so I couldn’t use some of my strongest skills, but I didn’t want to let my fans down,” Kane says.

“I was basically fighting with one arm, but I am fully fit now, and you will see a much cleaner win this time.”

His upcoming opponent, Barghi, is a heavy-handed wrestler, but “Reug Reug” is certain the Iranian will be just a stepping stone on his way up the heavyweight ladder.

That confidence stems from his hard work at the gym, and the belief that he will continue learning his trade and achieving his dreams.

“I have been training with some brilliant fighters who have shown me what it takes to get to the top,” Kane adds.

“I train harder than any of my opponents ever will, and until I become champion, nothing will change.

“Look at the great heavyweight champions like Brock Lesnar – they came from a wrestling background and were champions within 10 pro fights. I believe I can do the same.”

Read more: 5 Things To Know About ‘ONE on TNT I’ Heavyweight Mehdi Barghi