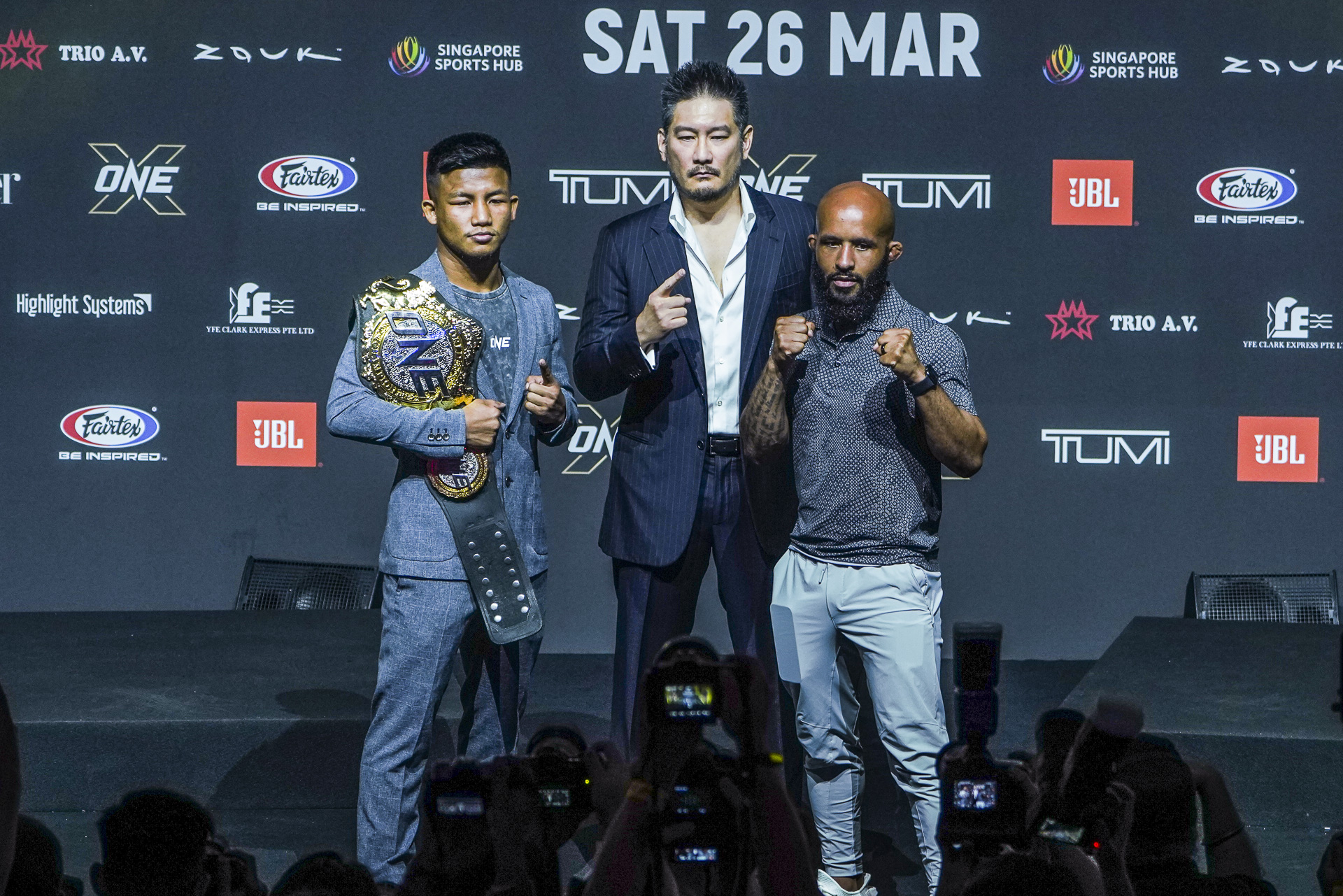 In less than 24 hours, two of the best athletes in the combat sports universe will finally throw down in one of the most innovative matchups ever created.

The rule set for this battle is quite simple to follow. There will be four three-minute rounds, which alternate between Muay Thai (Rounds 1 and 3) and MMA (Rounds 2 and 4). If someone isn’t finished, the matchup will be declared a draw.

But many people, including the superstars of ONE Championship, don’t expect this contest to go the distance. Here, they predict the ONE X: Grand Finale co-main event between “The Iron Man” and “Mighty Mouse.”

“The perfect term for this one is shark versus crocodile. For me, I am still rooting for Demetrious Johnson, that’s for sure. I think that [Rodtang] will be submitted by DJ in the second round. But we also do not know how the first round goes, with the Muay Thai rules.

“This is how I predict it: Round two for Demetrious Johnson. However, if he is careless, then Rodtang will win via KO.”

“If DJ gets out of the first round, which I predict he will because Rodtang starts off pretty slow, then I would say in the second round, I would say there’s a 90 percent chance he takes over and wins from there.”

“God knows what’s gonna happen there, but you know what? It’s the first time I’ve ever seen anyone who’s actually smaller than Rodtang at the Official Faceoff. I couldn’t believe it.

“Rodtang’s usually the shorter guy and DJ looked noticeably smaller than him, so maybe Rodtang might blast him in the first round. But if it goes into round two, he’s probably going to get subbed, isn’t he? So, I’m not sure.”

“I’m seeing DJ. I’ve always wanted to be like DJ, and I have a little DJ likeness to me, I would say that.

“How I would fight Rodtang if I were DJ is, I would keep my distance and fight him like an MMA fighter compared to a Muay Thai fighter. And, you know, last through that first round or maybe spark him in the first round because they’re little gloves, you know? But in the second round, I see a DJ sub.”

“DJ’s striking is very underrated, and I see him actually being able to stand and fight with Rodtang. But troubling the Thai fighter in the striking area is going to be tough – very tough for DJ. He’s quick and has lots of experience fighting against top fighters, but Rodtang might be able to slow down DJ with his kicks, which will leave DJ as an easier target.

“I don’t think Rodtang’s ground knowledge will get him ready for the MMA round, but I see him being able to perhaps try and defend some of DJ’s takedowns, and maybe he will continue with a similar style in the Muay Thai round – which is to attack, attack, attack. His punches are going to hurt DJ, and I’m interested to see how he can handle Rodtang’s striking.”