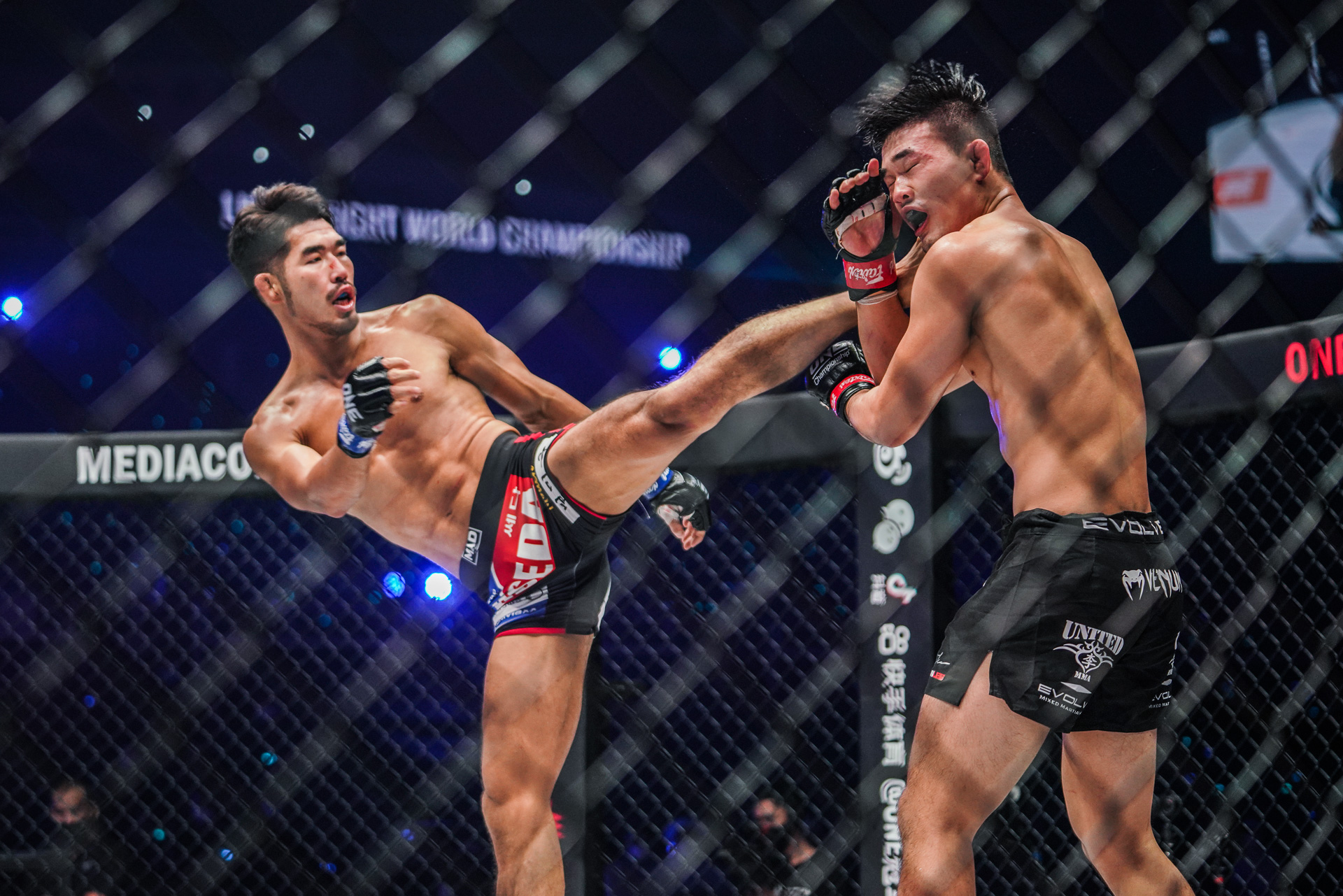 Ok Rae Yoon wants to prove that the judges got it right in his first ONE Lightweight World Title fight against Christian Lee, but the division’s former king is eager to settle the score and take back the throne.

This Friday, August 26, Ok and Lee will headline ONE 160 with a highly anticipated rematch for the division’s coveted belt.

Their second meeting comes 11 months after Ok completed a shocking run through the division and dethroned “The Warrior” with a razor-thin unanimous decision – a result that Lee has strongly protested to this day.

Now, both men are looking to put their stamp on the rivalry and clearly establish themselves as the undisputed lightweight MMA king.

With fight night just days away, we break down the biggest keys to victory in the main event of ONE 160.

Over the course of his 19-fight MMA career, Lee has shown that he’s very dangerous in all areas. Whether he’s trading strikes on the feet or hunting for a submission on the mat, the Singaporean-American is a true all-around stud.

Now, the 24-year-old will need to utilize that diversity if he wants to reclaim the World Title from the South Korean.

In their first matchup, “The Warrior” found success when he blended his striking into takedowns. However, he struggled when focusing all of his energy on securing the takedown, as Ok showcased superb defense.

If Lee wants to bring this fight to the mat – where he seems to have an advantage – he’ll need to use the threat of his striking to get there.

Simply put, a well-rounded attack is Lee’s best weapon, and he should utilize every tool in his kit to get the job done.

It’s no secret that Ok’s best skill is his pinpoint-accurate striking, and he’ll look to dominate the stand-up exchanges against Lee.

The reigning king loves to use his 6-foot frame to land sniper-like punches from distance, often leaving his opponents frozen or hesitant to move forward.

And once those foes come inside Ok’s long punching range, he has knees and short hooks ready to counter on a hair trigger.

He was able to find Lee’s chin a number of times throughout their first bout, and he’ll look to do exactly that in the rematch.

Any time the fight is standing and at a longer range, the South Korean will be most comfortable.

“The Warrior” has earned a knockout or submission in all but one of his 15 career victories, which makes him one of the best finishers in all of MMA.

Ok, on the other hand, has a penchant for winning close decisions.

So while it might seem obvious, Lee must rely on his preternatural ability to stop fights early and remove the judges from the equation. Because Ok excels in long contests, the challenger should pounce on any and all opportunities, knowing that they will be few and far between.

In a practical sense, this doesn’t mean that Lee should forget any notion of pacing, but he should go into this bout with a stoppage on his mind.

With 11 first-round finishes, it’s clear that he doesn’t need a feeling-out process, and he’d be well-served to get after Ok early and often.

Of course, the reigning king also has enough power and skill to earn a finish himself, but if this showdown goes the distance, he may hold an advantage – whereas “The Warrior” has a better chance to end matters prematurely.

Ok’s Control Of Distance And Pace

When he’s at his best, the South Korean sensation is a master at lulling his opponents into exactly the type of fight he prefers.

One of Ok’s best tactics is to back himself into the Circle Wall, almost inviting his rival to lunge forward with an attack. If they hesitate, he’ll fire off long, piston-like punches. But if his foe recklessly moves forward, he has counterstrikes waiting.

The 31-year-old implemented this approach in his World Title win last year, landing punches and knees as Lee tried to close the distance. In turn, “The Warrior” became more desperate with his attempts, exposing himself further to Ok’s intercepting counters.

By controlling the distance, Ok is able to control the pace. And whereas Lee can be a bit of a berserker, the reigning lightweight king prefers a slower battle – and he utilizes his long-range weapons to create that type of situation.

Just as he did in their first encounter, the South Korean will try to work from the outside and then capitalize on openings whenever Lee crashes toward him.