ONE Championship boasts a roster that includes dozens of World Champions from all over the globe. One of its latest is Japan’s Hiroki Akimoto.

The Japanese athlete joined the world’s largest martial arts organization recently to take the next step in what is already an incredible career.

After he began his martial arts journey as a child, the 26-year old has gone on to be a multi-time champion in Kyokushin karate. From there, he transitioned into the world of kickboxing.

Akimoto currently holds a perfect 19-0 record, and he is now training full-time out of Evolve in Singapore to prepare for his campaign in The Home Of Martial Arts.

Ahead of his highly anticipated debut against Australia’s Josh “Timebomb” Tonna at ONE: HERO’S ASCENT this Friday, 25 January find out how this karate kid became one of his nation’s finest martial artists. 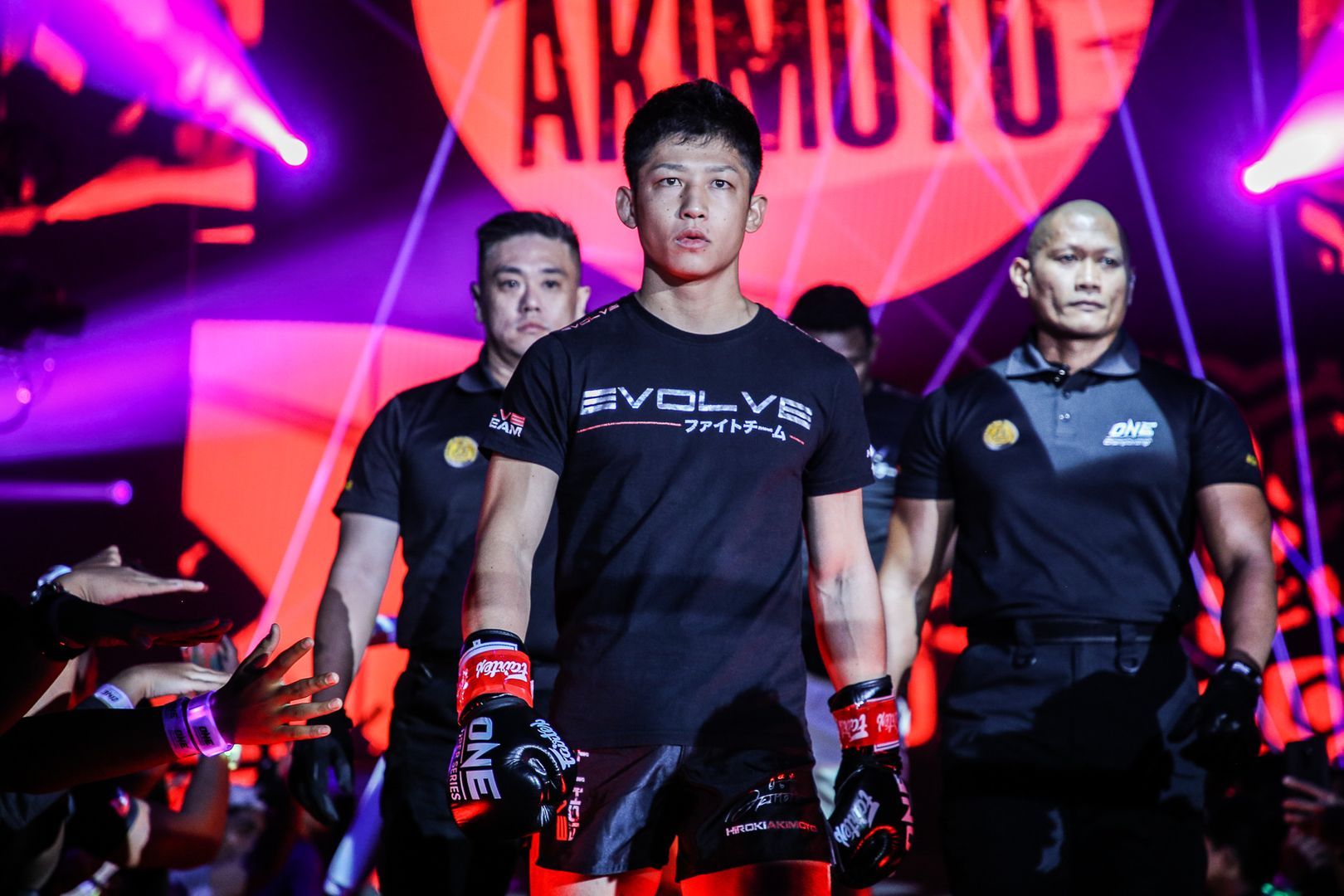 Growing up in Japan, Akimoto says his childhood was mostly filled with academic pursuits until an incident at school pushed him in the direction of martial arts.

“My childhood was like any other – I focused on studying until I was exposed to karate when I was 8,” he explains.

“I was beaten up by a classmate at school, so I then decided I needed to learn karate to protect myself, and there was a dojo near where I live.”

Interestingly, though the young Akimoto was the first to pursue the martial art, it piqued the interest of the rest of the family. His father took up training a year later, then his mother and sister followed two years after, and the sport became a common interest in their household.

"It takes a hundred times to remember the moves, a thousand times to make them beautiful, and ten thousand times to grasp their essence." – Anonymous A lifetime of consistent and purposeful practice has helped Kyokushin Karate World Champion and Undefeated Kickboxer Hiroki Akimoto @hiro_a_16 from the EVOLVE Fight Team make it to the top of his sport. Hard work and discipline are the secrets to his success. #evolvemma #evolvefightteam #muaythai #kickboxing #martialarts #mma #athlete #training #technique #fitness #fitspo #sport #japan #singapore #onechampionship

It did not take long before Akimoto fell in love with the discipline.

Karate has deep roots in his native Japan, but his connection went beyond that. The process of training and development – both mental and physical – enamored him.

“I fell in love with martial arts as soon as I started,” Akimoto reveals.

“Karate not only helps you physically, making you strong, but it also helps you develop your values and etiquette.”

Once he started training, Akimoto never left the sport, and only continued to branch out further as his passion for martial arts flourished.

He began competing in Kyokushin tournaments – a full-contact variety of karate – before he transitioned into other disciplines like Muay Thai and kickboxing.

He has followed in the footsteps of other famed Kyokushin athletes like Semmy Schilt and Jerome Le Banner, who adapted their style to achieve huge success in the ring. So far, Akimoto has represented his discipline well with his undefeated kickboxing record.

Forged in the Fire

For all the accolades that Akimoto has racked up during his career, he has also had to work awfully hard to get there.

After he began training at eight years of age, Akimoto has never slowed down or stopped his martial arts education for the past 18 years.

That meant a lifetime of hard work to accomplish the goals he set out for himself, which entailed hours upon hours spent inside the gym and away from friends and family.

“Training is the toughest thing that I’ve faced,” Akimoto explains.

“Every fight is short, but the training that goes into it is very long and tough. It was especially tough when I first had to get used to it when I was young.”

While many kids were out playing after school, Akimoto was in the gym to continue his training every day under the tutelage of his mother and father.

There were moments that tested Akimoto to his core, but while he may have bent, he never allowed himself to break.

“The arduous training toughened me up,” Akimoto says. 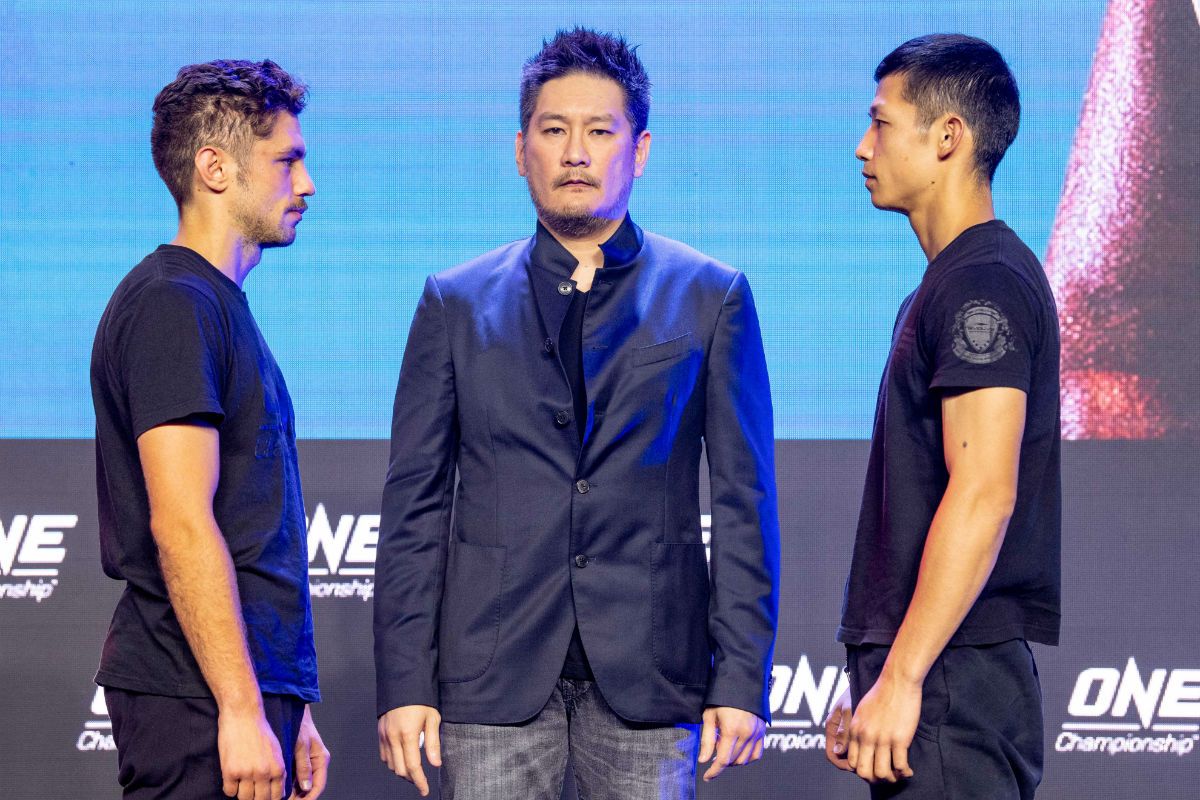 Before joining ONE Championship, Akimoto had a career covered in gold.

His accomplishments cross multiple disciplines and include national titles in kickboxing, Muay Thai, and karate, as well as his WFKO Karate World Championship.

As impressive as all those championships might be, Akimoto promises he will add more to his mantle as he kicks off his next pursuit of glory at ONE: HERO’S ASCENT at the Mall Of Asia Arena in Manila, Philippines.

“My goal is to become a World Champion in ONE Championship,” he says.

His road to the gold on the global stage for martial arts starts in the ONE Super Series kickboxing flyweight division on 25 January when he faces Tonna on the main card in Manila.