Former ONE Strawweight World Title challenger Roy Doliguez (6-4) may be chasing his goals and his dreams, but he gets the fuel to do all of that from his family.

In fact, the 35-year-old is constantly surrounded by them. The filial son lives with his mother, and together, they take care of his niece and nephews.

The way he sees it, he is working extra hard inside the gym to provide them with the opportunities he did not have. But what the Filipino known as “The Dominator” did have growing up was a loving family that provided inspiration, and helped birth a dream.

Walking In His Brother’s Footsteps 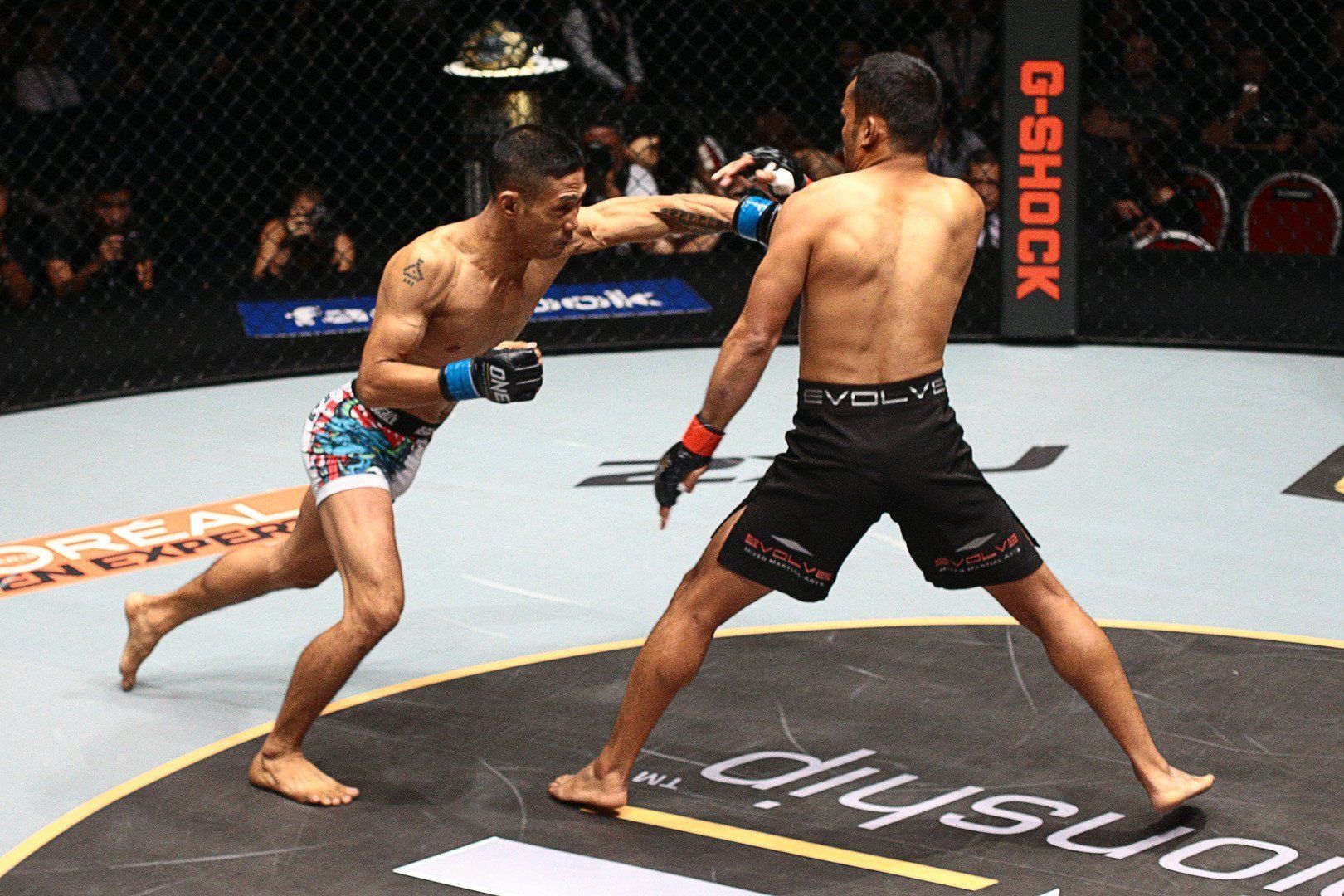 Growing up in the southern province of Sarangani, Doliguez was one of eight children. Although his mother worked at a bag factory to earn some extra cash, the household relied mostly on his dad’s income as a farmer. Their sons were expected to help out too, but Roy would usually take a shortcut.

“During harvest time, my brothers would work really fast,” he recalls. “I was really lazy with that kind of work. I did not like it. When I saw them focused on what they were doing, I slipped out and went home unnoticed. My dad would just give me the evil eye.”

However, inspired by his eldest brother Reynaldo “Rey” Doliguez, Roy became more disciplined over time. Rey was an amateur boxer who had a genuine love for the sweet science. He competed in their town during events, where the younger Roy would watch together with his grandmother.

“I even stood on chairs just to see him,” he recounts. That is what initially sparked his passion for combat sports. It was like love at first sight. While his brother shared his equipment with him, the younger Doliguez would train on his own while preparing himself to follow in Rey’s footsteps.

“We lived near a bridge,” he recollects, “and that is where I made a makeshift punching bag for me to train with.”

At the tender age of 12, a young Doliguez joined the town’s weigh-in for an open boxing event without his family’s knowledge. “They only learned that I was boxing when I actually stepped into the ring,” he admits.

That would be the start of his amateur boxing career. After learning more about the craft and improving from his first match, he became a boxer at Malungon National High School. As a school athlete, he won district and municipal championships, and even became a two-time provincial champion.

The Highs, The Lows, And The Tragedy

Following graduation, Doliguez made the unpopular choice of bypassing college against the wishes of his family, and left Sarangani for Manila to enter the world of professional boxing.

Evidently, it was not easy for an upstart from the countryside. After leaving his job at the same factory his mother worked in to become a full-time athlete, he had no other source of income, apart from the boxing purses he received.

“When I started, it was really a struggle since I was earning close to nothing,” he says. “I had to borrow money from my Manong (older brother) to buy laundry soap or socks.”

He did not have to struggle for long. Through his natural talent, Doliguez shot up the national ranks in just 11 months. By the next year, he was competing internationally, eventually becoming a WBO Asia Pacific Champion. He also became a three-time PBF Super Flyweight Champion back home.

Although Doliguez made a name for himself in the sport, his brother Rey, who inspired him to box in the first place, never turned professional. They drifted apart, as Rey moved to the nearby province of South Cotabato to continue farming.

Unfortunately, he would meet an untimely death in 2010. “My brother died because of jealousy,” Doliguez reveals. Rey worked on a large farm and made a great living. That made one of his friends jealous, and after an intoxicated altercation, that friend took his life.

“We took care of his kids,” Doliguez continues. “His daughter was taken in by my eldest sister, his youngest stayed with their mother, while my nephew is now with my mother and I here at home.”

Although he had relative success in his boxing career, “The Filipino Badboy” was not able to save up enough to retire comfortably or provide for his family. “With boxing,” he says, “you need to be ranked globally before you earn the big bucks.”

The economics of being a mid-tier boxer, coupled with some years of decline that led to decision losses, made Doliguez uninspired to continue his career. After taking a break of four months in South Korea, he returned to the Philippines, committed to stop boxing and to start afresh in a new arena – the cage. 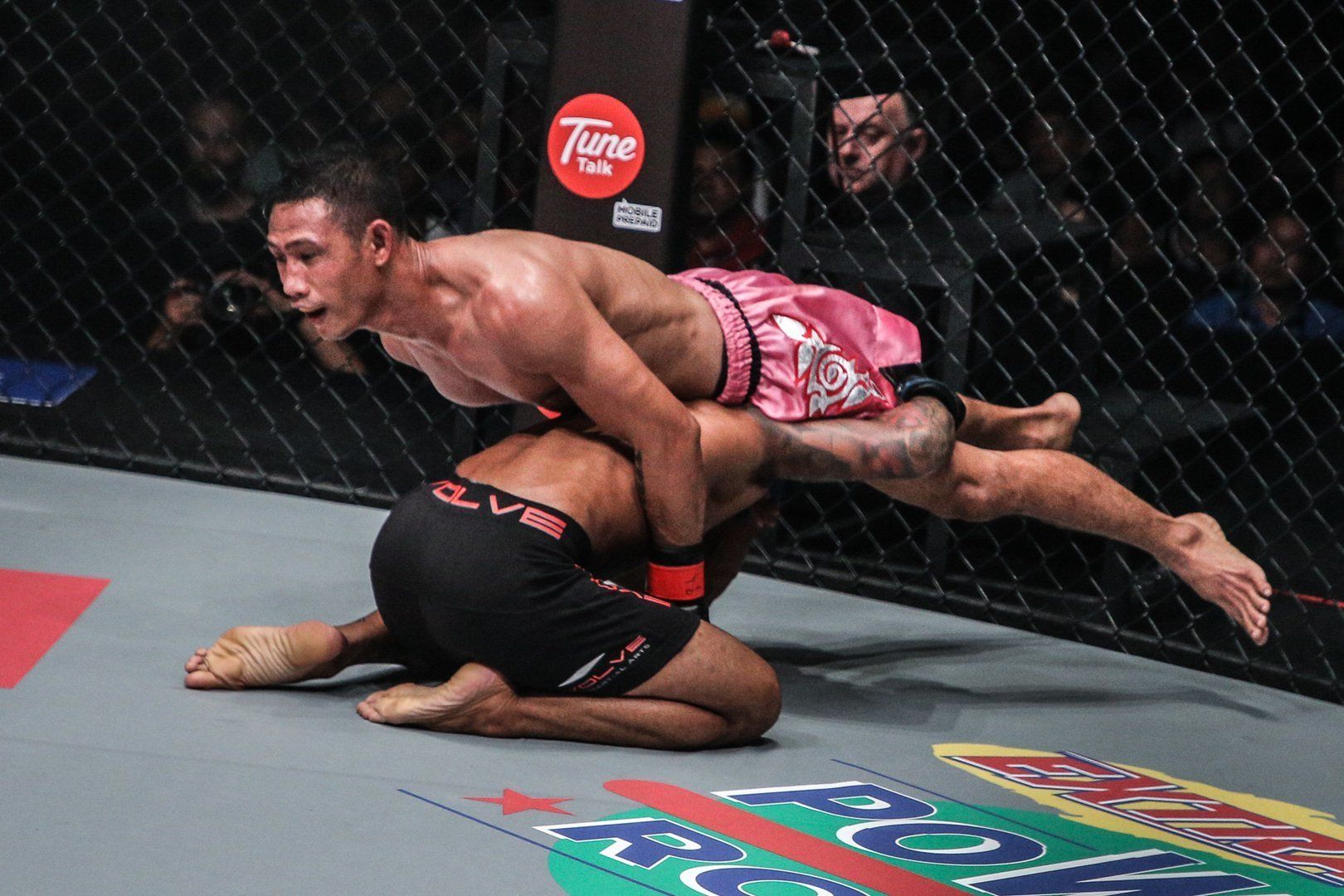 Once he made the transition, he had to change his nickname, as another competitor used a similar moniker on the local scene. “The Dominator” was just a name thrown at him, but he gave it justice right from the get go in a local promotion.

Doliguez proceeded to conquer every opponent he went up against, establishing a 6-1 start to his career in the local scene. Then in 2015, he signed with ONE Championship.

The opportunity to earn more from matches, and the fact that he does not have to split his earnings with a manager, fuelled a reinvigorated Doliguez. While he was not able to pursue college, he is working hard to provide that opportunity to his nieces and nephews. More than just them though, he is doing everything for his biggest inspiration.

“I have a 14-year-old daughter, whom I want to give the world to,” he reveals. “I want to save enough, so that when the time comes that he needs financial assistance from me, I can give him whatever he needs.”

For The Love Of The Game 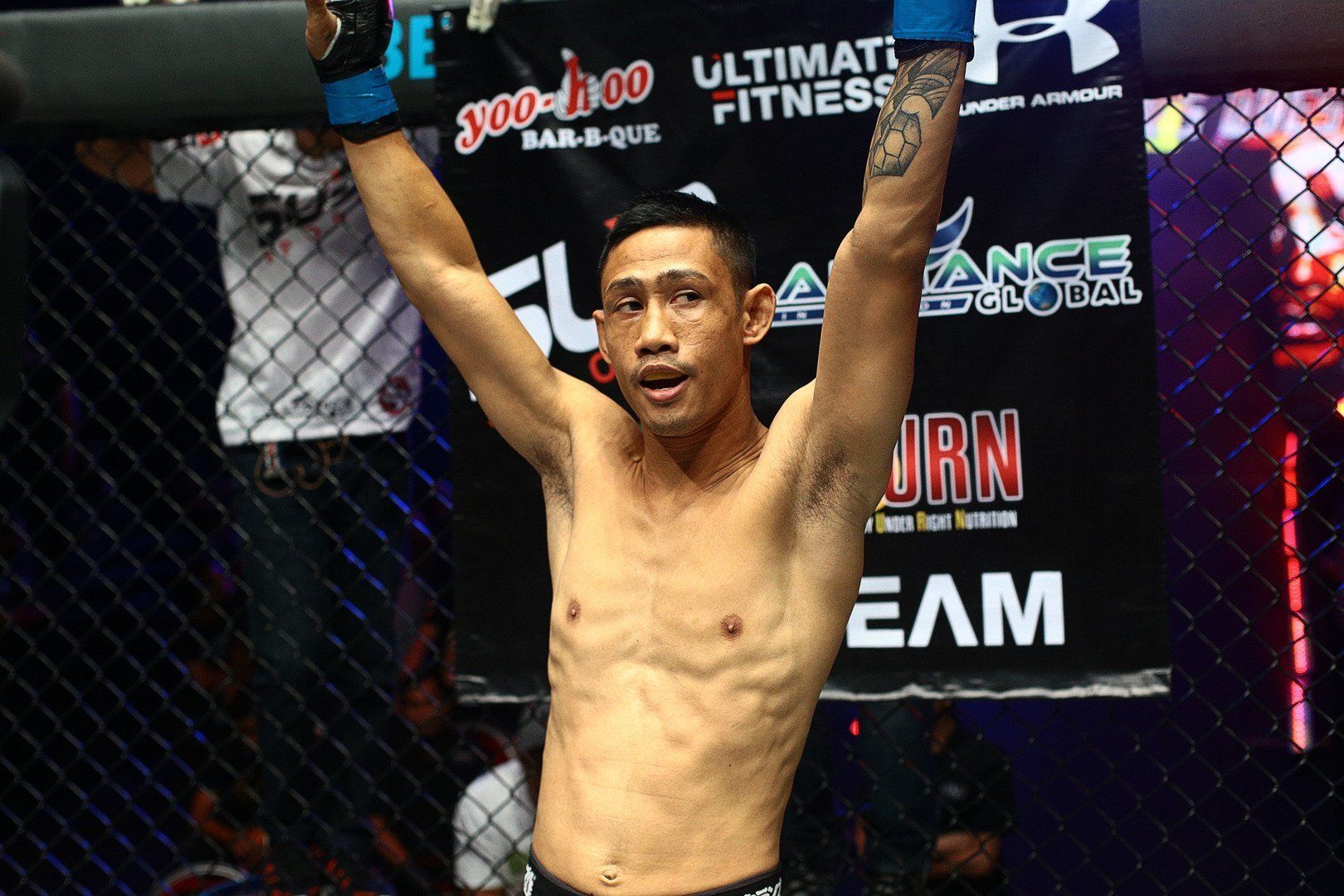 On 16 September, the hopes of his entire family will weigh on the fists of Doliguez, as he battles Brazil’s Yago “Codorninha” Bryan in a strawweight bout at ONE: TOTAL VICTORY, live from the Jakarta Convention Center in Indonesia.

“The Dominator” is looking to showcase his striking in this upcoming matchup, and is enhancing those skills at the famed Wildcard Gym owned by Manny Pacquiao in Sarangani. While he is focused on his stand-up skills, he is also prepared to earn a victory on the ground.

He plans to continue sharpening his takedown defense and BJJ when he heads to Elorde MMA in Manila for final preparations before event night. Carrying the pressure of having lost three straight matches in ONE, Doliguez is determined to come away with the breakthrough win.

“I am aiming for a knockout,” he bares, knowing full well that he needs nothing short of a total victory in order to bounce back from his string of losses.

Another loss could see the Filipino lost in a sea of aspiring contenders and rising prospects, which is something that could jeopardize his hopes of contending for the ONE Strawweight World Title yet again.