The pair were previously slated to meet in April, but the COVID-19 pandemic forced the card to be pulled. Eight months later, the fight is back on at ONE: COLLISION COURSE in Singapore.

Kryklia’s had plenty of time to study his challenger, while Stoica has also surely been looking for any potential flaws in the reigning king’s game.

Before the action heats up, let’s break down four keys to victory for the two monstrous strikers when they collide for the gold at the Singapore Indoor Stadium.

Kryklia’s Expert Use Of His Reach Kryklia is always keen to showcase the teachings of his team at Gridin Gym, which emphasizes smart, cerebral striking and the use of impeccable technique over brute force.

At 200 centimeters tall, the Ukrainian’s long reach makes him a master of this. Instead of simply charging in with combinations, Kryklia takes a more measured approach and won’t shut down the distance unnecessarily.

His 12-centimeter height advantage and long arms allow him to keep his rivals at bay with stiff punches. And when they land, he dials up the pressure with punching combinations in quick succession.

Along with his long jabs and crosses, Kryklia also surprises opponents with looping body shots when they think they’re outside of his range, taking away any sense of safe distance against him. 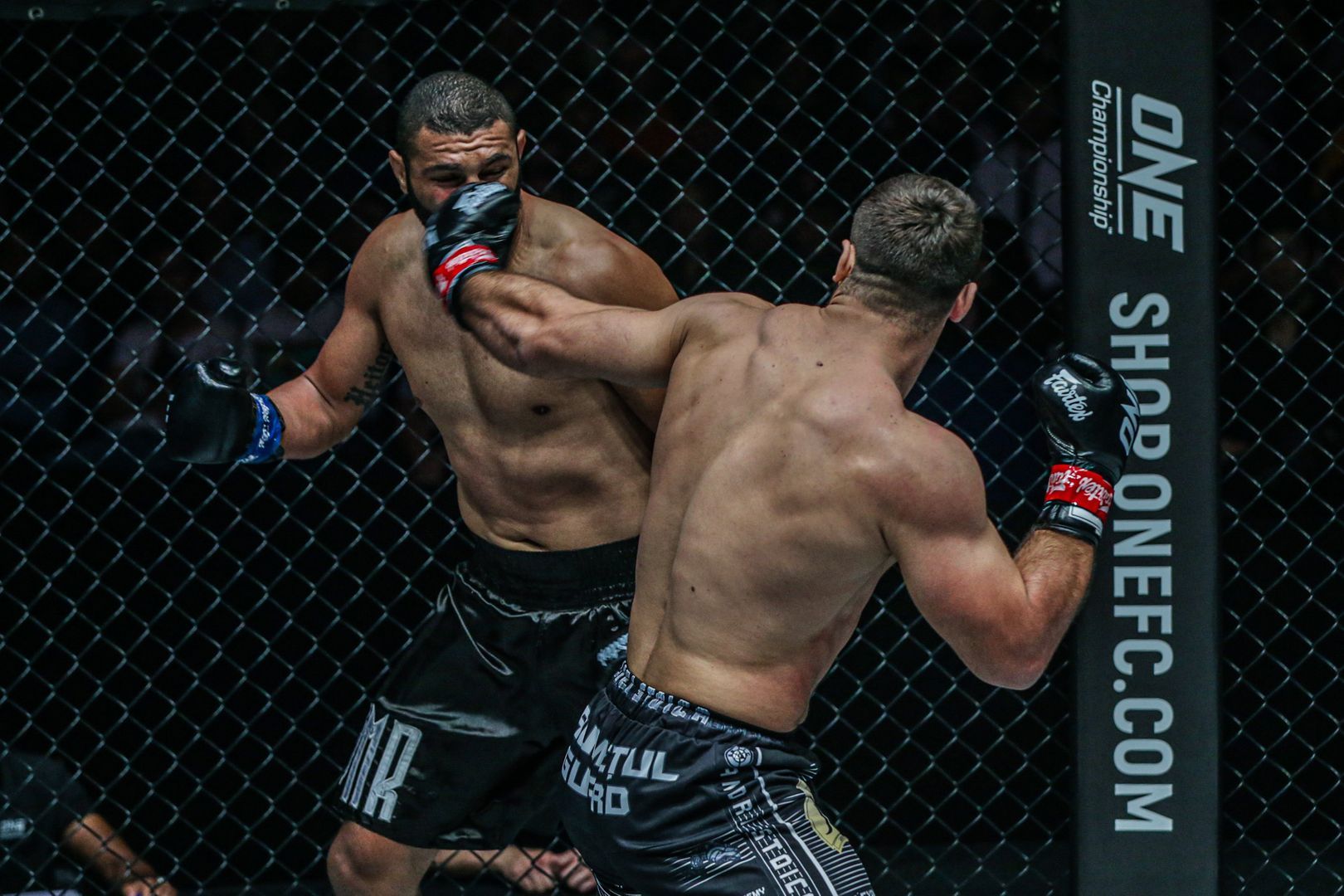 Kryklia may have the genetic advantages in height and reach, but Stoica’s concussive left hook will be a great equalizer when they go head-to-head.

The Bucharest native has finished stacks of opponents with his crushing lead hand, and Kryklia’s offense could offer up some prime opportunities to attack.

“Mister KO” loves to throw the shot on the back foot as his opponents step in and bring their momentum toward his power. When Kryklia looks to step in with his long right to the body, Stoica could make the most of that small window of opportunity to land his leather on the World Champion’s exposed chin.

However, it’s not just a counter-strike. As we saw against Anderson “Braddock” Silva last year, it’s also devastating as a combination opener. Stoica can use it to cut down the space behind a long lead step and then find the mark with his enormous hook.

This gives the Romanian both front-foot and back-foot options with which to uncork one of his favorite – and potentially bout-ending – strikes. 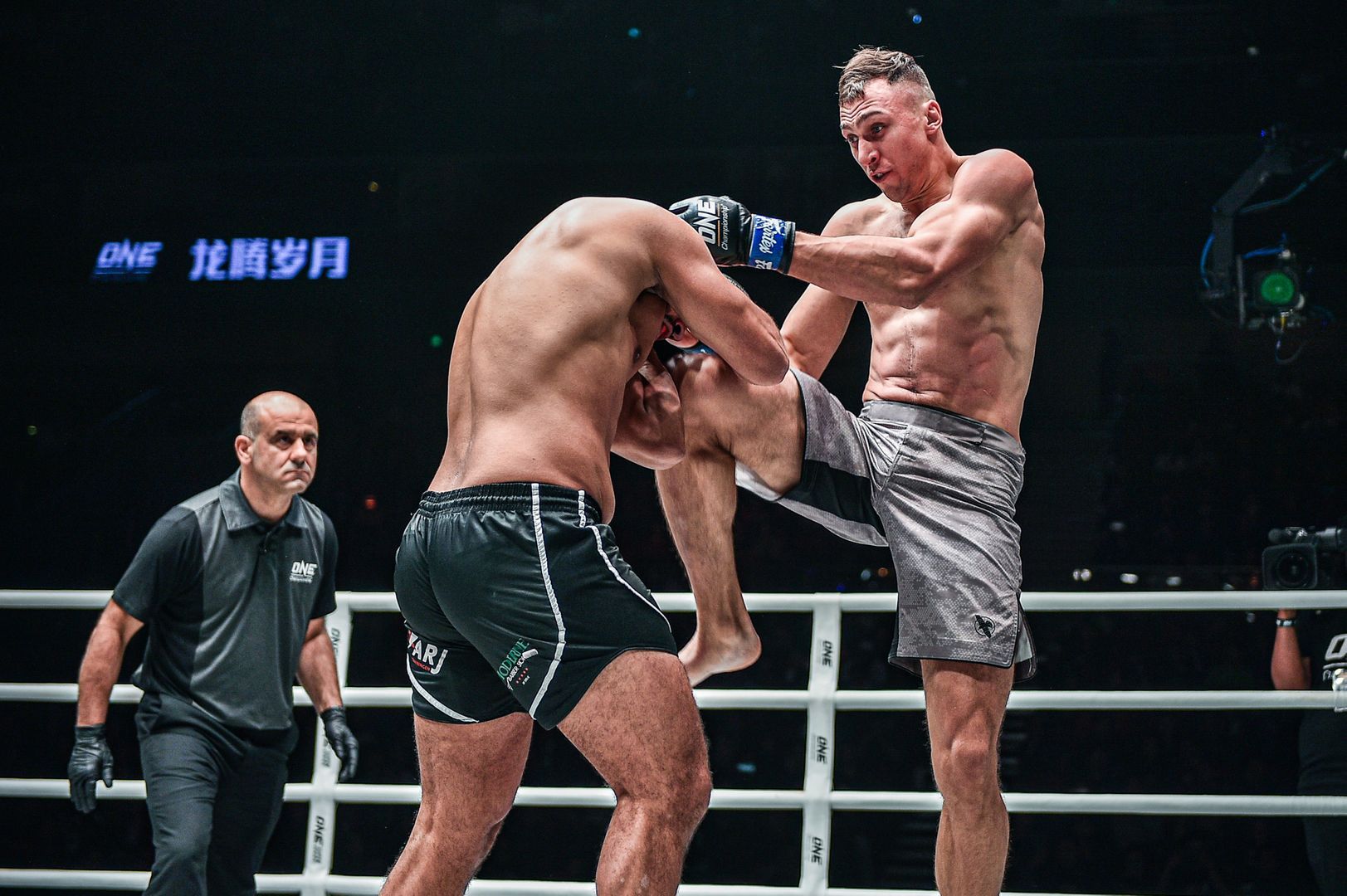 Kryklia’s outside game is strong enough to frustrate his often-shorter opponents into trying to traverse the distance by any means necessary – and at that point, the Ukrainian’s knees are waiting for them.

Like in his World Title-winning effort against Tarik “The Tank” Khbabez, he waits until his rivals try to wade in kamikaze-style to land their strikes, and then he uncorks his lower limbs.

Because of Kryklia’s stature, even a slight raise of the knee makes it easy for him to connect hard to the body or head, and the forward pressure of his foe helps deliver twice the impact on the jaw or solar plexus.

The Gridin Gym representative also has other weapons in his arsenal to throw when his opponents chase after him, including his devastating uppercuts.

Stoica’s Patience From The Outside Unlike Khbabez, who is relentlessly aggressive, Stoica’s patience could allow him to disrupt the World Champion if he doesn’t fall into the trap.

“Mister KO” does like to hold the center of the Circle, but he is not an attack-at-all-costs striker. Conversely, the Romanian Kickboxing Champion is happy to feint and wait until an opening presents itself.

Stoica will often use his thudding right low kick and left body kick to accumulate damage from the outside as he waits for a chance to dart in and unleash the heavy artillery.

If he can hold off and force Kryklia into a more front-foot game, the challenger can capitalize with those heavy punches when the Ukrainian steps inside his range.

The reigning king has never been knocked out, but he can be hit, and the powerful “Mister KO” has the ability to shut down any opponent’s circuitry if he lands clean.