ONE Heavyweight World Champion Brandon “The Truth” Vera knows that evolution is a crucial aspect of staying on top.

That’s why the Filipino-American moved his training camp to Sanford MMA in Florida, USA, ahead of his upcoming World Title defense against Arjan “Singh” Bhullar at ONE: DANGAL, which airs on Saturday, 15 May.

Given his young family, it was not easy for “The Truth” to uproot them and travel from his dual residences in the Philippines and Guam to North America, but he knew it was the right decision for his career.

“In making this move and making this commitment, it’s taken a lot of stress away from me as an athlete. I can just concentrate on being a student of the game,” the 43-year-old says.

As soon as Vera stepped off the plane, he felt at home, and he hasn’t regretted his choice one bit.

“Florida is a different animal. I had no idea that Florida was like this until we got here. The family showed up and we were walking around wide-eyed and thinking, ‘Wow, man, this place is happening,’” the longtime heavyweight king recalls.

“Whatever is going on here, they’re doing it right. All the guys at the gym are training together, so it’s nice being here. I absolutely love it.”

Of course, the most important part for Vera was the training environment.

After his ONE Light Heavyweight World Championship defeat to Aung La “The Burmese Python” N Sang in October 2019, the pair became close friends, and “The Truth” toyed with the idea of going through a fight camp together.

“When Aung La and I had our fight, we were in the back getting checked out by our doctor. We’re both hurting, but we’re both laughing and joking and talking about training together,” Vera reveals.

“And from that moment, something clicked, like he was more than just an opponent. It was a connection like more of a brother, more of a family vibe.” 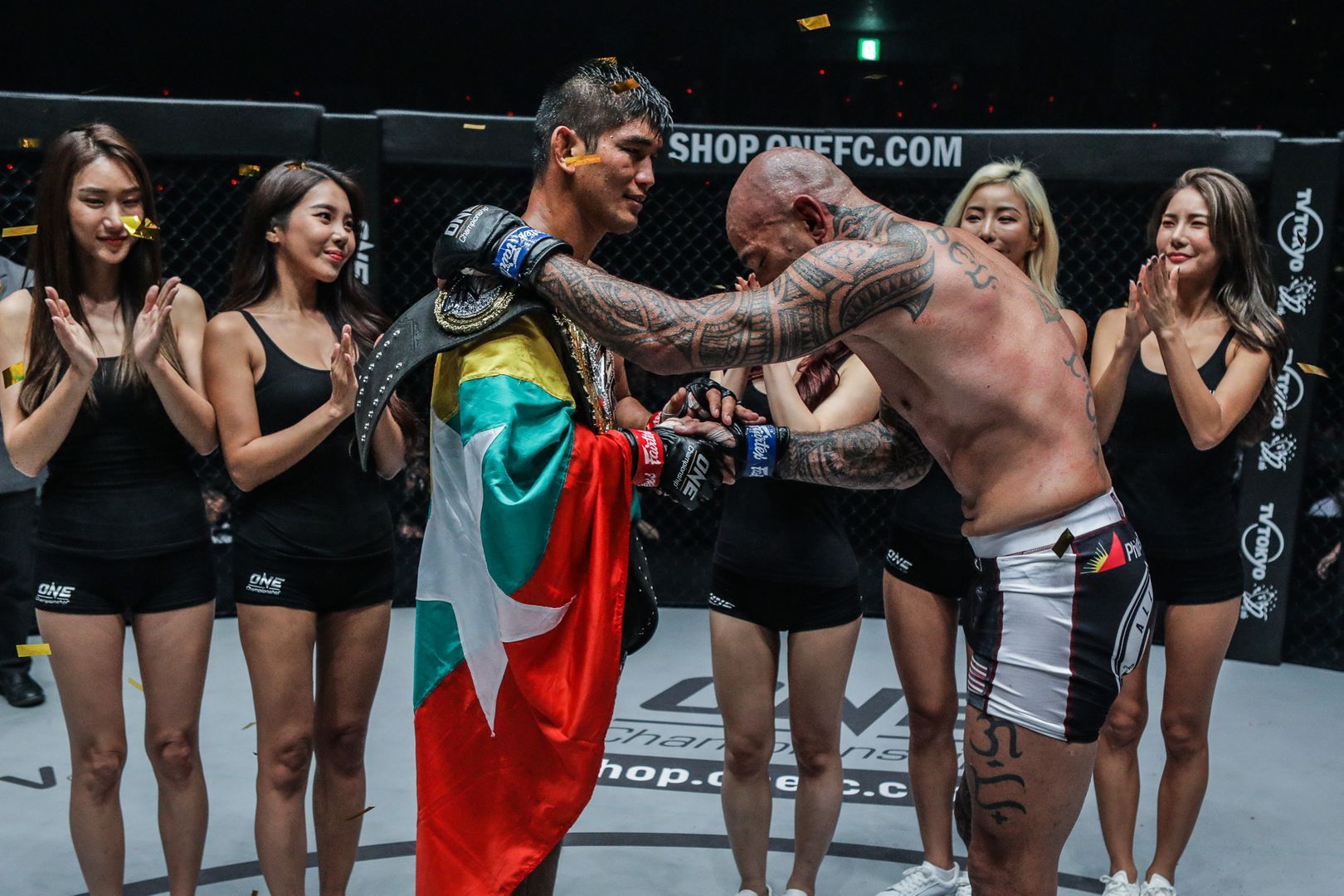 The COVID-19 pandemic and the birth of his son delayed Vera’s travel plans, but the idea still weighed on his mind. Finally, a message to another ONE superstar really set the wheels in motion.

“Everybody wants to be the champ, but nobody will do the things that you have to do as a champion,” Vera says.

“I asked my [wife], ‘Hey, what do you think about us going to Sanford?’ I started asking all my close friends, my close relatives, and my training partners, and they were like, ‘Man, you need to go there, that’s where you should be.’

“I sent Martin Nguyen a DM on Instagram, and Martin hit me back right away. I said, ‘Do you think it would be okay with them if I came to Sanford to train?’

“The next DM back was, ‘What?’ and then I got a video call. It was [Aung La] and Martin on the phone saying, ‘Yo, bring your [butt] out. What are you doing? Why you still there?’”

That was all the prompting Vera needed. He finished up a film project in the Philippines and then made the trip to Florida to prepare for his upcoming battle with Bhullar.

Facing a former Olympic wrestler in Bhullar will be a stern test for the reigning king, but Vera says he’s rejuvenated alongside his new teammates and in the perfect mindset to meet the challenge head-on.

“I have not felt this way about training, about MMA, and a group of guys since Alliance when I very first started this thing,” he offers.

“I am excited when I wake up in the morning. It makes me feel like a little kid again and it’s really cool. I wish I had a better way to describe that, but I don’t know. That’s where I’m at.

“Good lord, these practices here are something else. Everybody uses the words ‘world class,’ but at this place, there is a top five-person in every weight division in every organization in the world, and all of them are trying to get to the number-one spot.

Initiated by a friendship and accelerated by a tough challenger, “The Truth” made a big call to aid his career, not knowing how it would work out.

But after experiencing life as a Sanford MMA athlete and seeing the new contingent of rising stars coming through the ONE heavyweight ranks in 2021, Vera and his family are looking to make life in Florida a long-term fixture in hopes of fending off the chasing pack.

“I found a place that I can call home, a place where I feel like I belong, and even after our title defense, we’re bringing that belt right back home here to Sanford and we’re going to stay here and just keep training,” the divisional king says.

“The ONE Championship heavyweight division — this new roster — has helped light a fire under my [butt]. They are the reason why going to Sanford was so easy. They are why swallowing my pride is no problem.

“I will stay at the top until I’m ready to go home, so until then, I’m here getting better, getting faster, and getting stronger. Because of all y’all monsters. Thanks, ONE Championship!”

Read more: The Best Knockouts From The Superstars Of ONE: DANGAL