Muin “Tajik” Gafurov made his ONE Championship debut more than four years ago, but he is still just 23, and in the hunt for a shot at the ONE Bantamweight World Title.

The Combat Sambo World Champion has everything you would want from an elite mixed martial artist – knockout power, brilliant grappling, and a determination to succeed that makes him even more dangerous.

All of those attributes were honed thanks to his upbringing in Tajikistan, where he overcame tragedy to be molded into an elite competitor.

Before he takes on John “Hands Of Stone” Lineker at ONE: DAWN OF VALOR this Friday, 25 October, he reveals how he has made it to the cusp of greatness on the global stage. 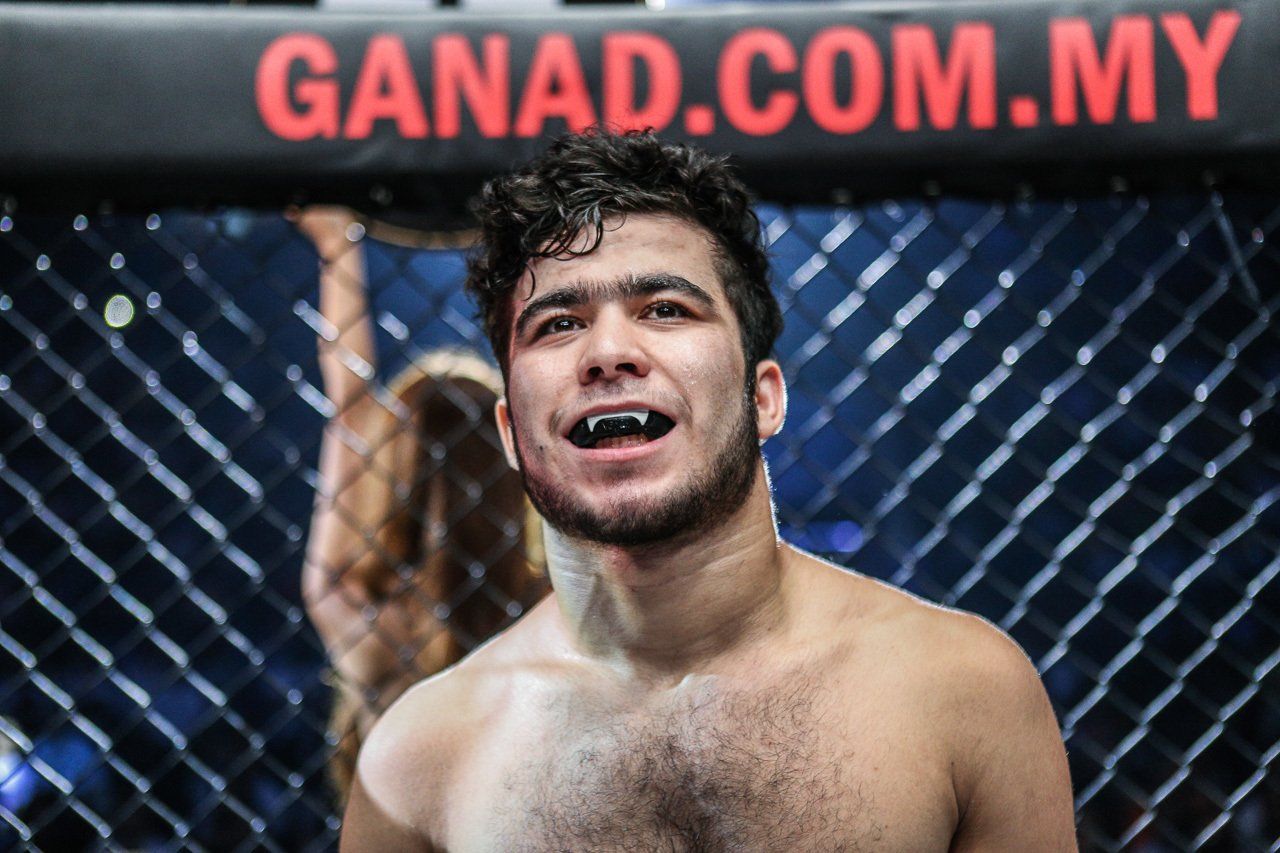 Within weeks of his birth in Dushanbe, Tajikistan, the course of Gafurov’s life was changed forever when his father was murdered.

Despite that tragedy, he had a fulfilling childhood thanks to his mother, as well as a group of other relatives that looked out for him, and gave him his introduction to his life’s calling.

“I was looked after by not one, but four uncles, and all of them were involved in martial arts,” he recalls.

“I was a happy kid, and a very sporty one, but my mother always tried making me focus more on studies.”

Gafurov says he did quite well at school – he stayed out of trouble and studied hard – but his passion was never in academics.

He harbored dreams of playing football professionally, but soon, he would be drawn toward the gym by the men who raised him. 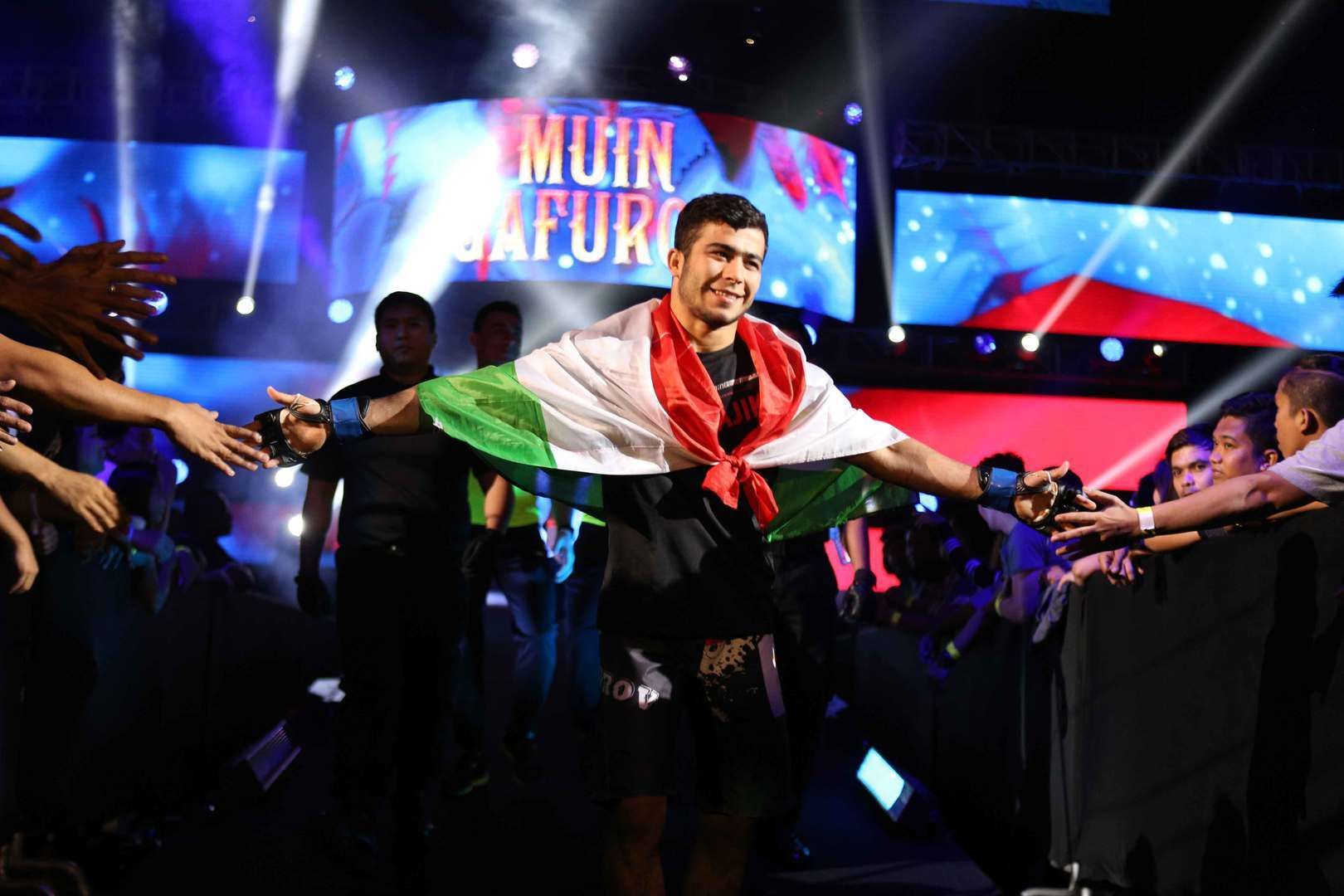 Despite his ambitions in “the beautiful game,” “Tajik” was destined to spend much of his youth on the mats.

One of the uncles entrusted with his upbringing was Akhtam Khakirov, the President of Tajikistan’s combat sambo federation, and he insisted his nephew practice the Soviet combat sport.

“I was thinking of going pro [in football], but my uncles interfered, and I was made to take combat sambo,” he remembers.

“They wanted me to follow in their footsteps – all males in our family were involved in martial arts. When I turned 14, my uncles started taking me to the gym with them. I used to run away at first, and secretly play football.”

However, before long, Gafurov started to take to his sessions on the mat and showed incredible natural ability.

He soon began to compete in his homeland and became one of the most decorated young athletes in his nation’s history.  The 22-year old’s résumé boasts a long list of accolades including two Combat Sambo World Championships and a FILA World Grappling Title.

“I took part in many competitions in different disciplines – grappling, jiu-jitsu, combat sambo – and won many titles, but the pinnacle of my youth sports career was the champion’s title at the World Combat Sambo Championship when I was only 18 years old,” he says.

The Taj-Fighter and Team Khakirov representative also made his professional mixed martial arts debut aged 18, and he was determined to make a big impression.

That is why he flew to Nevada in the USA for his first training camp to make sure he hit the ground running. It was not an easy trip – training was expensive, so he had to moonlight as a laborer to make ends meet.

“It was really hard, but I made it through due to sports,” he remembers.

“Martial arts made me physically and mentally strong, so when others couldn’t carry on, I kept on working.”

All his efforts were worth it in the end as he built a huge winning streak that caught the attention of the matchmakers for The Home Of Martial Arts.

“I was shocked and excited at the same time,” he remembers. “I didn’t think twice – it was a good chance to further my career in mixed martial arts.”

Gafurov was still just 20 when he debuted at ONE: ODYSSEY OF CHAMPIONS in September 2015 and took out Casey Suire in 55 seconds with a spectacular spinning back kick knockout. He followed that with a resounding, third-round TKO of  Toni “Dynamite” Tauru early the following year to establish himself as one of the bantamweight division’s top contenders. 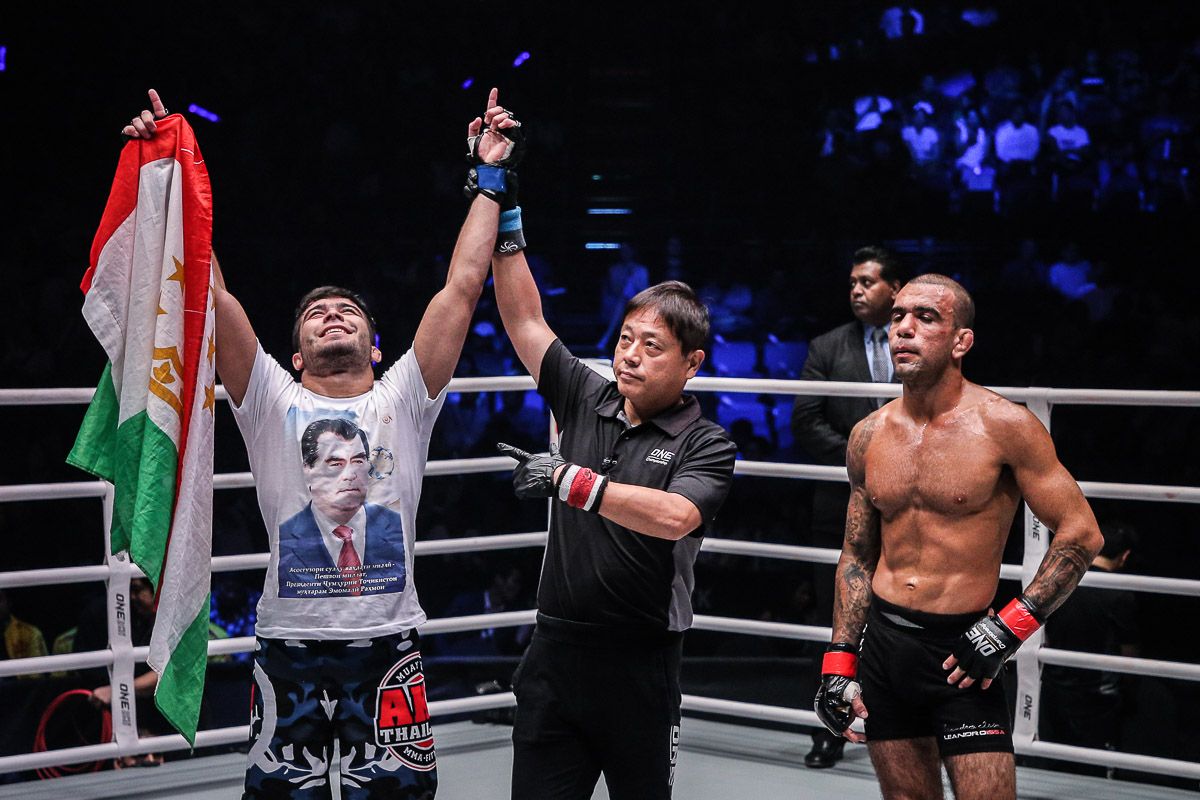 A couple of losses against some of the weight class’ best – including Kevin “The Silencer” Belingon, who went on to win the World Title – forced “Tajik” to go back to the drawing board, but he returned last October with his best win to date.

At ONE: KINGDOM OF HEROES, he stunned Leandro “Brodinho” Issa with an incredible knockout punch, which set him up for another run at his sport’s top prize.

Though he is frustrated that he has not been able to compete for a year, Gafurov is delighted to face a world-famous athlete like Lineker on his return, and prove he deserves to be recognized as one of the world’s best.

“John Lineker is a good fighter with a good stand-up game, and I cannot wait to show the world who Muin Gafurov is,” he says.

“I am better in every single area. People underestimate me a lot. I deserve more attention, and I am ready to prove it once again. I predict I will win with a first or second-round KO. The fans will enjoy it very much for sure.”

If he can win in style and get his sixth consecutive first-round finish as he predicts, it may not be too long before he gets the chance to get a dream match with ONE Bantamweight World Champion, Bibiano “The Flash” Fernandes.

“I am not very original when it comes to my ultimate goal. All I want is to get the belt and bring it back home to Tajikistan,” he adds.

Read more: 3 Bouts That Could Steal The Show At ONE: DAWN OF VALOR