Ekaterina “Barbie” Vandaryeva does not look like your typical Muay Thai World Champion, but the Belarusian has defied expectations throughout her life.

The 28-year-old from Minsk worked hard to emerge from humble beginnings, joined her country’s top gym despite being rejected at first, and reached the top within two years of beginning her training.

Now, the three-time World Title winner will take on her greatest challenge as she faces Janet “JT” Todd in a ONE Super Series women’s atomweight bout at ONE: CENTURY PART I.

Ahead of her debut this Sunday, 13 October, she reveals how she hopes to make a huge impression, and why a woman that earned her nickname for her looks is more than just a pretty face.

Vandaryeva was born in 1991 in Starye Dorogi – a tiny provincial town in Belarus which translates as ‘Old Roads’ – with her parents and brother.

“Like many fighters, I wasn’t born into wealth,” she says.

“My father provided for the family by taking construction jobs abroad. My mother had a small position in the local department of culture. Even though we were not rich, my mother brought us up well-educated, cultured, and she made us study a lot.”

Looking at her industrious parents, the young girl realized early on that if she wanted to prosper in life, she had to work hard.

She embodied that mentality as a young child as she pitched in with chores around the house and always studied hard. Her work ethic transferred to bring her success in her extracurricular activities, too.

“I joined a dance studio and became quite good at it!” she says.

“We toured a lot and won many prizes. It probably helped me later in martial arts, as I already had a good sense of rhythm and coordination.”

Nobody who knew the kind and soft-spoken “Katya” imagined she would go on to become a fierce martial artist, but a turning point came when she was 13, her mother remarried, and the family moved to the Belarusian capital of Minsk.

“Minsk had more opportunities, but I found it hard to fit in at school,” she explains.

“People in the city are not used to living so close to each other – they don’t have to be polite to each other. At school, I noticed that city kids often looked down on us [who came from the country].

“Some kids, especially girls, tried pushing my boundaries from time to time, and I often thought, ‘I should learn how to push back.’”

Ekaterina learned about martial arts in a youth military-style training club, run by the cossacks – a modern version of traditional army troops based in the area in Tsarist Russia.

“They taught kids a lot of cool stuff, like self-defense, shooting, and even wushu basics,” she remembers.

“Where I lacked in technique, I compensated with enthusiasm – just powering through my opponents.” 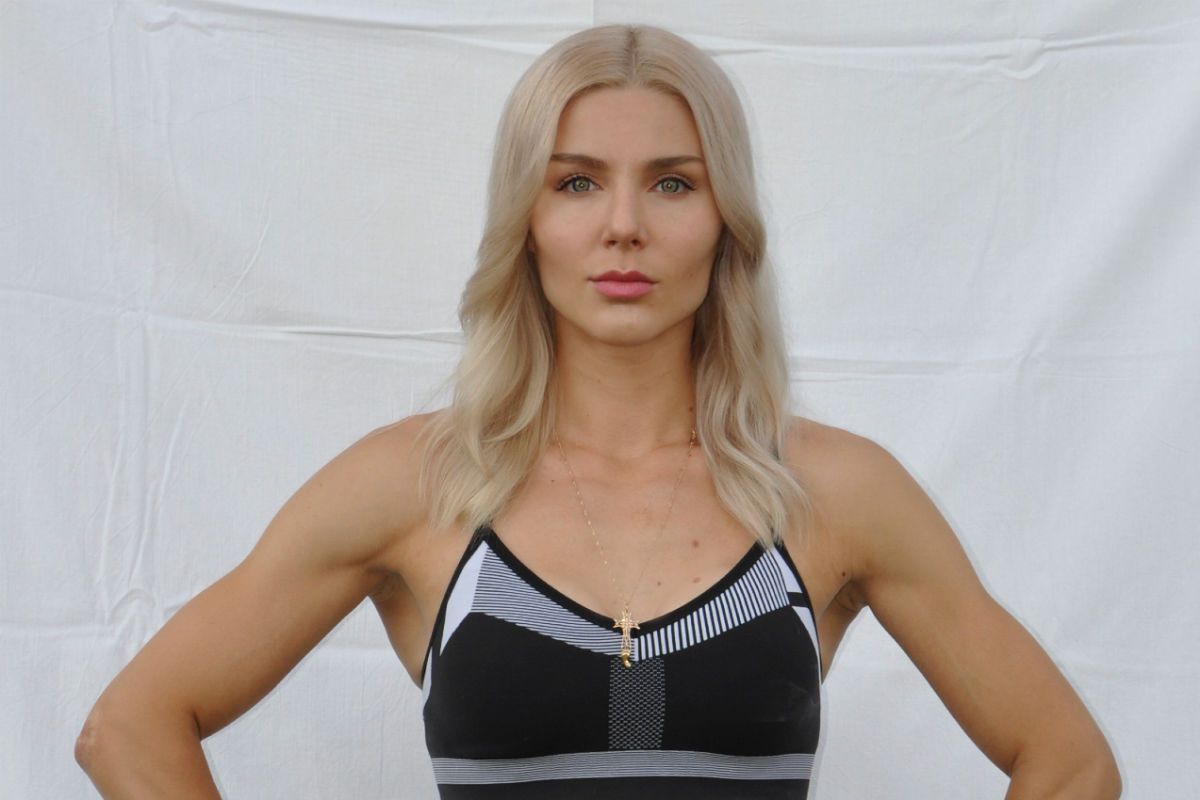 Unfortunately, that club closed, but Vandaryeva’s friends soon pointed her toward a Muay Thai gym called Kickfighter that was known as the home of more than 20 World Champions.

The 16-year-old had a rude welcome when she first walked through its doors, but thankfully, that was just a temporary setback.

“To my disappointment, the coaches said they were not looking for more girls. I was upset at first, but a week later they asked me back,” she recalls.

“The atmosphere was amazing, the training was incredible, and the coaches, including legendary Andrey Kulebin, were motivated and dedicated. They poured their hearts into us.

“Everywhere I looked, I saw powerful women punching and kicking so hard – it was amazing. I liked them, and I wanted to be one of them.”

During the first day at Kickfighter, “Barbie” set herself a goal of becoming its next World Champion, but that got harder when she started working part-time in a factory when she was 16 and then began to study at university.

She admits that she was often so tired, she would cry, but was determined to keep going.

“Sleep was my biggest luxury, I survived on four hours a day,” she explains. “I thought if I ran [home from the gym], I might get home faster [than the bus] and get more sleep.

“I did not want to let down my coaches and my dreams. I knew if I stopped, I would live an ordinary, boring life. I wanted to have it all – a family, fame, and money.” 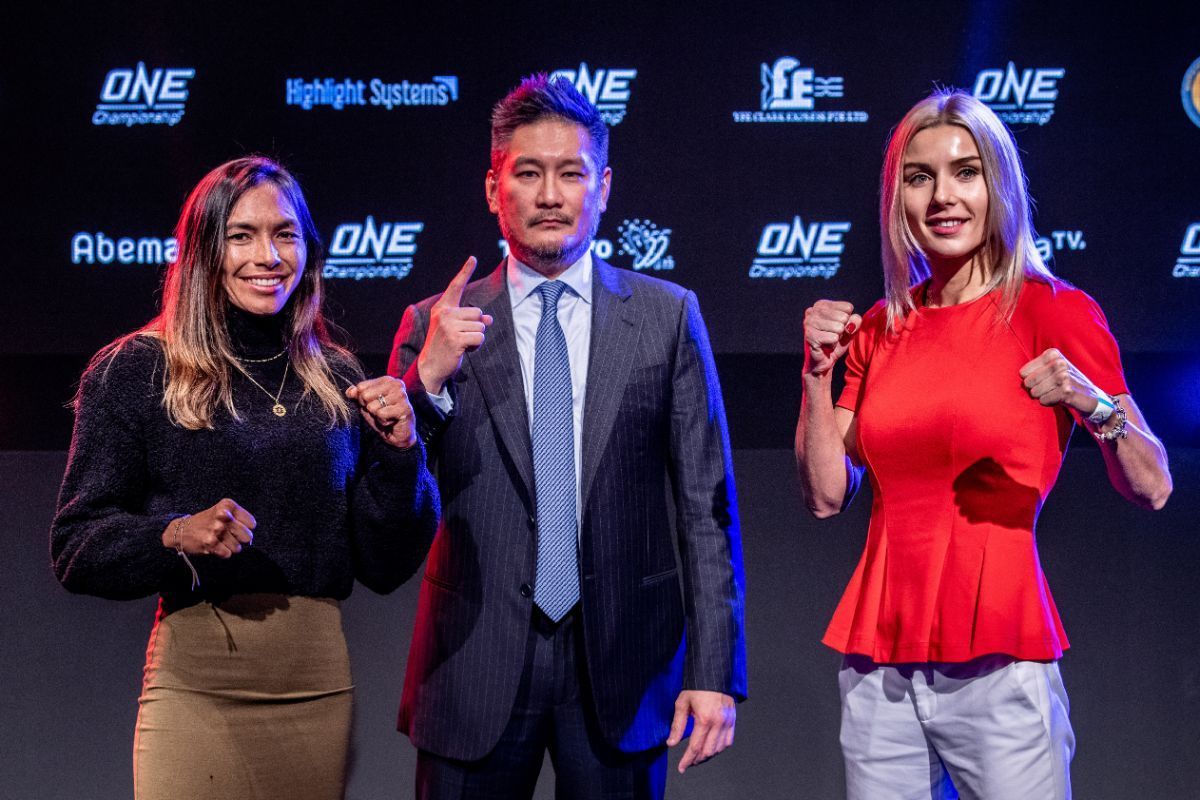 Despite the hard times, Vandaryeva’s family encouraged her all the way, though they tried to keep her feet on the ground.

“They saw me doing well and they supported me, especially at the beginning,” she says.

“Then, they told me to be patient and realistic, because, to their mind, no one could get great results quickly. I think they were surprised more than me when I got my first World Title.”

It took Vandaryeva less than two years to achieve her dream. First, she won a national championship aged 17, and then traveled to Thailand to capture the WMF World Title in 2009.

She added an IFMA World Title in 2010 and defeated Joanna Jedrzejczyk the following year to capture the WKN World Title.

The Belarusian continued to compete and collect wins across the globe, and now she has joined the world’s largest martial arts organization, she has a ton of ambitions beyond wrapping yet more gold around her waist.

“I have won all the titles in Muay Thai I wanted, I finished university, I got a profession, and I have a baby,” she says.

“Now, I feel calm. I don’t want to win another title yet. I want to show the world my skills, I want to take part in amazing tournaments, and show beautiful fights.

“I want to show that everything is possible. I hope there will be more women in this sport and that we will be able to make more money.”