From a young age, Mona Samir has always been focused on success.

The Egyptian grew up in a family where athletic achievements were not only met with approval, but actively encouraged. This is not the same in all families, so it is no wonder exceptional circumstances have helped to mold an exceptional athlete.

“I grew up in Egypt in a sporty family,” the 28-year-old Cairo native reveals. “My brother was a wrestler, and he made me love this sport.” 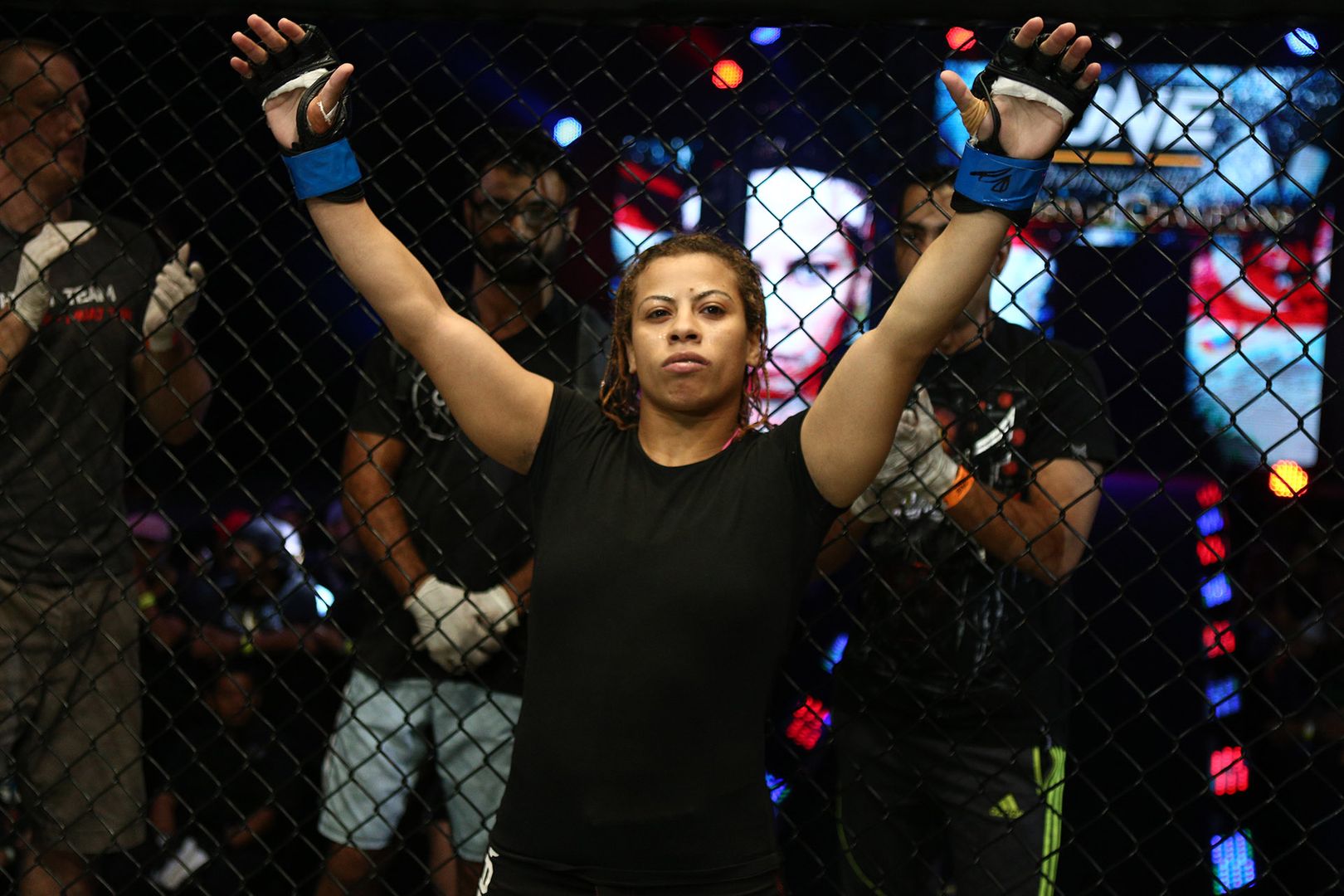 As a very family-orientated person, it was crucial for Samir to have the support of her parents, especially in a combat sport. Sharing in the passion, instead of battling against it, also meant that her parents could then be a part of the success that followed. What’s more, the camaraderie she shared with her brother, as fellow athletes trying to reach their goals on the wrestling mat, was invaluable,.

“They (my family) loved and supported me all the time,” she recalls, fondly. “They wanted me to be a champion.”

Ever since she first stepped into the center circle, Samir had a certain fire, and the flames kept getting stoked every time she was on the mats.

It was that desire which separated her from other competitors, ultimately leading her to national success as the top-ranked female wrestler in Egypt, and helped her to win four silver medals at the African Wrestling Championship.

Success was not without its tribulations, however. The political situation in her homeland has meant that her opportunities were somewhat diminished, as athlete funding is harder to come by.

To overcome this against the odds speaks volumes of her tenacity. Having made the switch to professional competition years ago, that grit and attribute will certainly come in handy.

However, even though Samir is quite established in one discipline does not mean she has stopped learning. In fact, to compete at the elite level, she must continue to learn, and has done so at Egyptian Top Team for the most part of her athletic career.

“My coach, Mohamed Abdel Hamid, has made me love martial arts,” she said, crediting him as her motivation. “He is the head coach of Egyptian Top Team. He trusts me, and makes stars in this sport. Egyptian Top Team is not a team, it is a family.” 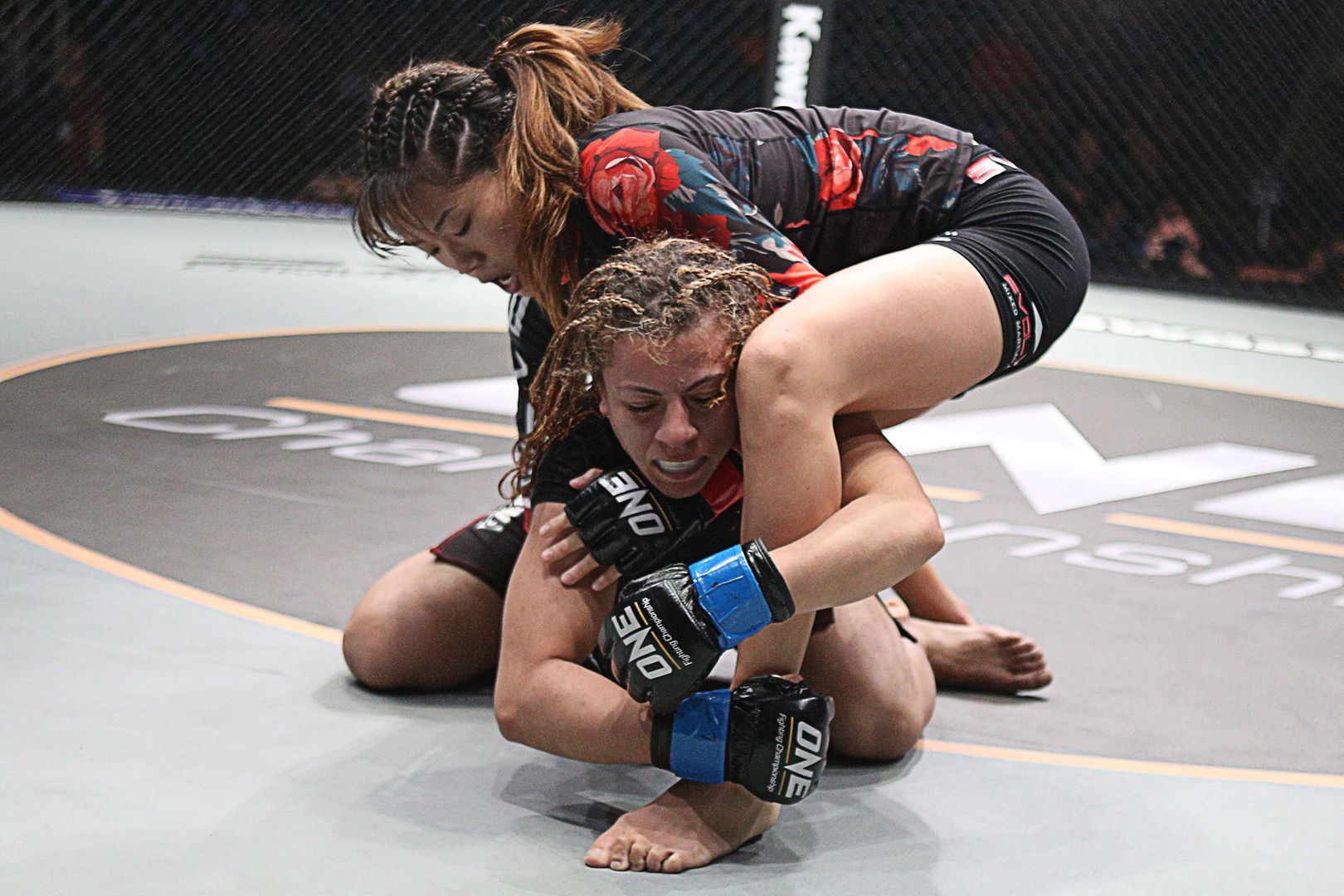 At this moment, she is edging closer to her fifth professional bout in less than two years. Although she stands at just 1-3, the numbers are quite deceiving. Two of the individuals who bested her are current ONE Women’s Atomweight World Champion Angela Lee, and eight-time BJJ World Champion Michelle Nicolini.

Given her long career in combat sports, the Egyptian knows how to deal with defeat in order to propel herself further forward. Facing that level of adversary early on in her career can only be a catalyst for her progression.

On Saturday, 2 September, she will attempt to display her growth and strength against “Supermom” Miao Jie (2-1) at ONE CHAMPIONSHIP: SHANGHAI.

After already taking on some of the sport’s elite in her burgeoning career, Samir does not fear anything. While Miao is the local favorite, the ETT product is used to competing in different cities amid hometown opposition, so the reception of the crowd will not effect her mindset.

This time, Samir is entering the Shanghai Oriental Sports Center with an unbreakable spirit, and is determined to leave with her first promotional victory.

“I am ready for her,” she asserts, vowing she has learned from past mistakes and has since set her sights high. “I am looking to be the first woman in all of the Middle East to take the belt, and become a ONE World Champion.”