Eduard “The Landslide” Folayang can trace his determination and work ethic back to his difficult childhood in the Philippines.

The former ONE Lightweight World Champion was taught by his parents that he must do everything in his power to make a better future for himself so he could improve his lot in life and never have to suffer the hardship they did.

His mother, Mercedes, explains that her upbringing was incredibly humble, which meant even her most basic needs did not come easily. 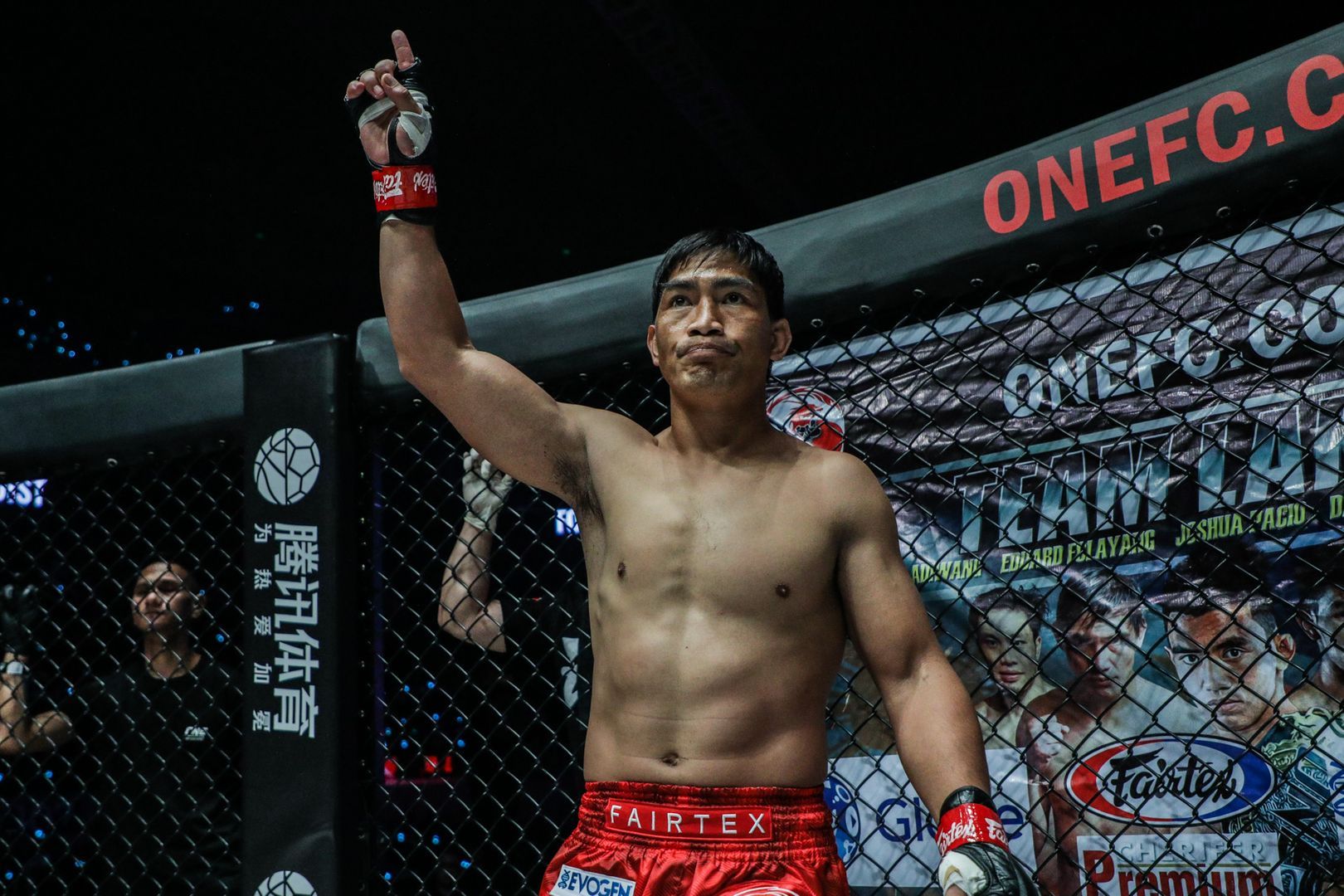 “I grew up in [Mountain Province] where life is really hard,” she says.

“Unlike here in Baguio, when you cook your meal, you just have to open the stove and you can easily cook your food, but in our place, we had to gather firewood first. If there was no firewood, we didn’t have any means to cook.”

Both Folayang’s parents were illiterate, so when they came to have children, their opportunities to provide for her children were limited.

“When [Eduard] was little, he only had a few pairs of shirts and short pants because we did not have a lot of clothes back then, unlike today,” she adds.

What was worse, however, was their lack of access to quality healthcare, which led to unimaginable tragedy.

Mercedes’ first-born child died due to a fever aged 14 months, then she lost two children aged 5 and 7 to measles. Two more babies died during childbirth.

She was determined her remaining four children would never have to go through anything like that in their lives, so she pushed them to study hard so they could have a better life. Luckily, they listened to her advice. They were diligent students and they also worked hard to help their parents put food on the table.

“When Eduard was [at school], he would always follow me when I went out to collect bottles,” Mercedes explains.

“He would say that he wanted to help me and carry anything that he could carry for me. That’s how my son was. Eduard is very determined.

“In school, he wouldn’t give up. He was very patient. Eduard used to accept cleaning tasks from his teacher just so he could help me with expenses because as his mother, my only means to support them was through my jobs collecting bottles and doing laundry services on the side. Poor kid.” 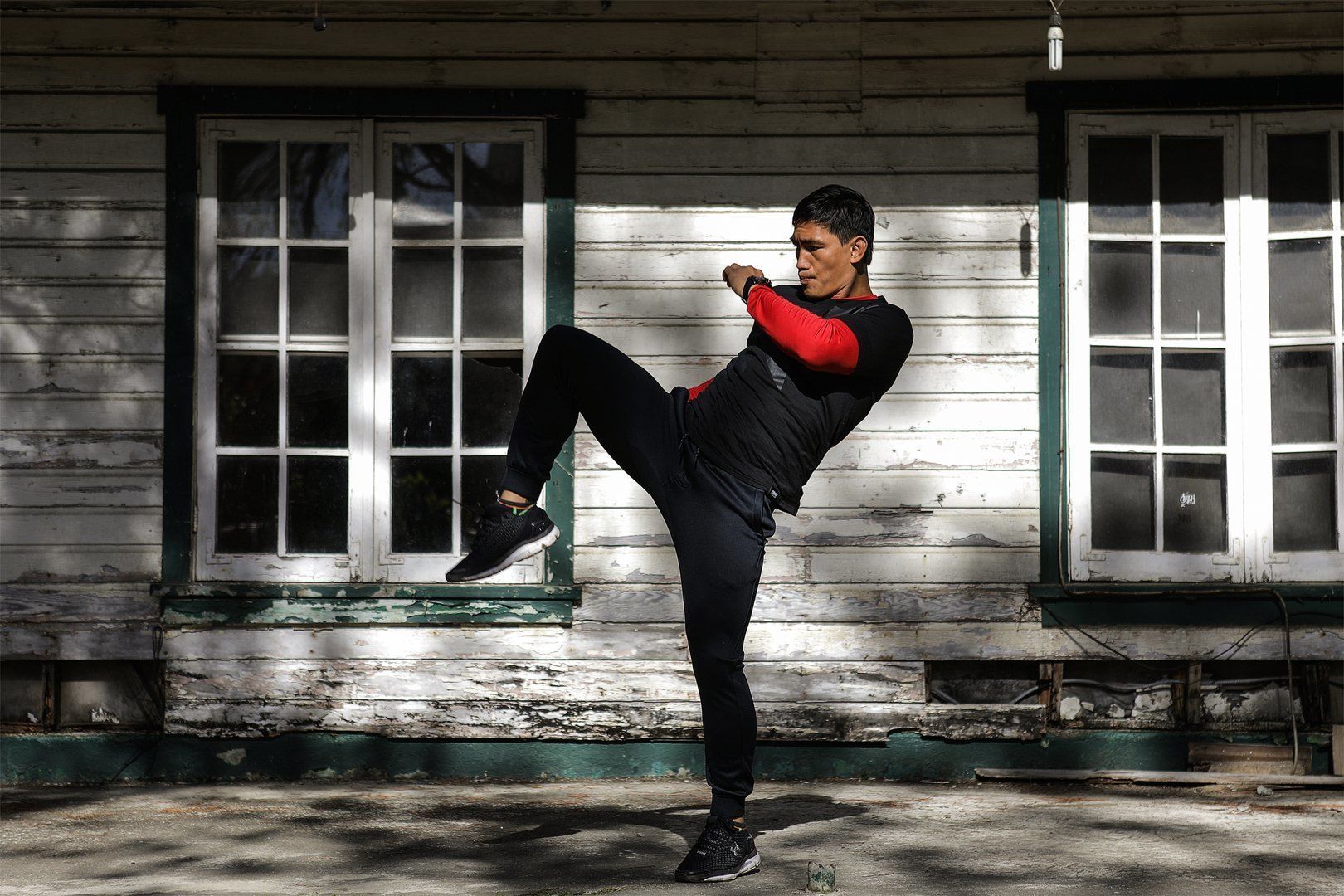 Folayang carried that mindset with him into adulthood, and he was quick to help his parents when he earned enough money from his successful career.

“We used to have a very small house where we barely fit, but now it is better,” his mother adds.

“We can now buy a mattress for our bed. Before, we would only sleep on the floor with a mat on it. We really had a hard life. I am very thankful.”

“The Landslide’s” path to that point began when he earned a place at the University of the Cordilleras, where he studied criminology, and then education.

His mother was delighted he would study at higher education and earn a degree that could be his ticket to a stable job, but she admits she had reservations about the way he got his scholarship – through wushu.

“When he told me about it, I wondered if he was capable of doing so,” she says.

“I asked him, ‘Can you really do that kind of sport, son?’ and he told me that he could, so I allowed him to compete.”

She need not have worried. After claiming gold medals in three SEA Games, their son switched his focus to mixed martial arts and reached the top of the sport by claiming the ONE Lightweight World Title for the first time.

When “The Landslide” claimed the belt for the Philippines in 2016, Mercedes was bursting with pride like never before.

“I was so happy because he won the belt. You can’t see the happiness that was in my heart when he won,” she says.

The Team Lakay star’s success – which has continued to this day – has made him one of the most famous athletes in the Philippines and led him to prosperity far beyond what his parents could have imagined.

Now that he has secured prosperity for his wife and two young children and helped the people who raised him have a better life, his parents are delighted, though his mother admits she still cannot help feeling nervous whenever he competes.

“I am so happy, but sometimes when he has a fight, I am also nervous, but I just keep on praying so that he would be victorious and I thank God for answering my prayers,” she adds.

Read more: Eduard Folayang’s Parents Inspired Him To Save Them From Poverty