Were Eduard “Landslide” Folayang any less of a true martial artist, he would not be standing as the ONE Lightweight World Champion today, and the Philippines would not have a national hero to rally behind. After all, there was a time in his decade of martial arts excellence when adversity appeared too difficult to overcome.

In December 2014, following a devastating knockout loss to Russia’s Timofey Nastyukhin at ONE: WARRIOR’S WAY on home ground in Manila, Philippines, the Team Lakay veteran contemplated retirement. He almost gave into his thoughts of complete and utter defeat. Admittedly, it was the toughest juncture of his professional career.

“After the knockout loss to Timofey [Nastyukhin], times became very hard. That was a difficult one to get over. I thought I was done,” he remembers. “The idea of giving up, the idea of retirement kept creeping up inside my head.”

The following twelve months, a year which saw Folayang disappear from the public eye, was even tougher for the martial arts veteran. “As much as I wanted to get right back inside the cage, I was on the shelf. Whenever you go through a loss like that, the months to follow will definitely be tough. I am going to be honest, I was ready to give up at that point.”

It was not until January of 2016, more than a year later, that Folayang resurfaced as a new man, with a mission to reach the pinnacle of the sport and to prove himself once again. 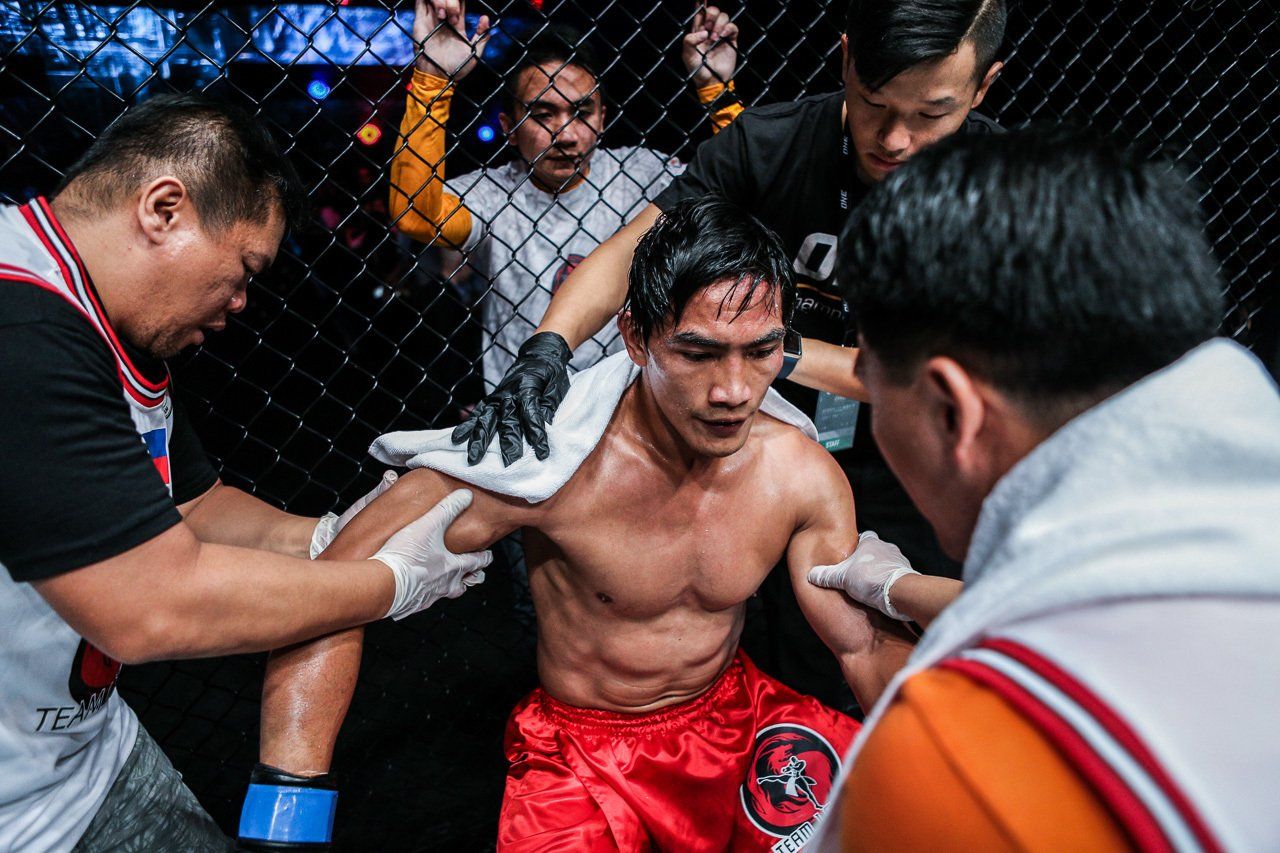 “Something inside me kept me from walking away from that cage. It was like a fire burning deep inside. I cannot explain it,” he says.

Despite the loss to Nastyukhin, the Baguio City native reveals that he knew deep within himself that he had to keep competing, despite the hurtful criticism he received from hundreds of detractors and naysayers, some of whom were even his own countrymen.

“I wanted to prove them all wrong. I wanted to change everyone’s train of thought. They said that because I was Filipino, because I was Asian, that I did not have what it took to beat the best in the world in martial arts,” Folayang continues. “I wanted to show them that if you believe in yourself and your capabilities, anything is possible.”

A resurgent “Landslide” would spend that year away from the cage honing his skills. He made large improvements in both his striking and grappling. Particularly, he focused on his wrestling, which he polished during frequent trips to the United States, where he went from gym to gym and learnt the tricks of the trade. 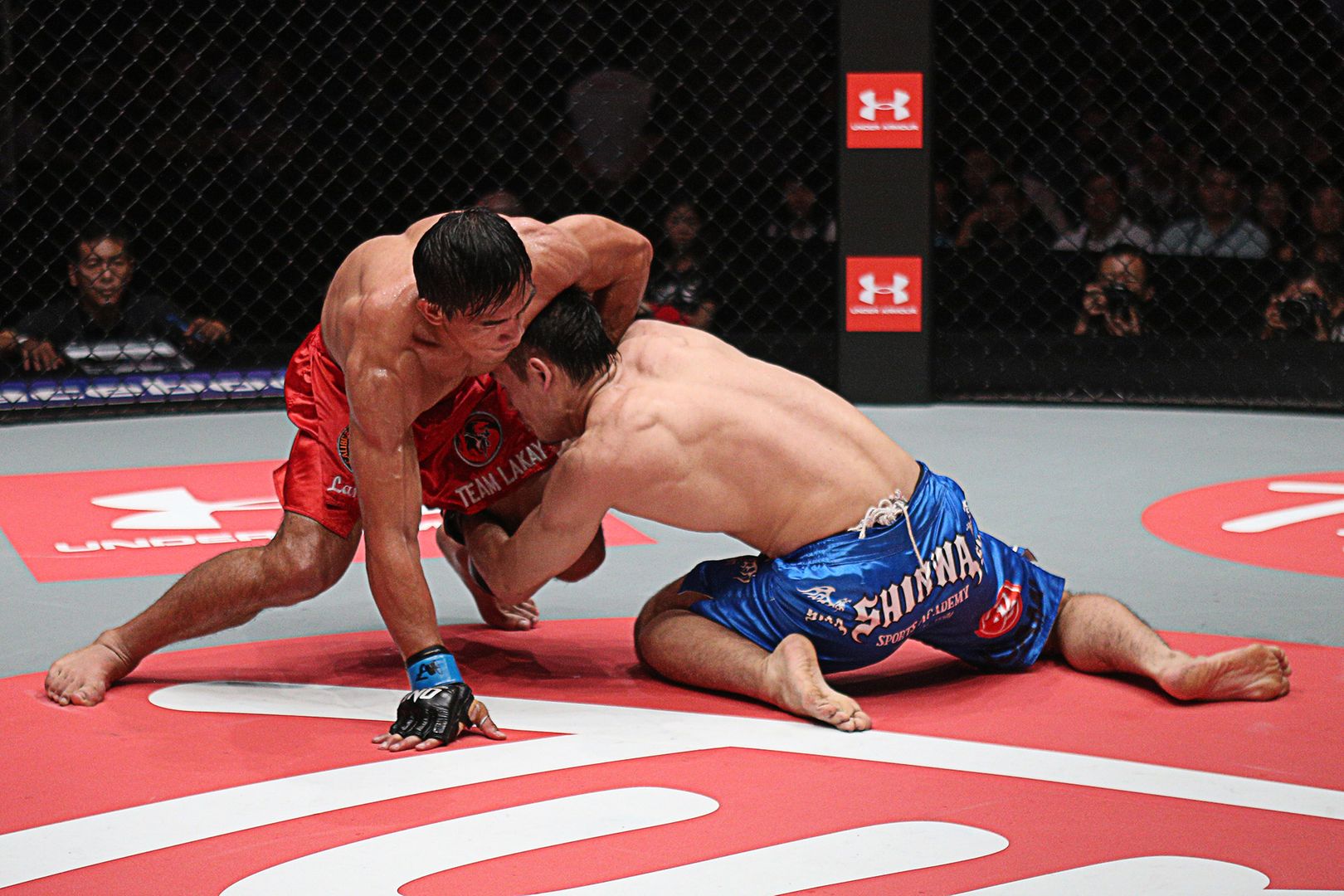 In his comeback bout against Tetsuya Yamada at ONE: CLASH OF HEROES in January 2016, Folayang put his newfound talent on full display and instantly impressed. Yamada, a Brazilian jiu-jitsu black belt, threatened with multiple submissions from all angles, but the Filipino emerged unscathed and earned the victory by clear-cut unanimous decision.

“Deep inside, I knew I had so much more to give. I did not want to walk away from the sport, and have the last thing people remember about me was getting knocked out like that. That is not the way I wanted to go,” he explains. “So I took some time off, gathered my thoughts, and reevaluated my career. I knew I had to go on, as a martial artist. I knew I had to persevere. I knew the best of me was still deep inside somewhere.” 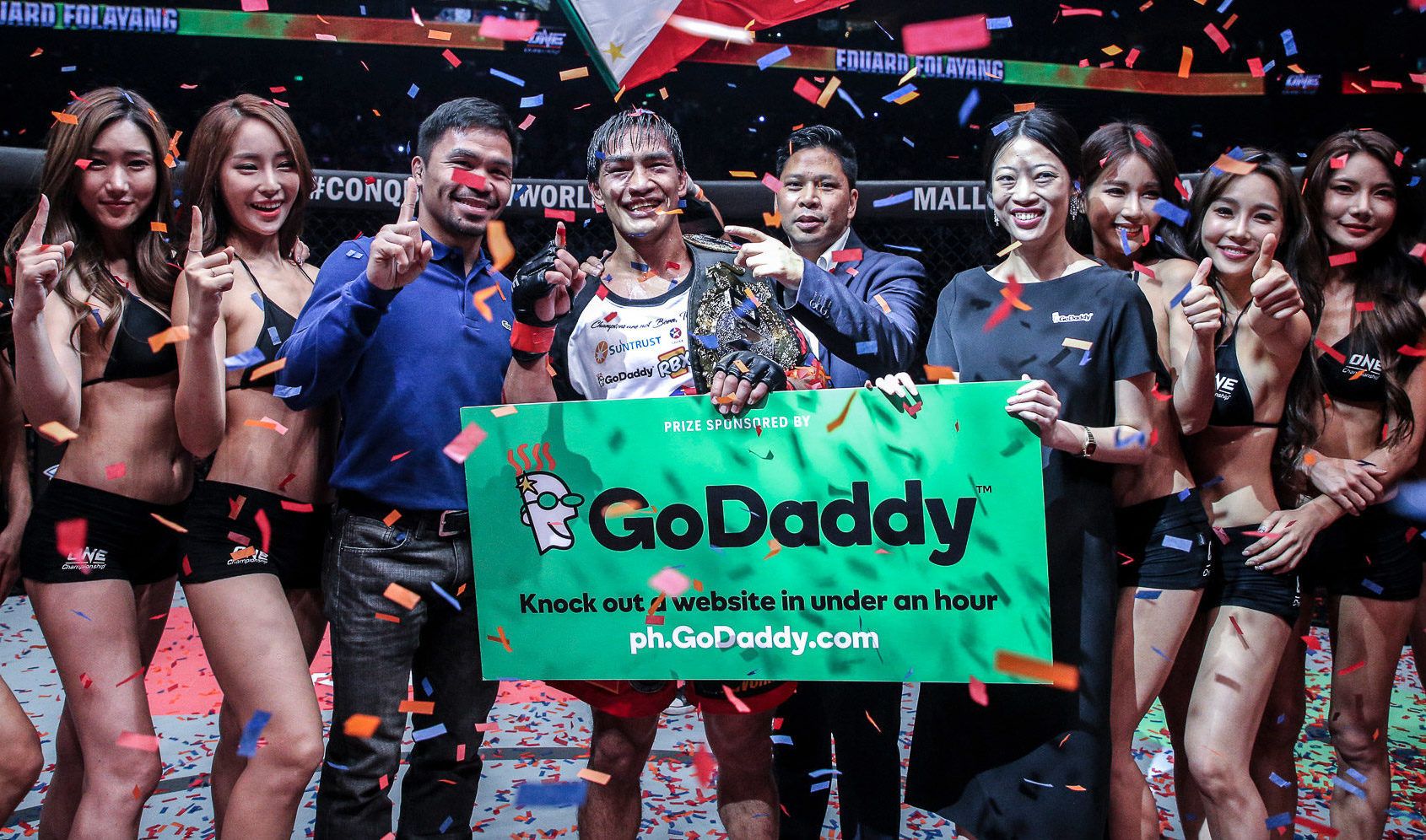 Today, Folayang is the reigning ONE Lightweight World Champion, and a beacon of inspiration for many. As the legendary eight-division boxing world champion Manny “Pacman” Pacquiao reaches the tail end of his career, the 33-year-old “Landslide” emerges as a new hope, and a new inspiration for a country in need of its sports heroes.

“Representing the Philippines and showcasing my skills is an honor for me. Filipinos are truly world-class. We have the ability to hang with the best, no matter what the field,” the lightweight world titleholder states.

“Whether it is martial arts, business, or medicine, Filipinos are capable and amazing. I wanted to prove this point. There were a lot of people who doubted my skills, they doubted if I was talented enough to compete against the world’s best.”

Posted by ONE Championship on Wednesday, October 4, 2017

Folayang never let that get into his head. He took that negativity, which so immediately surrounded him after that fateful night against Nastyukhin nearly three years ago, and turned it into motivation and positive energy.

“I used that positive energy to fuel my drive to get back up on my feet and keep on competing,” he explains. “I wanted to prove to everyone, to my fellow Filipinos, that with hard work, dedication and belief in oneself, that we can achieve anything.

“That is the message I wanted to send out to everyone who needed just a little bit of inspiration in whatever they were facing. I faced something just as difficult, and I survived. I wanted to show everyone that they could, too.”

Folayang’s next big test comes in the main event of ONE: LEGENDS OF THE WORLD on 10 November in Manila, when he defends his belt against ONE Featherweight World Champion Martin Nguyen.