Aung La “The Burmese Python” N Sang vs. Brandon “The Truth” Vera is the perfect main event for the biggest martial arts event in history.

Next Sunday, 13 October these two World Champions will play out the final act of ONE: CENTURY PART II, and it practically guarantees highlight-reel action.

Both men are proven finishers at the top level who have claimed 34 of their 40 combined wins via stoppage, so a single blow could end the contest in an instant. However, that means these two finishers will have to be smart about engineering their bout-ending opportunities to avoid falling victim to their rival’s best weapons.

Take a look at how “The Burmese Python” and “The Truth” could prime themselves for success inside the Ryogoku Kokugikan.

Aung La N Sang’s right hand has been a key factor in his recent dominant streak. He used it to dispatch Mohammad Karaki and Ken Hasegawa twice in his recent run of finishes, but many other opponents have also felt its force.

He has many ways to set it up, but it is particularly potent as a counterstrike. Vera likes to throw a looping left hook, and could give the man from Myanmar a prime opportunity to quickly step in with a cross, or launch his thunderous uppercut.

The ONE Middleweight and Light Heavyweight World Champion will face a man that traditionally campaigns at heavyweight, but the power in his hands is enough to fell an opponent from any division.

Vera is a huge threat when his opponents try to charge him down, as the likes of Paul Cheng and Mauro Cerilli found out to their detriment.

The experienced Alliance Training Center representative has the skill to evade strikes when his rivals push forward, and he can counter hard from either stance. In orthodox, the left hook is his weapon of choice, and from southpaw, his straight left is accurate and devastating.

Both rely on the momentum of his opposite number, and this could allow him to use “The Burmese Python’s” aggression against him to steal his ONE Light Heavyweight World Title.

Aung La N Sang will be confident in his ability to push the pace throughout the five scheduled rounds, should it go that far.

“The Burmese Python” has been into the fifth round three times in his seven bouts since 2017. In his epic match at ONE: SPIRIT OF A WARRIOR, the 34-year-old showed he has what it takes to go toe-to-toe at a high pace into the championship rounds, and still find the energy to land a late KO blow.

In contrast, Vera has only entered the Circle four times since he debuted in ONE in 2014, and he has seen just eight minutes and 35 seconds of action during that time.

It has also been more than six years since “The Truth” has even seen the third round, so the longer the match-up goes, recent history suggests the Hard Knocks 365 representative’s chances of winning will increase.

Despite his lack of activity, Vera has plenty of experience, and if the contest does stretch into the second round and beyond, he has a formidable kicking game that could allow him to sap his adversary’s energy.

“The Truth” switches stance to land hard inside and outside low kicks on orthodox opponents, and his crushing left kick to the body is a surefire way to rapidly deplete his opponent’s gas tank. Even if they do not slow him down straight away, the damage will accumulate and really start to take its toll as the minutes tick away.

This strategy might just be essential for the ONE Heavyweight World Champion. He may have blitzed his previous rivals early in The Home Of Martial Arts, but against a teak-tough competitor like “The Burmese Python,” he knows he may have to lay the groundwork before he closes the show.

If the defending ONE Light Heavyweight World Champion gets caught up defending himself below the neck, he could leave his head open to the Filipino’s concussive punches and high kicks. 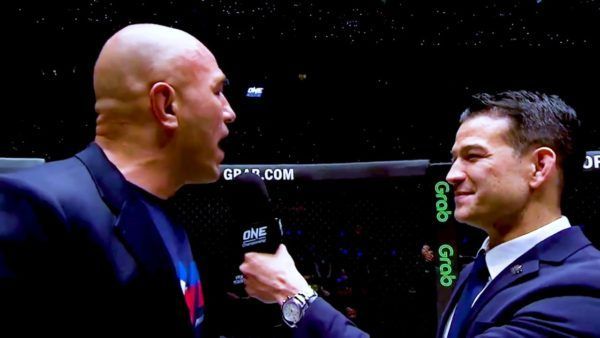