Just a few years ago, Amir Khan thought he was more likely to achieve sporting success on the fairway instead of in the cage.

The Singaporean was a keen golfer, practicing to compete at a high level, At the same time, he was building the foundations of his mixed martial arts game.

As he became a man, his ultimate goal seemed to be hitting hole-in-ones instead of knockouts, but some guidance from his father put him on the path to greatness in ONE Championship.

“When I was 18, my dad told me, ‘You can’t be great if you focus your energy on both golf and martial arts. You’ll just be mediocre at both,’” Khan says.

“We had a long discussion and he told me to choose one, so I said golf.

“Golf made more sense because it makes more money. And then he told me, ‘Okay, if money was out of the picture, which would you choose?’”

True to his passion, Khan’s only answer could be martial arts, so that is the path he chose.

It was a decision that paid off handsomely, because the Singaporean is now making a living as one of the most successful competitors in ONE Championship’s lightweight division.

If he can defeat Honorio “The Rock” Banario at ONE: BEYOND THE HORIZON in Shanghai, China on Saturday, 8 September, he will move a step closer to achieving more than he could have imagined with clubs – and could soon become a World Champion. 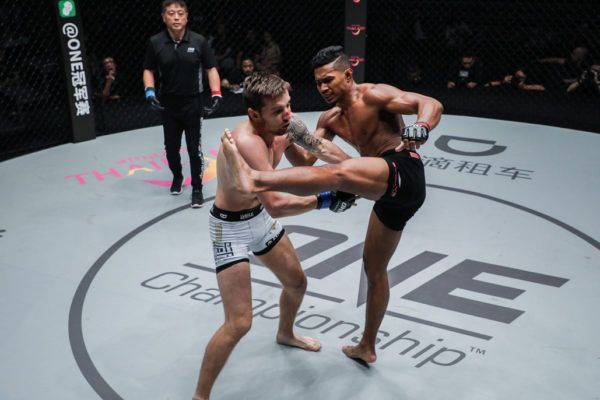