Agilan Thani Training In America To Put Championship Loss Behind Him Agilan “Alligator” Thani’s career was on an upward trajectory.

Ever since making his professional mixed martial arts debut in 2013, the 22-year-old Malaysian had decimated the best welterweight competition in Asia. He won all of his first seven matches by either submission or TKO, and built an almost-invincible air of confidence along the way. The Kuala Lumpur resident nearly ascended all the way to the top.

On 26 May, Thani’s juggernaut of forward momentum crashed. At ONE: DYNASTY OF HEROES, Thani challenged Ben Askren for the ONE Welterweight World Championship, but could not stop the American Olympic wrestler.

Askren took the Malaysian down, controlled the top game, and tapped him out via arm-triangle choke in the first round. It was Thani’s first-ever loss.

In a matter of two minutes and twenty seconds, everything Thani had worked so hard for collapsed. That confidence he once possessed had crumbled, and was replaced with self-doubt.

“I was on an emotional rollercoaster,” he begins. “When I saw Askren, I was starstruck. I was fighting someone who is one of the greatest in the world, and I did not believe in myself as much as I should have.”

Now, Thani is ready to move forward, and leave the past behind. Or, in his own words, “I am trying to work back to winning and ride that horse again.” 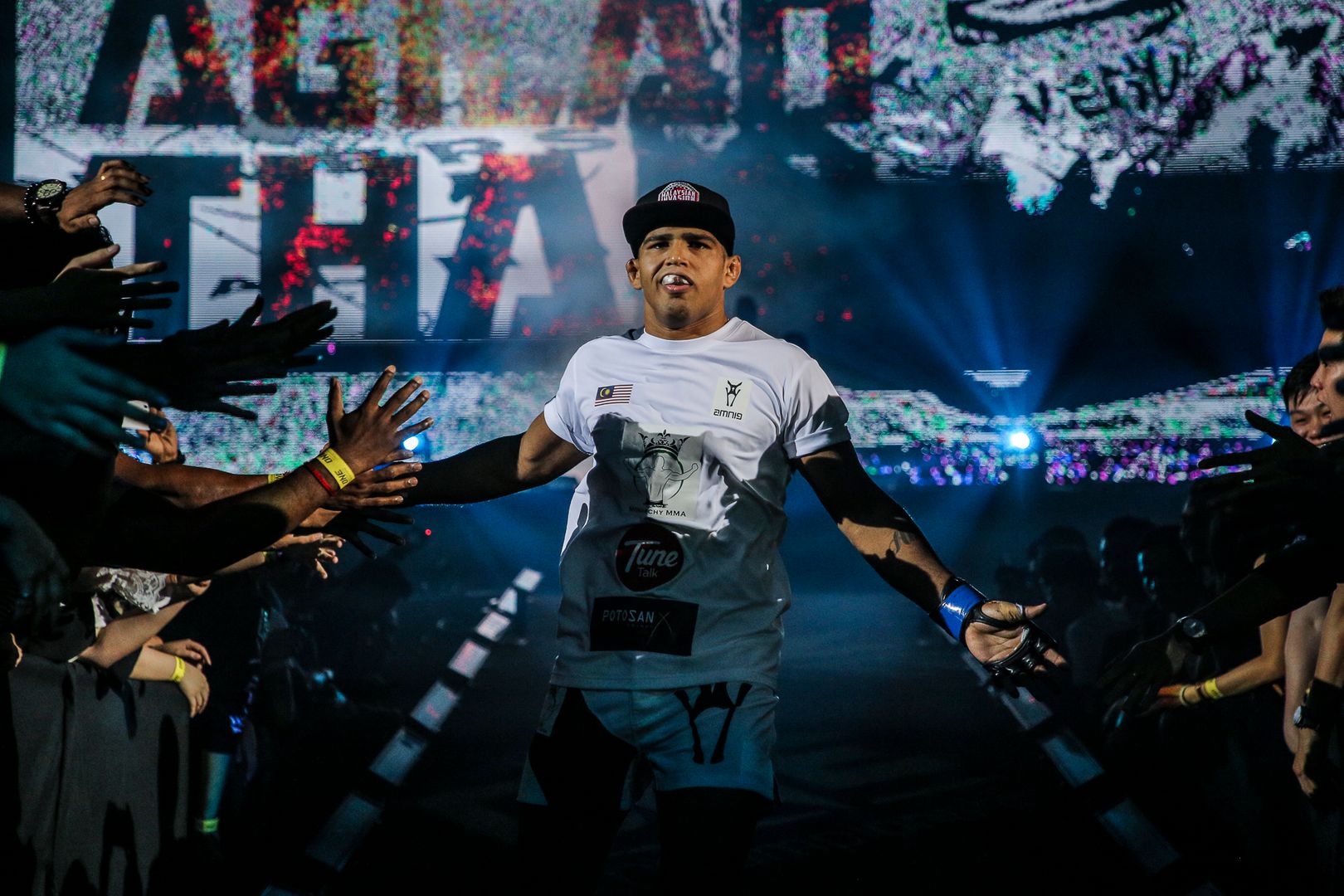 On Friday, 18 August, he will square off against Egyptian Top Team’s Sherif “The Shark” Mohamed (8-3) at ONE: QUEST FOR GREATNESS, which takes place at the Stadium Negara in Thani’s hometown of Kuala Lumpur.

Sherif is a national wrestling and kickboxing champion who has four submission wins and four knockouts to his credit. In his promotional debut this past January, he fell to Igor Subora via unanimous decision in a light heavyweight contest, but has decided to drop down and swim in more suitable welterweight waters.

Despite the Egyptian’s loss, Thani is not taking him lightly. “He is a very good opponent, and he seems to have very good takedowns. I am not underestimating him. He is pretty game, but I have a clear strategy for him,” the Malaysian says.

“I predict to finish it as fast as possible. My strategy is always the same — try to take you down and submit you, or ground and pound you.”

Though the man called “Alligator” usually conducts his training camp at his home gym, Monarchy MMA in Kuala Lumpur, he opted to focus his efforts in Temecula, California, this time around with the world-famous Team Quest.

While training schedules tend to vary, Thani’s mornings are spent with the professional team. It starts with a two-hour session concentrated on wrestling, grappling, and mixed martial arts sparring or shoot boxing, depending on the day. He will return to his quarters around 1pm, relax for a few hours, and then head back to the facility to participate in some evening group classes, be it jiu-jitsu, kickboxing, or strength and conditioning.

Thani tries not to train for more than four hours every day, because he wants to “limit as much as I can, so I can feel fresh going into practice.”

Aside from adding new tools to his skill set, another benefit the Malaysian gets is the chance to interact with multi-division mixed martial arts world champion Dan Henderson, and all the other hungry athletes who call Team Quest their home.

“Dan (Henderson) comes in to watch the practices every now and again. It is always a good feeling to be coached by him,” Thani says. “Obviously, he has the most experience out of all of us, and it is just a good vibe there. We have a good bunch of people who do a lot of training and have a lot of knowledge to work with.”

Thani will return to Kuala Lumpur just in time for fight week, and he will return with more knowledge and his self-confidence rebuilt. No longer starstruck or haunted by the loss of Askren, this “Alligator” is ready to get back on the winning track, and restart his title momentum.