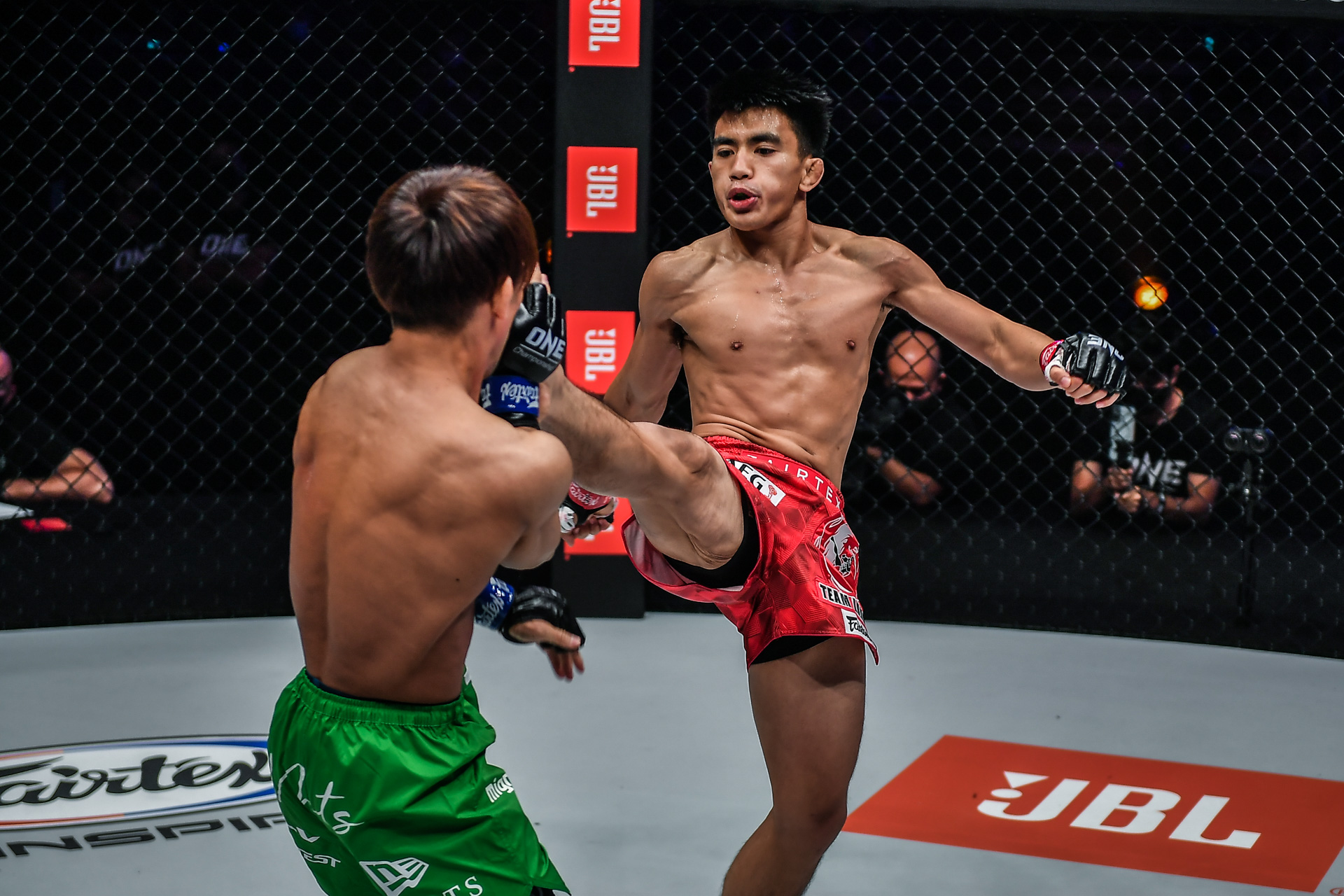 ONE Championship will finish the year with a bang, as ONE 164 marks the organization’s final event of 2022.

This Saturday, December 3, fans at the Mall of Asia Arena in Manila, Philippines, will be treated to an entertaining card loaded with the promotion’s most exciting MMA and Muay Thai fighters.

From the long-awaited World Title showdown in the main event, all the way to the action-packed matches that populate the lead card, ONE 164 promises to deliver fireworks from beginning to end.

With that said, here are five reasons why you need to watch ONE 164 this Saturday.

Headlining ONE 164 is a long-awaited ONE Strawweight World Title clash between two elite MMA fighters who simply don’t like each other.

Well over a year since he last stepped into the Circle, reigning strawweight king Joshua “The Passion” Pacio will put his belt on the line against brash American sensation and #1-ranked contender Jarred “The Monkey God” Brooks.

The bout was originally slated to take place in June, but it was postponed due to a scheduling conflict. Since then, the two have traded barbs on social media, adding even more fuel to the fire.

With two of the speediest and most dynamic MMA fighters in the world, this battle for strawweight gold is combat sports at its finest. And with so much emotion involved, fans shouldn’t expect Pacio or Brooks to hold anything back.

The co-main event will see familiar foes duke it out for the eighth time in their illustrious careers, as #1-ranked flyweight Muay Thai contender Superlek Kiatmoo9 and #2-ranked Panpayak Jitmuangnon square off in the ONE Flyweight Muay Thai World Grand Prix Championship Final.

Both men scored spectacular knockouts in their respective semifinal bouts at ONE on Prime Video 1 this past August, and each will now look to earn a World Title shot and the prestigious silver belt in the tournament’s finale.

Currently, Panpayak leads their series 4-2-1, but “The Kicking Machine” is carrying more momentum into this clash.

In their seventh and most recent meeting in July 2020 at ONE: NO SURRENDER, Superlek used his venomous kicking game to earn a decision win over “The Angel Warrior” in a three-round war, giving fans a taste for the high-level Muay Thai action they’ll witness on Saturday.

#3 The Heavyweight Fight That’s Been Years In The Making

Ever since he signed with ONE Championship in August 2020, Iranian superstar Amir Aliakbari has been calling for a fight with former ONE Heavyweight World Champion Brandon Vera, confident that his world-class wrestling and crushing strength will carry him against the veteran.

For “The Truth,” this is a huge moment in his career. The Filipino-American wants to make a statement in this bout and use Aliakbari to springboard himself to a World Title rematch. However, if Vera were to lose, he could very well leave his 4-ounce gloves in the middle of the Circle.

Don’t blink when these two titans meet. Their fight has the makings of a heavyweight classic.

#4 The Return Of Team Lakay

In many ways, ONE 164 will serve as a showcase for one of Asia’s most prominent teams.

The Baguio City-based Team Lakay has produced a number of ONE Championship’s biggest and brightest stars – some of whom will be in action this Saturday.

Known for their flashy, wushu style of striking and surprisingly strong wrestling, Team Lakay fighters Jenelyn Olsim, Jeremy “The Juggernaut” Pacatiw, former two-time ONE Flyweight World Champion Geje Eustaquio, and the aforementioned Pacio will all be competing in pivotal matchups, hoping to display their fan-friendly approach to fighting.

Senegalese Wrestling Champion “Reug Reug” Oumar Kane will face his most formidable opponent yet in a lead card heavyweight MMA bout that every fan should have circled.

Coming into this fight following a brutal knockout of Batradz Gazzaev at ONE 161 this past September, Kane hopes to ride that wave of success against undefeated Uzbekistani bruiser Jasur Mirzamukhamedov.

With a combined weight of well over 500 pounds, “Reug Reug” and “White Tiger” are two colossal heavyweights who are eager to move up the ladder, and fans won’t want to miss a moment of what happens after the Circle Door locks.