Joshua “The Passion” Pacio is the youngest athlete to ever win the ONE Strawweight World Title – and on Friday, 31 January, the Filipino added a new accolade to his record book.

Pacio became the first man ever to defend the division’s gold two times in a row after defeating Alex “Little Rock” Silva by split decision at ONE: FIRE & FURY at the Mall Of Asia Arena in Manila, Philippines.

Silva brought his Brazilian Jiu-Jitsu skills to the contest as soon as the bell for round one rang. He closed the distance and tried to pull guard to get his Filipino foe to the ground, but “The Passion” was wise to the threat and retreated.

Pacio then peppered his rival with a barrage of uppercuts, knees, and kicks. He even threatened “Little Rock” with a guillotine choke to show the Brazilian he could not shoot in with impunity. The Brazilian kept pressing, however, and he managed to drag the defending World Champion down – but he was unable to score on the ground.

Both men had laid out their plans in the opening round, and their agendas were clear going into the second stanza. Pacio chopped away with low kicks and sent his right knee and uppercut through the middle of Silva’s guard. “Little Rock” timed a takedown off another knee, pulled guard again, and then swept his way to the top position from deep-half guard. 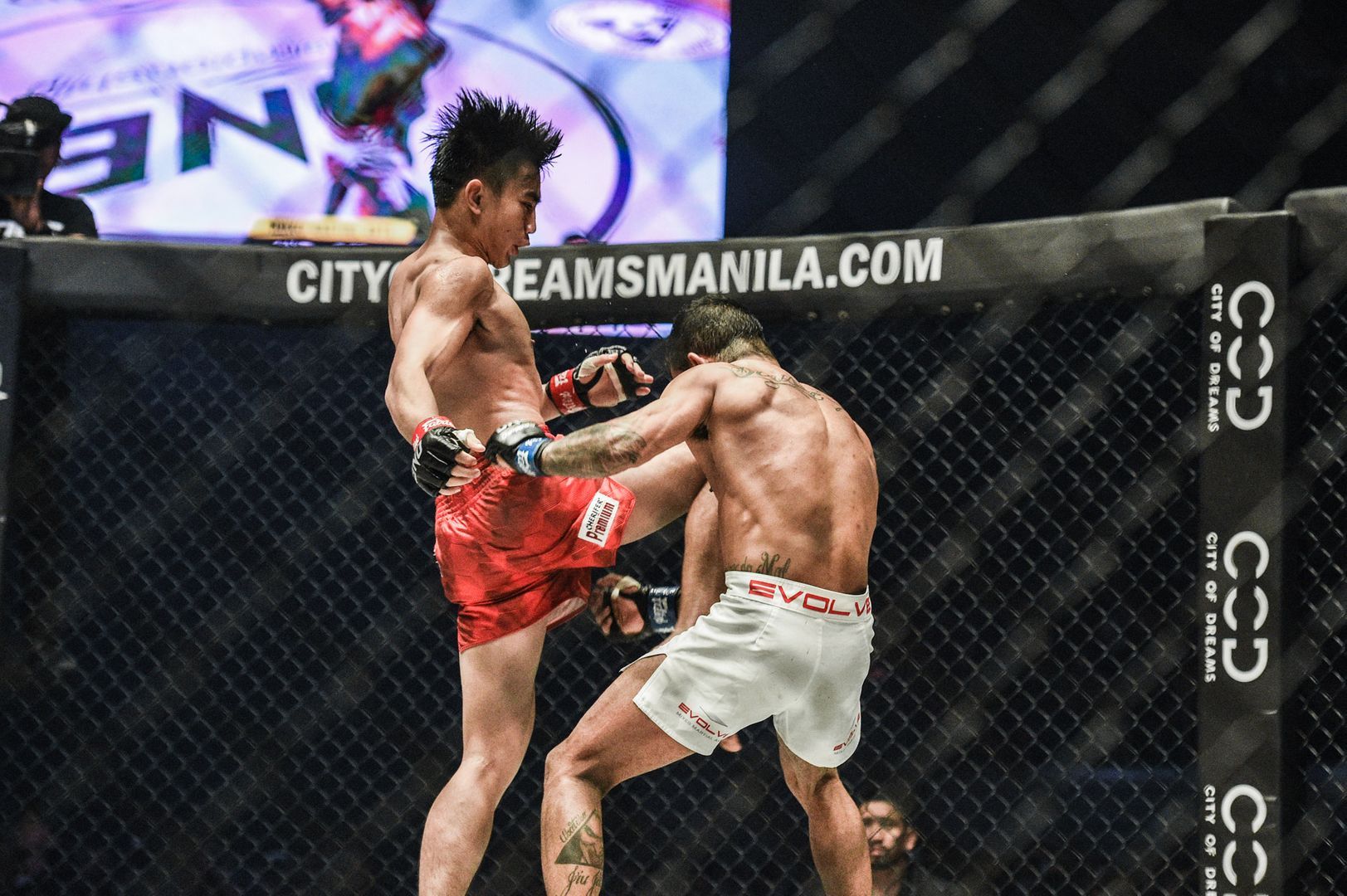 The ONE Strawweight World Champion eventually freed himself, but Silva’s timing was on point and he caught another kick to land back on top. The Evolve athlete came close with an arm-triangle choke, but “The Passion” squirmed free and made it to the end of the round.

Going into round three, it was evident the Filipino made small adjustments as he began working behind his boxing. He scored with a jab-uppercut combination and threw his trademark knee when the time was right.

Silva continued to press forward though, and after a few failed attempts, he took his foe to the canvas from the clinch. Pacio escaped and ended the round with hard kicks, but only after eating a knee for his troubles. 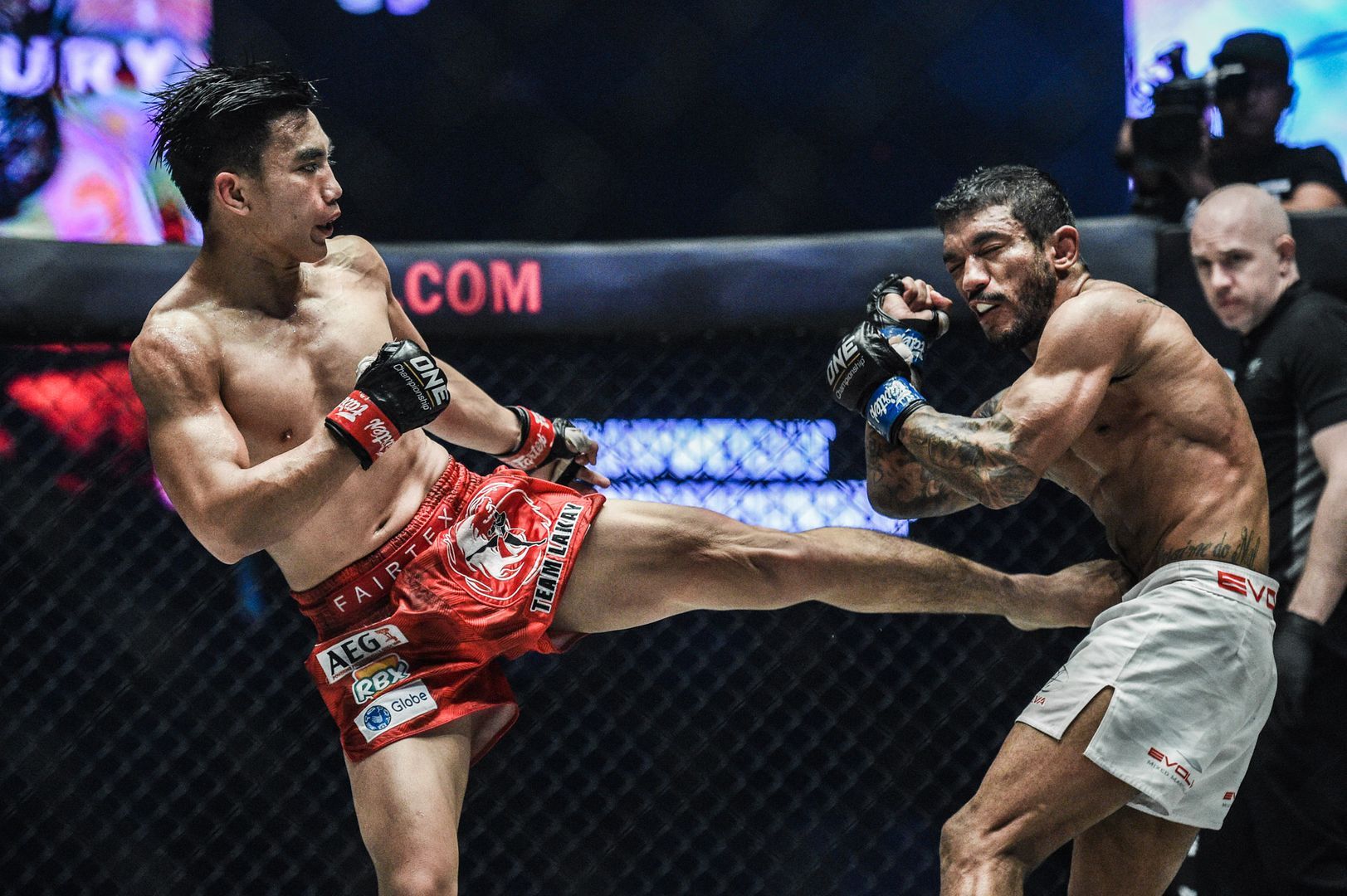 The 23-year-old Baguio City native realized his uppercut had been effective and went back to it in the fourth round. In return, the BJJ specialist pulled guard, but Pacio stayed tight inside then escaped off the back of a kneebar attempt.

The Team Lakay standout countered Silva’s looping shots with punches and kicks on the feet to continue to add to his striking superiority.

The challenger came on strong in the final stanza. He landed a takedown off Pacio’s jumping knee attempt, evaded a guillotine, then chipped away from inside “The Passion’s” guard. 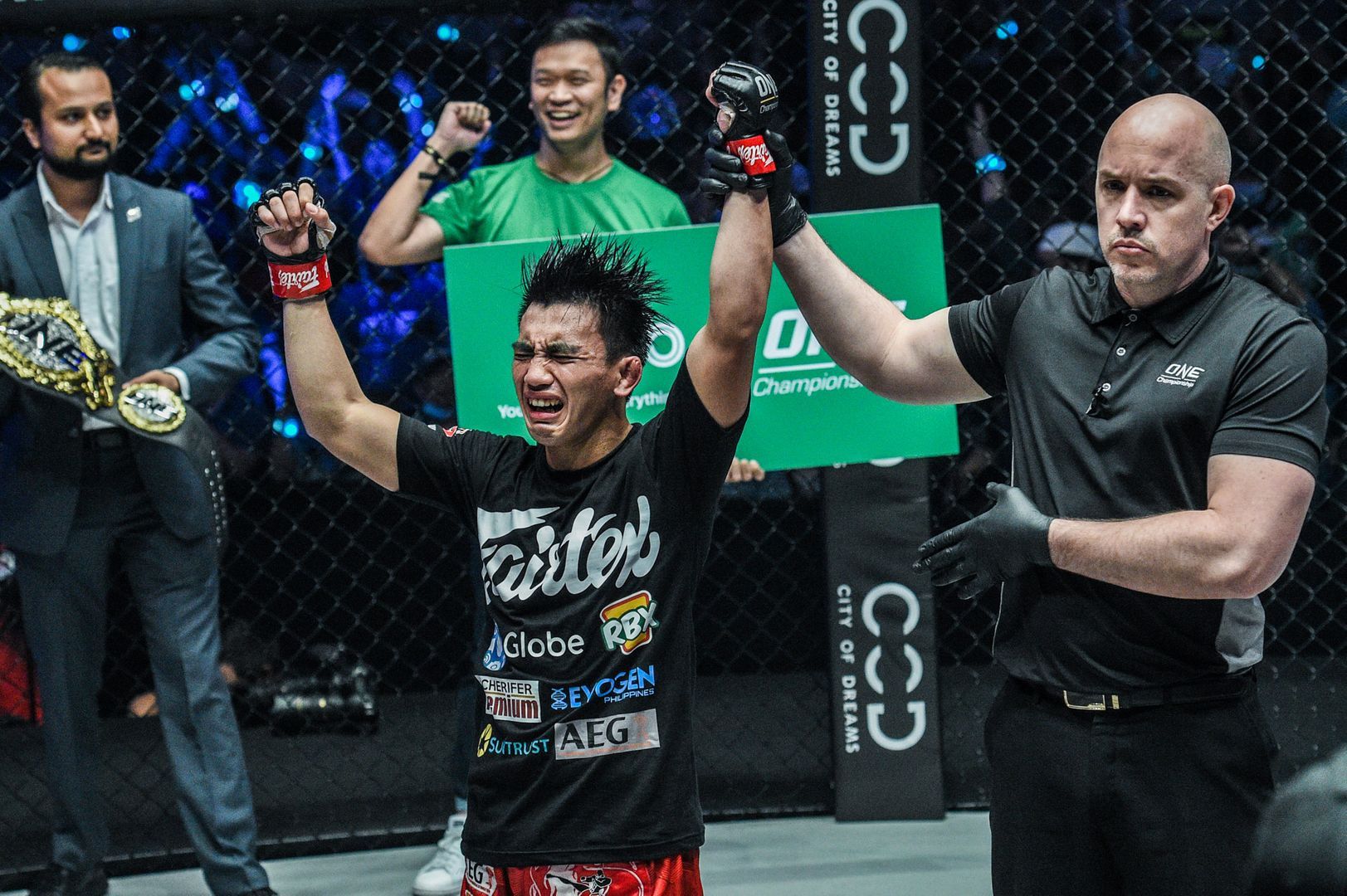 Pacio worked back to his feet, then got taken down again with a single-leg, but Silva could not land anything significant in the fading moments of round five.

Two of the three judges scored the bout for the reigning ONE Strawweight World Champion, moving Pacio’s record to an impressive 16-3 in mixed martial arts.