Jeremy “The Juggernaut” Pacatiw promised to leave a lasting impression in his long-awaited ONE Championship debut.

And at ONE: BATTLEGROUND, he did not disappoint.

The Filipino scored an impressive unanimous decision win over “The Ghost” Chen Rui in their three-round bantamweight mixed martial arts bout at the Singapore Indoor Stadium on Friday, 30 July. 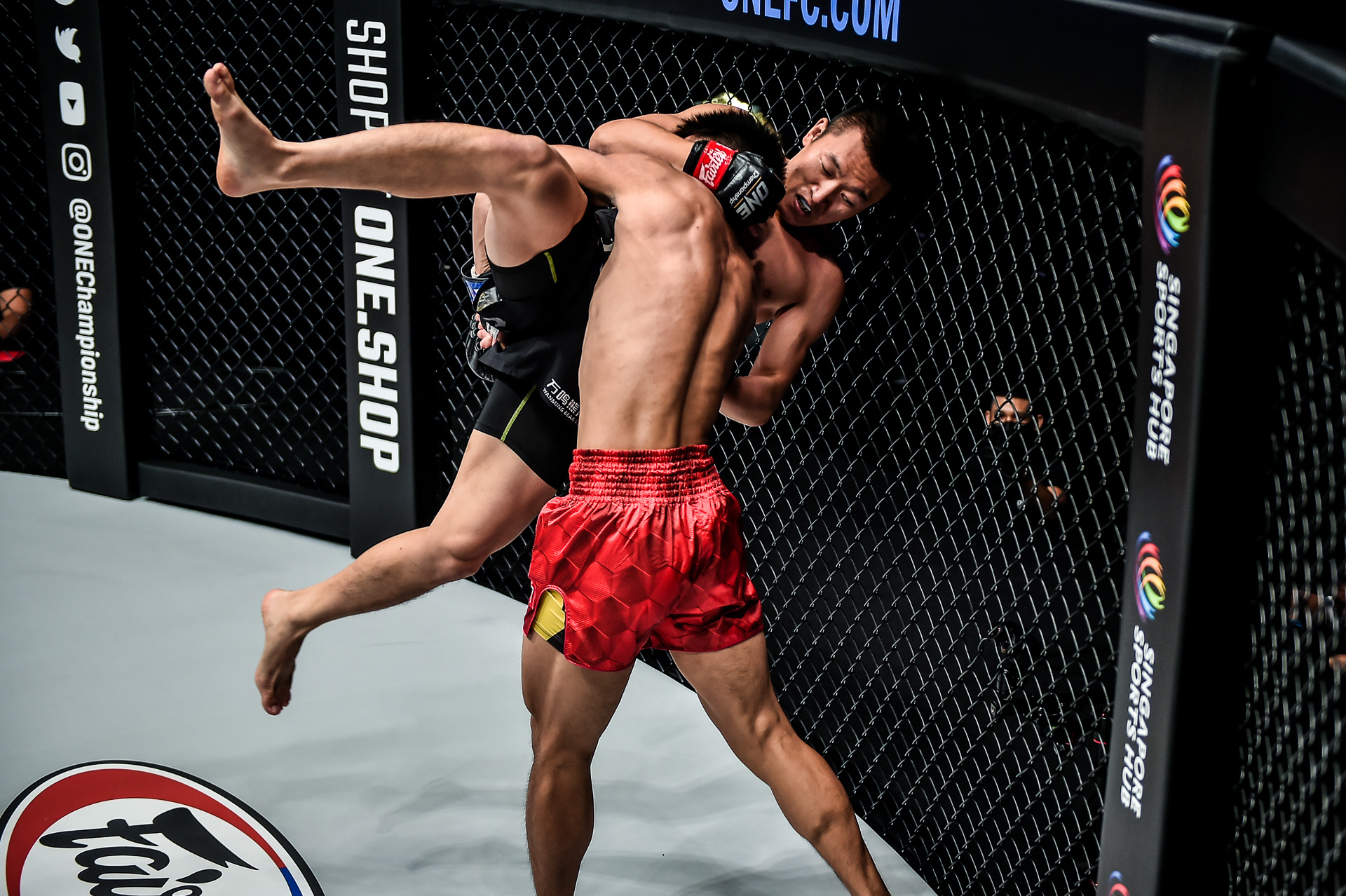 The latest Team Lakay star on the ONE roster showcased his versatility early on, as he pressured Chen in the middle of the Circle and connected with some crisp right hands to set the tone. And just when “The Ghost” was getting comfortable on his feet, the Filipino quickly changed gears and shot for a double-leg takedown before slamming his foe to the mat.

On the ground, the 25-year-old “Juggernaut” quickly took Chen’s back and softened him up with blows to the side of the head as he positioned himself for a rear-naked choke. After a few more punches, Pacatiw finally wrapped his arm around the Chinese athlete’s neck, though it wasn’t deep enough to threaten a finish.

The Ashura Fight Club representative tried to roll out, but Pacatiw clung onto his back and continued to pressure. He then changed up his strategy and tried to mount his rival, but Chen used that as an opportunity to finally break away from the hold.

Once on the feet, Pacatiw continued to frustrate his rival by dancing around him and occasionally throwing a jab-overhand combo, which kept “The Ghost” at bay. The round ended with Chen throwing a body kick, which hit nothing but air. 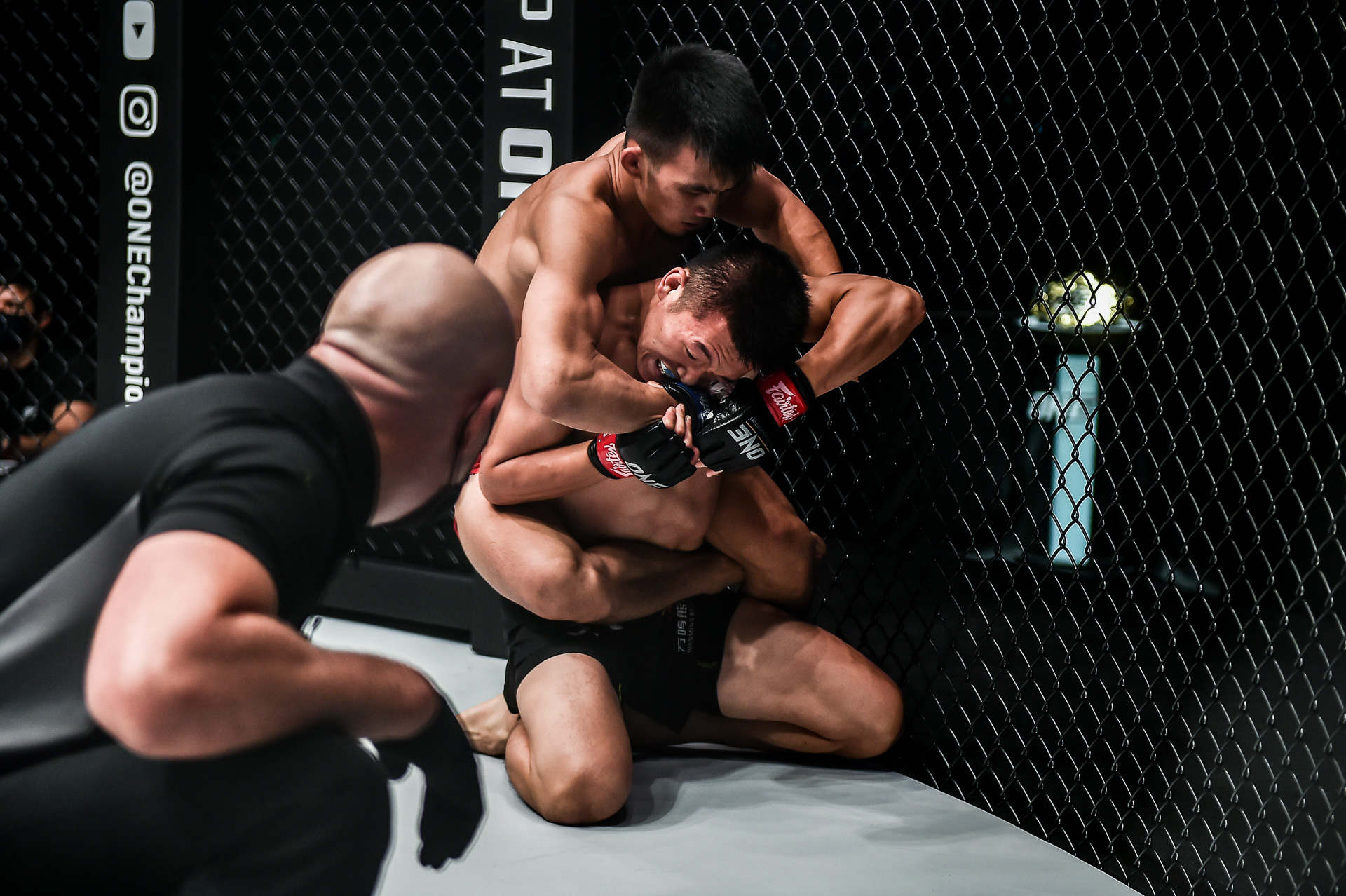 The second round opened with Pacatiw throwing wild kicks that Chen easily avoided. The Chinese athlete then countered with an overhand right, which also missed, before Pacatiw tried for another takedown that was stuffed.

After Pacatiw went head-hunting to no avail, Chen caught his foe’s kick and connected with a clean right. For a moment, this seemed to change the tide for the Chinese fighter, who began cornering Pacatiw. But the Filipino was not to be pushed back.

Instead, “The Juggernaut” engaged Chen with a flurry, and then he changed levels again, hit a takedown, and landed in the Chinese bantamweight’s guard. He then moved to half-guard and attempted an arm triangle, but “The Ghost” swept him and took top position.

Showing Team Lakay’s newfound confidence in the ground game, Pacatiw pushed Chen out with a kick before going for his leg. “The Ghost” countered by taking Pacatiw’s guard, which caused “The Juggernaut” to reach for the guillotine choke. The submission was unsuccessful, leading Chen to finish the round on top of the Filipino. 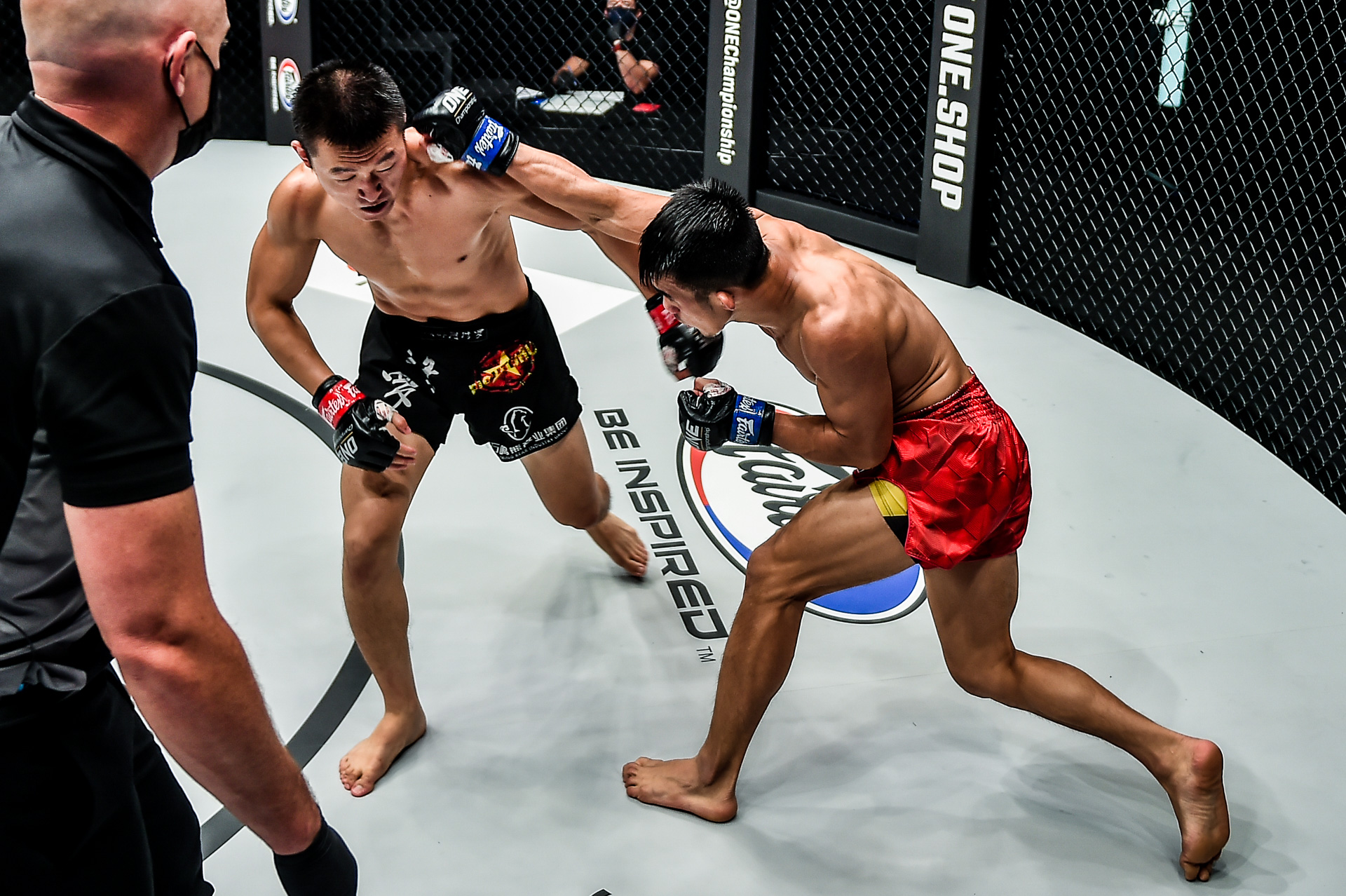 The third round started on a bad note for Chen, as Pacatiw’s inside leg kick found his groin, causing an injury timeout. That seemed to fire up “The Ghost,” as he came out of the break aggressively, though Pacatiw’s movement continued to frustrate him.

“The Juggernaut” then began working on his opponent’s legs, before proceeding to shoot for another takedown, which Chen read well. The Filipino continued to dance around his opponent, prompting referee Olivier Coste to call for more action.

The round hadn’t started well for “The Ghost,” but he ended it by defending a takedown attempt and then throwing a flurry of strikes and putting Pacatiw in the corner just as time expired. 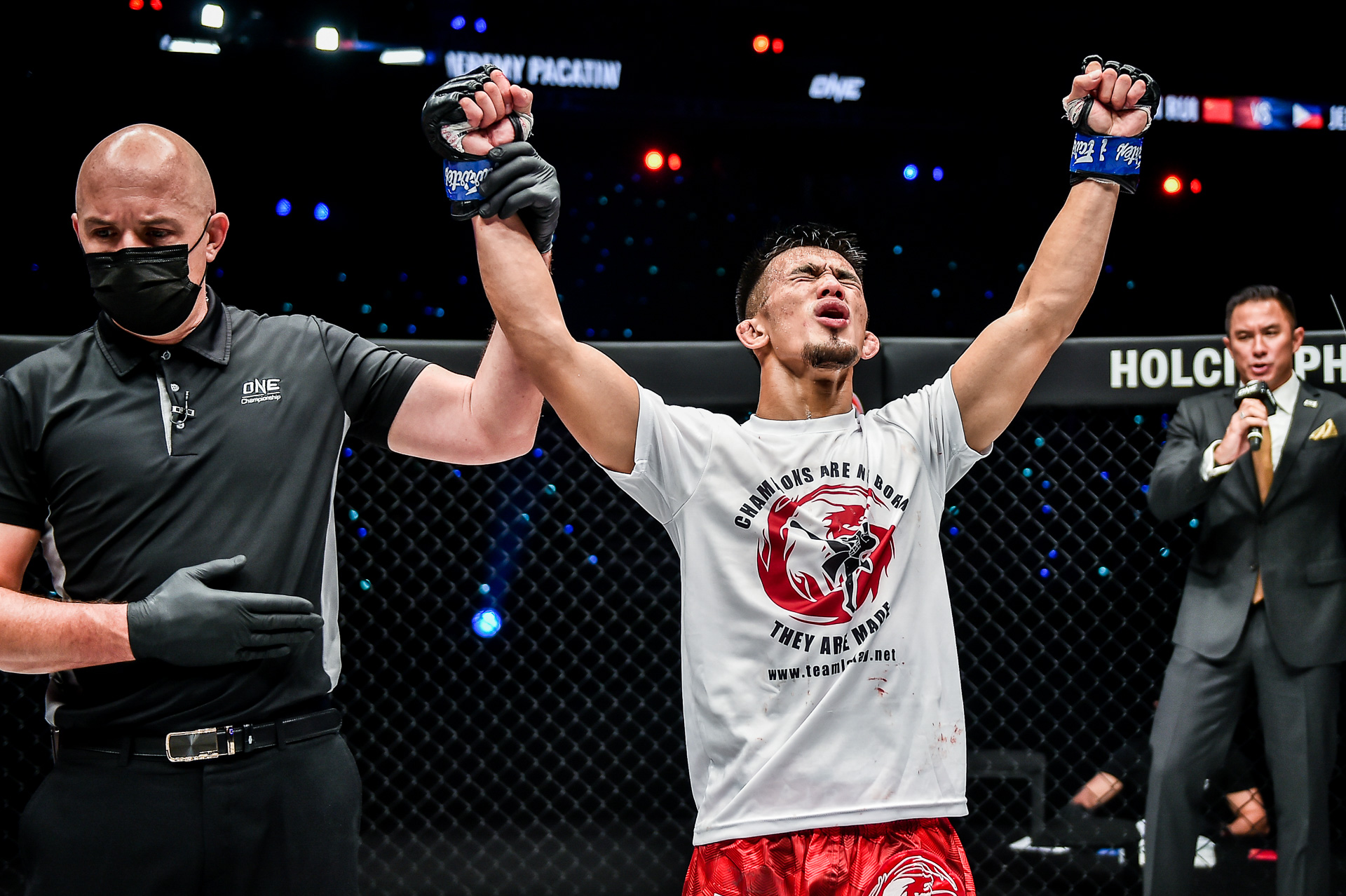 Those final moments were not enough for Chen, however, as Pacatiw’s solid work on the feet and his dominant positions on the ground in the first two rounds convinced the judges to award him the unanimous decision.

With the win, Pacatiw improved to 11-4 and lived up to the expectations bestowed on the next generation of Team Lakay stars, led by ONE Strawweight World Champion Joshua “The Passion” Pacio.