Felipe “Demolition Man” Lobo stepped into his ONE Super Series debut with less experience than his opponent, but he made up for it with in-ring IQ.

The 27-year-old technically dismantled Yodpanomrung “Lightning Knee” Jitmuangnon en route to a split decision win in their Muay Thai bantamweight bout at the previously recorded ONE: A NEW BREED III, which aired on Friday, 18 September, from Bangkok, Thailand. 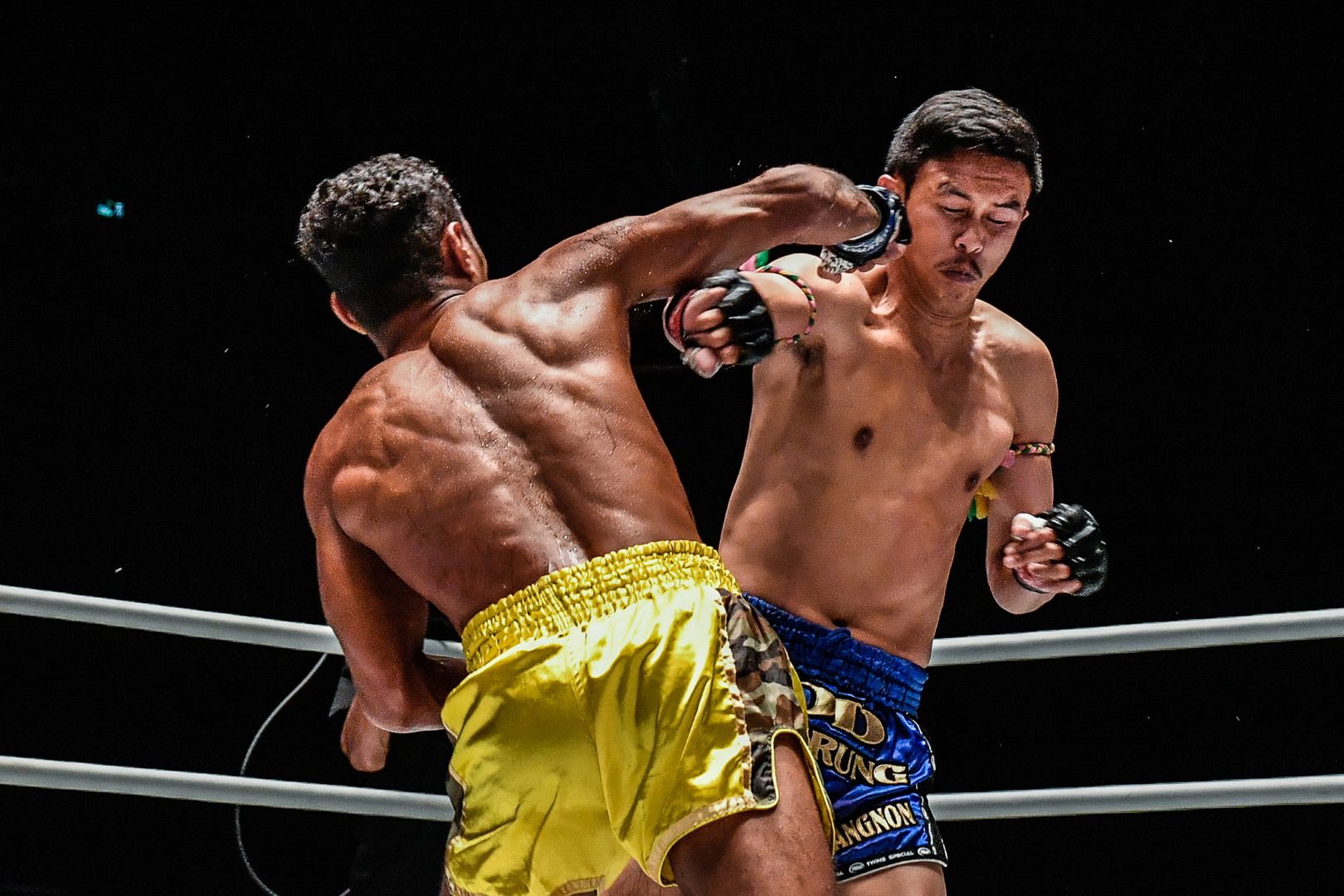 In round one, “Demolition Man” tore into his rival’s thigh with low kicks before delivering a straight right that rippled his body. Yodpanomrung lunged in with a knee, but Lobo wrapped up the leg and swept him.

Once back on his feet, the Thai fired off body kicks, but none of them stifled the Brazilian. Moreover, whenever “The Lightning Knee” got into the clinch, Lobo wrapped his arms around the Thai’s waist and bent him backward or used his shin to prevent Yodpanomrung from attacking.

After taking a left hook and an overhand right at the start of round two, Yodpanomrung nodded his head and marched into the fray. The Thai veteran attempted to score with kicks to his rival’s body, but “Demolition Man” caught most of them and returned with piston-like right hands. 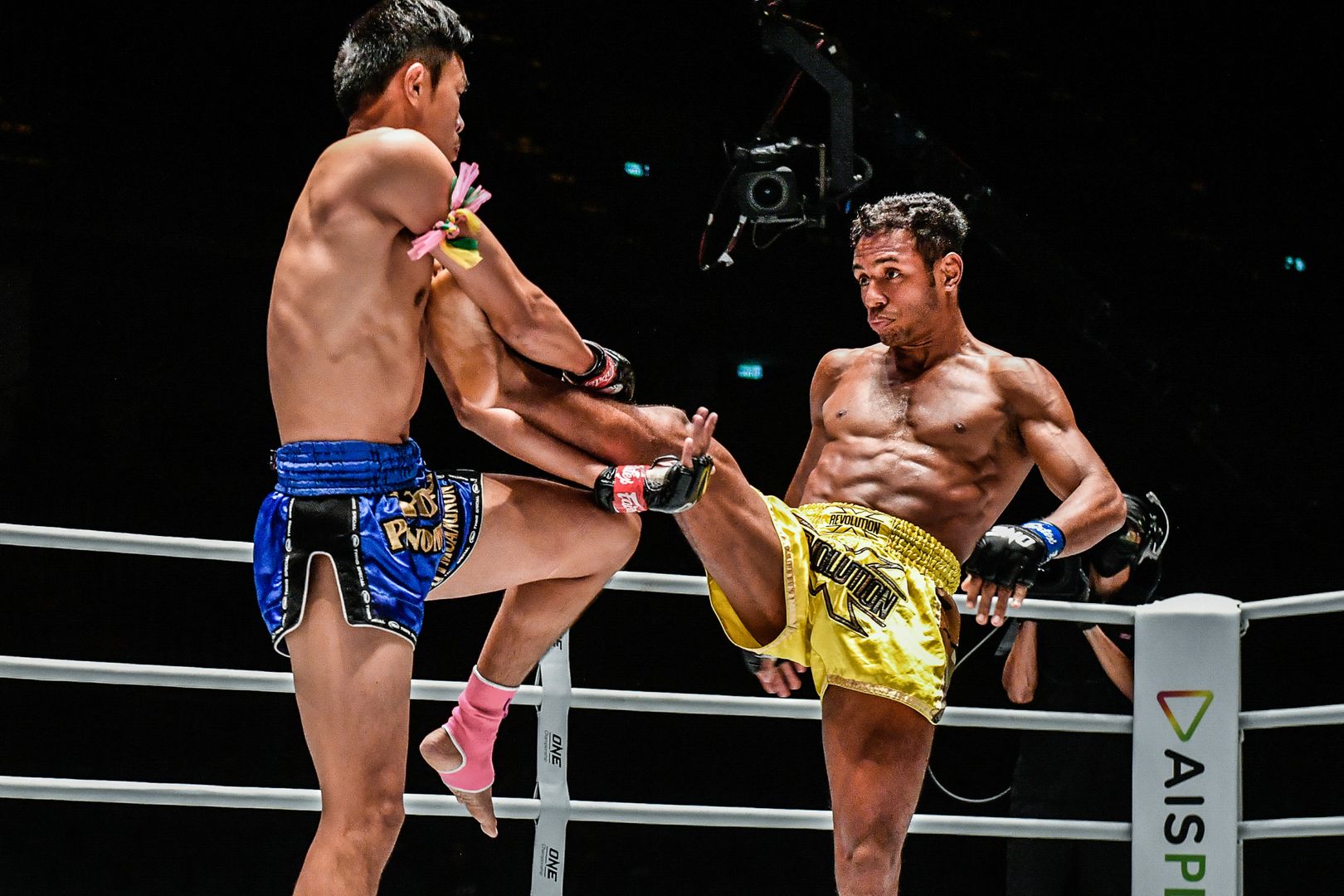 Yodpanomrung managed to slow Lobo down with low kicks, and when the two men locked horns, he connected with knees. The final minute of the round played out like a chess match between Yodpanomrung’s kicks and Lobo’s punches.

The Thai’s aggressive start to round three forced Lobo to use the same punches that had worked earlier – shovel hooks, overhand rights, and looping lefts. The Brazilian also backed the Thai against the ropes, where he capitalized with horizontal elbows.

Lobo’s confidence grew, and as Yodpanomrung went for a high kick, the Revolution Muay Thai Phuket standout swept the Thai off his feet. Seemingly one step ahead, “Demolition Man” leaped in with a Superman punch that cracked his foe’s crown.

One more charge from Yodpanomrung earned him two clean knees and just as many kicks as the match concluded. 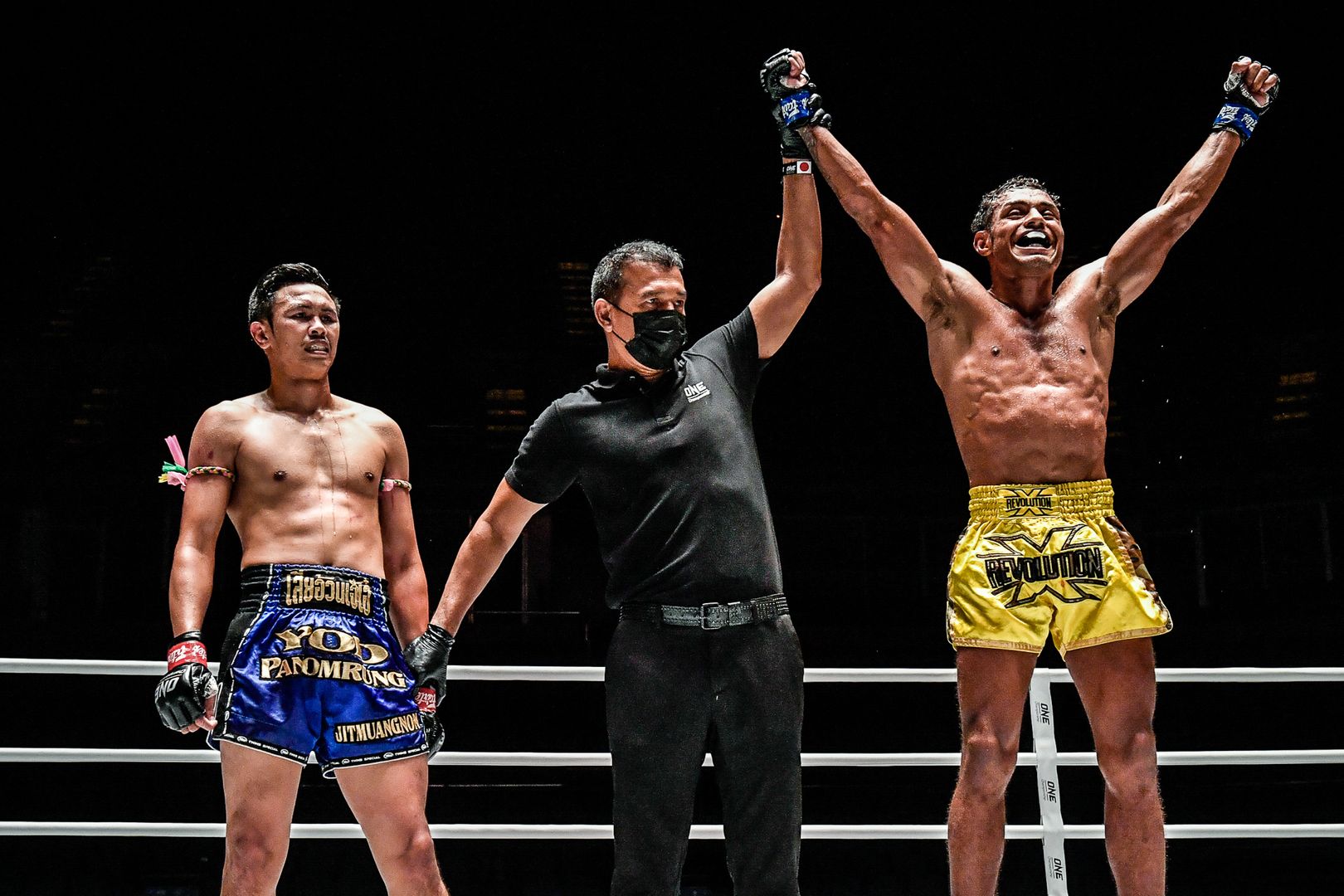 In the end, however, the judges gave the split decision nod to  Lobo, who bumped his record to 20-4 and earned a win in his ONE Super Series debut.