Egyptian flyweight Walaa “Katyusha” Abbas will attempt to capture her first victory under the ONE Championship banner at ONE: DEFENDING HONOR on Friday Night, 11 November, at the Singapore Indoor Stadium.

The Cairo, Egypt native is set to square off against the undefeated and highly-touted prospect, Tiffany “Soul Crusher” Teo. It will be her third bout with the organization.

Walaa is facing a number of interesting challenges on various levels as she is fighting Teo in her opponent’s home country, on her promotional debut, and on her birthday at that.

However, she is not worried how any of those factors play into the fight itself once the cage door closes. After all, she is accustomed to, and comfortable with the idea of, fighting in enemy territory.

“We at Egyptian Top Team always seem to fight our opponents in their hometown. It is not a big problem for us,” the 32-year-old explains. “We are usually on that side of things.

“I am ready to fight anyone at any time in any place. I am coming for our honor and to bring the fight to her. It is my life.” 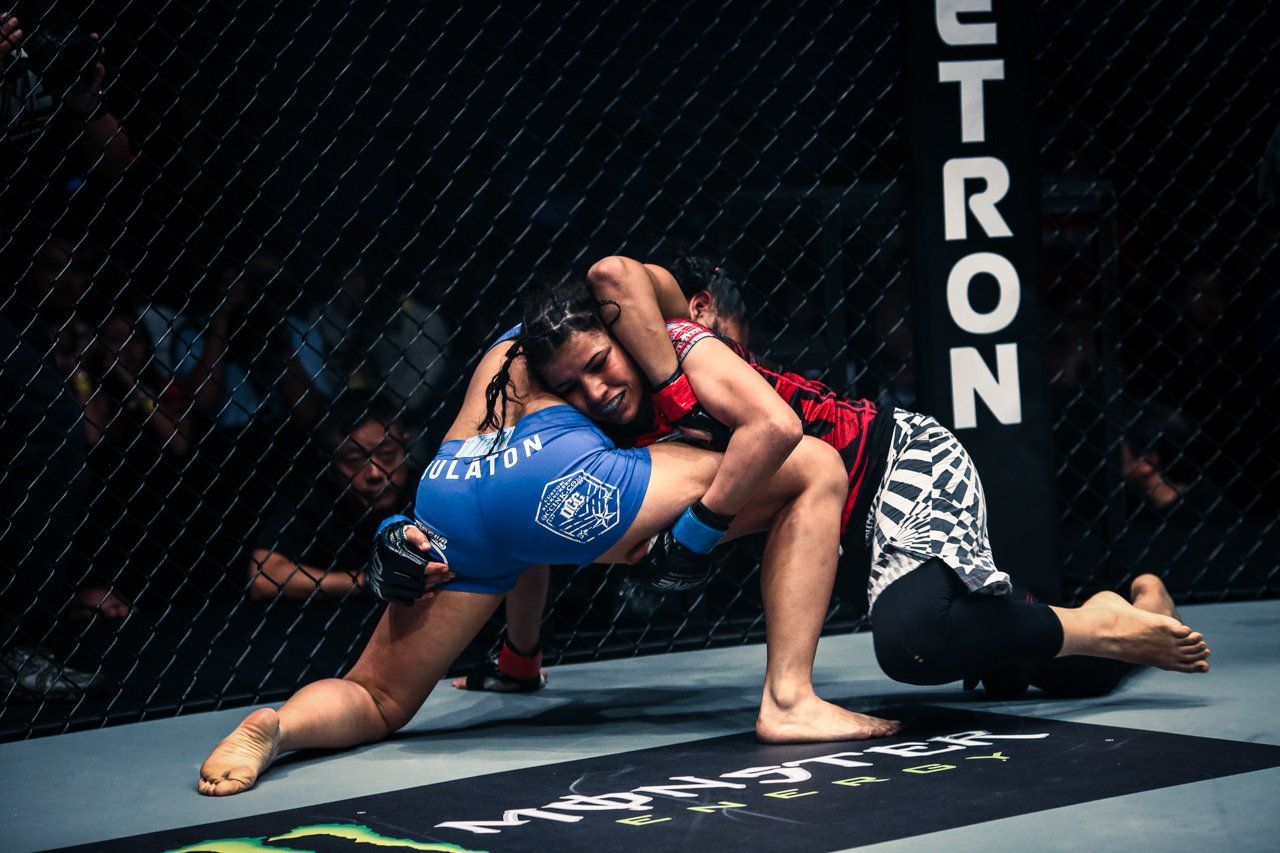 Walaa established a respectable career in boxing, even winning her country’s national boxing championship, before her transition to mixed martial arts. Teo, on the other hand, comes from a strong Muay Thai background.

The Egyptian expects a stand-up showcase with a dramatic finish as she envisions her hand being raised at the end of the contest.

“I think she is training more on the ground for me, but I am ready,” Walaa says. “I am training more and more to reach a higher level in MMA, especially because I am facing a good fighter, a big fighter, in her hometown. I think this fight might end by TKO or KO.”

“Katyusha” has spent the majority of her time training at the aforementioned Egyptian Top Team in her home country, where MMA is relatively new to that region of the world.

The acceptance of the sport by the Egyptian people has been an inspiring factor for all of the talented fighters who reside there, and the popularity has grown leaps and bounds in such a short period of time.

“We have big fans of the sport of MMA,” she says. “Now it is the biggest sport in Egypt. Many people knew me as a kickboxer, [but] now they know me as an MMA fighter in ONE Championship.”

Walaa is a talented fighter. She had an unsuccessful MMA debut in 2012, but she bounced back the following year with a pair of TKOs in the Egyptian Fighting Championships. 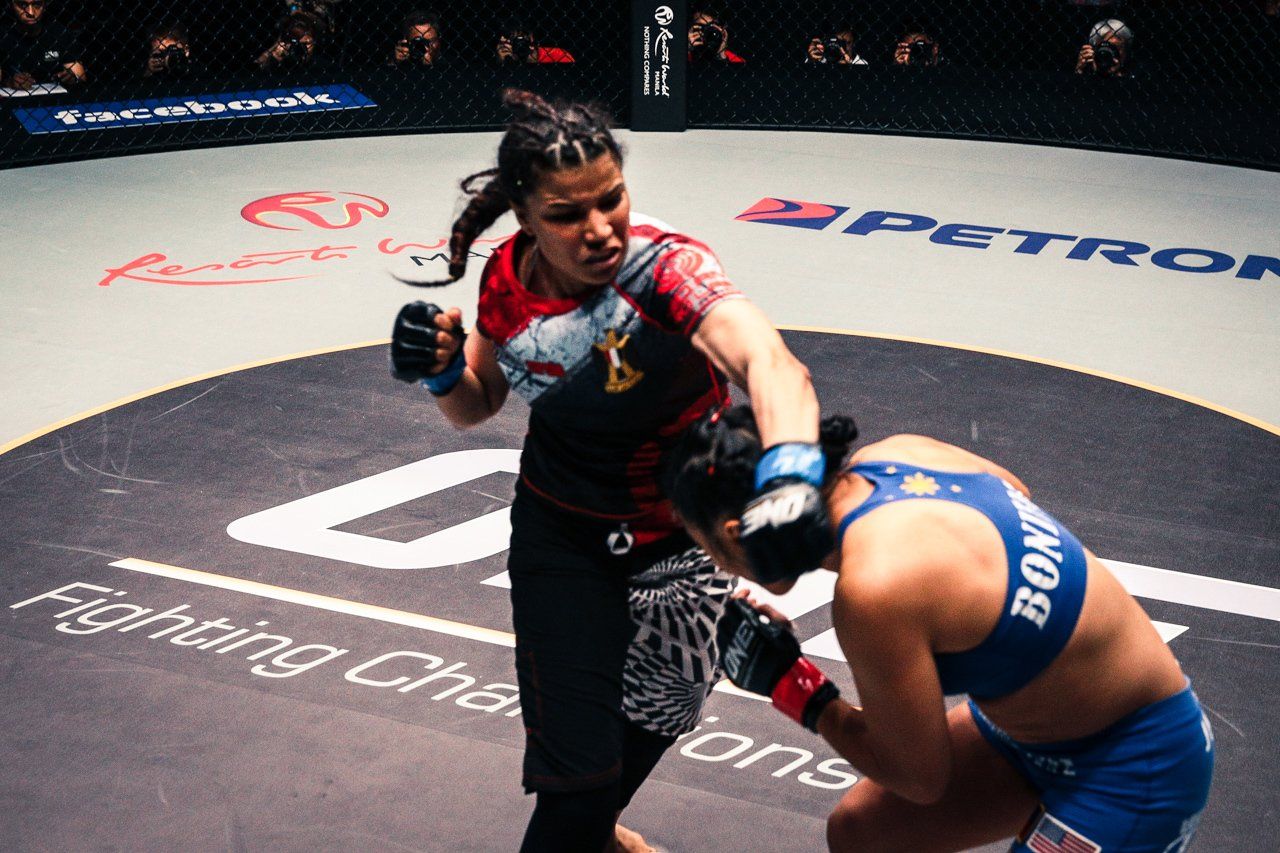 The flyweight signed with ONE soon thereafter, but lost two very tough fights against top level competition in Ann Osman and Ana Julaton. Even though her record shows losses for both fights, Walaa feels she showed great promise and won certain aspects of the match with Julaton.

“With Ana Julaton, I feel I won the fight. You can watch the fight yourself. I won by out-boxing her,” Walaa says. “A lot of people talk to me about her being the number one boxer in Asia. I dominated her and beat her in all three rounds in boxing.”

Sporting a winless record for ONE, Walaa certainly feels a little pressure to pick up her first win in the organization. The stress come from various directions, but Walaa has the ultimate goal of victory and sharing every bit of success she has with her fellow countrymen, who have shown such great support to her and her team.

“I am always under pressure,” she admits. “Egyptian fans are very angry when we do not win. My coach always wants his fighters to do well, to win, and to be victorious in all fights. I feel pressure from my coach and my team because I want to get the victory for all of us.”

The chance to get that victory is rapidly approaching, and on fight night, it will be up to Walaa to seize it.