Russian standout Abu Muslim “Merciless” Alikhanov produced a textbook display of Dagestani grappling before taking home the victory in his ONE Championship debut.

The Russian lightweight moved his flawless professional mixed martial arts record to 3-0 at ONE: A NEW BREED II on Friday, 11 September, with a second-round leg lock submission over Pascal “Money P” Jaskiewiez. 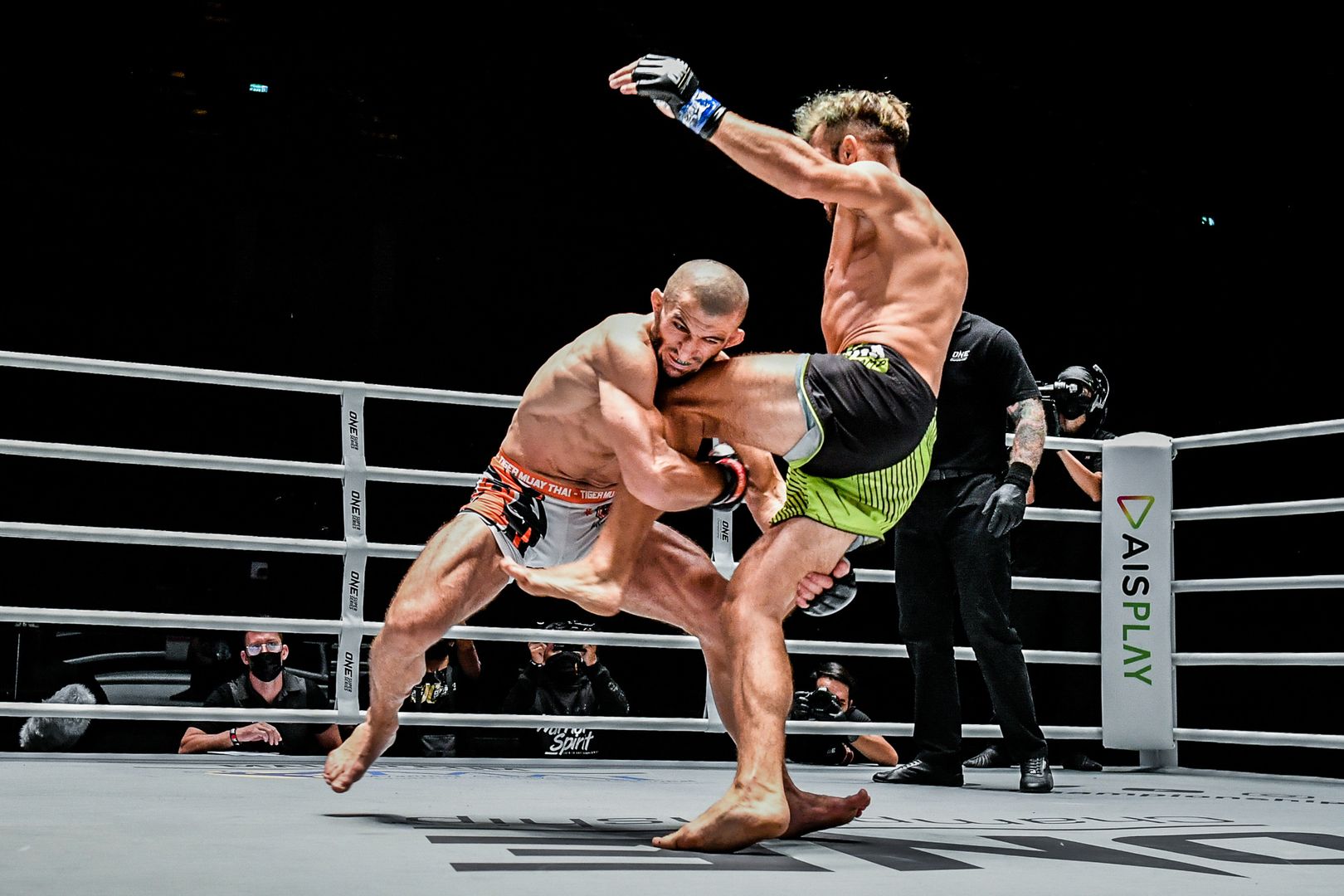 After a tentative start to the match, Jaskiewiez began to come forward with striking to pressure Alikhanov. However, that was just what the Russian was waiting for, as he timed an oncoming leg kick for a takedown.

Ultimately, that would be the story of the first round.

In spite of being stood up twice from top position, “Merciless” displayed his superior grappling with three takedowns, including one late in the round after changing levels when the Frenchman threw a right hook.

The Tiger Muay Thai-trained Russian had clearly figured out his opponent’s timing. So, when Jaskiewiez moved forward aggressively at the start of the second stanza, Alikhanov came in under a left straight punch to take down “Money P” for the fourth time.

Although he lost the Americana submission attempt and was stood up, Alikhanov had the confidence to go for the finish. He timed another takedown off of Jaskiewiez’s strikes, and while the Frenchman tried to kick away and return to his feet, the Russian grappling ace grabbed his right leg and sat back for a leg lock.

As they rolled, “Merciless” torqued and forced the tap at 2:08 of the second round. 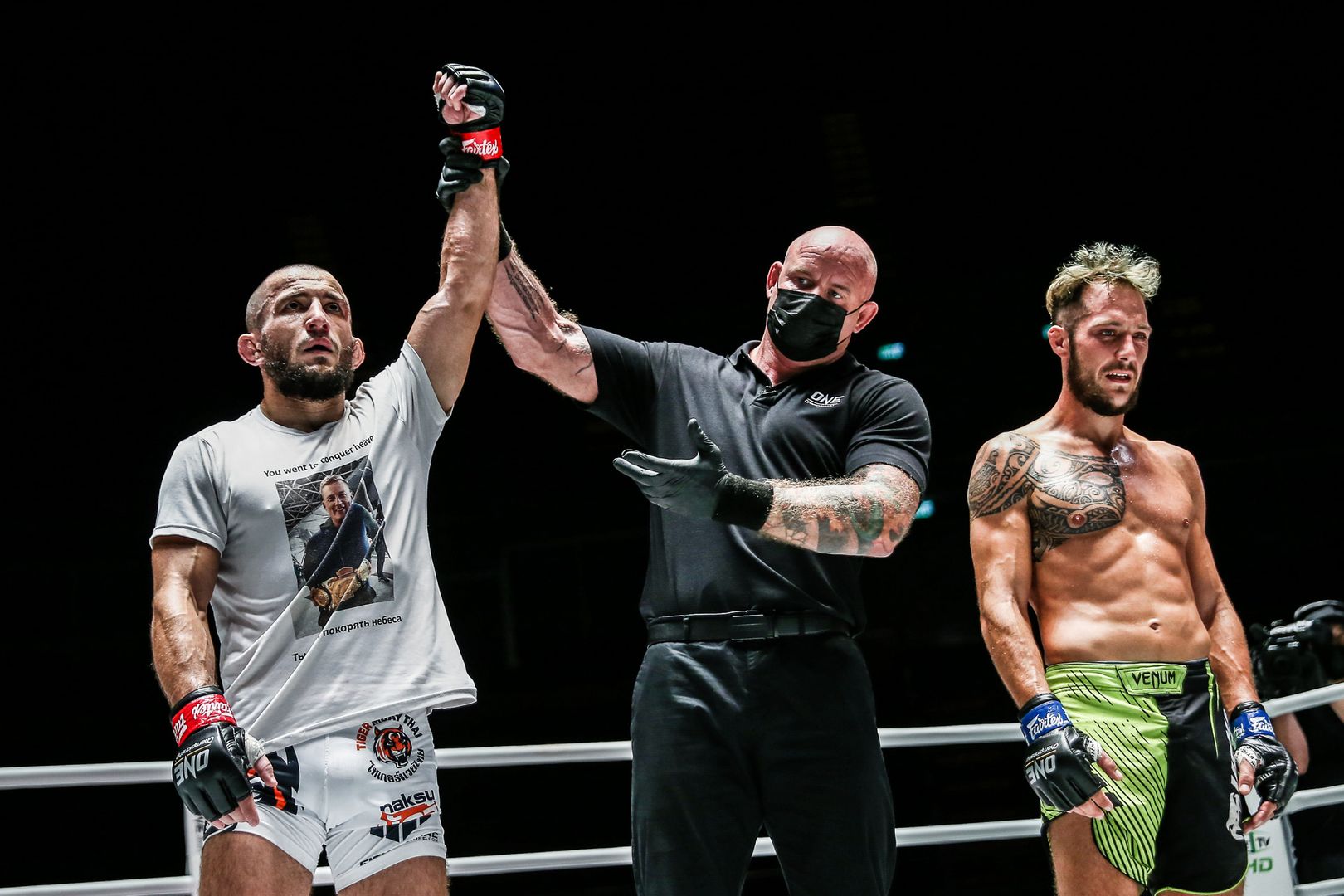 It was a dominant performance from the man who moved to Thailand to work on his striking at Tiger Muay Thai.

In the process, Alikhanov announced himself as a rising star to watch in ONE’s lightweight division.