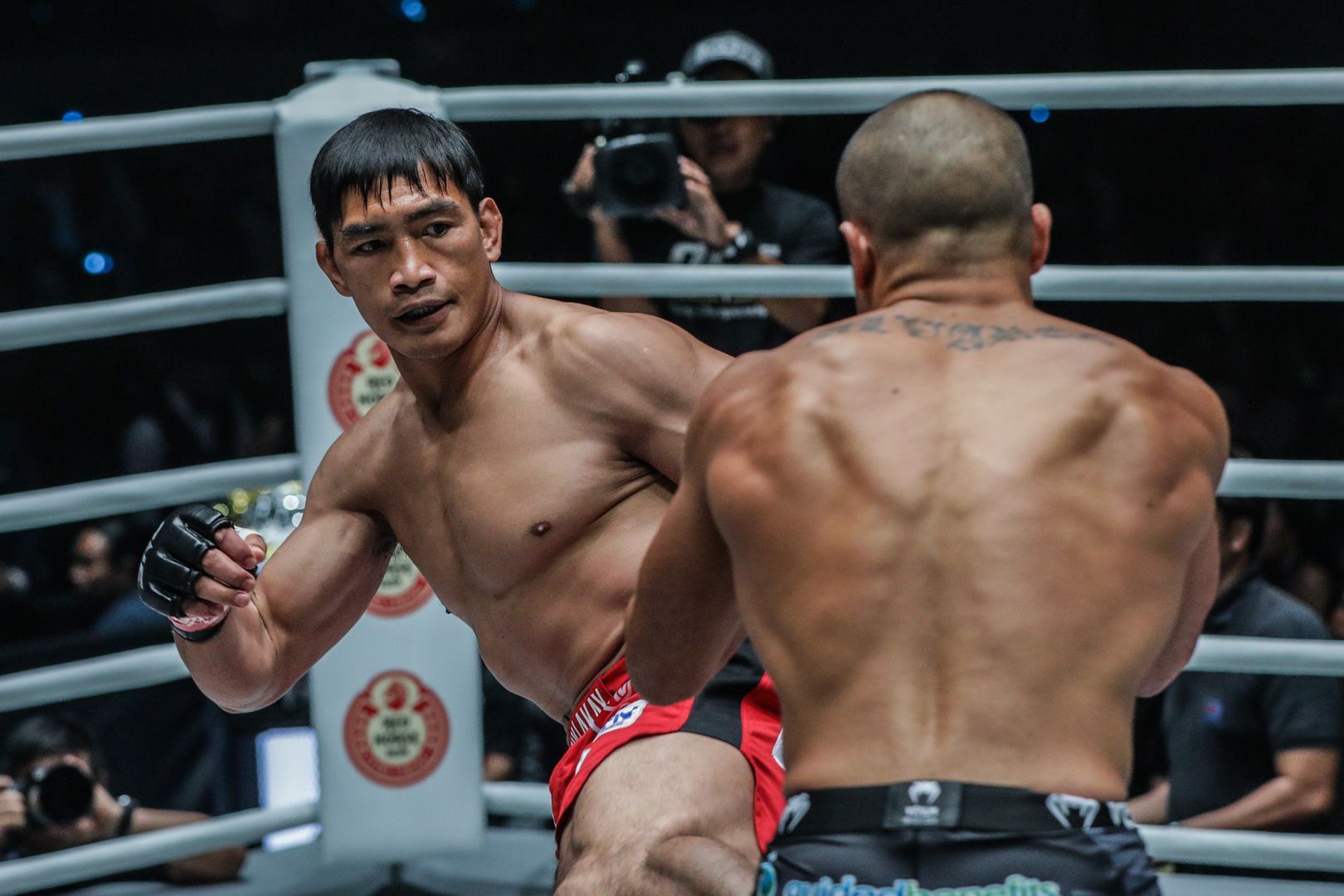 Former ONE Lightweight World Champion Eduard Folayang may have a world-class striking pedigree, but he isn’t taking his upcoming opponent for granted.

The 38-year-old Filipino MMA icon will make the switch to Muay Thai when he steps into the Circle with Australian legend John Wayne Parr at ONE X this Saturday, 26 March.

Folayang will be the younger man in their battle at the Singapore Indoor Stadium, but he knows dismissing “The Gunslinger” would be a grave mistake. After all, Parr is a 10-time Kickboxing and Muay Thai World Champion who wants to ride off into the sunset with his 100th career victory.

That’s why Folayang isn’t taking the Aussie lightly. He said:

“It’s always wrong to underestimate legends because of their age. Legends are like fine wine. They may be old, but they can still take you out.

“You know me, whoever my opponent is, whatever the circumstances may be, I always think of them in their most dangerous form. I just have to do my part, prepare and showcase what I’ve been training for. It’s always dangerous to underestimate opponents, especially legends.”

“The Gunslinger” has enjoyed an incredible career that’s spanned nearly three decades, and he has defeated many of the world’s best strikers including Yodsanklai Fairtex, Lamsongkram Chuwattana, and Dzhabar Askerov.

By sharing the Circle with the Aussie for his last battle and having to concentrate solely on stand-up fighting, Folayang believes his skills will reach a new level.

“There are a lot of people who want to fight John Wayne Parr in his retirement bout. I saw this as a big opportunity to fight him in his domain, and I like challenges.

“I’m an athlete who doesn’t back down and looks for reasons to back down. We look for challenges for us to grow and to evolve into better fighters. This could further unlock my potential. Who knows? Maybe my style is something he hasn’t seen in his time in the sport.”

Will Eduard Folayang Make A Permanent Move To ONE Super Series?

John Wayne Parr is credited by many to have pioneered caged Muay Thai, a modification of traditional Muay Thai that features four-ounce MMA gloves. That influence is felt in ONE Super Series, the promotion’s all-striking branch.

Eduard Folayang is among a handful of MMA fighters to enter the ONE Super Series ranks, and should he defeat the Aussie legend at ONE X, it could open up a whole new world for him.

In many ways, the man known as “Landslide” is using this legends fight as the case study.

“I want to get a feel for the sport, for ONE Super Series in this fight. Maybe after this fight, I will be able to assess and think about what I truly want to do moving forward. It’s hard to say yes immediately. It just so happened that this opportunity opened up for me, and I grabbed it. After this, I’ll be able to decide.”

Despite also being a highly decorated wushu practitioner with multiple gold medals, Folayang is now just dipping his toes in Muay Thai.

Between that and Parr’s vast Muay Thai competition experience, the Filipino is entering this bout as the underdog.

That doesn’t faze Folayang, however. In fact, he has been living the underdog story since childhood. For him, all he has to do is block out the noise and concentrate on the task at hand.

“That’s just the way it goes, I guess. I’ve been competing for a long time, and I think this is a good thing for me. They expect me to come in as the underdog, and that’s okay. It gives me a chance to focus on myself, and the problems that I will be giving him inside the ring.”

On Saturday, the world will see exactly what problems Folayang will give Parr at ONE X.