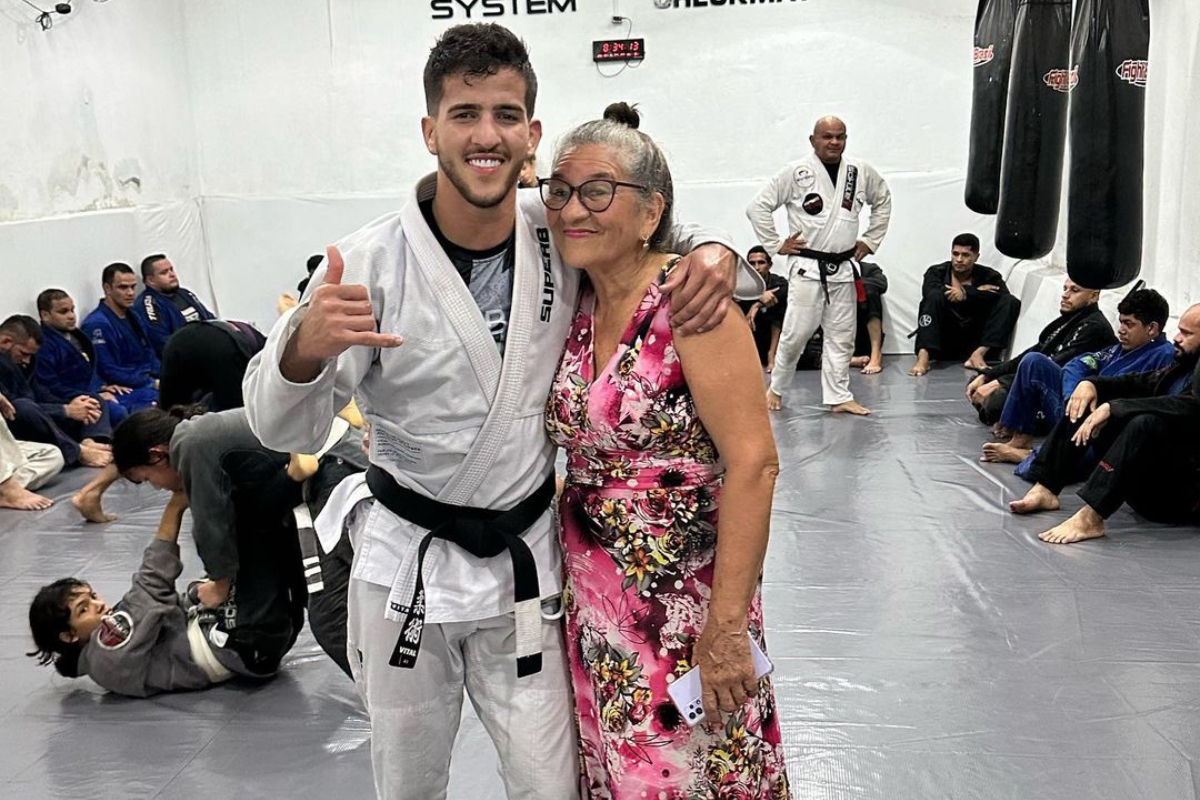 Matheus Gabriel is ready to battle one of the biggest Brazilian Jiu-Jitsu superstars on the planet in his ONE Championship debut this Friday, December 2.

The 25-year-old will challenge ONE Lightweight Submission Grappling World Champion Kade Ruotolo for the belt at ONE on Prime Video 5, and he’s trained his whole life for these kinds of opportunities.

Gabriel has already tasted success at the elite level of BJJ as a two-time IBJJF World Champion, but nothing is bigger than claiming gold in the world’s largest martial arts organization.

Find out about the Brazilian’s journey from a rambunctious youngster to a grappling sensation ahead of his first promotional appearance at the Mall of Asia Arena in Manila, Philippines.

Gabriel was born in Manaus, Brazil in 1997, where he and his older sister were raised mostly by their grandmother.

Still, his parents worked to financially support their children so they could grow up without the burden of poverty that affects many families in the region.

“My childhood was very good. My parents were already separated. I lived with my father for a while, then with my mother, but it was my grandmother who raised me since I was little. It was from her that I learned what is right and what is wrong in life.

“My family is very humble, but we have never had difficulties. My father is self-employed and my mother works in sales. They always supported me, but as I said, it was my grandmother who supported me since I was little.”

Like many kids who become high-level martial artists, Gabriel had endless energy that he channeled through sports, particularly soccer, while spending most of his time outside with his peers.

It also meant that he didn’t thrive in school and that his behavior was an issue – though he always had his morals.

“I was very naughty at school. And I didn’t like studying very much. Despite being a naughty kid, I always respected everyone and never bullied anyone. And I didn’t like to see other kids being bullied. I was the guy who protected some kids so they wouldn’t get bullied.”

Given Gabriel’s energy and behavior, his grandmother decided to sign him up for Brazilian Jiu-Jitsu classes to see if it could help curb his issues.

At first, the young athlete wasn’t convinced, but the more he trained, the more he grew to appreciate combat sports.

“I started jiu-jitsu when I was 8 years old. I was behaving badly, so my grandmother decided to enroll me in jiu-jitsu.

“At first, I didn’t like to train, I thought that grabbing thing was weird. And I liked playing soccer the most. My grandmother forced me to train, but over time, I fell in love with the sport.”

The benefits of martial arts training started to transform Gabriel and even worked their way into other aspects of his life.

He was doing better in school, getting into less trouble, and having a positive outlet to focus on. Plus, he was beginning to cultivate bigger plans for his future.

“After I started jiu-jitsu, I became a more disciplined kid, and my education started to improve too, both at home and at school.

“I fell in love with jiu-jitsu as I became more disciplined, as I learned more about respect, and also when I started to travel. My first plane trip was because of jiu-jitsu.

“I kept thinking that I could travel all over Brazil. At that time, I didn’t even dream that I could compete, much less live outside my country. I thought everything was really cool at that age.”

Gabriel’s passion and commitment made him a standout student and competitor.

His success in BJJ caught the eye of an organization that aimed to provide opportunities for gifted young athletes, and at 15, he moved to the capital city of Rio de Janeiro to train in the sport full time.

With his main expenses covered, the teenager could focus on getting to the elite level while taking on some additional responsibilities to push himself even further.

“I went to train in a social project by Professor Marcio Rodrigues. In the project, he had an athlete from each state in Brazil. In this project, I met [BJJ World Champions] Lucas ‘Hulk’ Barbosa and Erberth Santos, among others.

“As my family had no money to send me, I worked in a nightclub to buy extra things. In the project, they paid for all the meals and registration for the championships, but the extra was on us.”

The project lost its funding after a couple of years, so Gabriel was forced back home to Manaus, but his progress had not gone unnoticed.

Before long, he was offered a spot in a new program called Exclusive BJJ to go coach and compete in the United States.

With the backing of his grandmother, the teenager moved to North America to follow his dreams, and he’s made sure to repay her support ever since.

“I am very grateful to [owner] Joao Paulo Bertuccelli and the entire Exclusive BJJ team. This sponsorship was very important to me. It was the first sponsorship that I started earning money. I received this money in an account in Brazil and I didn’t use it because I used it to help my family in Brazil.

“With them, I achieved the goal we set. I stayed with them from purple belt to black belt and became a BJJ World Champion.

“My grandmother the reason I’m competing and now teaching jiu-jitsu in the United States. Whenever I win a competition, I always thank her and God. In the last competition I participated in, I won 100,000 reais (US$20,000), and I gave all the prize money to her.”

Going For Gold On The Global Stage

Gabriel is now one of the hottest stars in BJJ, and if he can dethrone Ruotolo to claim the ONE Lightweight Submission Grappling World Title, his career will reach a new peak.

With so many eyeballs set to watch the match live in U.S. primetime on the huge Prime Video platform this Friday, the Brazilian wants to make a big impression and show the world what he’s all about.

“The grappling division is still new, but it already has big names like Garry Tonon and the Ruotolo brothers. Joining them is an honor. I am very happy to be part of ONE.

“I will be joining several MMA and grappling legends, so if I become a ONE World Champion, it will be amazing. I’m betting on my submission game. I’m going into this fight to submit and win the belt.”