As a teenager, Jacob Smith could never have imagined that he’d be traveling across the globe to compete against the world’s greatest strikers in massive stadiums.

However, when he makes his ONE Super Series debut against Rodtang Jitmuangnon at ONE 157: Petchmorakot vs. Vienot on Friday, 20 May, he’ll be doing just that.

The Englishman will be facing his division’s reigning king in the quarterfinal round of the colossal ONE Flyweight Muay Thai World Grand Prix, and that opportunity is a testament to the way he’s turned his life around through “the art of eight limbs.”

Before Smith steps into the Circle to battle the Thai megastar at the Singapore Indoor Stadium, discover the tough road he’s taken – and the ultimatum that put him on the right track.

The 29-year-old Englishman was born in Birkenhead, Merseyside, where he initially lived with his parents and younger brother.

But while his father worked hard in construction to provide for his children, their start to life was not easy due to his mother’s substance abuse.

“My childhood was tough in stages. My mum was a drug addict, and she would come and go. She didn’t work. But my dad did his best and was always a good dad,” Smith said.

“Sometimes, he would go out for work, and my mum would wait for him to go, then leave me in [the house] with my little brother. No one would know until my dad come in from work asking where my mum was.

“This was when I would have been about 7 or 8 years old, and my little brother 2 or 3. Sometimes, she wouldn’t come back for a few weeks, then turn up like nothing had happened.”

When Smith was 10, his father knew the children needed a more stable environment, and he moved with his two sons to live their grandmother.

Though the ThaiFist and Bad Company athlete never had the support he needed from his own mother, his dad’s hard work and the love he found from other family members helped him through.

“We stayed with my nan – my dad’s mum – until I moved out with my fiancee, Rebekah, when we were 19 and she was pregnant with our little girl Isamay.

“My nan was the most special lady in my life and taught me so much. We didn’t have a lot but she made sure I had everything I needed. There will never be a women as special as her on earth again.

“Me, Rebekah, and my kids have a really close relationship with my nan and grandad – my mum’s mum and dad – too. They have well and truly given us the time and love my mum never did.”

Despite the positive changes at home, the reality of life in the area of Birkenhead where Smith grew up meant that he got embroiled in the dark side of street culture.

He was a standout soccer prospect – playing for academies at Everton, Blackburn, and Tranmere – but at 16, he gave up on everything he’d accomplished to that point.

“I was basically on the verge of signing a professional contract, but I’d been doing it so seriously for that long, I got sick and tired of it. One day I stupidly just texted my dad and said, ‘Listen, dad, I’m not going back.’ That was just the kind of kid I was. When I was 16, I thought I ruled the roost, that no one could tell me what to do,” Smith said.

“That wasn’t the reason why I was a little [rebellious] when I was younger though. It’s just like that round my area. It’s rough and ready, and if you’re not like that with the lads and getting up to whatever, then you don’t really have many friends because they’re all up to the same things.”

After getting expelled from school and making “easy money” from his hustle on the streets, it looked like a life of crime was Smith’s destiny.

However, when he met Rebekah, he picked up a new hobby – not knowing it would completely turn his life around.

“Rebekah had been doing Thai boxing from a very young age, so when we got together, she knew the stuff I was up to and said, ‘Come along to the Thai boxing with me one time.’”

“I’d never even heard of it, to be honest, but I went along and gave it a go. I loved it. But I was still out and and doing whatever else on the streets. I was just doing Thai boxing for fun, to keep fit, a bit of excitement.”

‘I Need To Stop Doing This’

Smith was enjoying his new sport and got involved in interclub competitions and fights as soon as he could, but it was nothing serious to him until Rebekah became pregnant with their first child, Isamay.

As a lifelong Muay Thai practitioner, she knew her partner had the chance to excel if he committed himself, and it could be the only way to keep him out of trouble.

So, she offered him a choice.

“Rebekah gave me the ultimatum: either carry on what I’m doing and she will leave me, or stop it all and take Thai boxing seriously to see how far I could go,” Smith says.

“Then my little girl was born, and it was like, ‘Right, I need to stop doing this, or I’ll end up getting killed or in jail.”

Smith made the choice to leave his old life behind and focus solely on Muay Thai.

Although at first he wasn’t experienced enough to do it himself, he backed Rebekah, and the pair opened up ThaiFist Muay Thai together.

From there, the talented striker trained constantly and quickly worked his way up the United Kingdom rankings, developing both as a fighter and then as a coach. These days, the gym is a success, and Smith has a much different path set out for him in life.

“I thought making money on the streets was going to be forever as a naive teenager. I would never have thought in a million years that I’d be fighting on the biggest platforms on the planet and being a role model for people.

“When I was a teenager, I was horrible, but you’re talking 10 years later. I’m at 29 now, and I’ve matured a lot. It’s basically a dream come true. I’ve got a second chance at life, because the life I could have led would have been so much different to the life I’m leading now.”

Doing It For His Family

Now a proud father to daughter Isamay and son Toby, Jacob Smith is preparing for the biggest fight of his career in the world’s largest martial arts organization, and he believes ONE is the place where can truly solidify his future.

Alongside Rebekah – and against all odds – his hard work has led to this point. Next, he thinks the adversity he’s overcome will help him when he squares off against the greatest on the global stage.

“I have had tough times growing up and never had a lot, but it’s made me who I am today. I will face anything head-on, and I think anything is possible if you put the time in,” Smith added.

“I’m now doing everything in my power to give my kids what I didn’t have. ONE Championship is going to do that for me.” 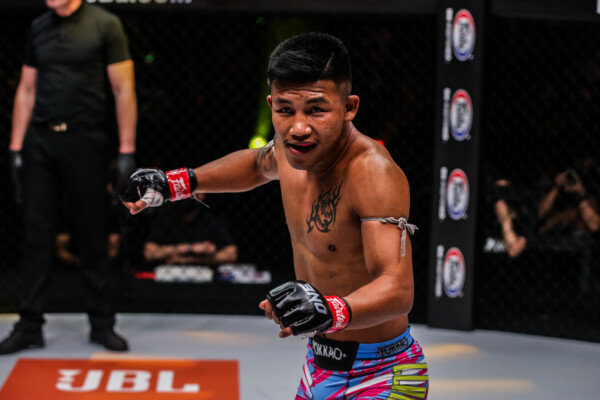 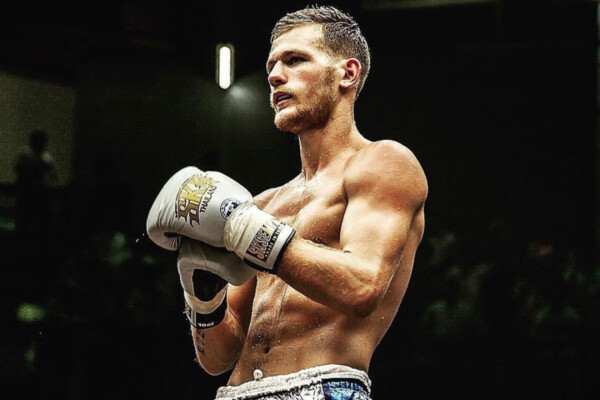